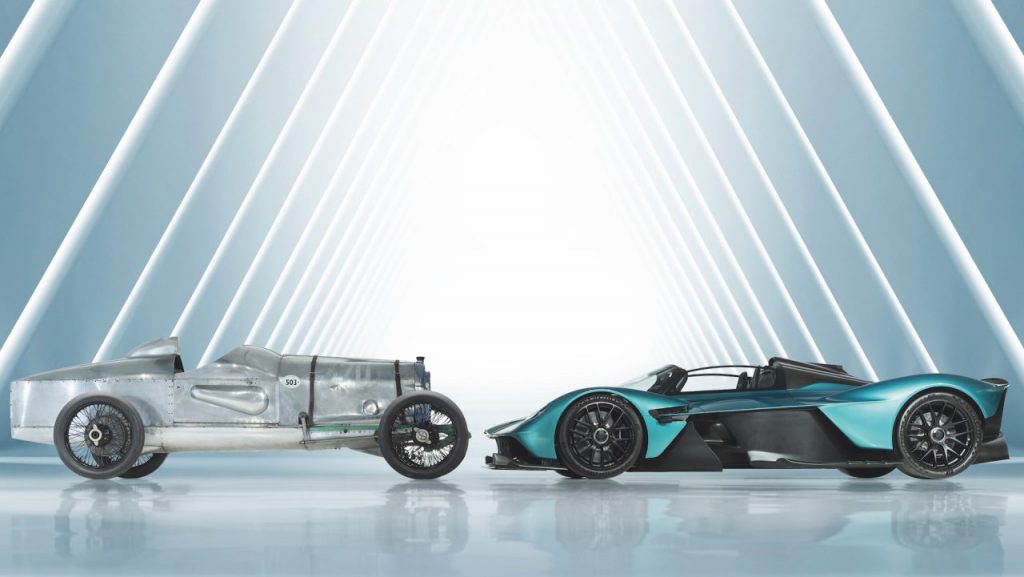 Aston Martin will celebrate its 110th anniversary throughout 2023, including with a new model to be revealed later in the year.

The automaker considers Jan. 15 to be its official anniversary. That’s the day in 1913 that founders Lionel Martin and Robert Bamford officially formed the partnership that led to the first Aston Martin car. That is not the car in the accompanying photos; Aston chose the decade-newer 1923 Razor Blade race car to pose alongside its Valkyrie hypercar for those shots.

Part of the celebration will include a “new, strictly limited, exclusive Aston Martin model, to be unveiled later this year,” the automaker announced in a press release. That could be a new special edition along the lines of the V12 Speedster, but the release also says Aston will “unleash the first of its highly anticipated next generation of sports cars” in 2023.

The Aston Martin Valhalla supercar was originally scheduled to debut in 2023, but Aston previously told Motor Authority that the launch had been pushed back to 2024. The Valhalla has already been rebooted from the initial concept version shown in 2019, with different styling and a new powertrain. A mid-engine Vanquish is expected to follow in 2025.

Aston also plans centenary celebrations at prominent automotive events such as the F1 British Grand Prix, the Goodwood Festival of Speed, and the Pebble Beach Concours d’Elegance, the centerpiece of Monterey Car Week. This year marks other notable anniversaries for the automaker as well, including the 75th anniversary of the DB line, the 60th anniversary of the DB5 made famous in the “James Bond” franchise, and the 20th anniversary of Aston’s current headquarters in Gaydon, England.