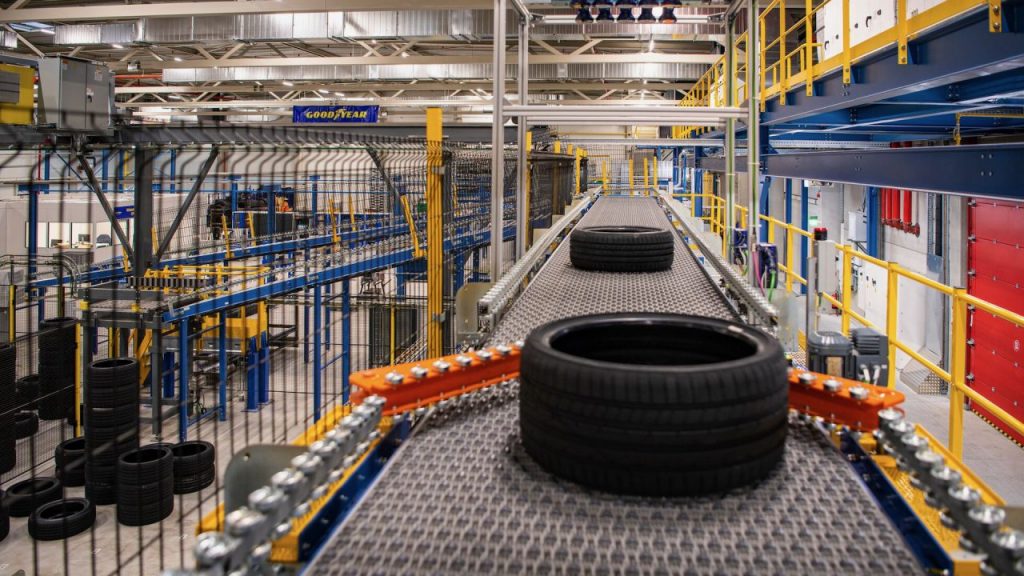 Called a “demonstration tire” by the company, the tire isn’t ready for production, but has passed all applicable regulatory testing, as well as Goodyear’s internal testing, according to a press release. That testing also showed lower rolling resistance than a comparable conventional tire, which helps boost efficiency and thus decrease the amount of fuel or electricity needed to go a certain distance.

The demonstration tire uses 17 ingredients that are sustainable, or at least have a lower environmental impact than conventional tire materials, across 12 tire components.

Another green ingredient is soybean oil, which is used to keep the rubber compound pliable in different temperatures. It replaces petroleum-based products, and is sourced from leftover soy from food and animal feed, according to Goodyear. The company is already using soybean oil in some production tires, including racing tires.

Also included are silica made from rice husk waste residue, polyester from recycled bottles, pine-tree resin, and polymers from bio feedstock. The steel for this radial tire’s cords is made from a high level of recycled content, produced in an electric arc furnace that allows for both more recycled content and less energy use, Goodyear claims.

Goodyear isn’t the only company trying to make tires more sustainable. Bridgestone has been developing natural-rubber tires with desert shrubs from the American Southwest, while Michelin and Hyundai have partnered to make tires more environmentally friendly.

Goodyear also has some more far-out tire concepts. the company said last year that it’s developing airless tires, and in 2020 it showed a regenerating tire concept aimed at reducing waste. Goodyear hasn’t discussed a firm timeline for commercializing those designs, but for now increased sustainable content is an important goal.