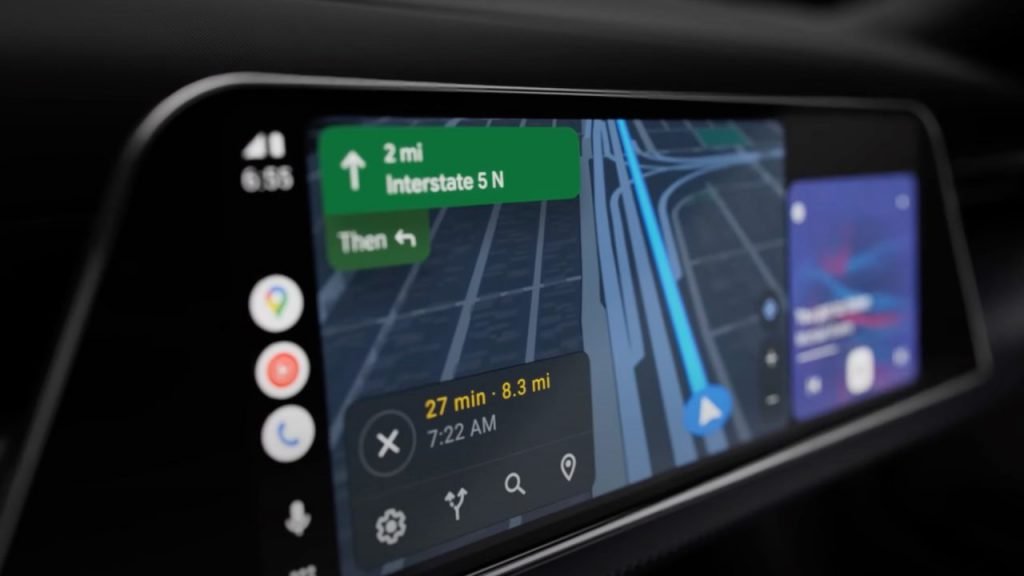 Google’s Android Auto interface has become the go-to choice for many drivers. Like the rival Apple CarPlay interface, Android Auto projects familiar smartphone apps onto a car’s infotainment system for a more straightforward experience. Now it’s getting an update.

Unveiled at CES, the update brings a fresh design and a handful of new features to Android Auto, which launched in 2014 and received its last major facelift in 2019.

Rolling out to users now, the new design moves Google Maps closer to the driver so it’s easier to see at a glance. Other changes include a new media card aimed at better displaying album art, and a quick-launcher feature for frequently used apps.

In addition to a revised look, Android Auto gains some new features. Google Assistant now provides suggestions like missed call reminders, as well as arrival time sharing and the ability to pull up music and podcasts. A progress bar has been added as well, so users can skip ahead to another song or episode.

Beyond the Android Auto updates, Google is also expanding availability of digital key functionality, which lets drivers use a smartphone in place of a key fob. Car owners can now share a digital key with Pixel and iPhone users to let other people borrow their cars, with Samsung and Xiaomi compatibility coming soon. While multiple automakers offer variations of this feature, Google’s version only works with BMW, although the company said it plans to add more car brands.

More automakers are also adopting Google Built-In features for their infotainment systems, letting drivers use Google apps without having to connect a smartphone. The 2023 Honda Accord is the latest model to add Google Built-In, joining certain models from Volvo and Polestar.

New features planned for Google Built-In include HD maps, which will launch on the 2024 Volvo EX90 and 2024 Polestar 3 electric SUVs. Drivers will also soon be able to watch YouTube videos on their car screens when parked. Google also plans to expand the roster of car brands with Google Built-In, with plans to add Ford and Lincoln later in 2023.