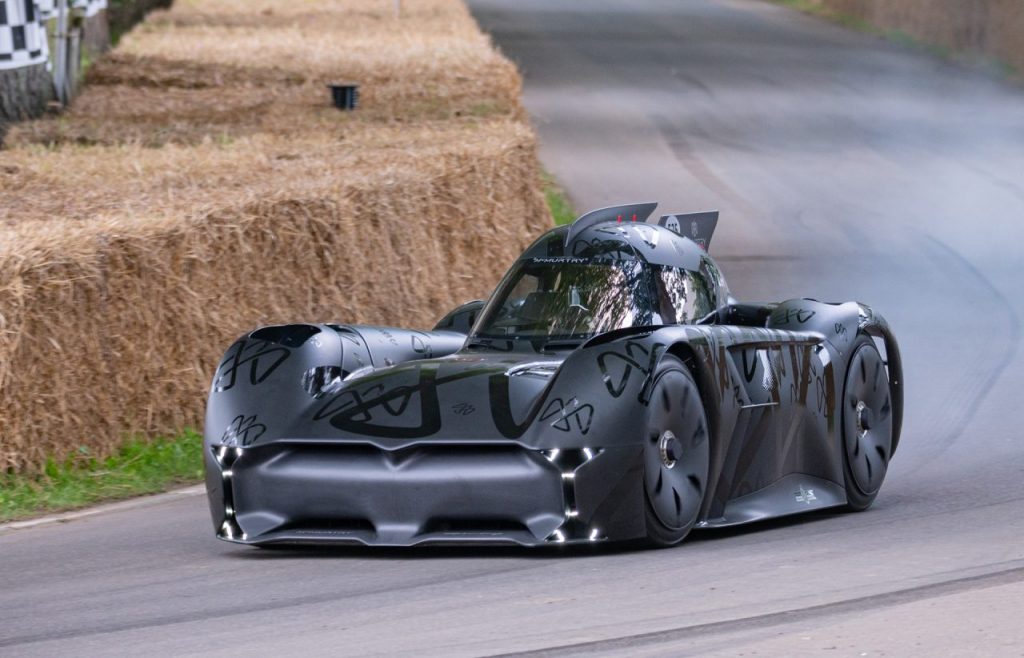 It’s well known that electric vehicles can post blistering acceleration figures, but the McMurtry Spéirling track car is on another level.

The team at McMurtry recently joined car sales company Carwow and had its YouTube presenter Mat Watson set some times in the Spéirling.

On a damp track surface that received some drying treatment, Watson managed to clock a 0-60 mph time of 1.4 seconds, a 0-100 mph time of 2.63 seconds, and a quarter-mile time of 7.97 seconds. Unlike most other published EV acceleration figures, the Spéirling’s time was measured without the use of rollout.

In comparison, the Pininfarina Battista hypercar needs 1.79 seconds to hit 60 mph, which is the current record for production cars, though that figure was achieved with rollout. Rimac’s Nevera hypercar has clocked a quarter-mile time of 8.5 seconds. Rollout allows the timing to begin one foot after the initial starting position.

The Spéirling, however, is a pure track machine designed to seat one in very tight confines, and for this test the car rode on bespoke drag slicks. Peak power is 1,000 hp, all of which is sent to the rear wheels in a vehicle that weighs less than 2,200 pounds.

To help with traction, the car has a fan-powered ground-effects system that can generate more than 4,400 pounds of downforce on demand.

McMurtry said the battery, thought to be a 60-kwh unit, can deliver a range of more than 300 miles in normal driving and 25 minutes of operation at track speeds comparable to a GT4 race car. The Spéirling is just as impressive when it comes to corners as it is down the dragstrip. In June, former Formula 1 driver and current Spéirling development driver Max Chilton set a record time of 39.08 seconds for the 1.16-mile Goodwood hill climb.

McMurtry is currently working on a road-going version of the Spéirling and has already opened the order books. Production will be limited to only a handful of cars and the cost will be in the seven figures. McMurtry will then launch a follow-up to the Spéirling, a car expected to be even smaller in size.