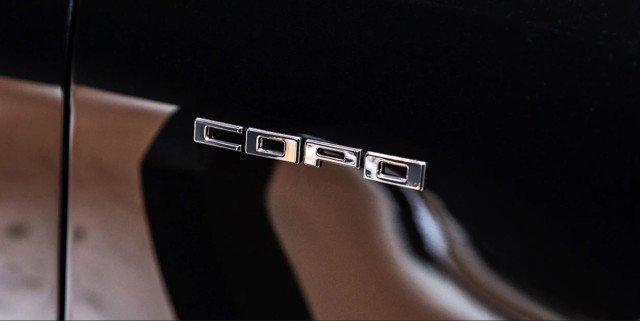 The engines are designed to meet NHRA Stock and Super Stock classes in which the latest COPO Camaro is intended.

The sole transmission available is a 3-speed automatic from ATI Racing Products and featuring a Hurst shifter. All COPO versions also come with fuel injection and a Strange Engineering rear differential with 40-spline axles. Other features include an aluminum torque tube and carbon-fiber hood.

Like previous models, the 2023 COPO Camaro is sold without or a title or VIN. Orders will require a $15,000 deposit, Chevy confirmed.

Chevy hasn’t said how many build slots will be available but the automaker has traditionally offered 69 units per year. The number matches the original run of 1969 COPO Camaros built with the aluminum 427 ZL1 engine. That engine weighed about 100 pounds less than the iron-based 396 big block offered in the Camaro and produced more power to boot, making it a popular option for the dragstrip.

The solution was originally devised by Illinois-based dealer Fred Gibb using Chevy’s in-house special order system, known as Central Office Production Order (COPO), hence the COPO name. Typically, the COPO system was used for fleet vehicle services such as special paint or truck equipment, but Gibb used it to equip the Camaro with the ZL1 427 engine.

Further details for the 2023 COPO Camaro, including pricing information, will be announced at a later date.