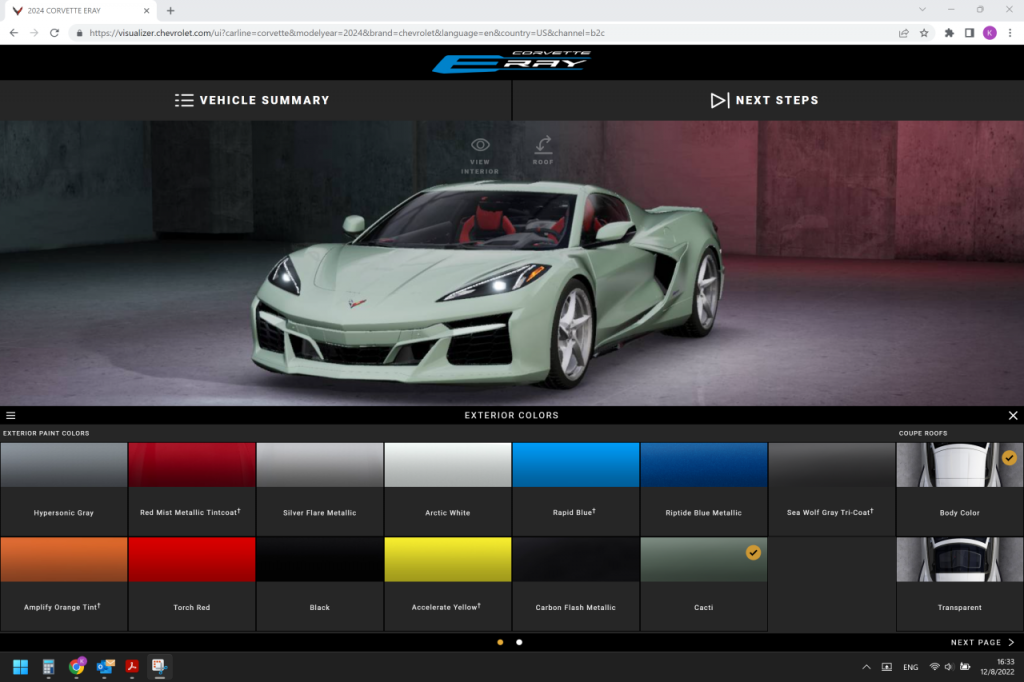 There’s been a lot of strange Corvette news as of late. First was the idea that Corvette may be spun off as a sub-brand and offer a Corvette crossover, EV, Zora hypercar and E-Ray hybrid in addition to the base, Z06 and upcoming ZR1. Now, it seems that Chevrolet accidentally leaked the E-Ray configurator/website on the evening of December 8th before taking it down.

According to CorvetteBlogger.com, Chevrolet admitted the gaffe, stating “Looks like the holidays came early for a few astute Corvette fans. Stay tuned for more.” So what exactly was accidentally leaked?

First, the E-Ray is destined to debut earlier than expected — clearly in the 2024 calendar year. We also know now that it will look like a Z06 widebody with body-colored trim. Additionally, it should be powered by a 490-horsepower LT2 V8 with electric assists on the front axle. There will also be a ZER Performance Package, though there is no information on what that will consist of. For wheels, take your pick among four five-spoke aluminum or three carbon fiber designs.

Feast your eyes on these screen shots that show the upcoming available colors, interiors and wheels, and stay tuned for more E-Ray news once Chevrolet officially makes it known.