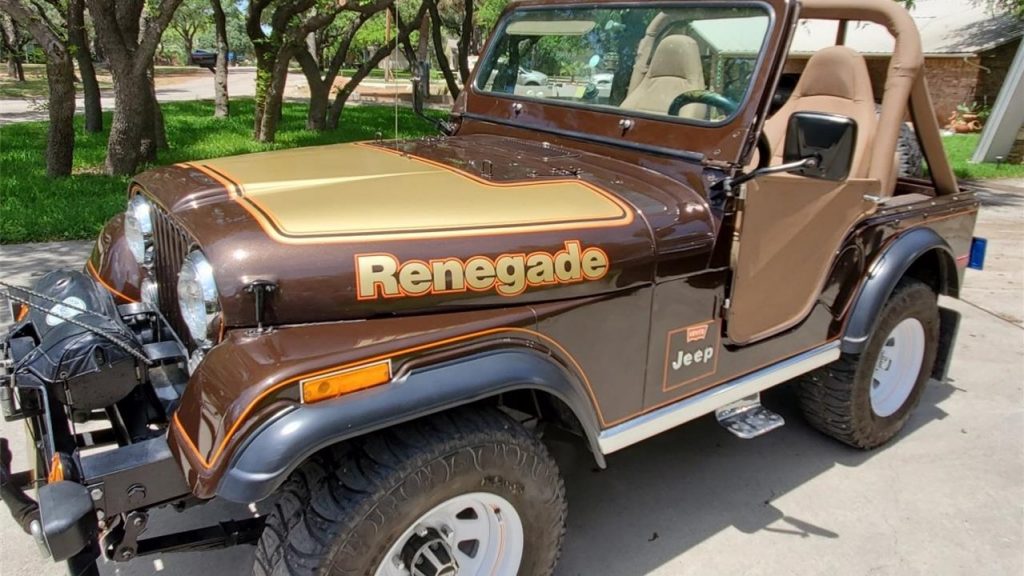 Part of the appeal of owning a Jeep is the ability to go anywhere, but when that Jeep comes with an accompanying pop-up tent trailer, you can also “stay” anywhere, too. It’s the best of both worlds!

The Pick of the Day is a 1978 Jeep CJ-5 listed for sale on ClassicCars.com by a private seller in Brownwood, Texas. (Click the link to view the listing)

“One of a kind,” the listing starts out. “Ready to play or take to shows. 1978 Jeep CJ-5 Renegade with matching pop-up tent trailer.” Talk about a two-for one deal.

The CJ-Series Jeep lineup dates to 1944. By that time, the Willys-Overland company had been manufacturing open-bodied off-road vehicles for World War II military applications for several years. A civilian/commercial version (thus dubbed “CJ”) became known as the CJ-1. Various generations of the CJ platform came to market from there onward, and the fifth generation (or CJ-5) was launched in 1955.

Ownership changes took place in the Jeep family in the years that followed, and in 1970, American Motors Corporation (AMC) took things over. Model year 1972 brought some significant changes to the chassis, body, and powertrains. The wheelbase was stretched by 2.5 inches and a box frame was utilized. But the CJ carried on with its go-anywhere utility and rugged appeal.

This 1978 CJ boasts a period-correct “earth tone” paint scheme with a brown base, tan accents, and orange pin striping – all capped off by Renegade graphics on the side of the hood. In the photo gallery, we see some nice touches including a winch, fog lamps, removable doors, a roll bar, and side steps adding to the vehicle’s curb appeal. In tow, the matching pop-up tent trailer is outfitted with identical tires and wheels along with a jerry can and a shovel.

Towing power comes from an inline-six paired with a four-speed manual transmission, and the seller believes the 85,000 miles shown on the odometer to be actual miles. “Great condition, full soft top and bimini top included,” the listing concludes.

The seller is asking $24,999 or best offer for this Jeep + trailer combo which is ready for a back-country Moab adventure.