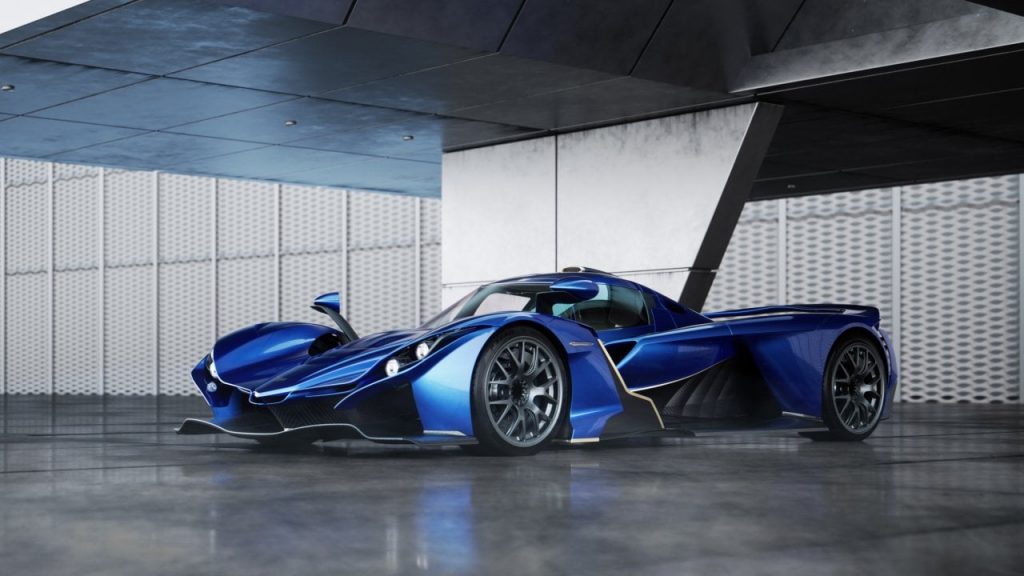 Another small hypercar company tossed its hat in the ring recently to garner a share of an exclusive and pricey market. However, the Praga Bohema has a different angle than other low-volume producers by having former Formula 1 and current IndyCar racer, Romain Grosjean, involved to develop the hypercar. The goal for the Bohema is simple to state but harder to pull off: to develop a high-performance track car that is civil enough to drive on public roads. Grosjean used the 3.7-mile Slovakia Ring circuit to assist in the Bohema’s development.

“I was astonished by the Bohema’s amazing performance on track, its accessibility on road, and the ease of transition between the two,” says Grosjean. “Praga truly delivered on my challenge! On the road, you get a smooth ride, the car eliminates the bumps, you can chat with the passenger, and everything is calm and OK. Then simply switch focus and you are on the track. The same clothes, the same car, but the feeling changes and you are pushing the limit and collecting amazing lap times again and again, discovering unbelievable possibilities in the Bohema. And we still have a few months to fine-tune the on-road compliance and on-track lap times!”

Praga is a 115-year-old Czechoslovakian vehicle, airplane and military equipment manufacturer. Currently it produces race cars, and the Bohema is an attempt to bring track performance to public thoroughfares.

The Bohema is still in development, so there are no definite specifications available. Praga’s goal is to keep the Bohema under 2,164 pounds and derive 700 horsepower from a Nissan GT-R-derived six-cylinder twin-turbo engine. Those are strong ambitions for a mid-engine, two-seat hypercar with a carbon monocoque chassis and body that is targeting GT3 lap times on semi-slick Pirelli tires. Development was conducted in an F1 team’s wind tunnel, so now the Praga’s aero tweaks provides more than 1,894 lbs. of downforce at 155 mph.

As previously mentioned, the Bohema is a low-volume offering with just 89 being produced to honor the 89th anniversary of Praga’s victory at the 1933 1000 Miles of Czechoslovakia endurance race. Praga expects to produce 20 handbuilt Bohemas annually over the next four years, each at a cost of $1.31 million. The Praga Bohema will begin production in Czechoslovakia in the second half of 2023.