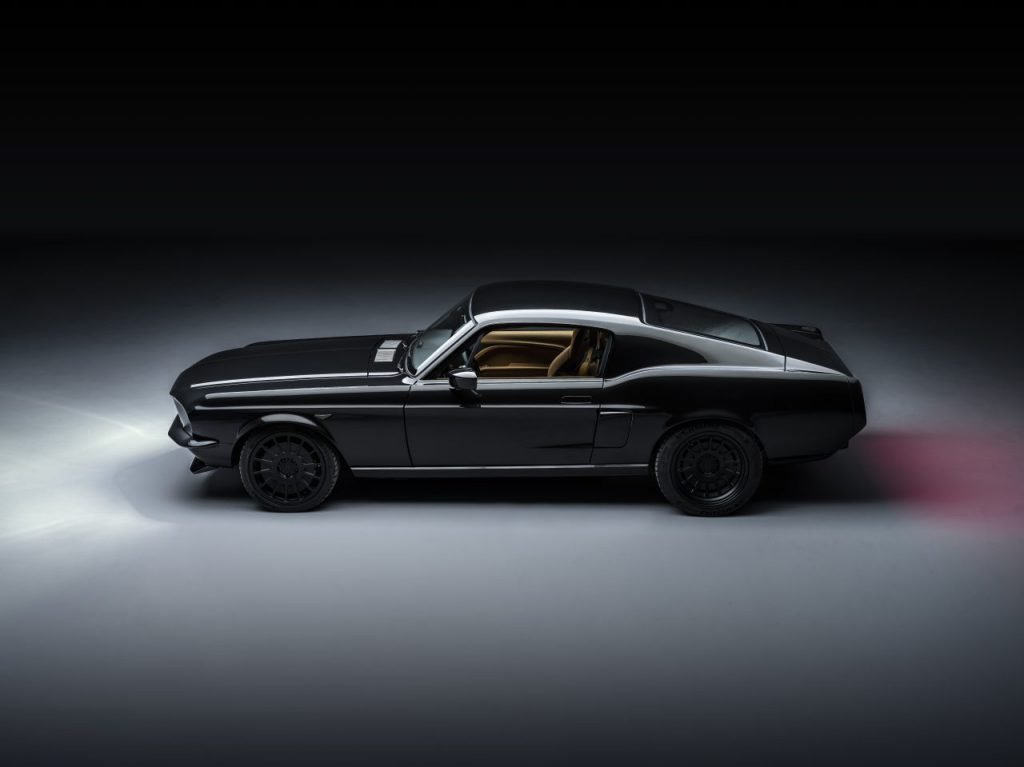 If you can stop moaning for just a moment, it is worth pointing out that the future of electrification may be full of surprises for enthusiasts. What if you were able to 3D print your favorite car, then add it to a modular electric platform so you can virtue signal your commitment to nostalgia? Check out this Charge ’67 EV and tell us what the dissonance feels like.

Truth be told, the hand-built Charge ’67 EV doesn’t rely on a 3D printer — it’s an officially licensed Ford body shell — but it does show you the possibilities of the future.

The Charge ’67 EV is built by London-based Charge Car. It reworked the 1967 Mustang 2+2 (aka “fastback”) using advanced composite materials along with the modern tech that’s afforded to them. Engineers from McLaren, Jaguar Land Rover and Formula 1 teams have contributed to the vehicle you see here.

Before you poo-pooh this, why not take the opportunity to see the ’67 EV in person? You will have that opportunity as Charge Cars has brought the Charge ’67 EV to the Petersen Museum in Los Angeles, to be followed “by a series of events across the West Coast and beyond” that includes November’s Los Angeles Auto Show.

“We truly believe we’ve created something unique in the EV world. It’s a brand-new, hand-built, design icon that gives customers a genuine emotional connection to their car. Classic looks, cutting edge technology and zero emissions now have a heart and soul. And this is just the beginning for us at Charge Cars,” says Mark Roberts, the company’s Chief Creative Officer.

Additionally, there is 4iWD torque vectoring technology, which means that each e-motor drives the car’s wheels, independently powering a four-wheel drive system. Everything else, like suspension components, braking system (including AP Racing brakes) and lighting, are new and modern. All that effort has come from the cooperation from a number of contemporary suppliers to deliver a modern take on nostalgia.

Though the retro aspect doesn’t carry into the interior, driver and passengers are treated to modernity appropriate for any late-model vehicle coming out of Detroit. Advanced driver’s aids contribute to the modern aspect of the drive.

The Charge ’67 EV will be limited to 499 examples, which is somewhat in line with the rarity of 1967 Mustangs with the “K-code” 289 Hi-Po. All cars will be built to order: “We encourage all our customers to personalize their cars, to express their creativity and personality in the colours, materials and details,” reads their website.

The Petersen Automotive Museum’s Alternating Currents: the Fall and Rise of EVs exhibit is currently open, but if you prefer to check out the Charge ’67 EV at the Los Angeles Auto Show, that begins November 18th.