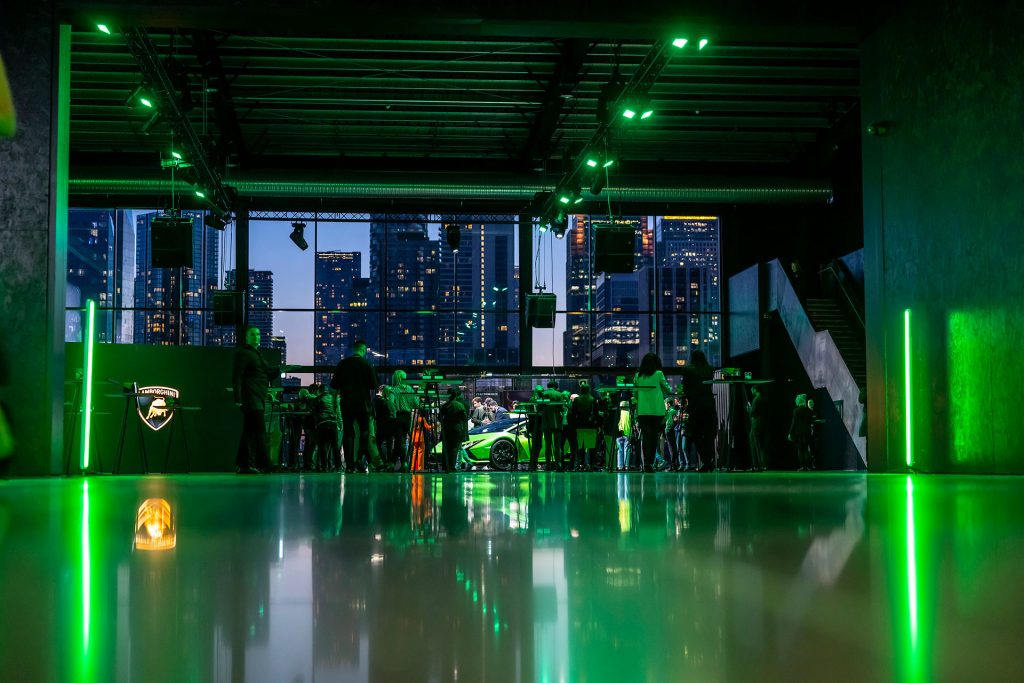 We’ve all seen the new Lamborghini Huracán Tecnica in photos by now, but over the last month or so, Automobili Lamborghini SpA took the V10 Tecnica to three venues in Europe to put her in front of the public, albeit on invitation only, but clients and enthusiasts could come to either London, Berlin or Milan to see the latest Lamborghini Huracán version in real life for the first time, over all three locations a total of more than 750 people could see this milder version of the radical-looking Huracán STO. The first event was held in Berlin, where clients from German-speaking countries and the Netherlands were gathered in a former factory in the Oberschöneweide district, on the banks of the river Spree, its industrial charm perfectly encapsulated the raw power of the Huracán Tecnica’s engine. The second venue was held in the London borough of Greenwich, where the Huracán Tecnica was shown in a modern setting with a perfect view of the river Thames and the glass-clad skyscrapers of Canary Wharf as a backdrop, where guests from all over Western Europe gathered in the British capital to attend the unveiling of the Tecnica. 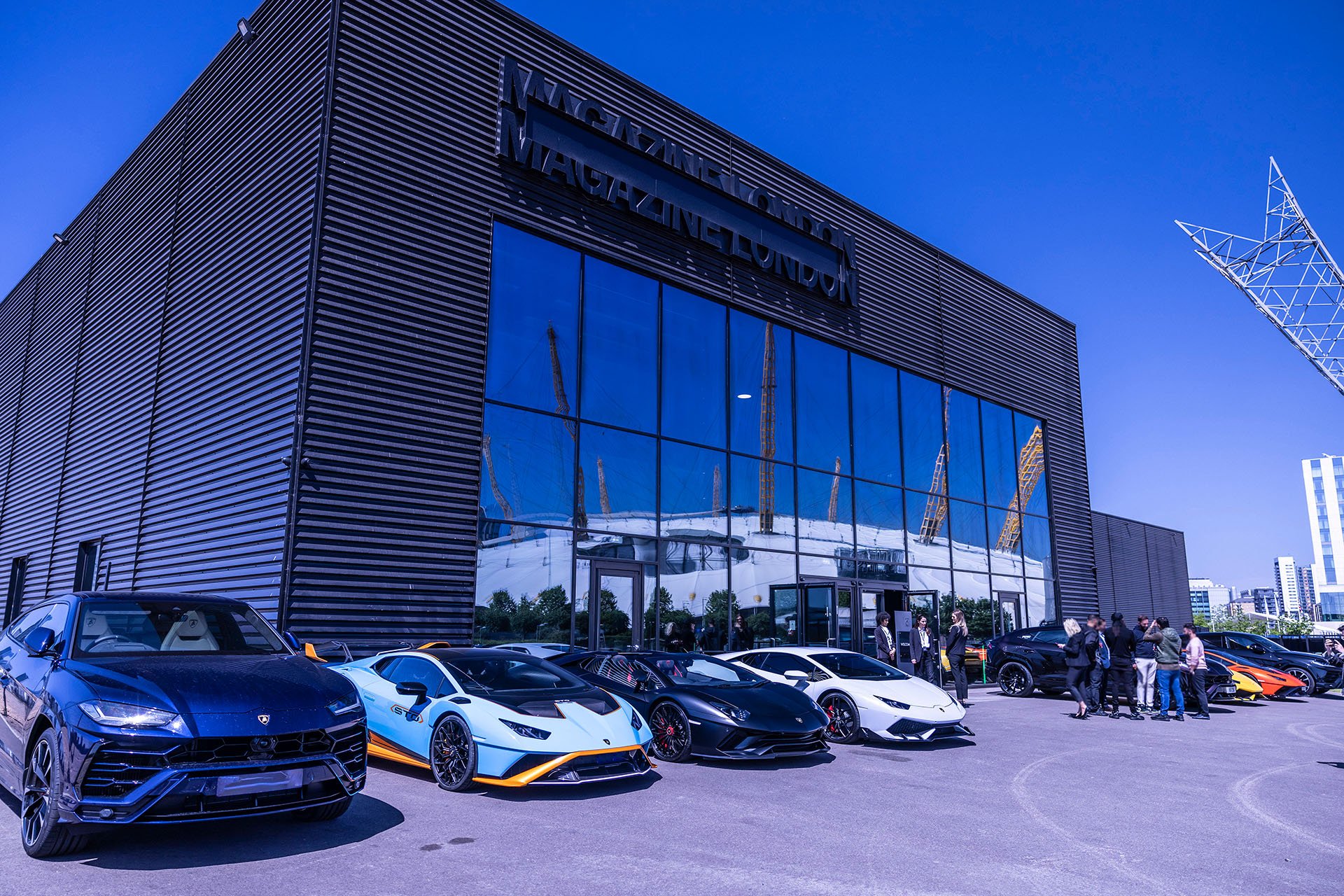 For the final reveal the entire Lamborghini team took the Huracán Tecnica to the fashion capital of the world … Milan in Italy, where they had the V10 on display in a former industrial estate just east of the historic city center providing the scene for the presentation and added the Italian charm that is part of the fascination behind Lamborghini: a fascination that the Southern European attendees are all familiar with thanks to the Lamborghini cars they already own. 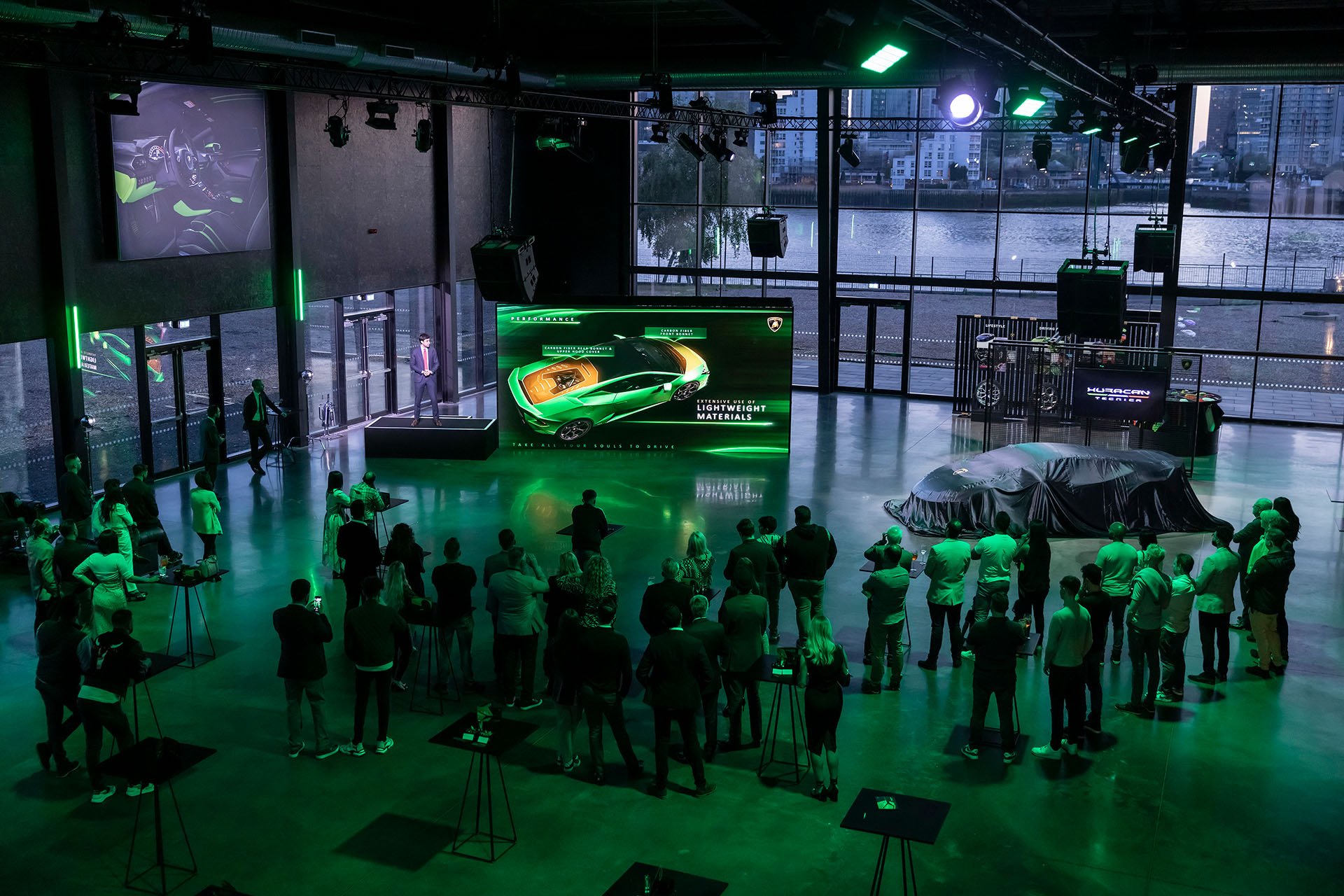 Federico Foschini, Chief Sales and Marketing Officer of Automobili Lamborghini, also attended the showcase events to present the car and meet guests. “The Huracán Tecnica marks a new era in the life of the Huracán,” he explains. “Not only does it deliver the latest technological innovations by our engineers, but this is equaled in a new, fresh design. With the events in Berlin, London, and Milan, we wanted to give our customers the opportunity to get to know our latest product in an authentic, intimate, and exclusive setting. Thus, they had the chance to enjoy a first impression of our latest creation. Their feedback has been nothing but enthusiastic, and the order bank for the Huracán Tecnica continues to grow rapidly.  This demonstrates how we listen to our customers and the markets as part of our product development strategy, offering the Huracán EVO’s lifestyle, the EVO RWD’s ‘fun to drive’ personality and the performance of the STO combined in the Huracán Tecnica.” 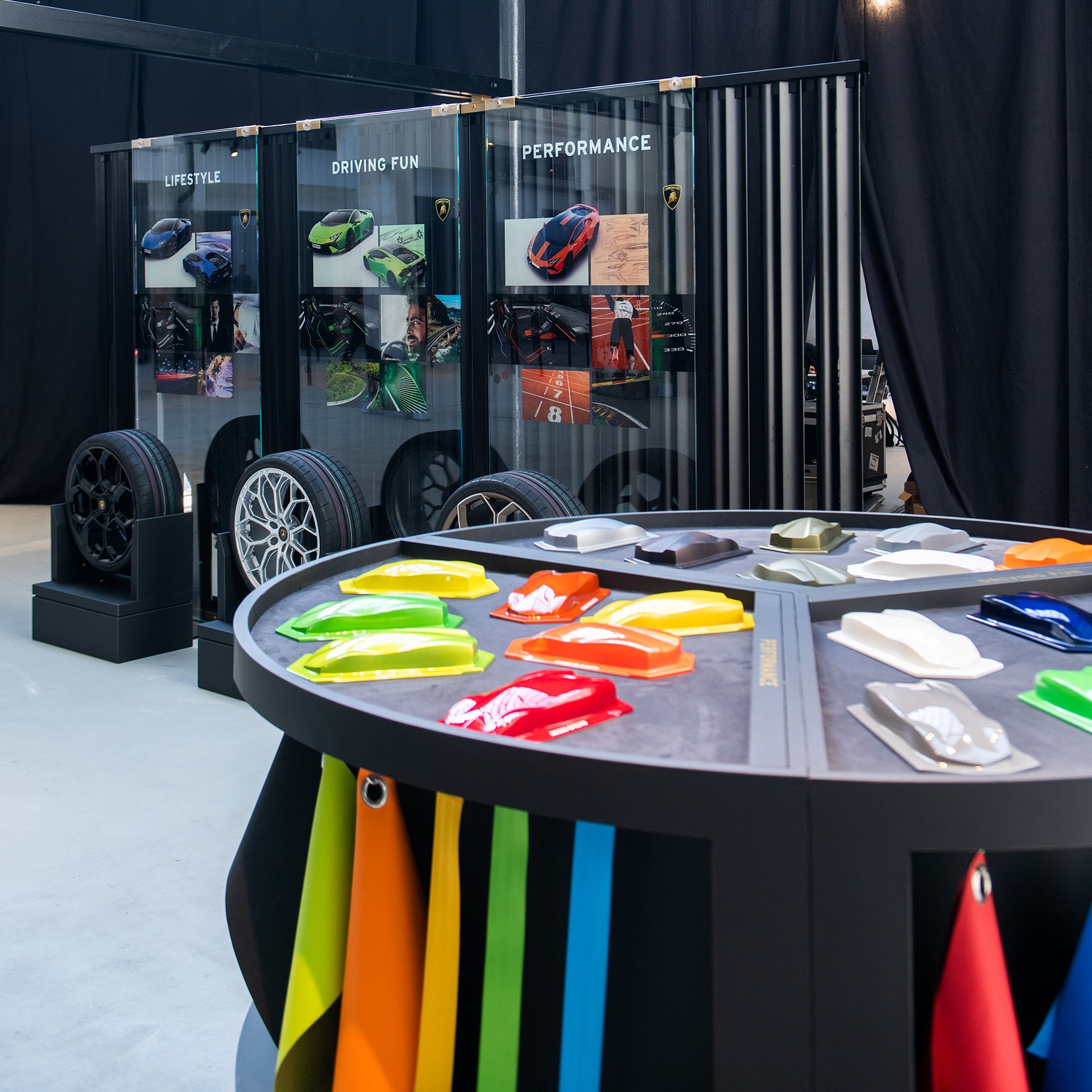 The Lamborghini Huracán Tecnica can be ordered as we speak, production will start imminently but first deliveries will not happen before early 2023, and just in case you opt for the extensive customization options of Lamborghini’s in-house Ad Personam department, delivery times can be considerably longer, but the result will be a truly bespoke, unique Lamborghini Raging Bull on your driveway, an expression of your personality in a work of art on wheels. 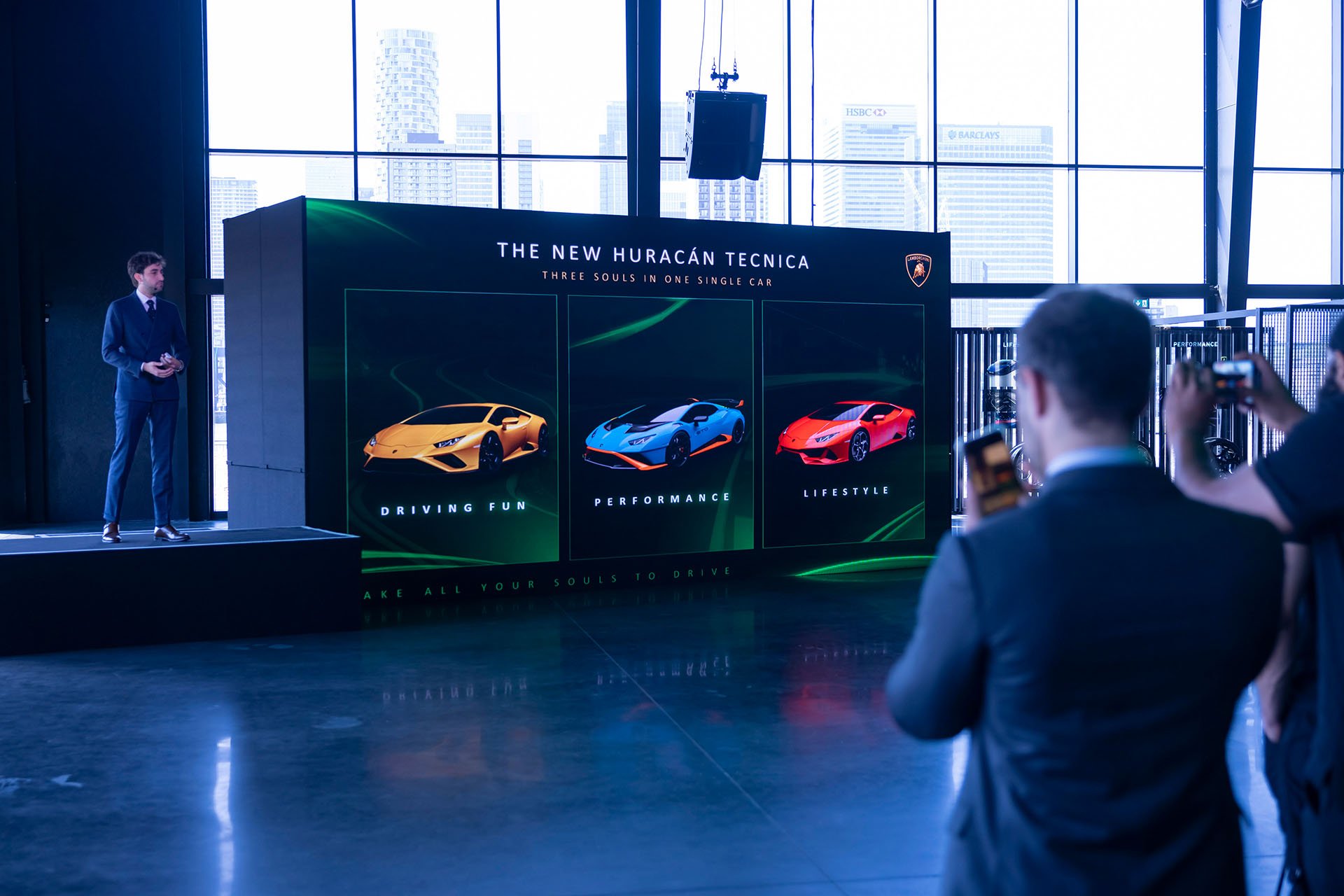 At the time of writing you can opt from a variety of Lamborghini V10 models, starting with the Huracán EVO and EVO Spyder, but also the EVO RWD in both Coupe and Spyder edition, add the street-legal Super Trofeo-derived Huracán STO as a top-of-the-line edition and the new Huracán Tecnica into the mix and you have an impressive range of entry-level Lamborghini supercars … but there seems to be something more just around the corner, rumor has it Lamborghini will unveil another V10 model at Monterey Car Week in August this year. 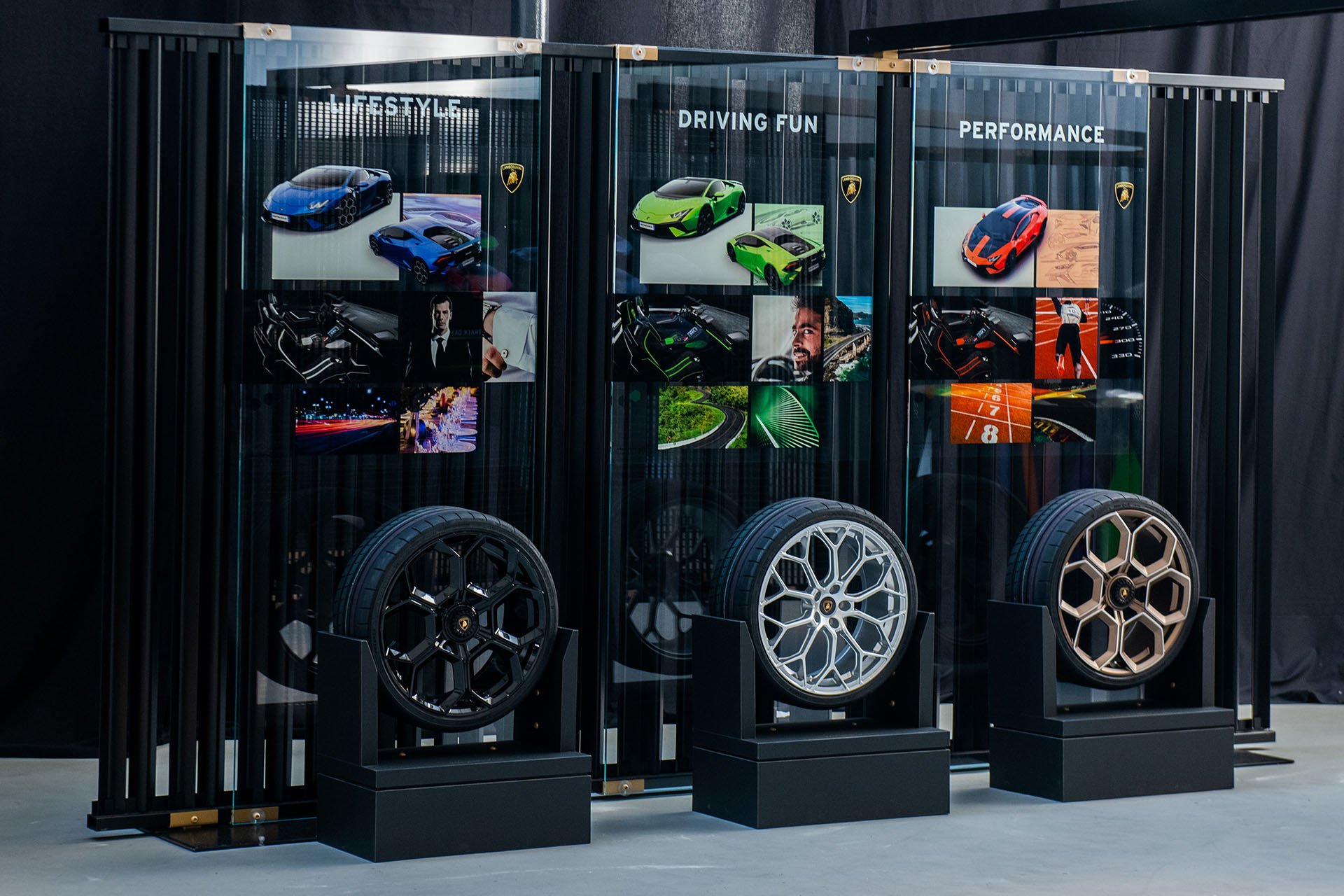 Usually, we get to see something really special, mostly limited-edition, at this important event in  California, the United States, we’ve previously seen cars like the Centenario Roadster being unveiled at The Quail, and it seems the 2022 edition will showcase a V10 based ‘special’, nothing official is available yet, but if we take a look at some spy shots from earlier this year and late 2021, we might be talking about a Huracán Sterrato here, a concept we’ve seen a while ago, but one that has been captured during cold-weather testing only recently. 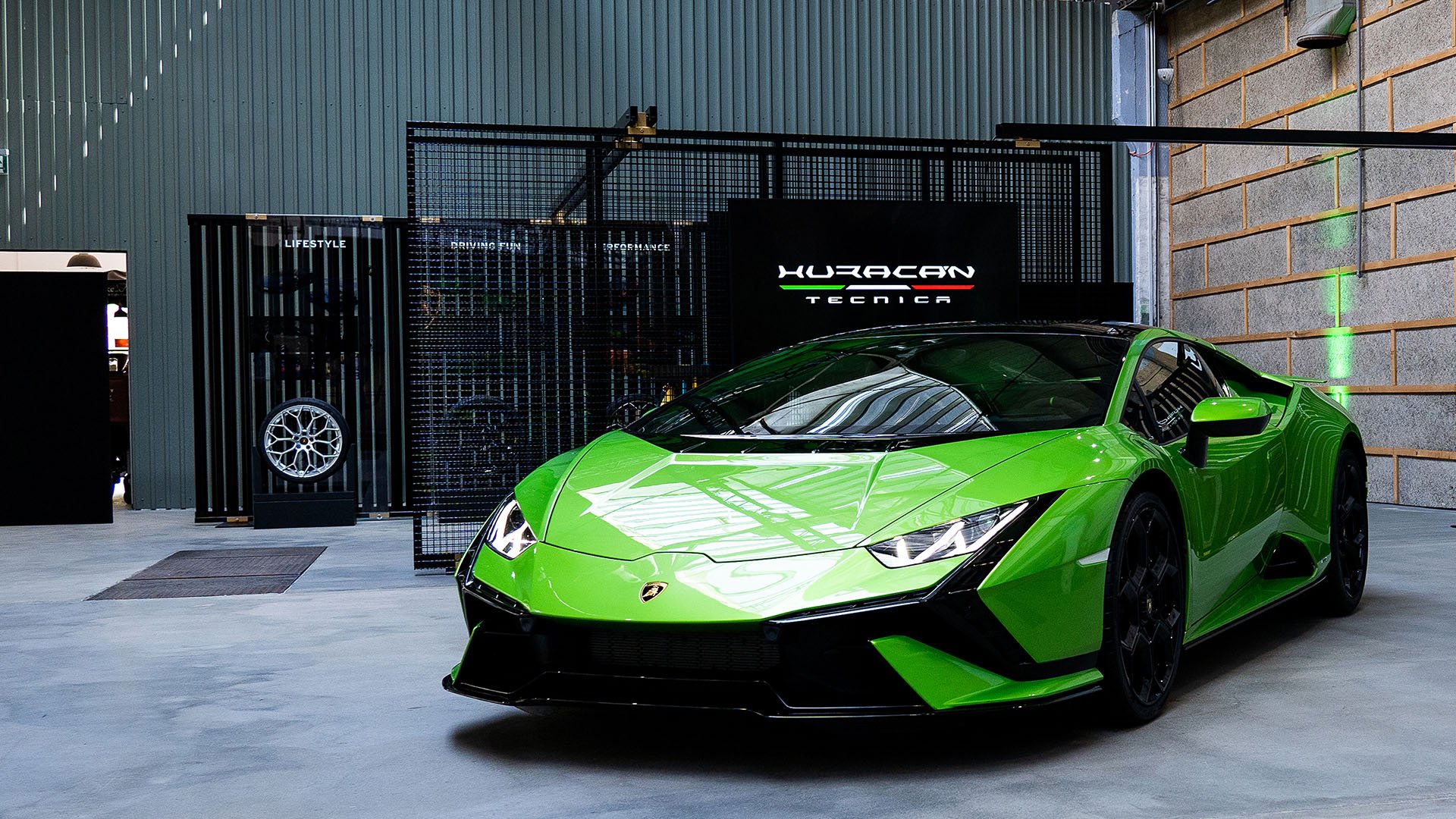 Also, note we are still waiting on the Lamborghini Urus facelift which should also be unveiled this year, some sources even mention a wide-body edition of the Super SUV from Sant’Agata, but wouldn’t it make sense to finally reveal a Urus Ibrido, or will Lamborghini wait for the Aventador successor to become the first hybrid production car in history from Sant’Agata … all we can do is wait and see what Automobili Lamborghini SpA brings to Monterey in two months and which model will be revealed toward the end of 2022 subsequently. 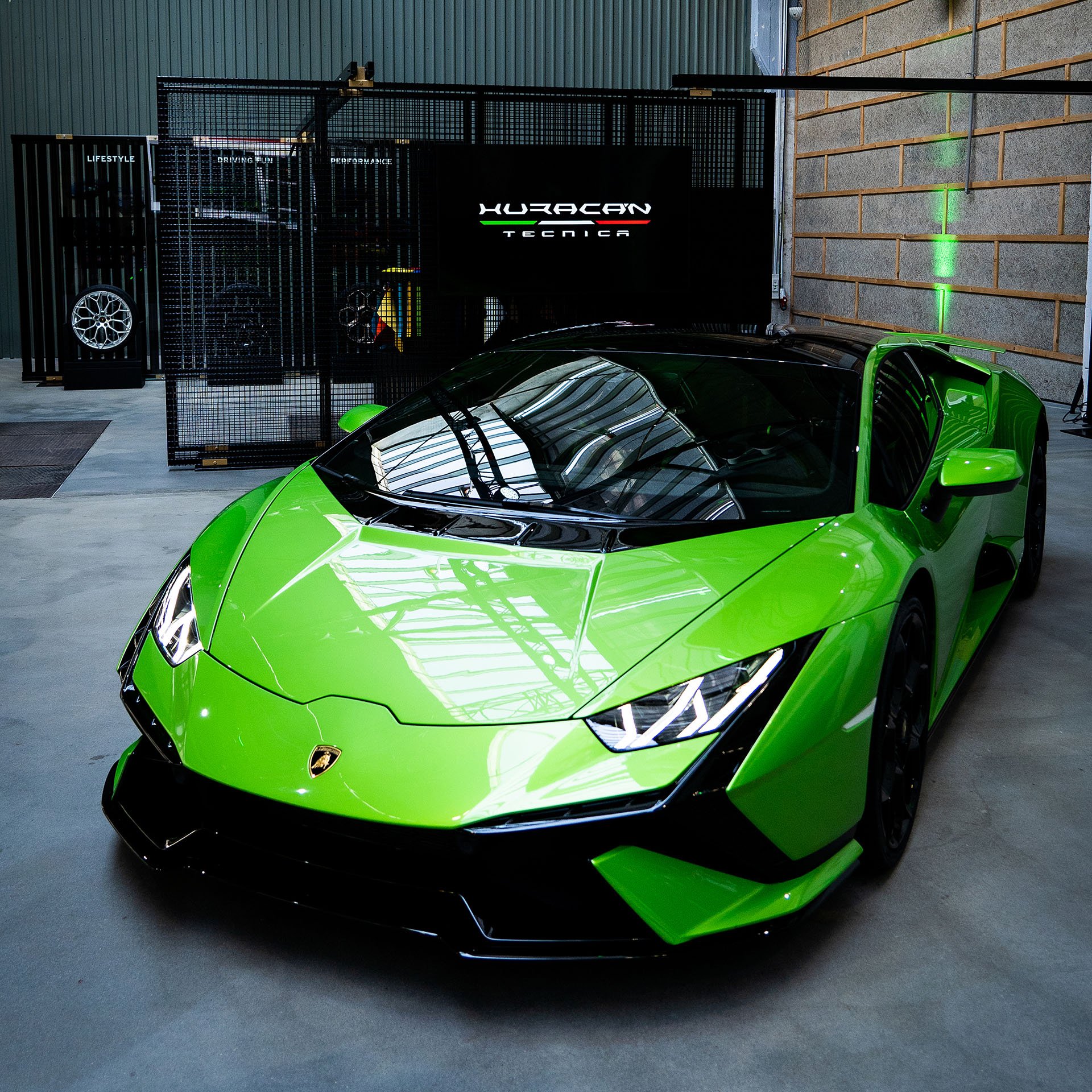 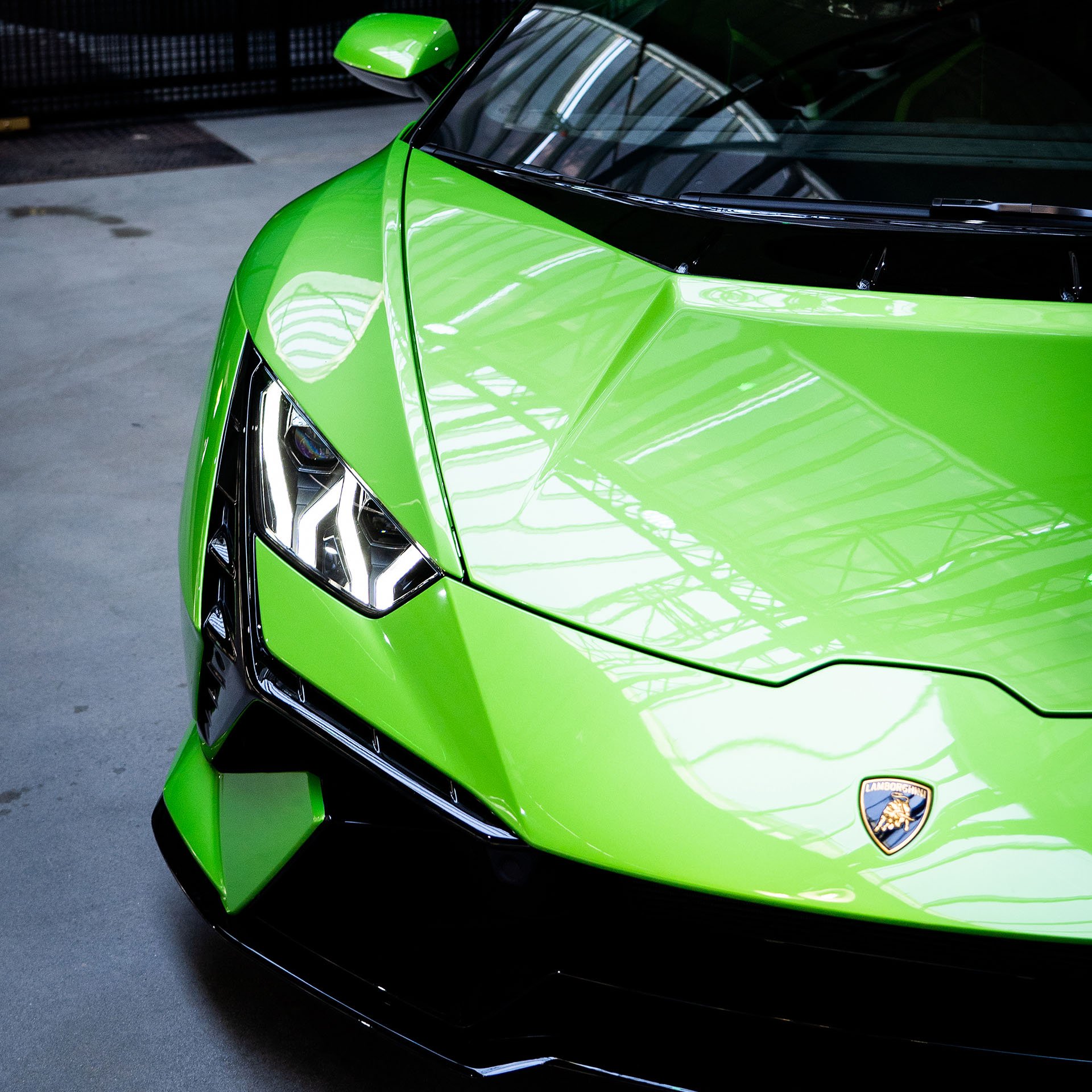 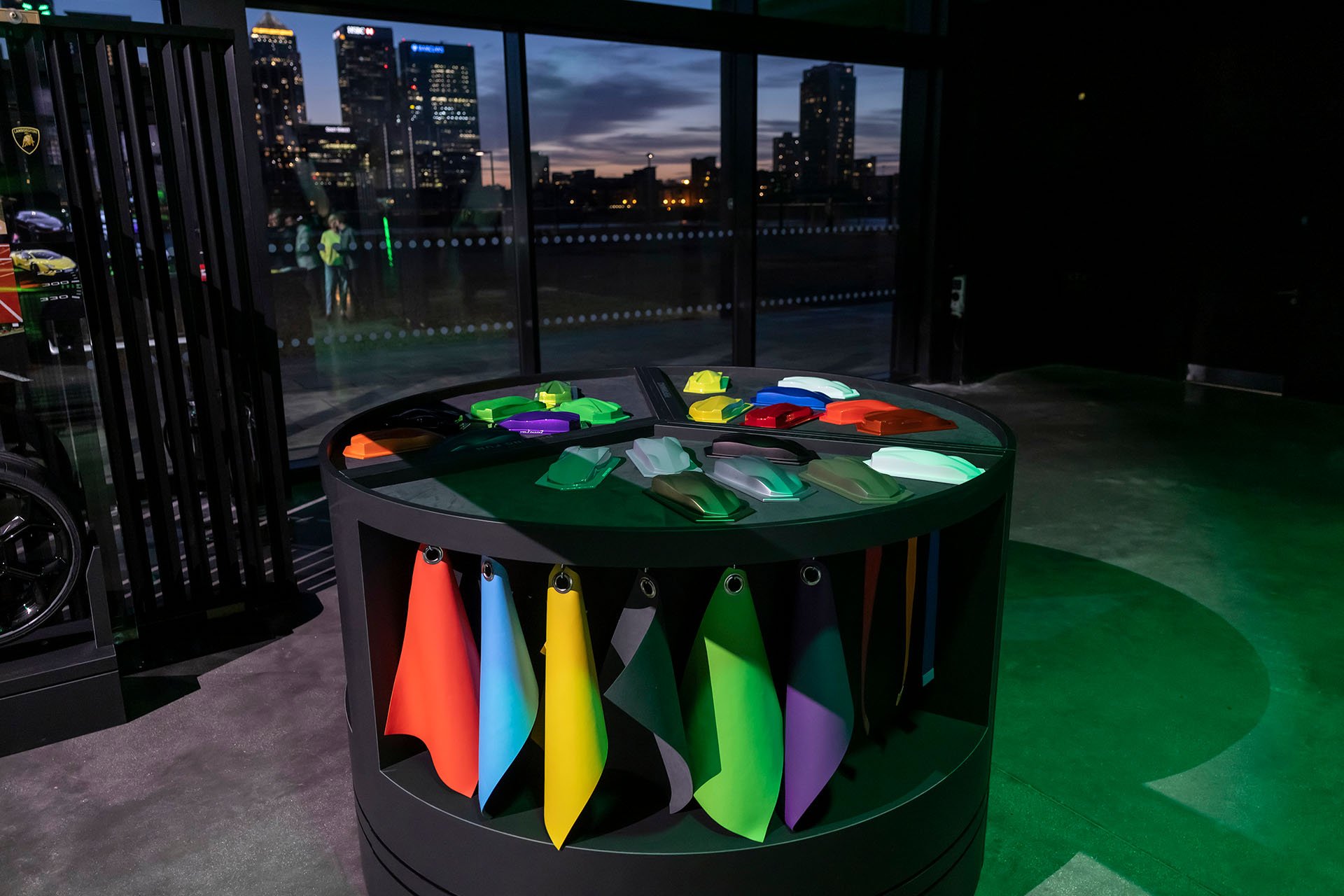 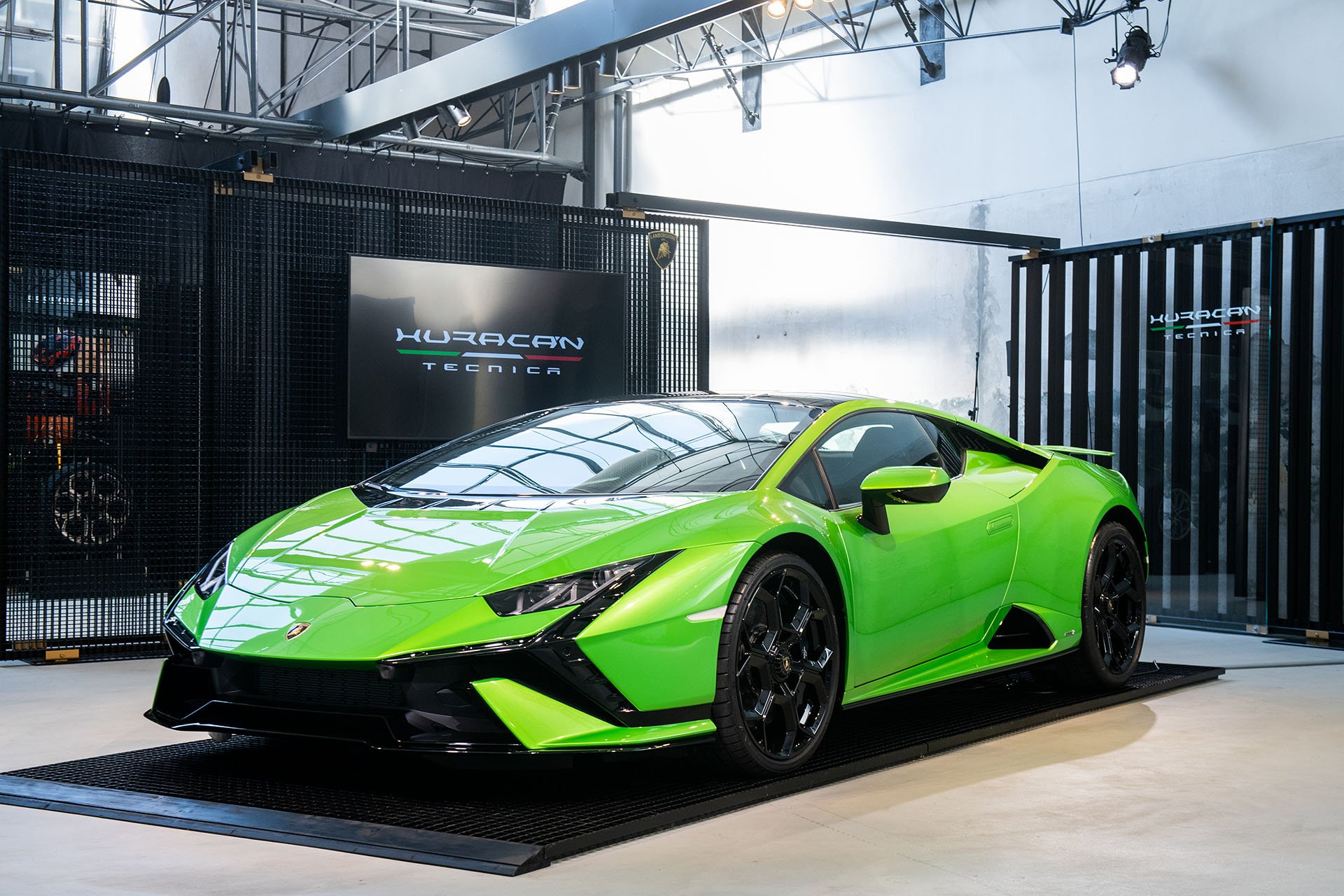 The post Lamborghini shows the Huracán Tecnica to the public in Europe … but there is more appeared first on LamboCARS.