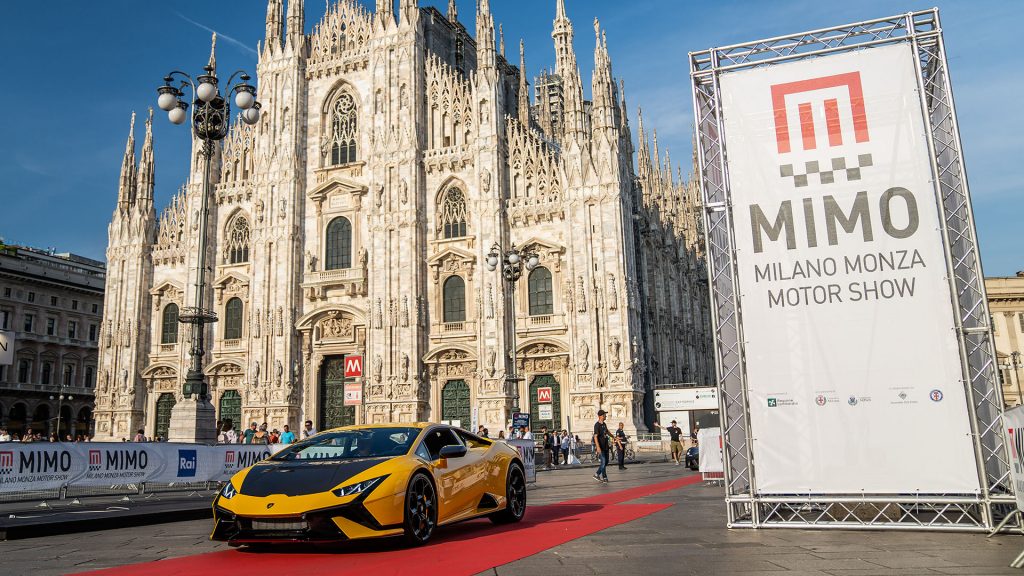 The Milano Monza Motor Show in Italy is held between June 16 and 19, and it’s an outdoor show, with the amazing weather usually in that region it shouldn’t be a problem, and it’s a great show that will be attended by Automobili Lamborghini SpA with some amazing cars, and none other than Mitja Borkert, Head of Design at Lamborghini, will represent the company on June 16, the opening day, while he’ll also be on board of the brand new Huracán Tecnica for a dynamic preview at the Premiere Parade of the show’s most representative models that evening. “Our latest creation has a sophisticated and totally reimagined design that reflects from every angle its well-defined threefold personality:  a road-legal super sports car offering an iconic and attractive lifestyle choice every day, yet technically and dynamically equipped for the racetrack,” says Mitja Borkert, Head of Design at Automobili Lamborghini. “Every element is imbued with the energy of aerodynamic efficiency and lightweight engineering, paired with an unmistakable elegance that makes the Tecnica a standout in the Huracán line-up. And as always, customers have the widest possible choice of customization, both interior, and exterior, thanks to our Ad Personam program.” 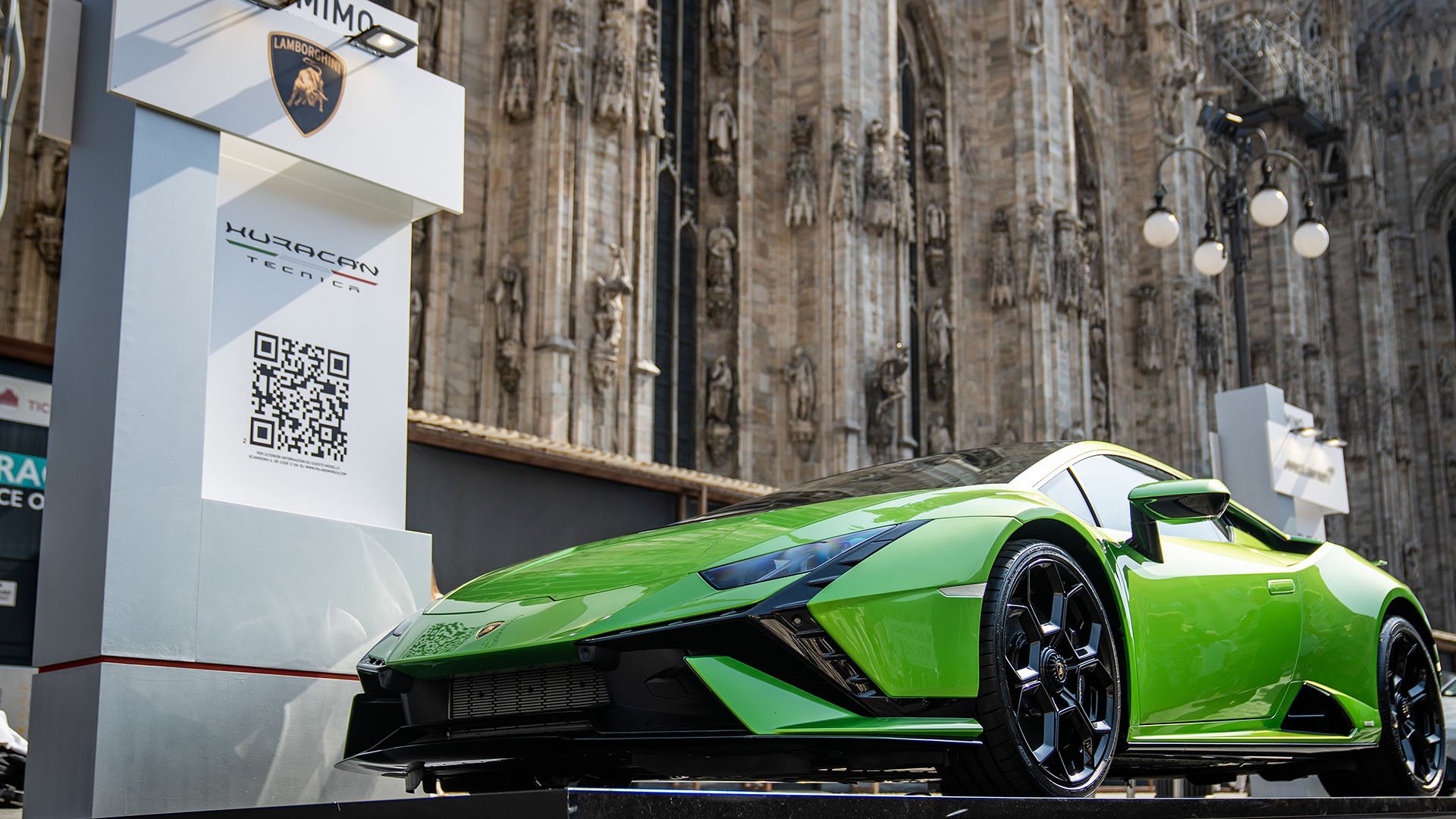 The Lamborghini Huracán Tecnica is a kind of toned-down version of the wild-looking Huracán STO, the street-legal version of the Super Trofeo race car, with a massive rear wing and that impressive cofango at the front, the Tecnica, on the other hand, does come with the same engine as the STO, but has a more subtle design about her, this last born of the V10 line-up will be on display in Milan’s Piazza Duomo for the entire duration of the MiMo show. 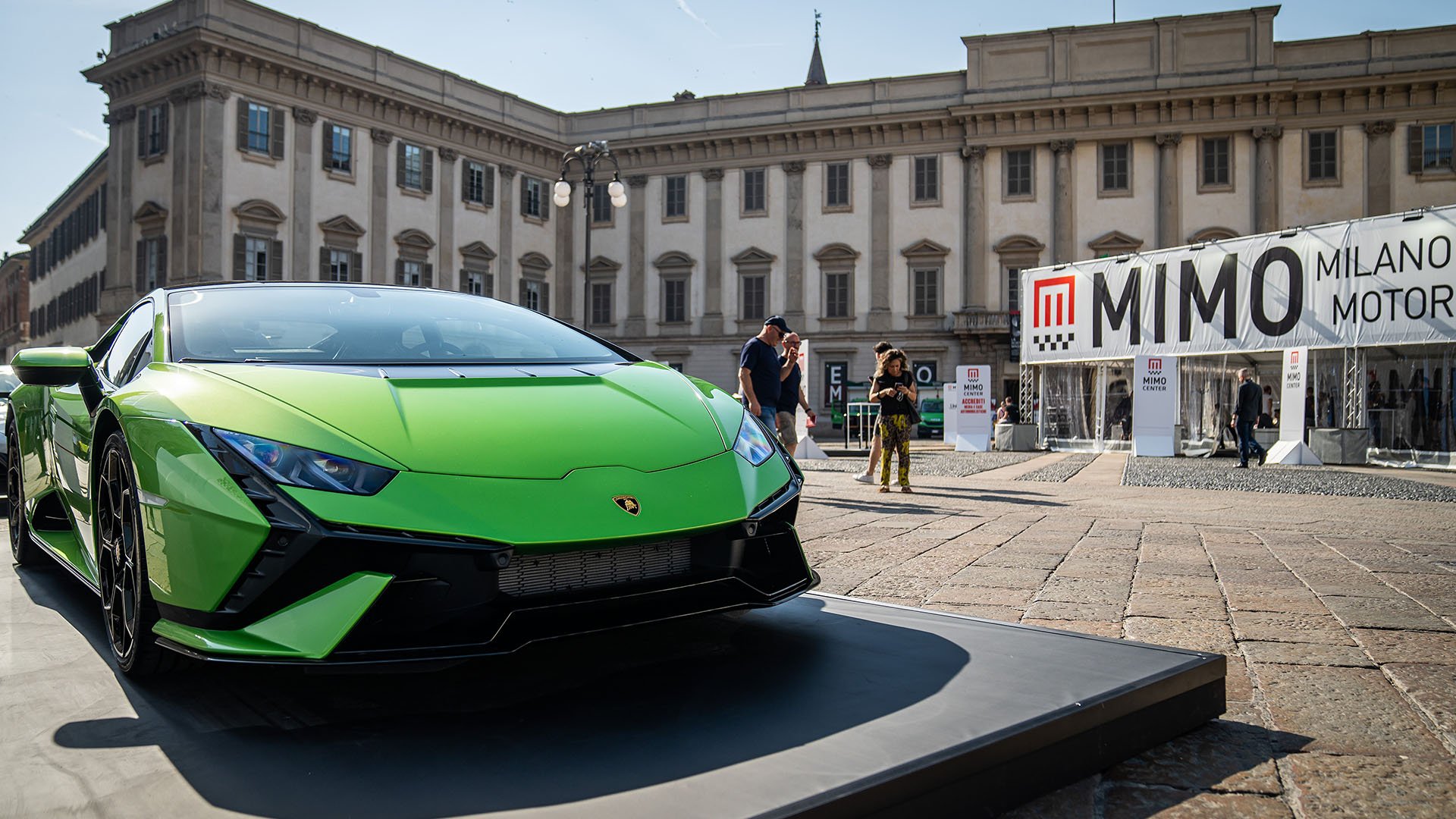 But that isn’t the only Lamborghini shown, there is also an amazing-looking Huracán EVO Spyder in a truly one-off livery, a 1:1 scale Lamborghini take on the style of the famous Hot Wheels toy cars. A project of Lamborghini’s Centro Stile, the Hot Wheels livery dons a three-layer Verde Alceo green and the iconic flame design on the side of the car. 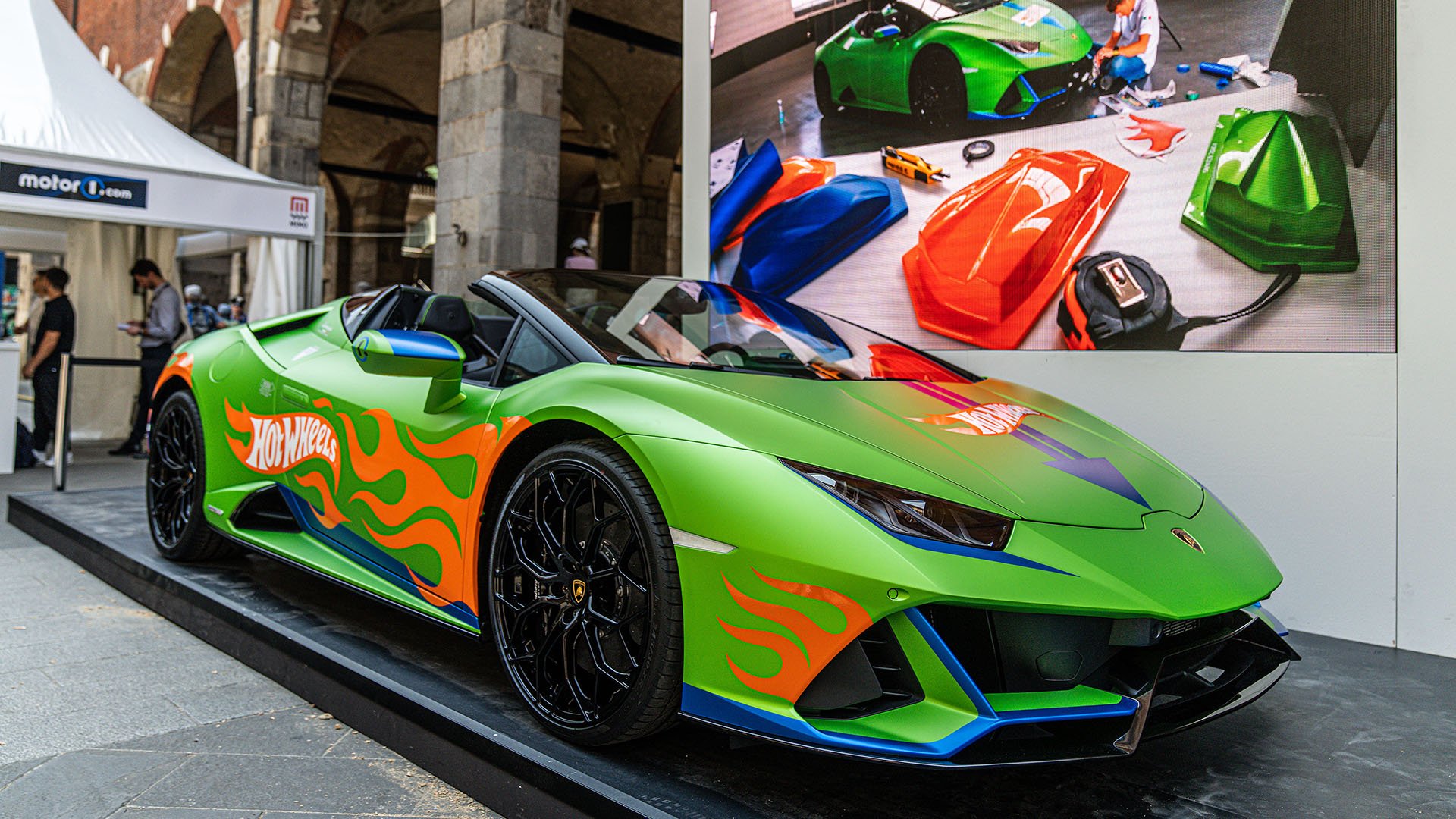 During the Journalist Parade on Saturday, June 18 at the Monza Circuit, you’ll also be able to admire versions of the Lamborghini Urus Super SUV, the Lamborghini Aventador SVJ, the Huracán STO, and even the Huracán EVO RWD Spyder, while the Huracán Super Trofeo EVO2 will be on display in the paddock area where the renowned hospitality will be present too, in collaboration between the Lamborghini Milan and Lamborghini Bergamo dealers, but for now let’s take a look at some photos of the Raging Bulls in Milano right now: 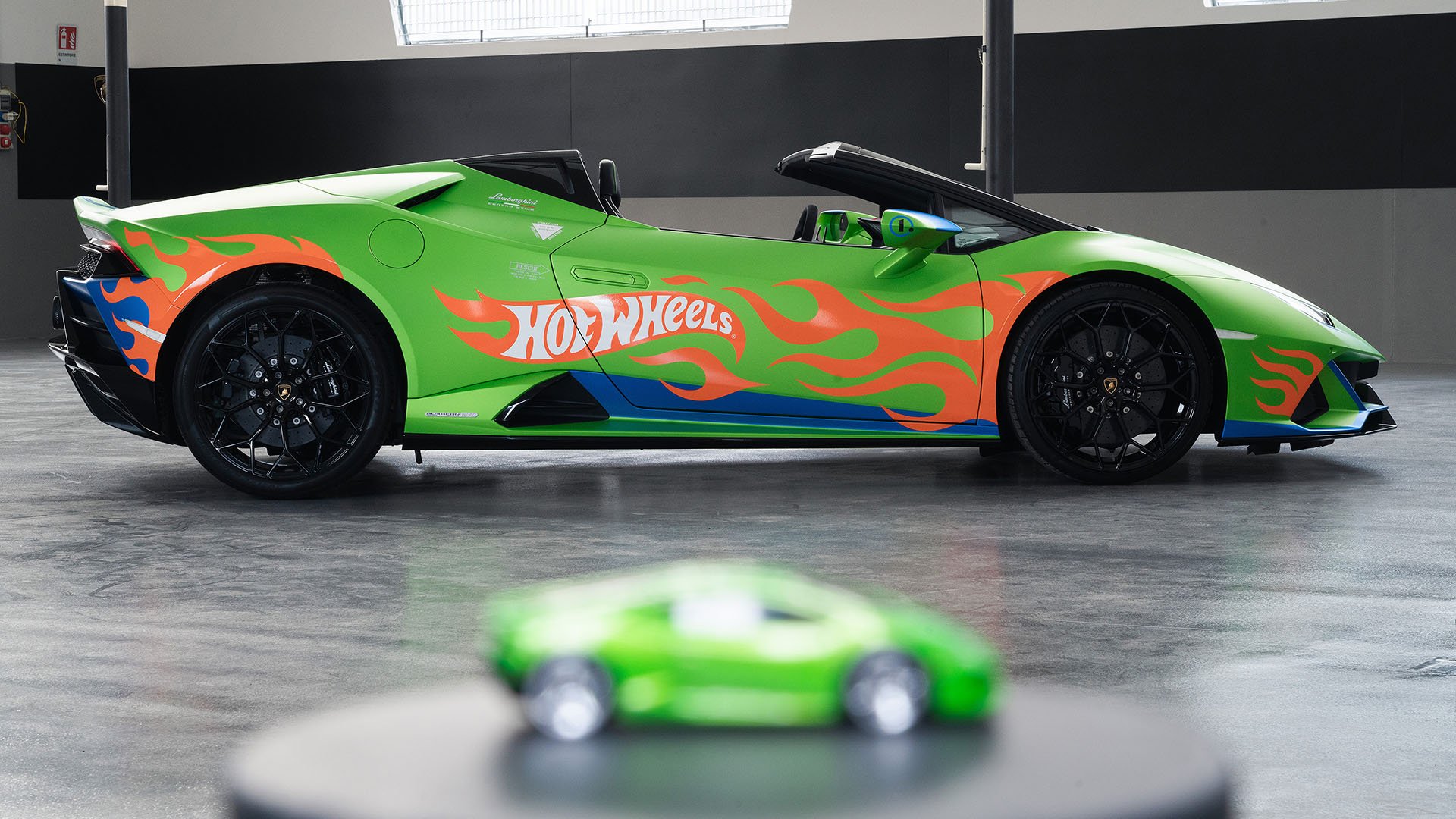 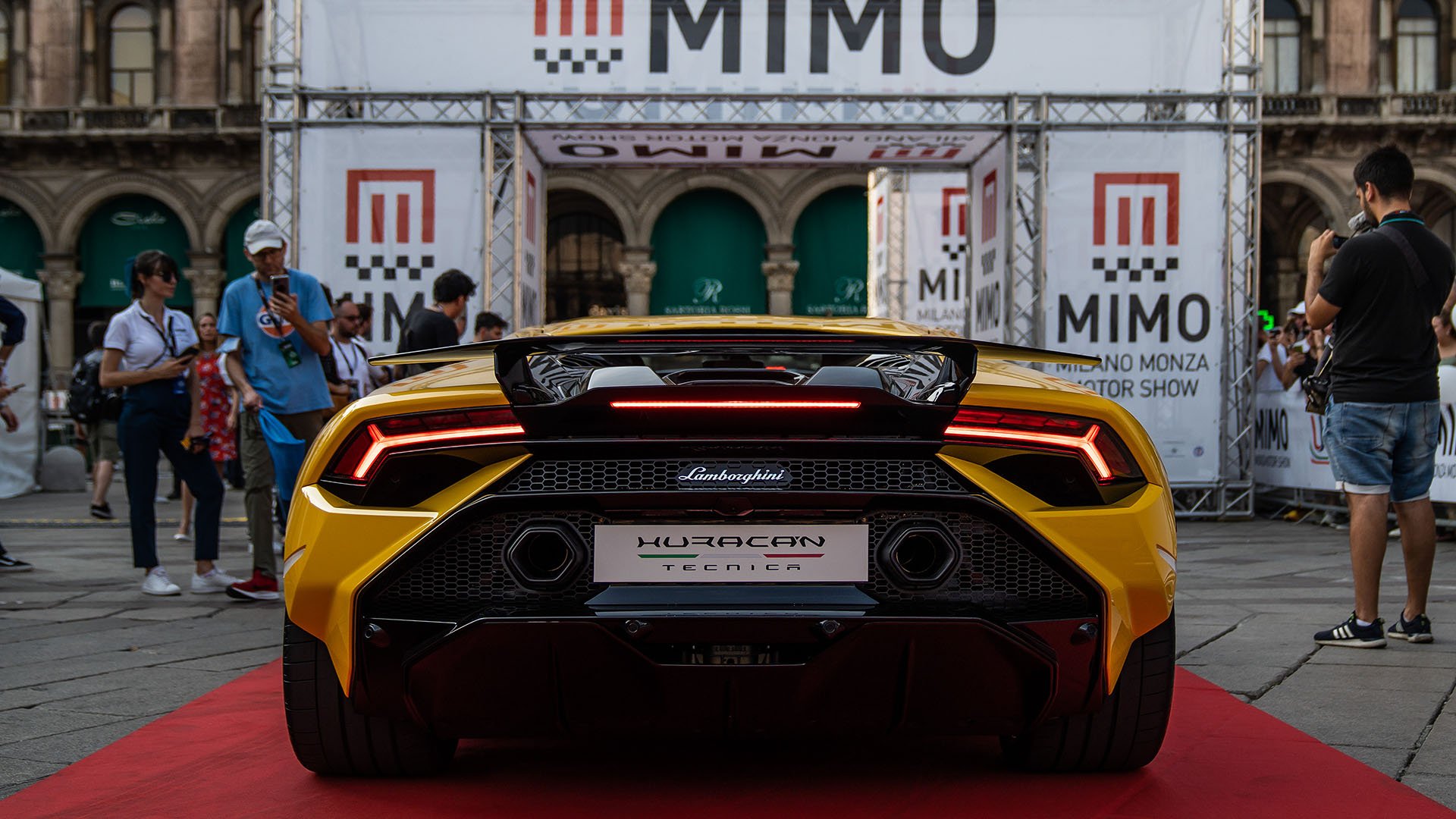 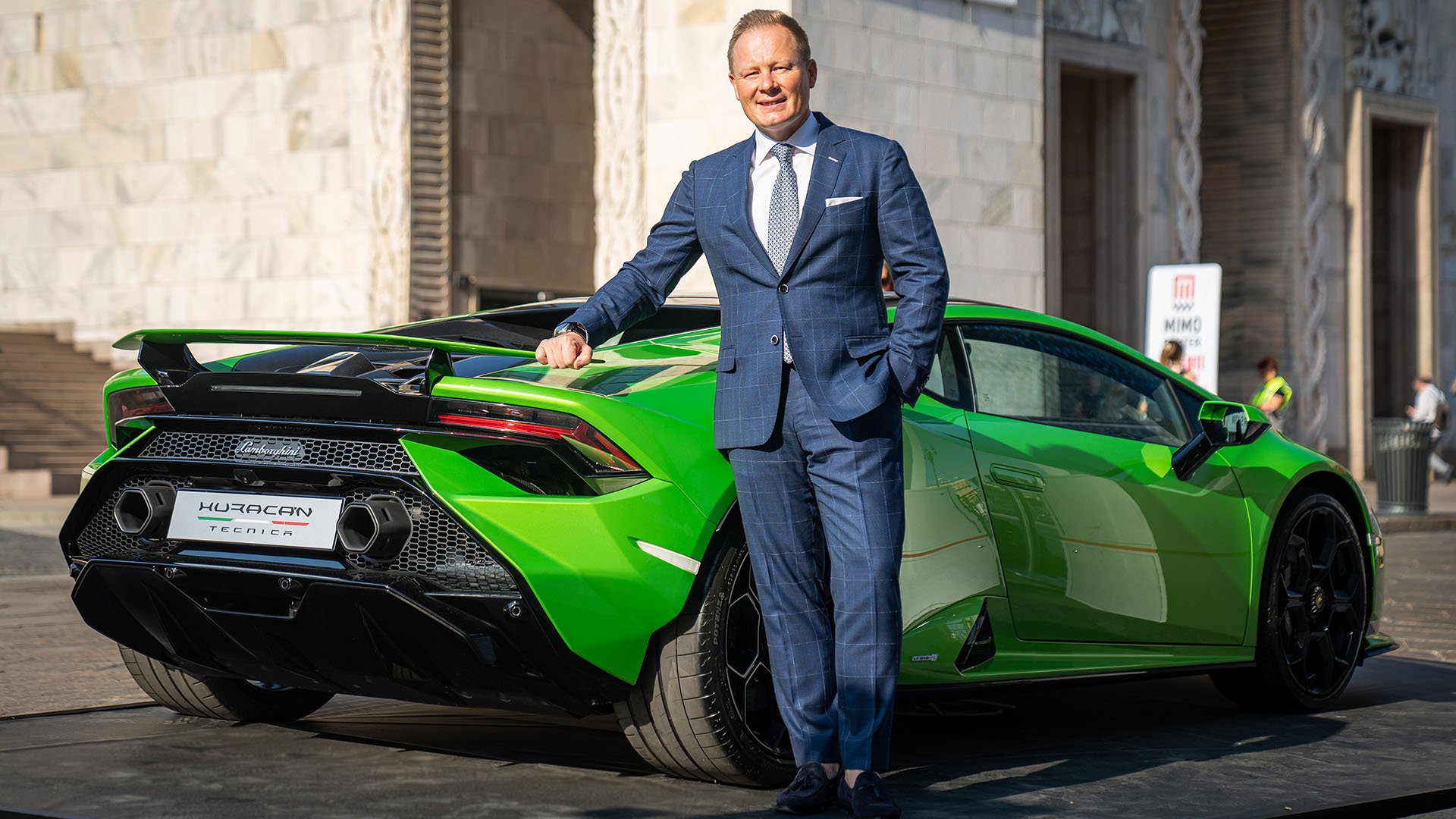 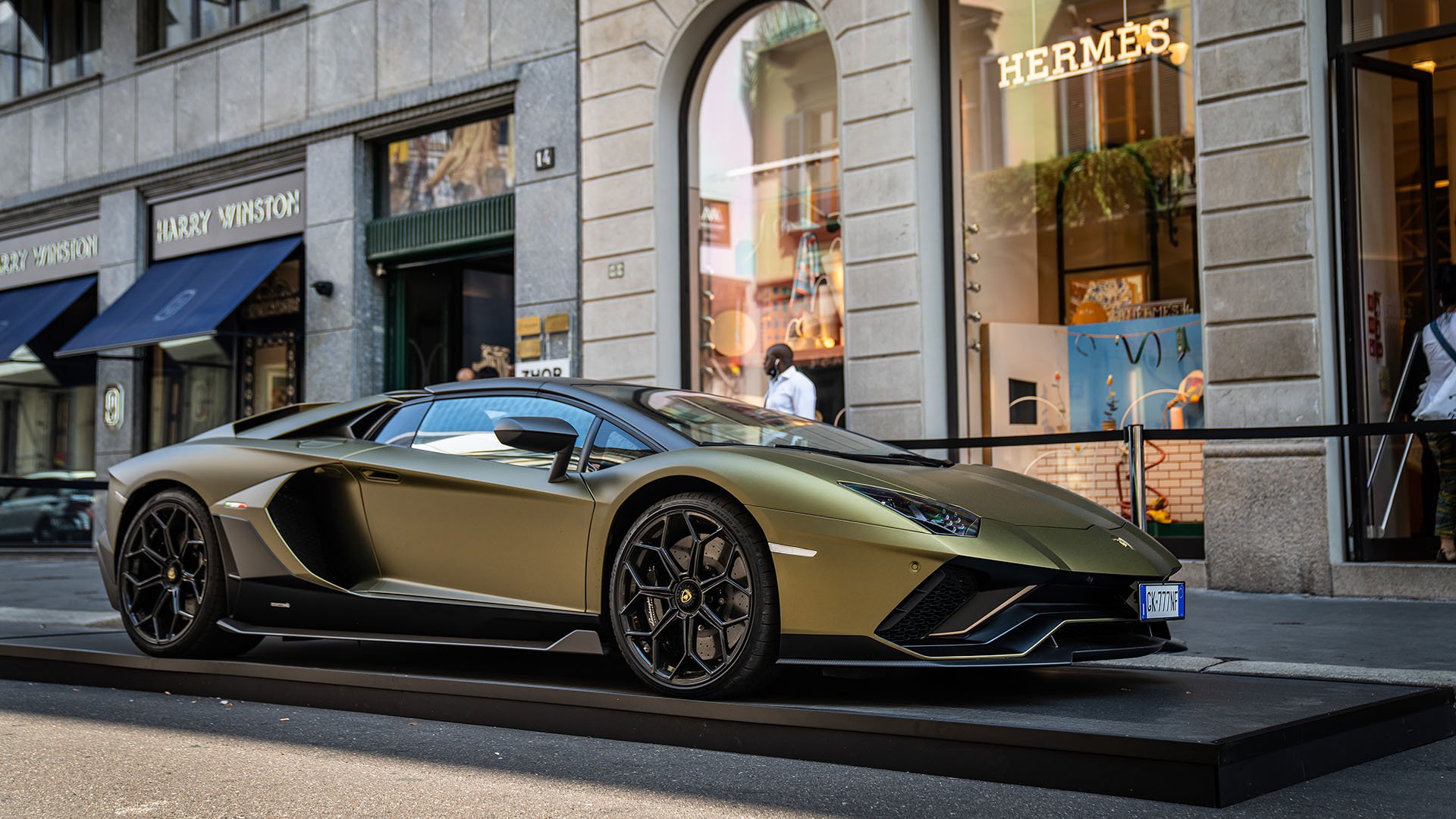 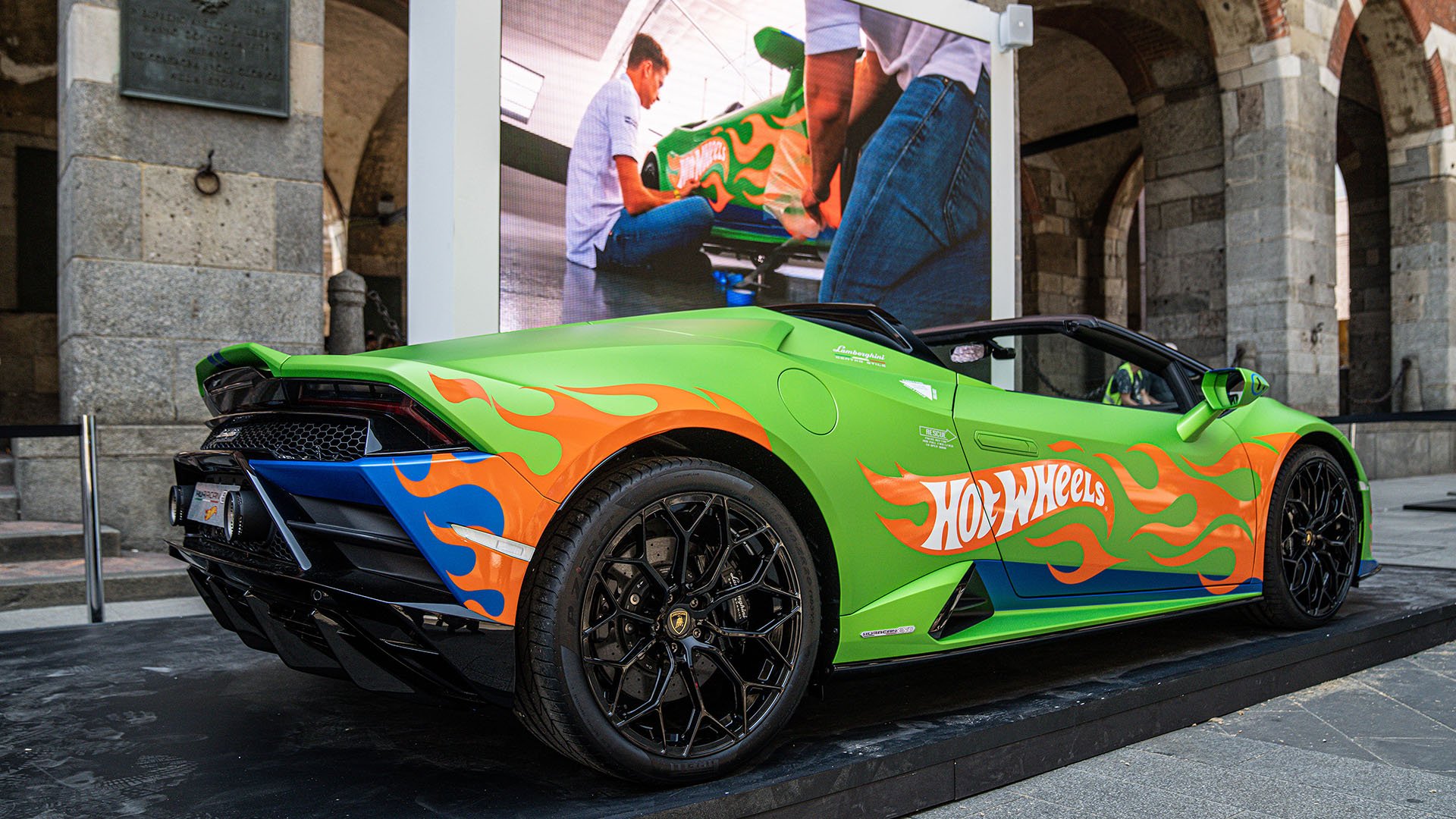 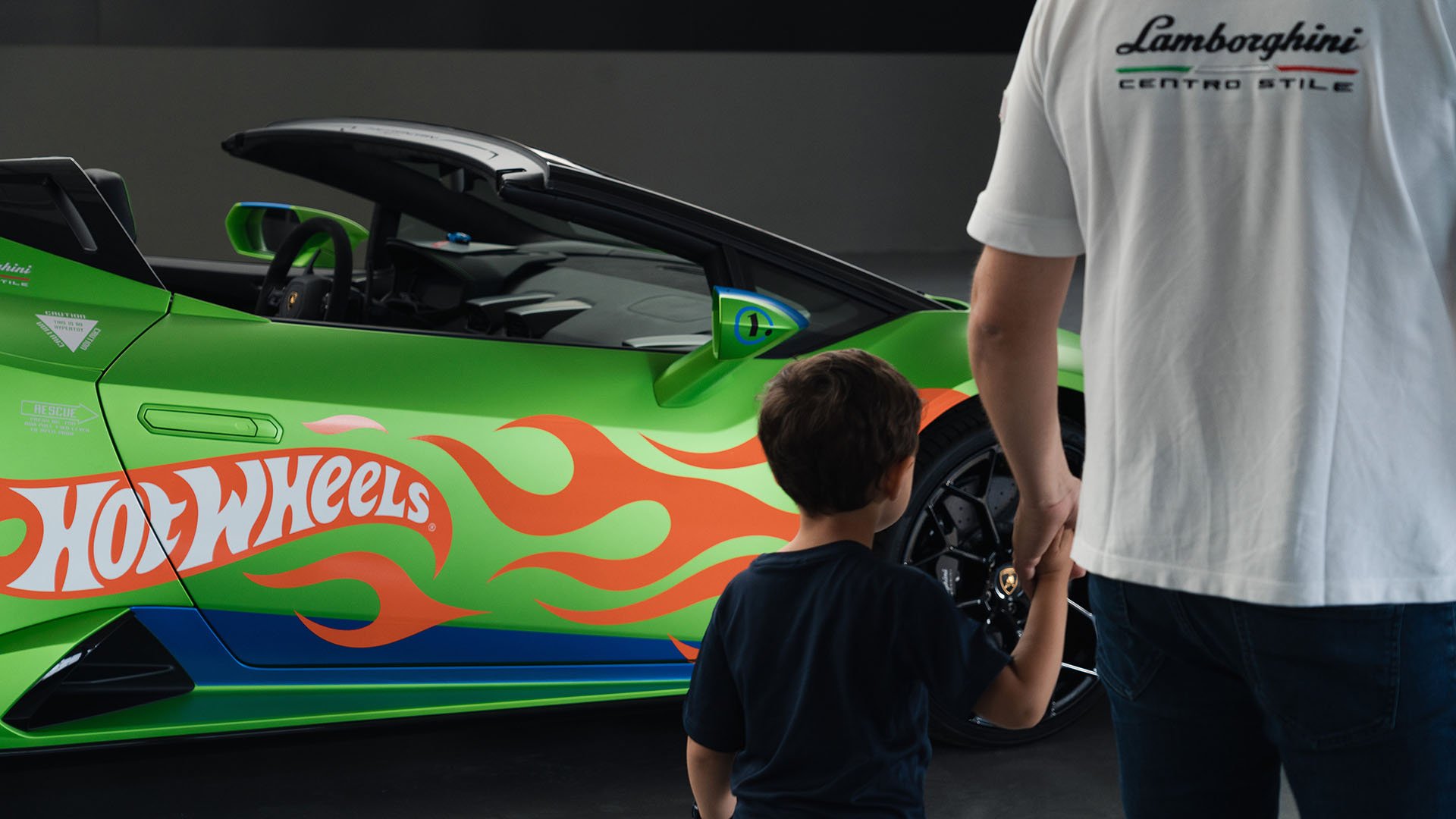 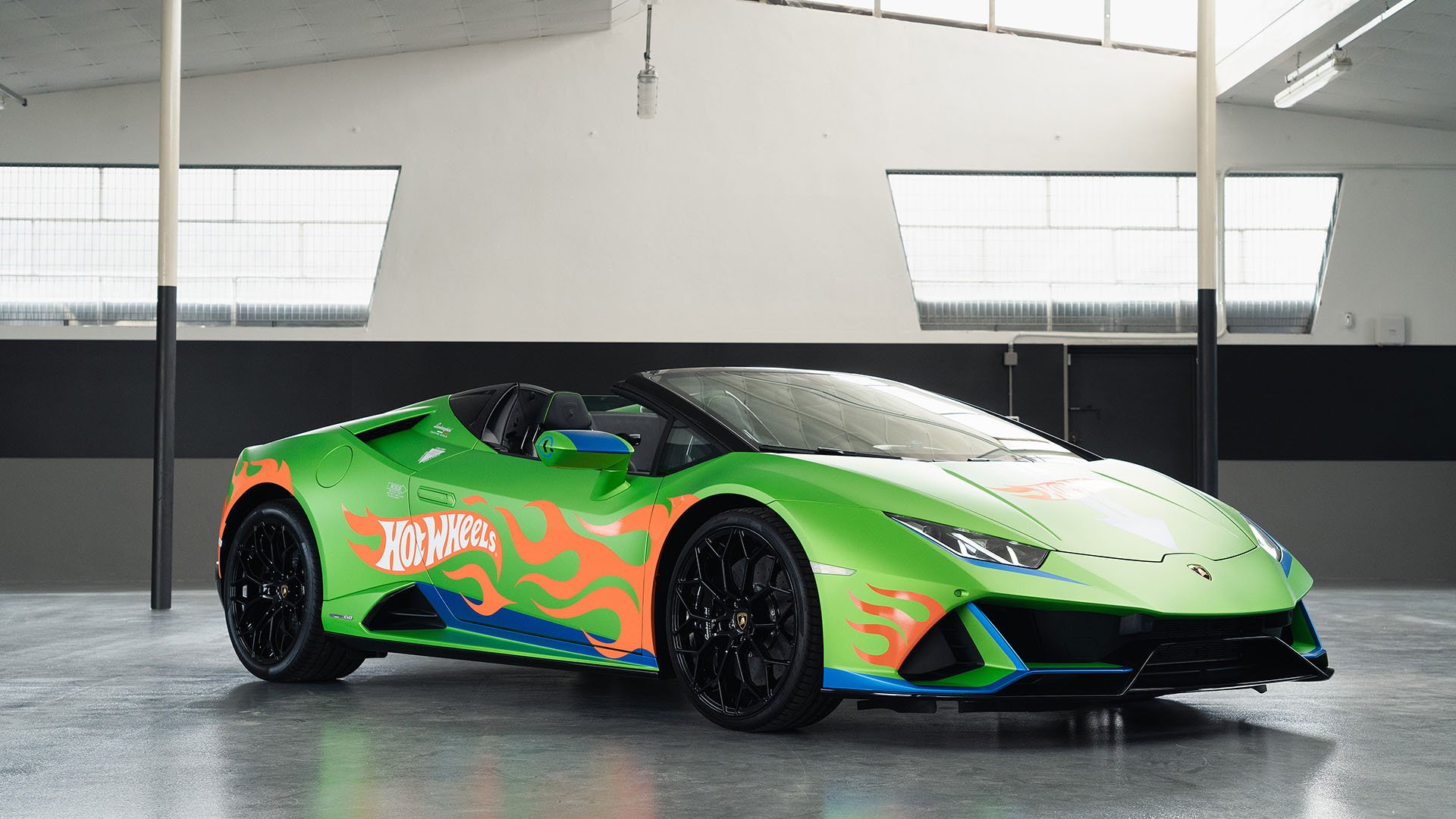 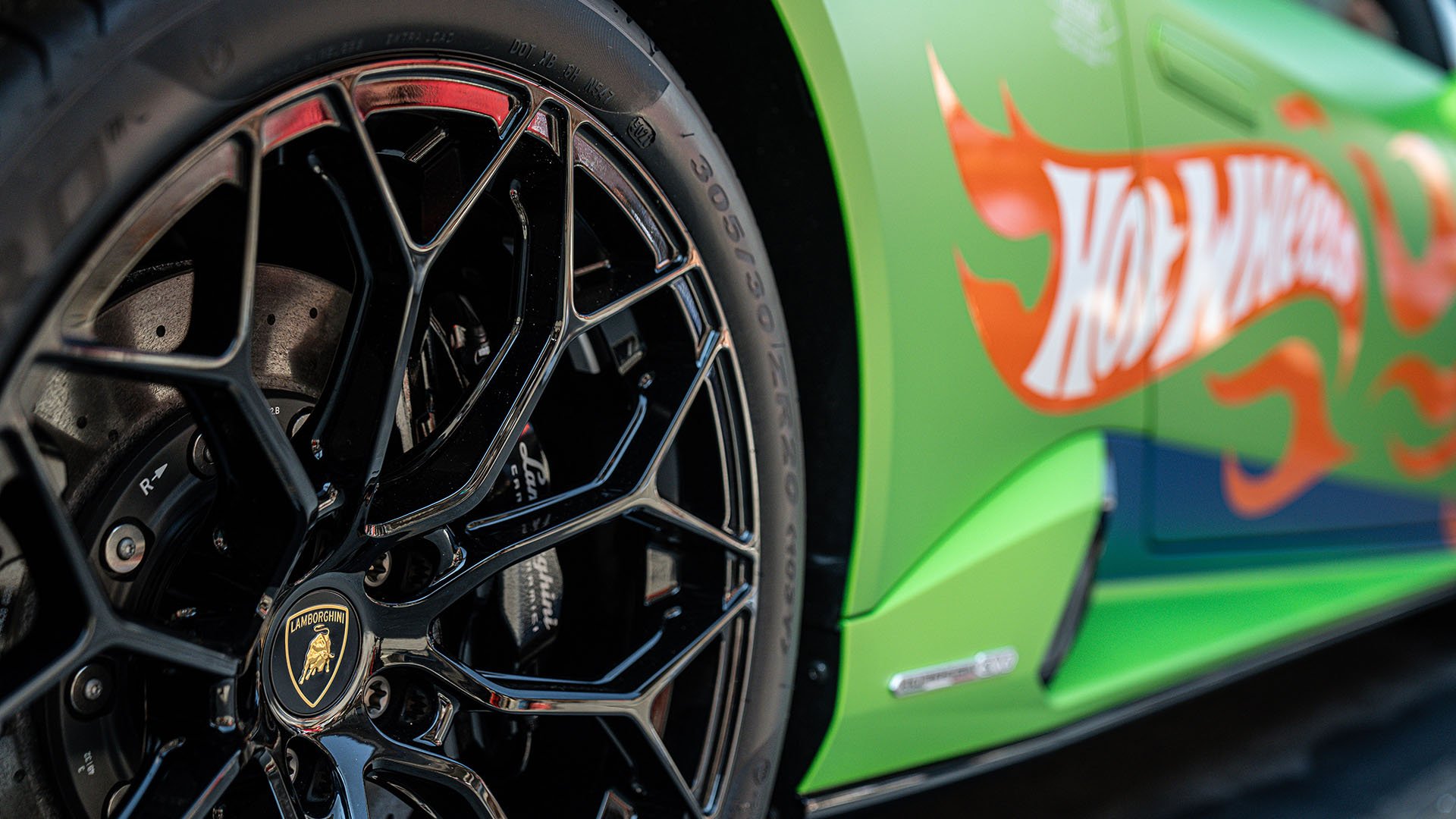 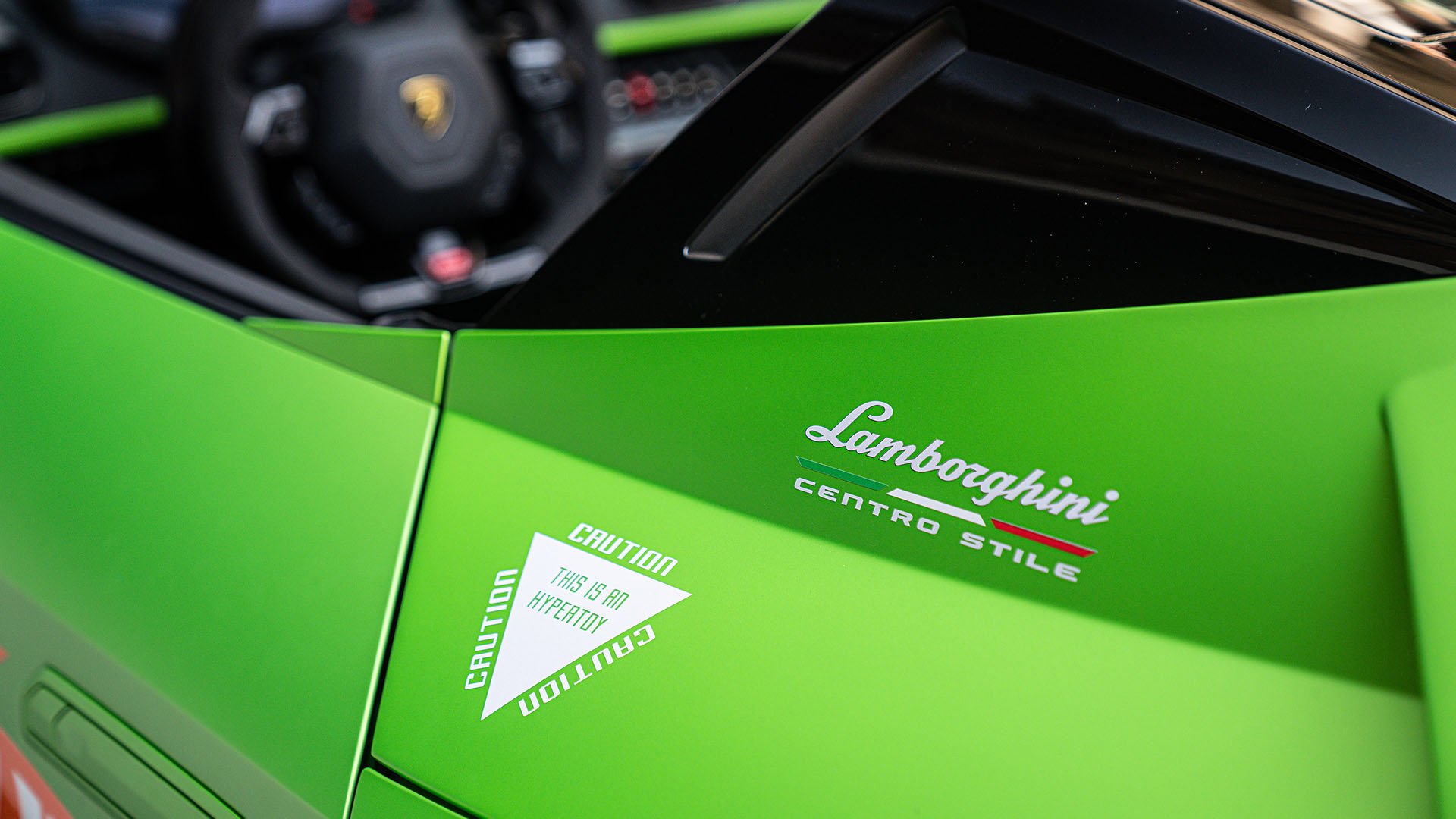 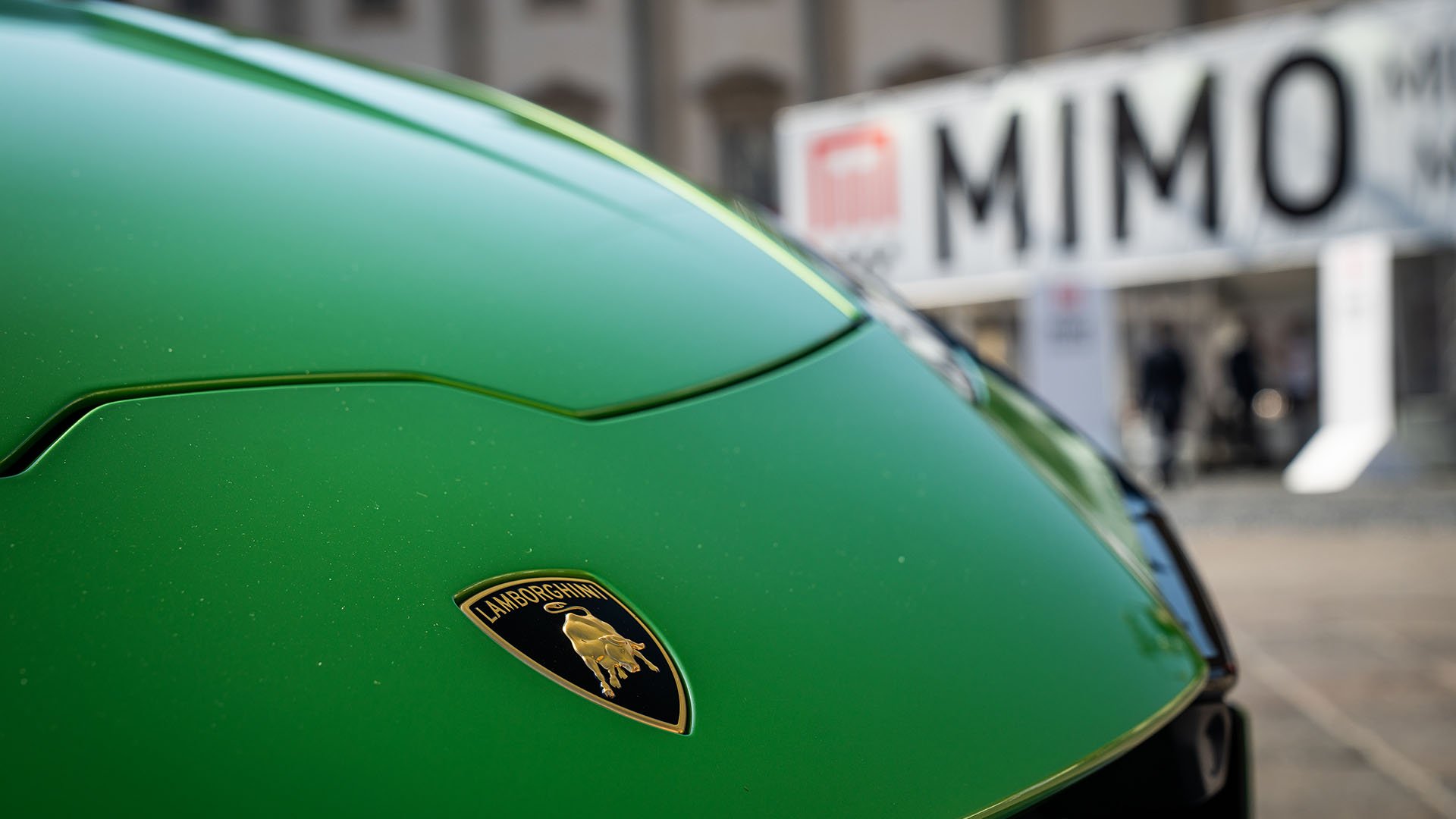 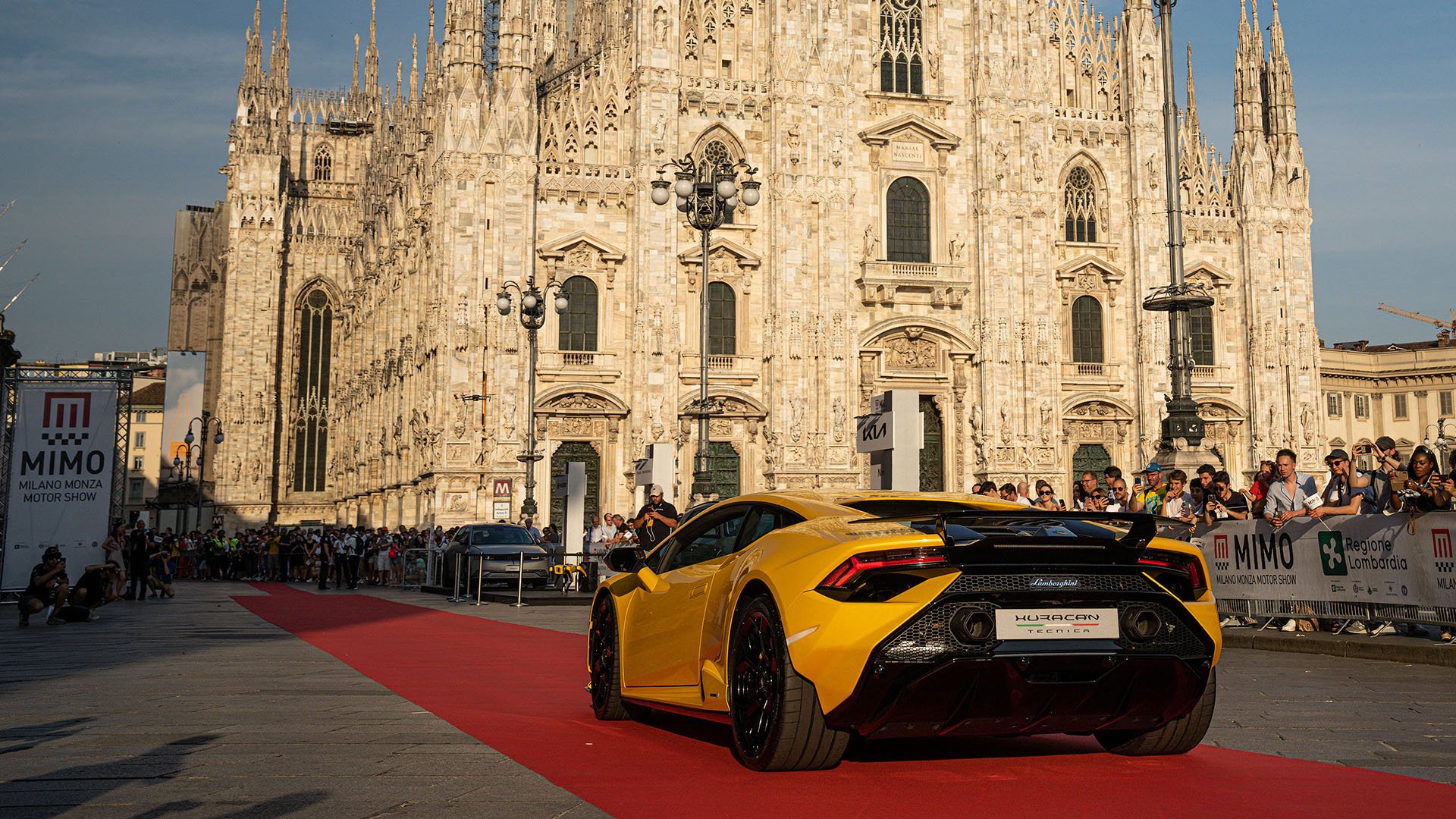 The post Lamborghini on display at the MiMo 2022 appeared first on LamboCARS.