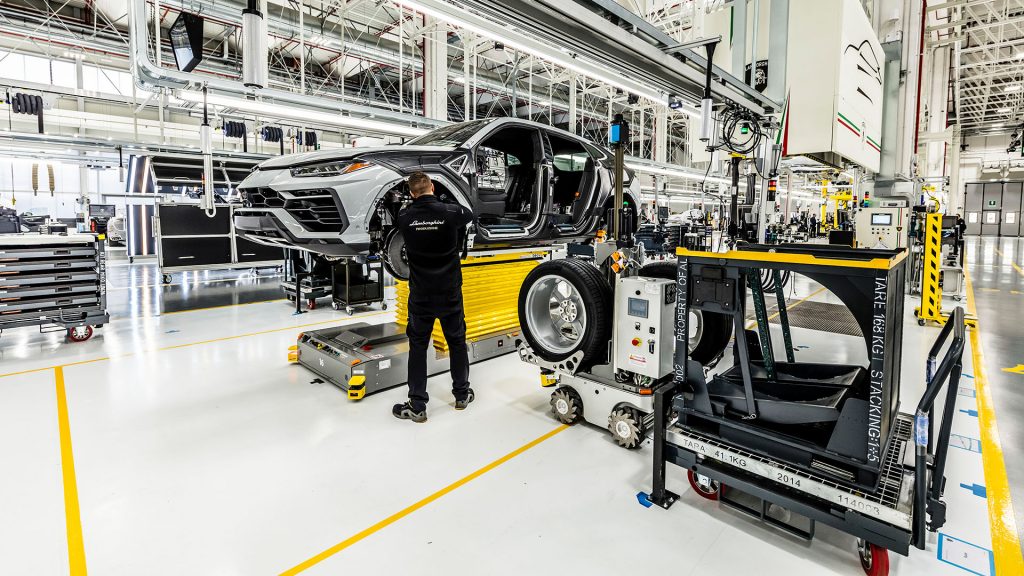 If you take into account the fact that the Lamborghini Urus was only unveiled just 4 years ago, back in 2018, the next tidbit of information is even more impressive, on the Linea Urus in Sant’Agata, in the assembly hall that has been added to the factory specifically to build the Super SUV, the 20,000th unit of this amazing twin-turbo V8 powered SUV was completed, making this the most produced model in the shortest period of time, this means that to date, on average 5,000 Lamborghini Urus were built per year. “From the first moment we presented the Urus concept at Beijing motor show in 2012, to its market debut in 2018 and each year since, the Urus has proved its instant and continued appeal as a true Lamborghini, born from our super sports heritage and the world’s first Super SUV, the LM 002,” said Stephan Winkelmann, Automobili Lamborghini Chairman and CEO. “The Urus is a perfect complement to our super sports model ranges, providing a luxurious and high–performance daily drive for those who identify with our authentic Italian brand.” 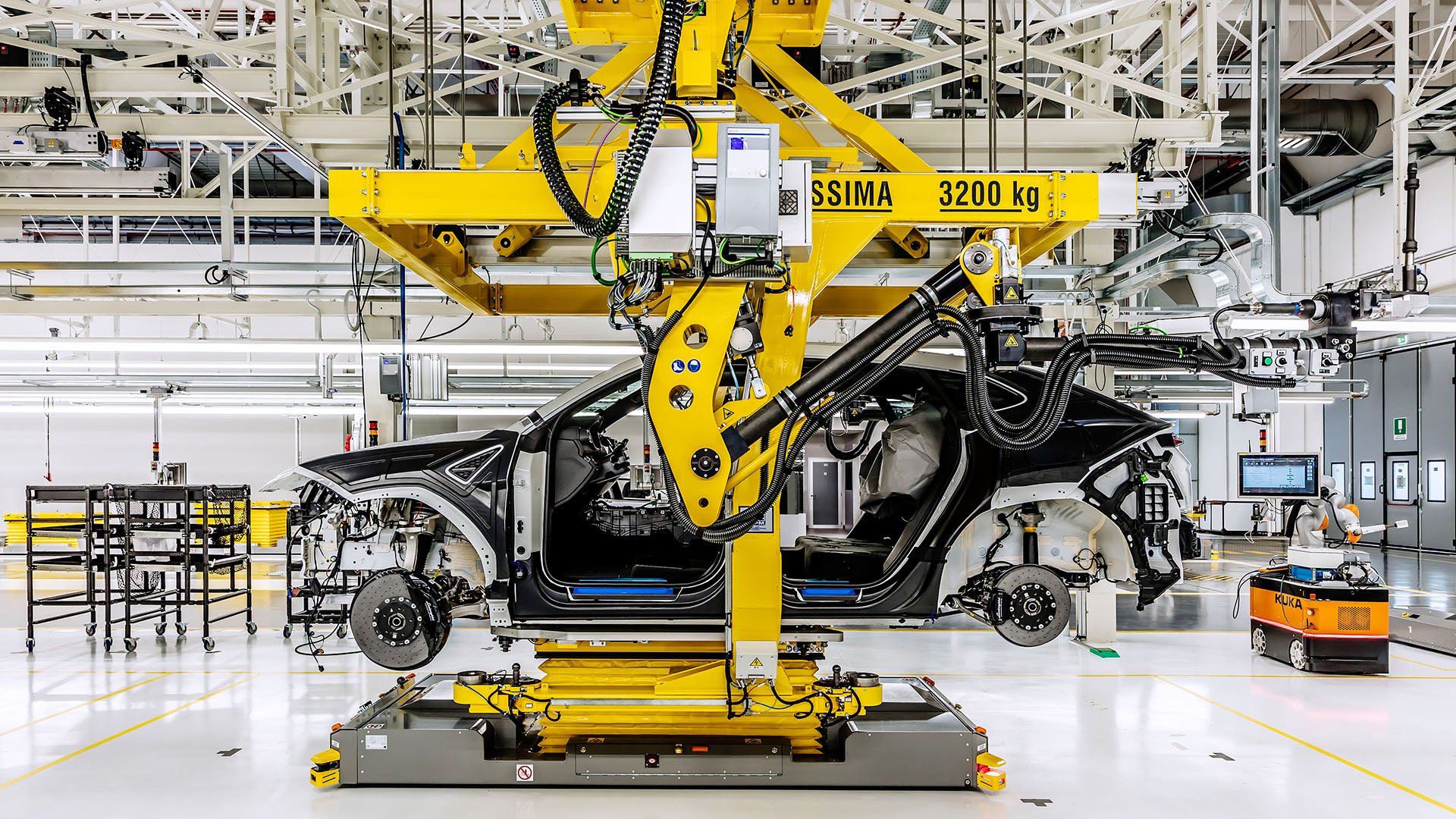 The Lamborghini Urus was unveiled in December 2017, but customers were shown this Super SUV only in the Spring of 2018, during a world tour that took the Lamborghini Urus to 114 cities in just four months, at that time about 70% of orders were signed by people that had never owned a Lamborghini before, so it quickly became obvious the choice of going for the Urus SUV over the Estoque concept for a four-seater sedan worked out perfectly for Lamborghini, the added sales for the Urus more than doubled annual production numbers at Sant’Agata. 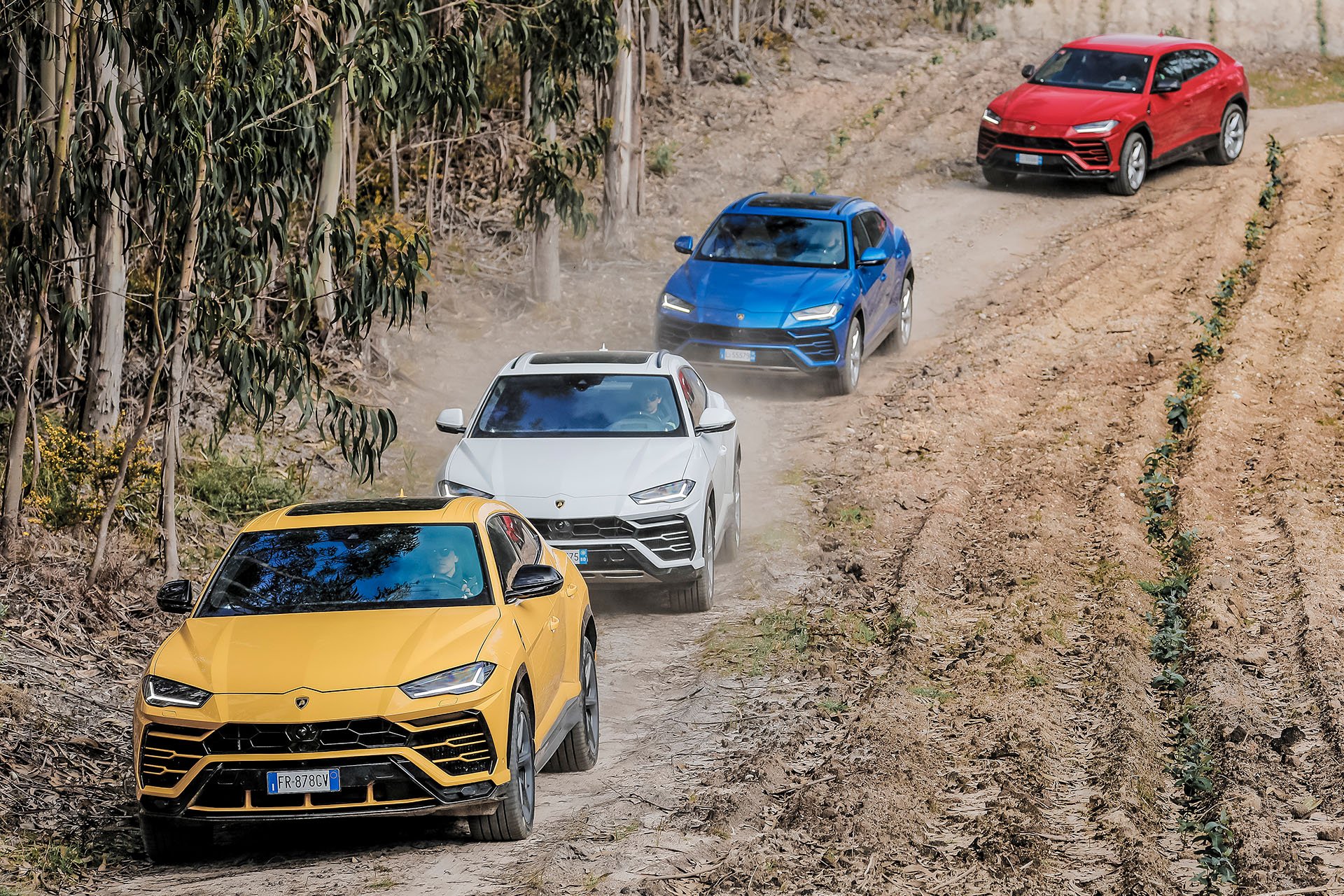 During the various Urus tours, the Super SUV has traveled 6,500 km across Japan; explored the Icelandic rockscapes; excelled on ice and snow tracks during the famous Lamborghini Accademia events; but the Urus also visited the most exclusive destinations of stunning Sardinia; and scaled Italian mountains to visit Christmas markets. A fleet of Urus showed off their prowess on the sand in Portugal’s Nazare beach while champion windsurfer Alessandro Marcianò took to the waves; Urus followed Italian paragliding champion Aaron Durogati on-road and off when he competed in the Red Bull X–Alps race in the Italian mountains. 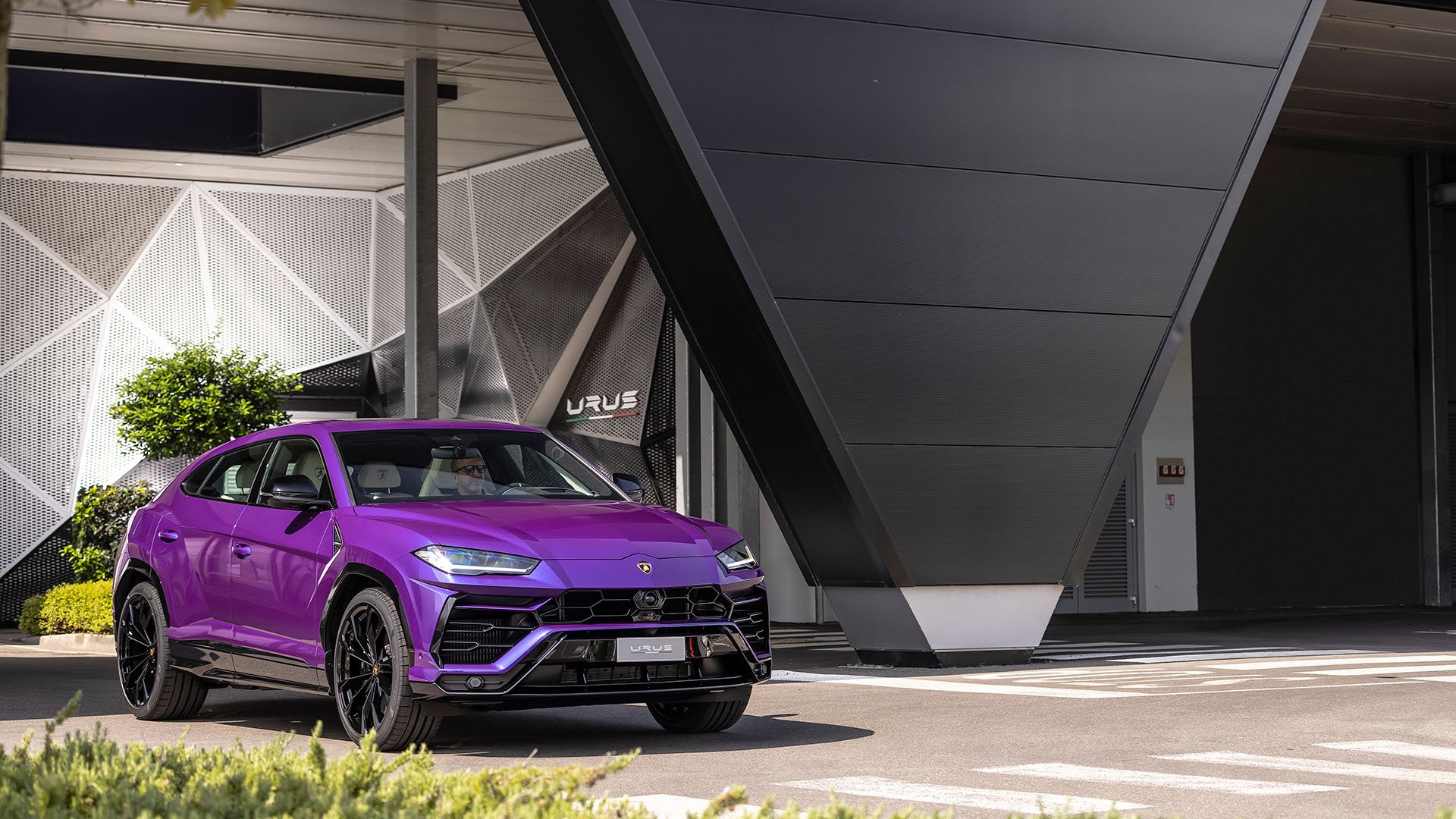 While not available at first, the Lamborghini Urus can now also be customized through the magnificent Ad Personam program, which focuses on reflecting the personality of the client, more specifically by applying stunning colors onto the bodywork, over the years the Ad Personam was available for the Urus, it turned out the most popular colors were Grigio Telesto, Blu Cepheus, and Viola Pasifae, and then we get to the ‘special edition’ models on the Urus, pre-set configurations from Ad Personam like the Graphite and Pearl capsules, which attracted Lamborghini customers to the colors Nero Noctis Matt (Graphite) and Arancio Borealis (Pearl). 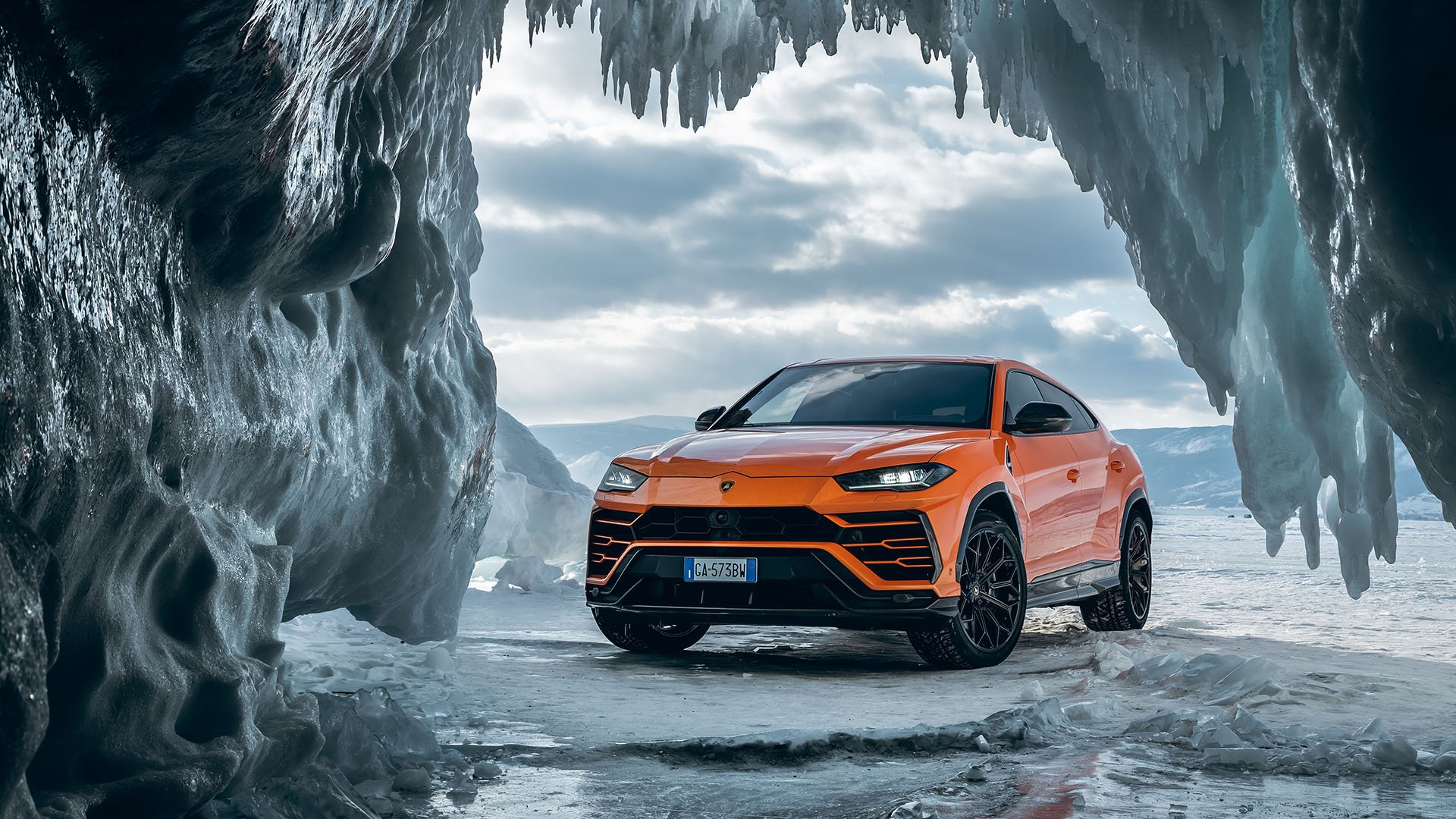 Over the period since 2018, after the introduction of the Lamborghini Urus, the factory workforce has been enlarged by over 500 employees, the factory grounds started out at 80,000 square meters, but thanks to the added assembly halls for this Super SUV, the factory now covers twice as much, 160,000 square meters, and we might see yet another expansion in a few years when Lamborghini adds a fourth model to the line-up, next to the V12 hybrid flagship, the hybrid replacement for the Huracán, and the Urus facelift, we should be getting an all-electric Gran Tourer from Lamborghini, so that will require even more space, and extra people. 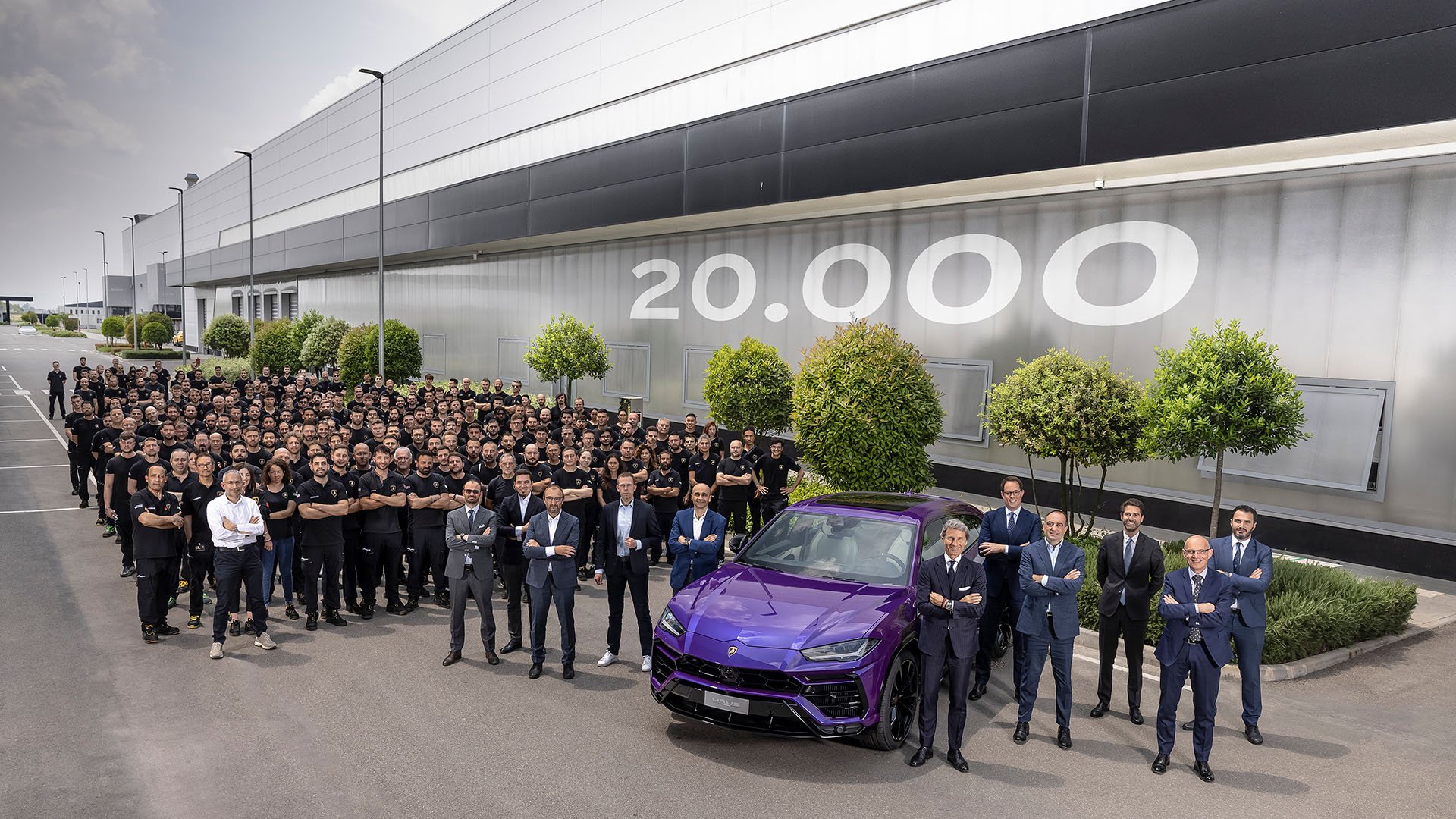 At this time the Lamborghini Urus still comes with the same engine from 2018, the 650 hp twin-turbo V8 4-Liter beauty under the front bonnet, torque sits at 850 Nm at 2,250 rpm, this comes down to 162.7 hp/liter, one of the highest power ratings in this class, and the Urus comes with the best weight-to-power ratio too, at 3.38 kg/hp, add the four-wheel drive and four-wheel steering configuration and the result is a tremendously fast car that can haul up to five people in relative comfort, from 0 to 100 km/h in just 3.6 seconds, 200 km/h is reached in a mere 12.8 seconds from a standstill while the top speed is a very respectable 305 km/h. 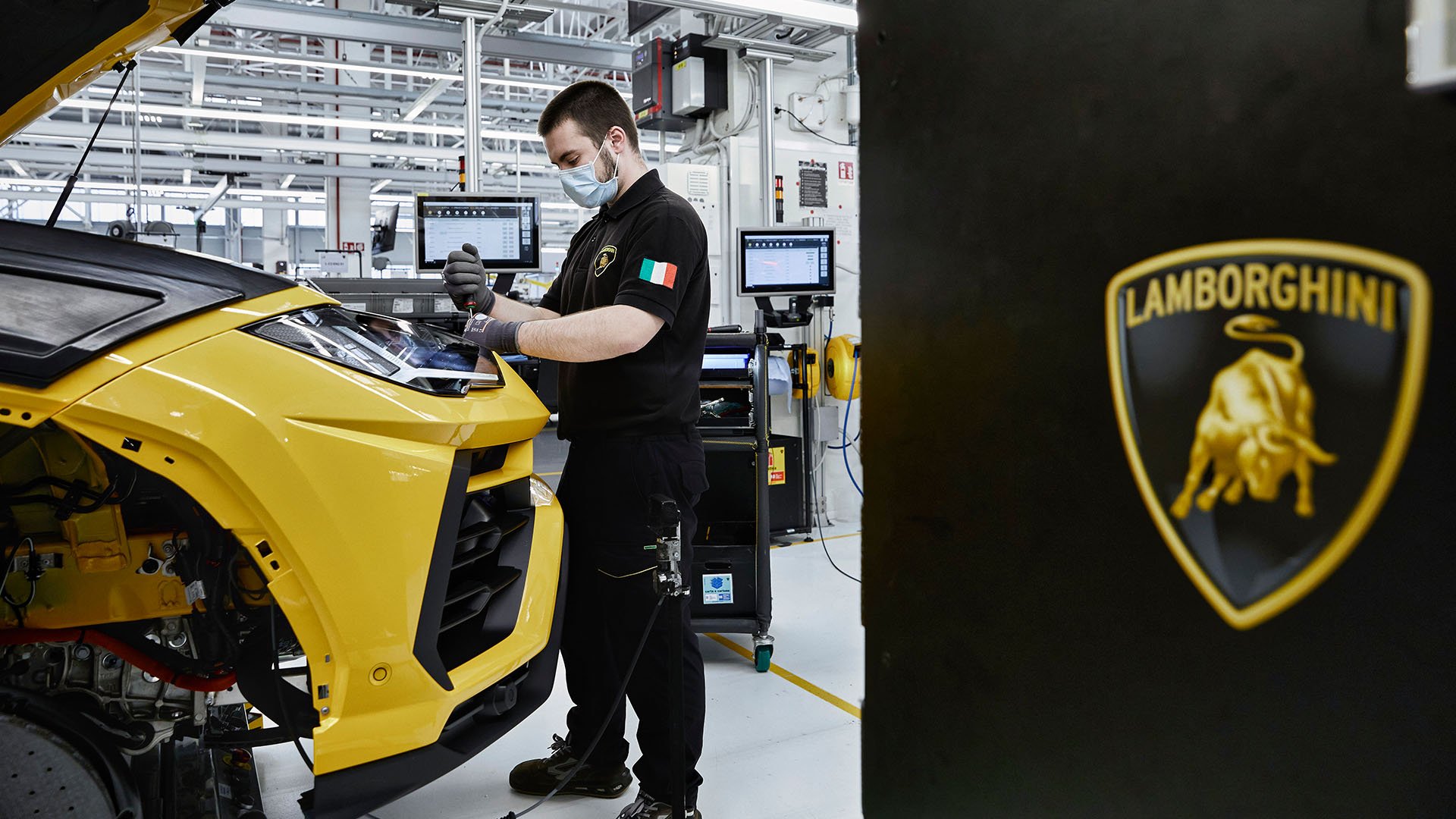 We all know the mid-life facelift for the Lamborghini Urus is probably just around the corner, rumors talk about a Urus EVO version, and other rumors mention a more powerful widebody version of the Urus, while we are still waiting for the Urus Ibrido that has been mentioned back in 2018 already, and with the Lamborghini Aventador flagship production halted, we’re all eagerly awaiting the successor that will retain the V12 engine configuration but coupled to a hybrid powertrain now, and once we get the flagship, which might be called Revuelto, it is time to replace the Huracán V10, which will also be a hybrid from then on, but no official information about the fact the V10 will make a return, or will Lamborghini opt for a smaller displacement, lesser cylinder, lightweight counterpart? 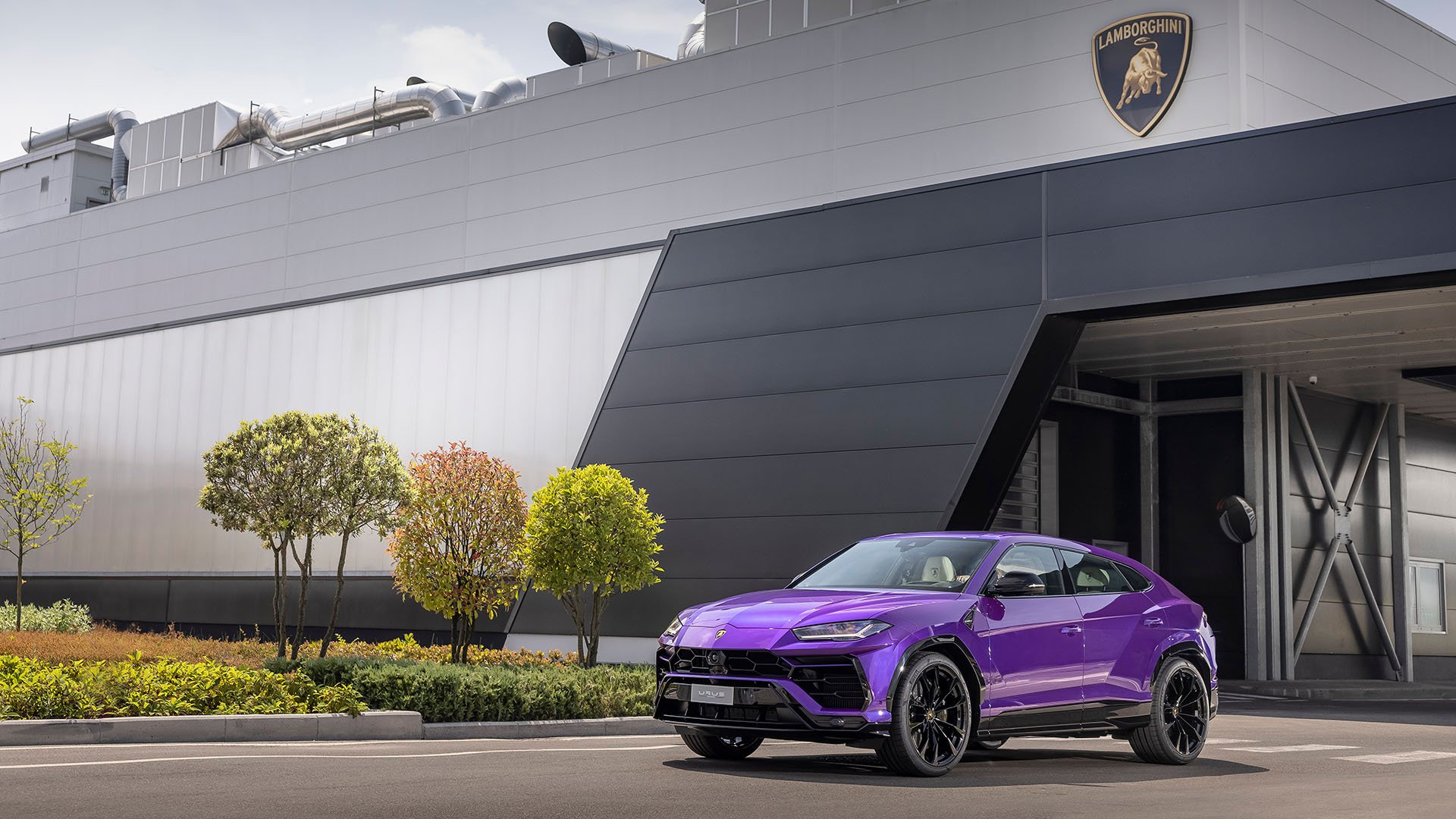 It is clear to see Automobili Lamborghini SpA is on a roll, breaking production and financial figures on an almost constant basis, sales are booming and it is no exception clients have to wait nearly 12 months to receive their new Raging Bull, orders are already signed for the upcoming V12 hybrid, even before most people have even seen the car, even virtually, so rest assured, by the time the general public gets to see the new flagship from Sant’Agata, the waiting list will be 12 months or more. 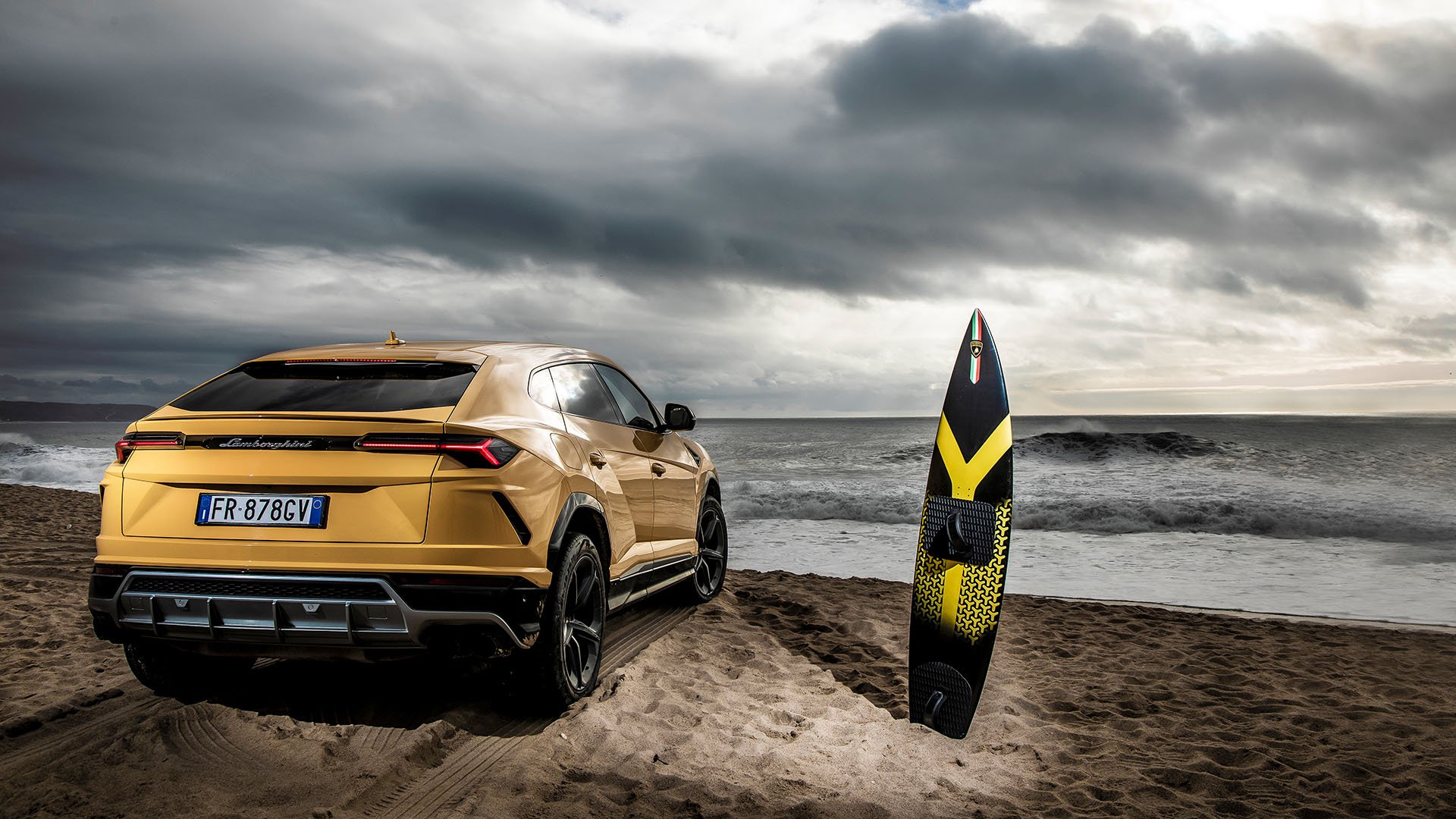 The post Another record for Lamborghini, Urus number 20,000 has been built appeared first on LamboCARS.