Skip to content
Latest News
Signs you need to Replace your Mercedes
What Education Does a Technician Need to Work in a Mercedes-Benz Factory?
Markus Schafer Interview in Car Magazine
[SPIED] Nice Idle Sound from 2023 Corvette Z06 with Z07 in Amplify Orange
These 31 Corvettes Eagerly Await Your Bid at Maple Brothers’ Kansas City Auction
Sales Launch Mercedes EQS SUV: from 110,658.10 euro
Order from Corvette Central Before August 22nd and Pick Up Your Parts at Corvettes at Carlisle
PICS: First Look at the 2023 Corvette Dark Stealth Exterior Badge 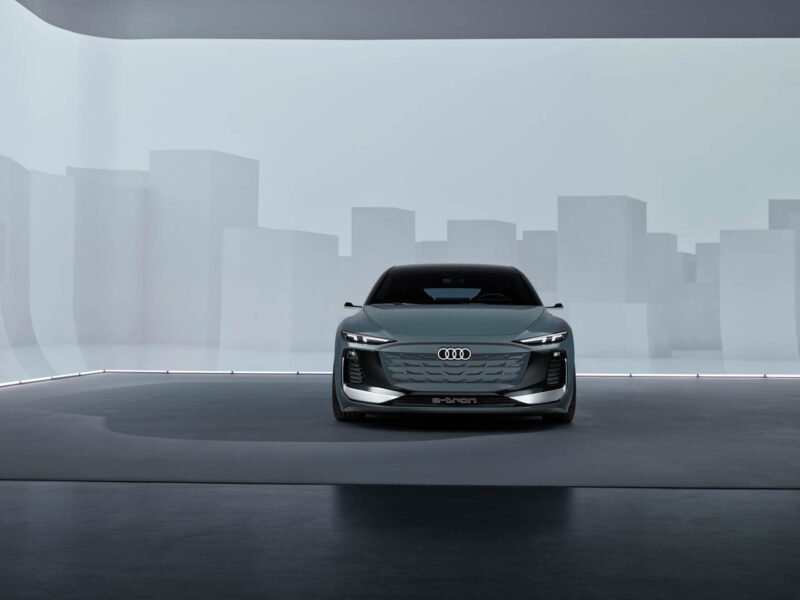 All this talk about the potential Audi RS6 e-tron Avant being in development and we totally forgot about an actual, real-life, all-electric Audi RS car right in front of us. Admittedly, it’s more of an SUV than a car but you get the point. It’s the Audi RS Q6 e-tron and it was just recently spied while doing some public testing and keen eyes will show you that it has a new split headlight design. (We don’t own the spy photos but they can be seen here)

This upcoming Audi RS Q6 e-tron will be built on the same PPE architecture as the A6 e-tron and Q6 e-tron. Though, it will obviously pack a ton of extra power. How do we know this test car is an RS Q6 and not just a standard Q6? A few reasons. One is that Motor1’s sources claim it to be as such. However, more evident reasons are that it features quite large front air intakes which, on an EV, would only be necessary to cool a large battery pack. Air intakes that large would only be needed if that battery pack had to send a ton of juice to powerful electric motors very suddenly. Oh, and it has big fat red brake calipers.

Now onto its design. We’ve seen the Audi Q6 e-tron doing some testing before, so we know the basic shape. It’s a sporty looking SUV sized in between the Q5 and Q7, as its nomenclature would suggest. However, this specific test mule has less camouflage than usual, which allows us to see its split headlight design in better detail. It looks as though some snazzy LED daytime running lights will occupy the upper half of the split headlights and the main beam will sit in the lower half. Though, we can’t be certain at this point.

The design is similar to what we’ve seen on the Audi A6 e-tron Concept. While both concepts hid their lower headlight half in large air intakes, they essentially had a similar design.

Those headlights look good, though, and are fitting for an electric car that’s said to be quite high-tech. Hopefully, this car is as high-performance as the rest of its RS siblings.