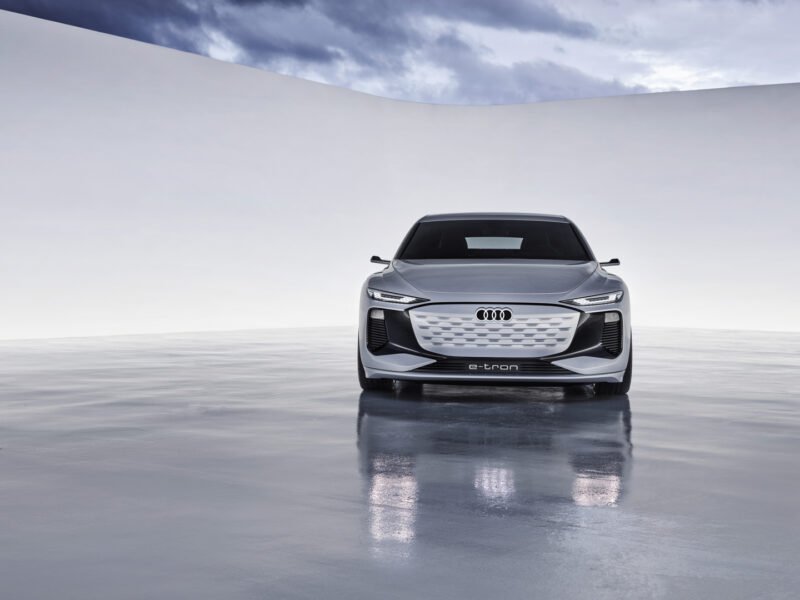 The big Audi news at the moment is the unveiling of the all-new Audi A6 Avant e-tron Concept, a gorgeous all-electric wagon based on the previous A6 e-tron Concept. From those concepts, production cars will be born and the A6 e-tron sedan is first. In fact, it’s already in the works, as some new spy photos caught the upcoming electric sedan doing some testing, showing off its split headlights through camouflage. (We don’t own the spy photos but they can be seen here)

These are this first spy photos we’ve seen of the Audi A6 e-tron and its proportions seem a bit different from the Concept’s. It seems a bit taller and a bit more bulbous. Though, it’s likely tough to match the Concept’s stunning profile exactly.

However, the most notable bit of design on the A6 e-tron in these spy photos is its split headlight look. The concept car’s headlights were singular, very slim, and pretty. These new split headlights aren’t quite as elegant, though the top portion of the lights does look similar to the concept’s.

The test mule in the photos uses traditional side mirrors, rather than the side cameras seen on the concept, but expect cameras to be optional. Although, having used side cameras, I’d prefer to use regular old mirrors, as they’re simpler and less fussy.

When the Audi A6 e-tron debuts, it will be based on the new PPE architecture, an all-electric platform shared with the VW Group. It will use 800-volt technology, which will provide its 100 kWh battery pack with 270 kW charging speeds. That battery will send power to two electric motors, one at each axle, which combine to make 496 horsepower and 590 lb-ft of torque. At least that’s what one model variant will make, likely the Audi S6 e-tron. Less powerful models will also be produced.

It’s impossible to tell from these photos but we sincerely hope that Audi makes the A6 e-tron production as close to its concept as possible. If so, Audi will have one of the best looking sedans in the world.