Skip to content
Latest News
Pick of the Day: 1986 Chevrolet Camaro IROC Z28
Open or Enclosed Carrier: Which One Should You Opt to Transport a Mercedes on?
How To Keep Your Mercedes-Benz In Perfect Condition
Mercedes EQT Marco Polo Concept: the first fully electric micro camper van
Bertone name revived for supercar project
Which of These Red Corvettes Would You Add to Your Garage: A 1959 Roadster or a 2021 Z51 Stingray?
Corvette Assembly Plant Avoids Major Shutdown with New Labor Agreement for Temporary Employees
ATV that almost killed Ozzy Osbourne sold at auction 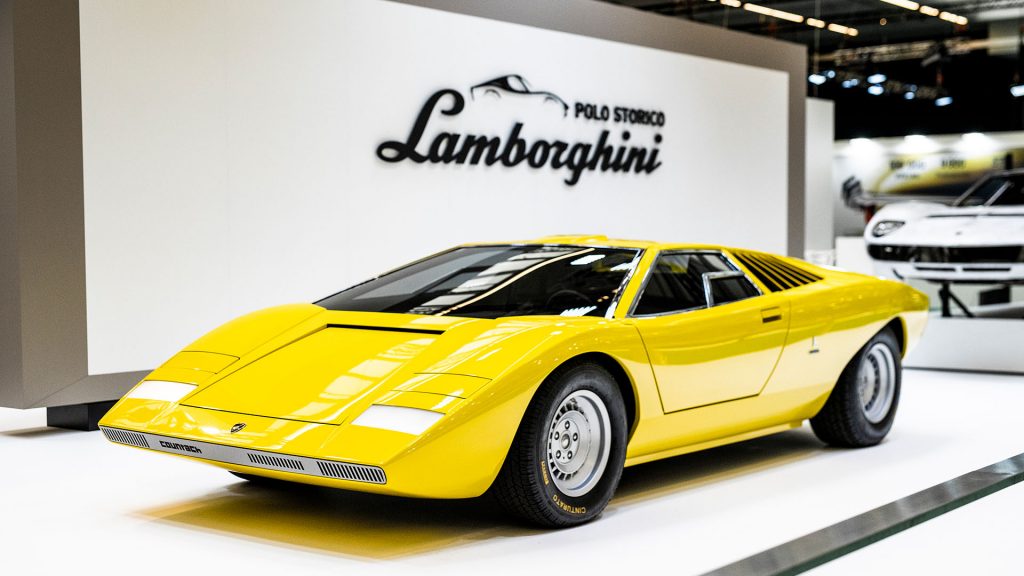 Automobili Lamborghini SpA unveiled the recreation of the Lamborghini Countach prototype to a select public at the Concorso d’Eleganza Villa d’Este held between October 1st to the 3rd in 2021, but just in case you’ve missed that opportunity, you now have a second chance, their Polo Storico in-house restoration department managed to convince Albert Spiess, the owner of this one-off recreation, to allow them to put this beauty from the Seventies on display during the 2022 edition of Rétromobile in Paris, but you’ll still have to be quick as this show started on March 15 but will only run until March 20. “The V12 engine is at the heart of icons from the brand’s history, from the Miura and the Countach to the Aventador Ultimae, which this year brings down the curtain on the unforgettable story of our internal combustion engine,” said Winkelmann. “Enthusiasts of automotive culture will be able to join us at Rétromobile, where we are paying tribute to our cherished heritage and the vast engineering expertise of our past and present technicians. From next year, Lamborghini will step into an electrified future: the heir to the Aventador will be presented with hybrid technology in the first phase of our Direzione Cor Tauri plan, which maps out the path to 2030. It sets targets with the aim of reducing our environmental impact by taking a holistic and socially responsible approach.” 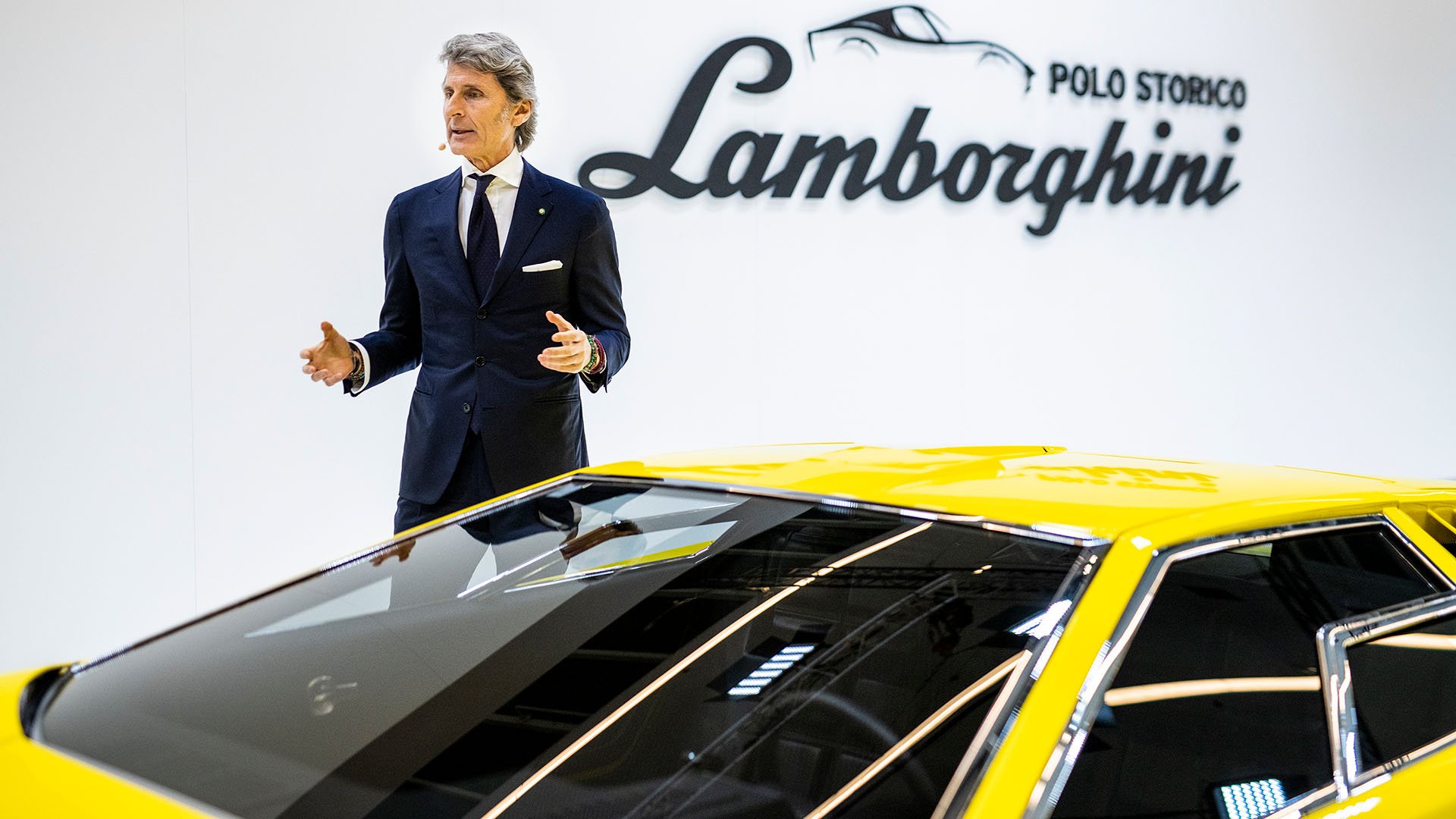 And it’s not only this amazing Giallo Fly Speciale shade of yellow on the classic Countach that will draw a crowd, next to this beauty you can admire another icon, a Miura SV that is currently being restored by Polo Storico, the owner requested them to do a restoration for conservation purpose, she will eventually be repainted in the original Arancio Miura shade that was really popular in the Sixties, after the repaint the rest of the car, the engine, drivetrain, and interior will also be fitted after an in-depth restoration process in Sant’Agata. 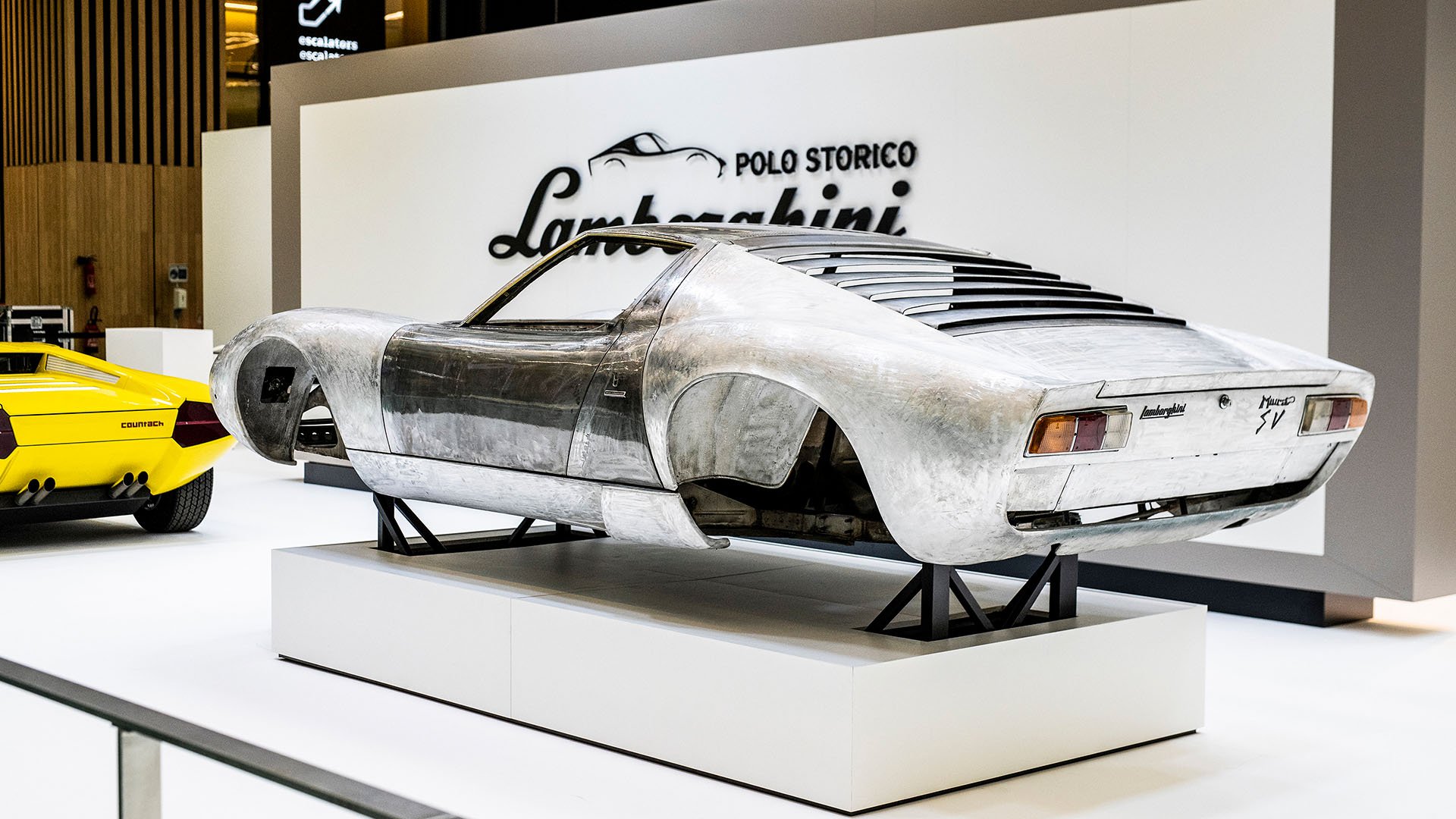 Showcasing these two classic V12 supercar icons does come with an important message for the future, as we are set to say goodbye to the classic ICE V12 engine on Lamborghini’s flagship model, these two cars were extremely important in the overall history of Automobili Lamborghini SpA, next year, in 2023 we’ll be seeing the first entry from Lamborghini into the world of hybrid production supercars, and yes, there is the Sián and the Countach LPI800-4 which are technically also a V12 hybrid with their supercapacitor and electric motor, but those are limited editions, not real production cars like the Aventador successor will be. 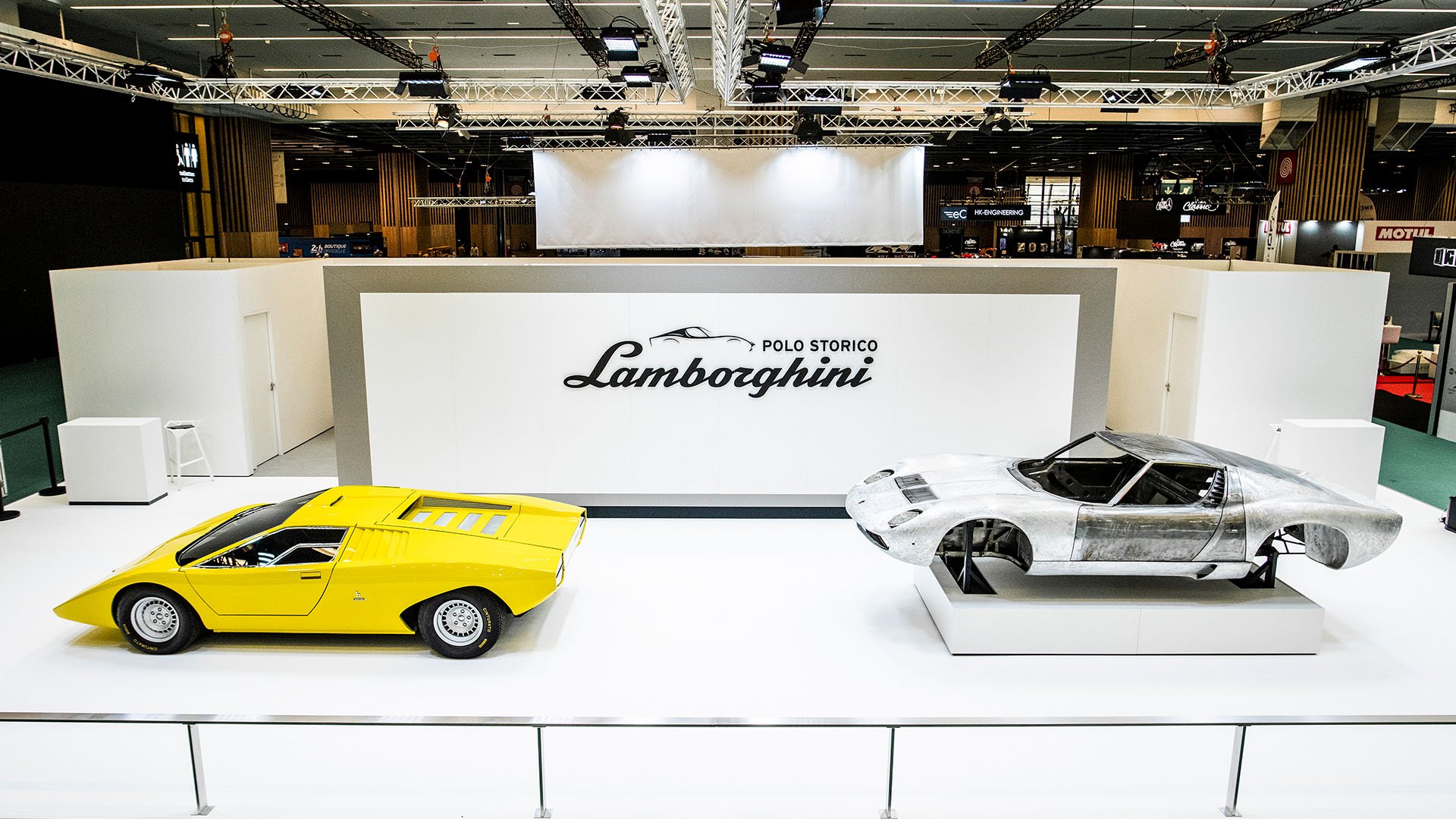 Remember it took Polo Storico about 25,000 manhours to recreate the 1971 Lamborghini Countach LP500 Prototype from scratch for wealthy car collector Albert Spiess from Switzerland, he was able to recreate this masterpiece after the original one was lost during crash testing in March 1974, but it took the help from the Lamborghini Centro Style to complete the task of making sure the car looked as close to the original as possible, going over period photos and the scarce blueprints that could be found. 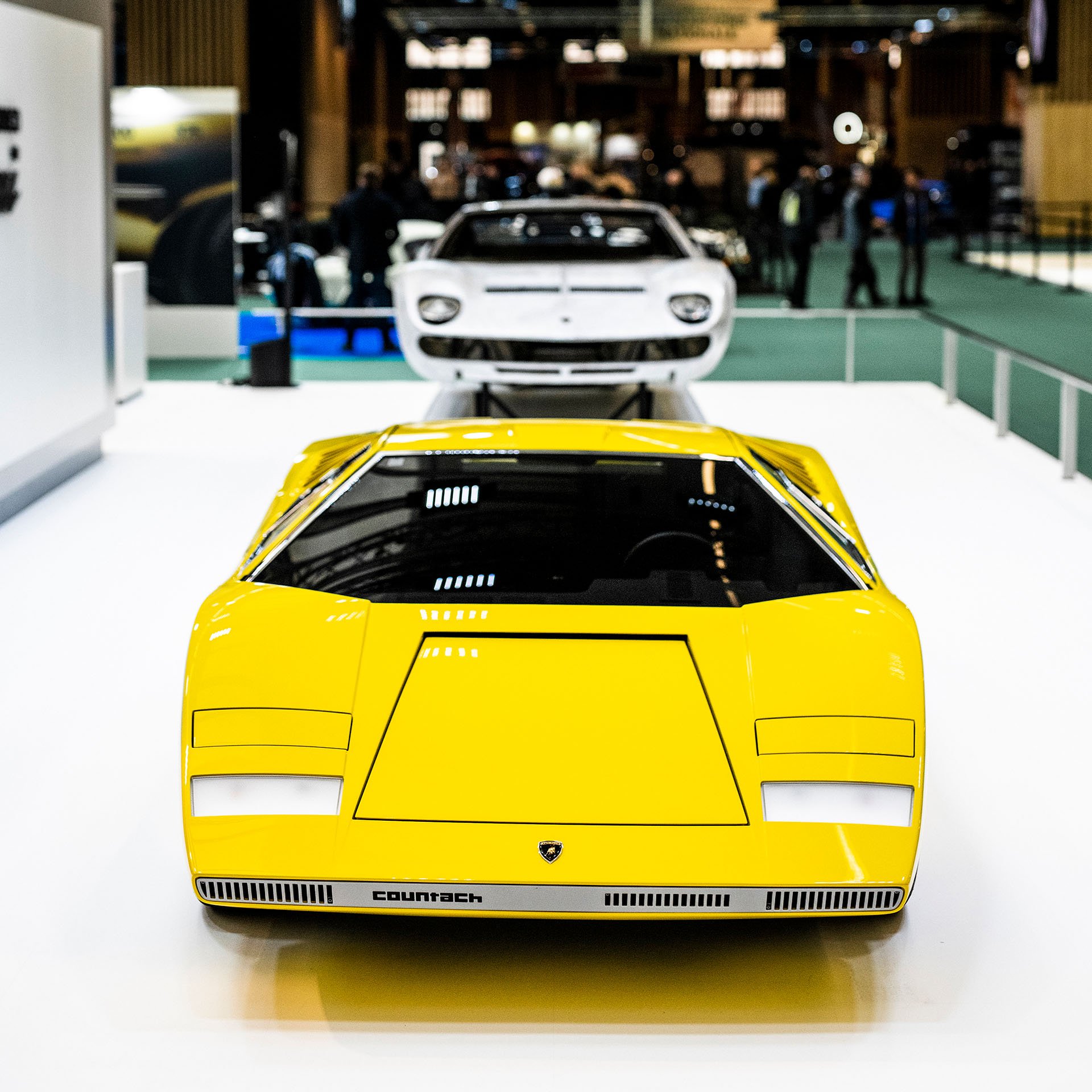 But being 50 years ago, not all parts could be found today, so Lamborghini’s Polo Storico had to either restore original, old parts or just recreate them from scratch as some parts didn’t get used in the actual Lamborghini Countach LP400 production cars, the beautiful yellow painted body on this recreation was actually made exactly the same way as it was done in the early Seventies, by panel beaters over a wooden jig, old-style, Lamborghini even had Pirelli do a remake of the original tires, down to the exact tread pattern, but using modern construction and rubber layering to make sure this car was fully street legal so the owner could drive her on the open road. 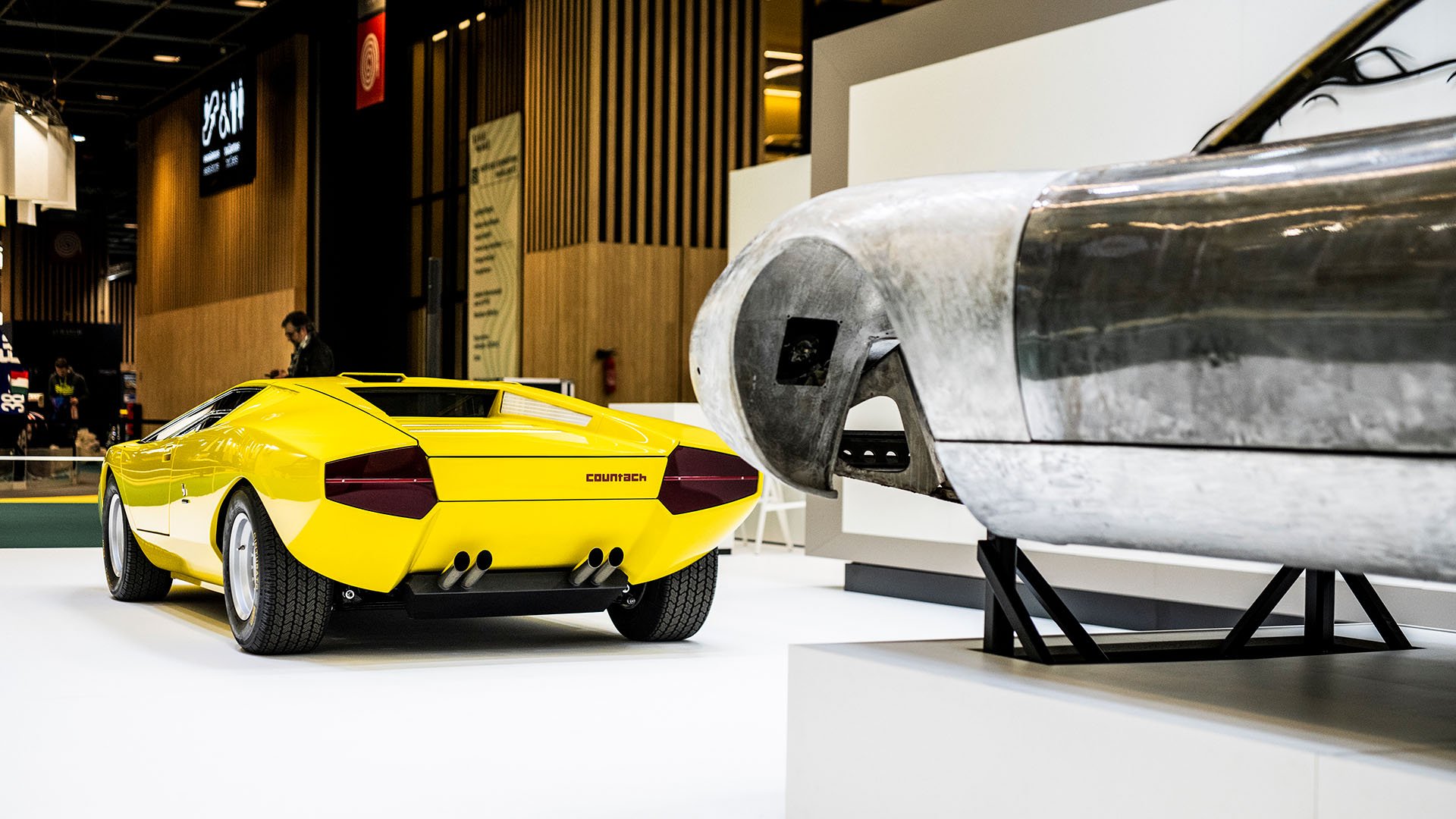 Lamborghini Polo Storico started back in 2015 already, one of their first complete restoration projects involved the actual 1971 Lamborghini Miura SV shown at the Geneva Motor Show that year … and yes, that’s the same year the Lamborghini Countach LP500 Prototype was shown, and the same model of this legendary model that is considered by many to be the world’s first supercar, that is now shown next to the Countach Prototype recreation in Paris during the 2022 Rétromobile show. 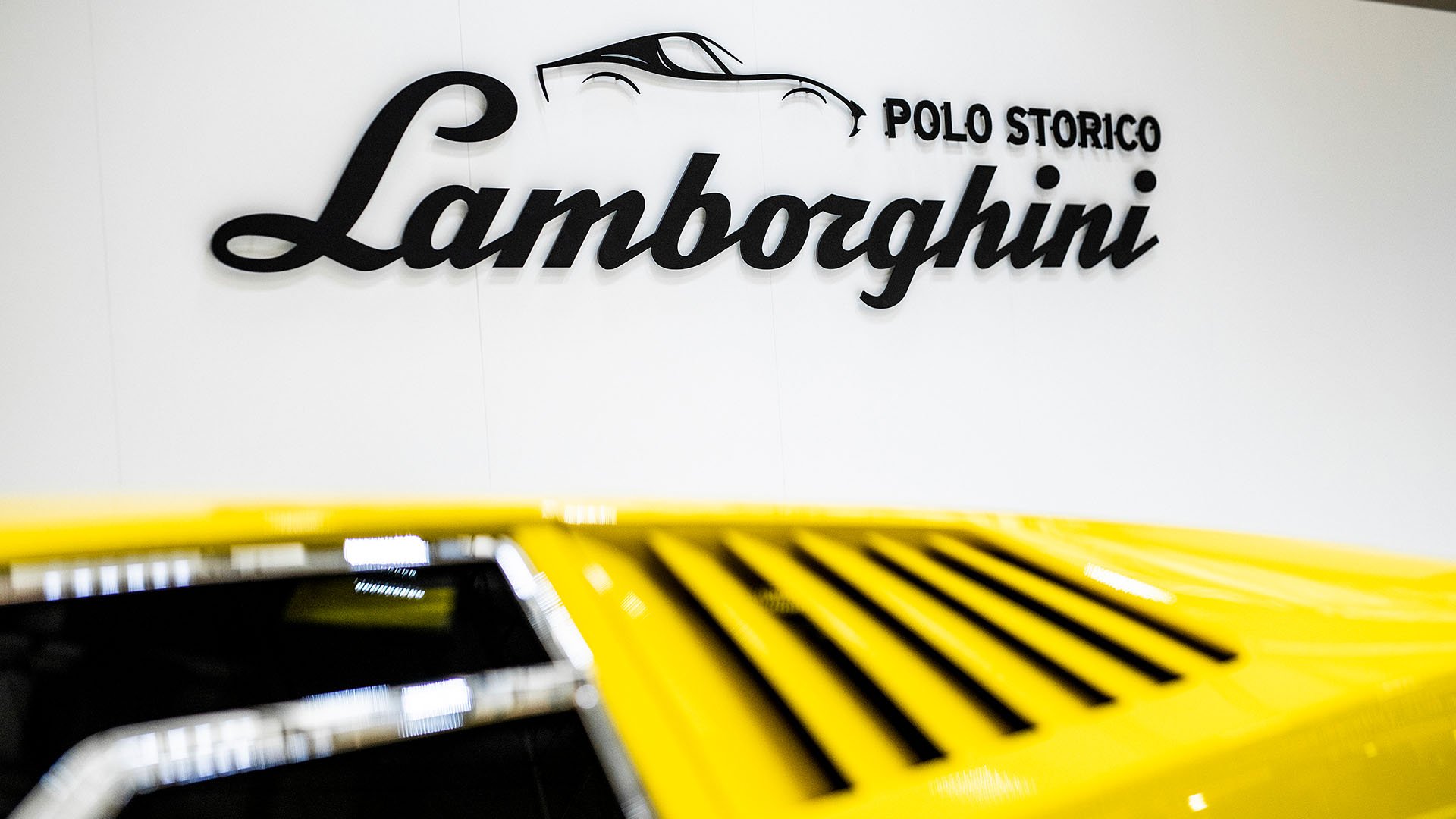 Bringing your pride and joy to Sant’Agata to have the Polo Storico department perform a nuts and bolts restoration from the ground up might not be cheap, but you’ll have a classic Lamborghini that has been rebuilt at her birthplace, it doesn’t come any better than that I guess, also Polo Storico’s main task is to certify and restore classic Lamborghini cars up to 2001, so it ends with the Diablo at this time, and Polo Storico is in a perfect position to oversee the preservation of the little stock that remains of some parts, and to oversee the purchase of new material for the official Lamborghini archives so they can rely on actual information from the era when tackling a classic Raging Bull. 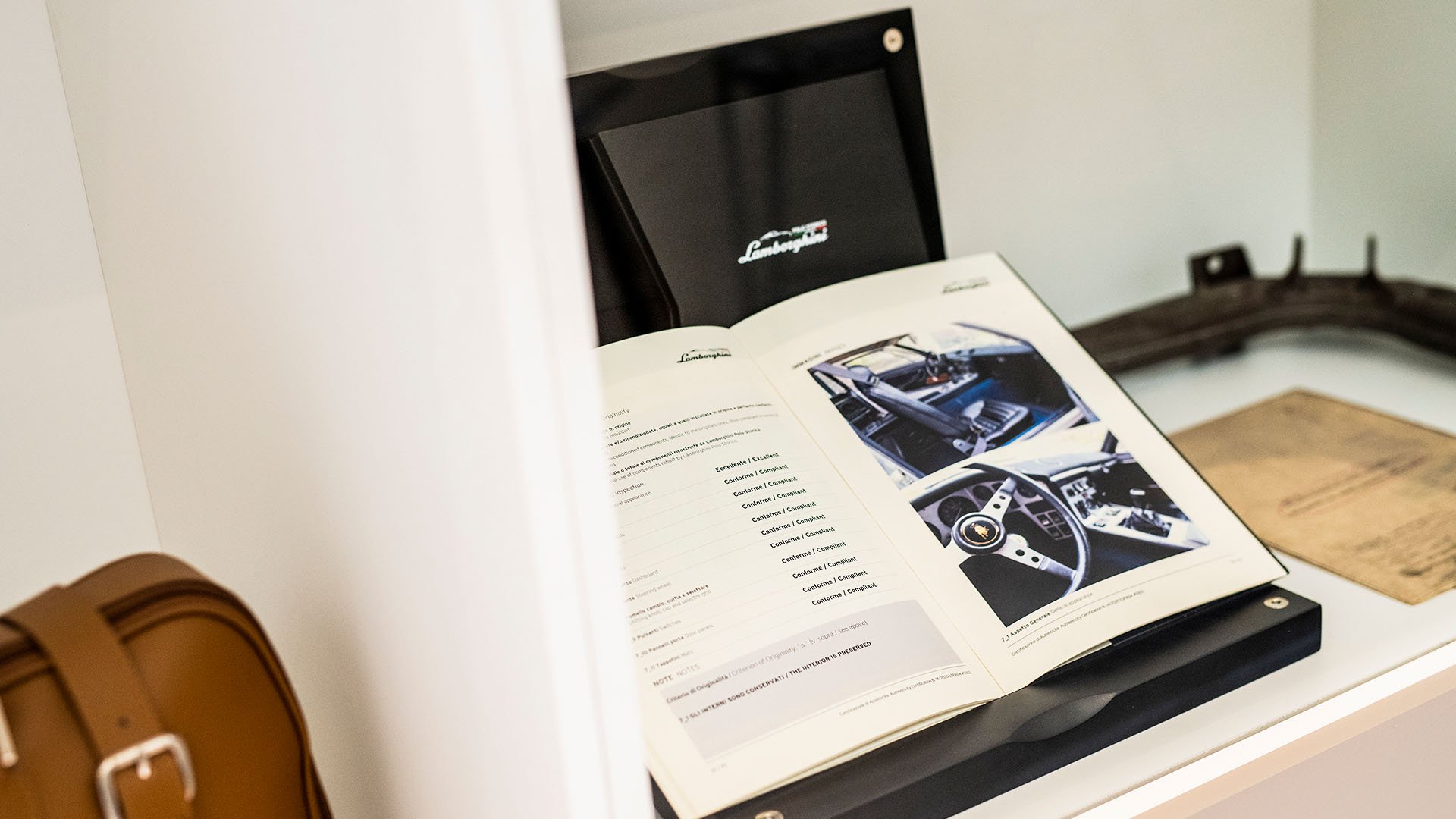 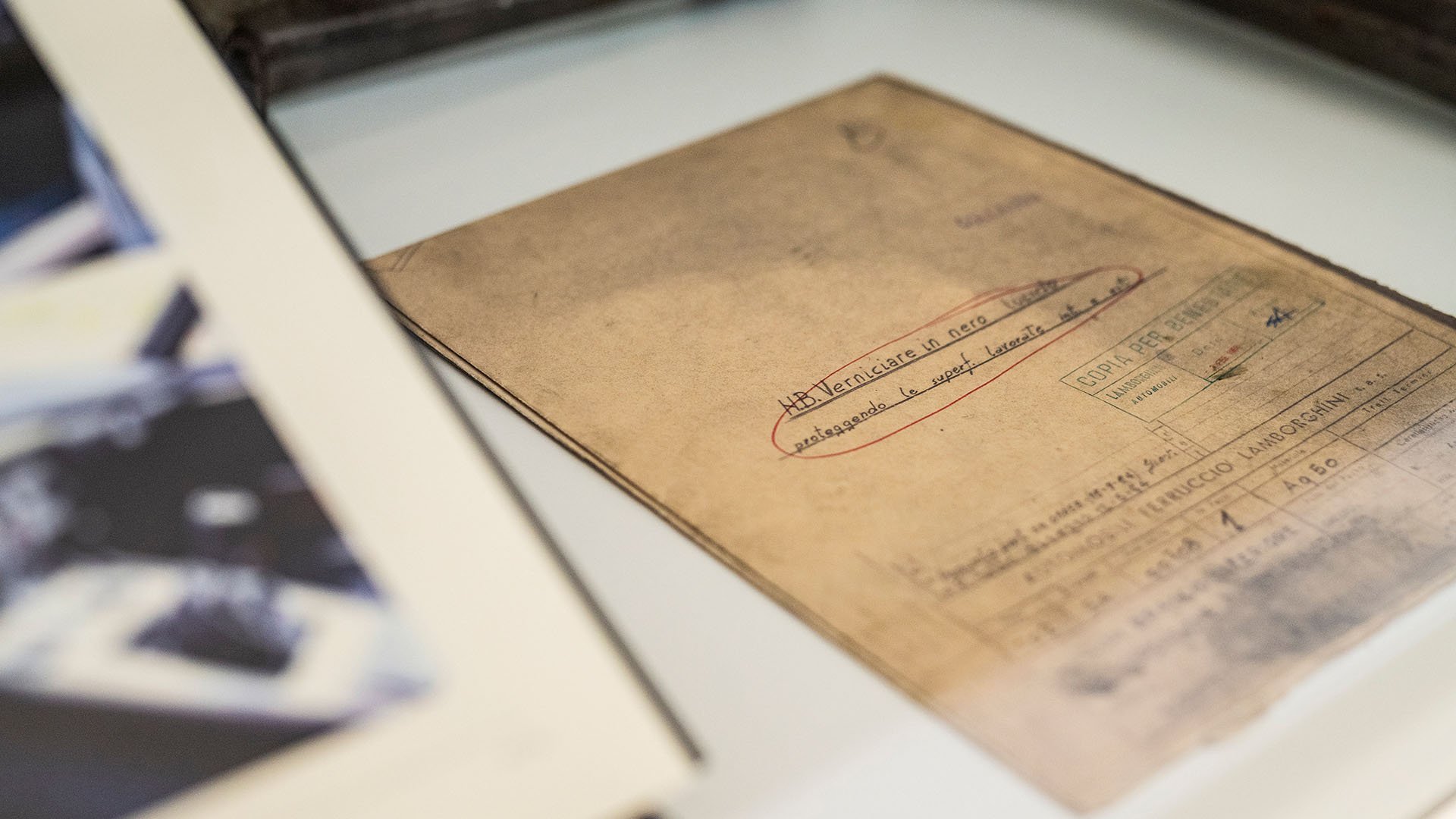 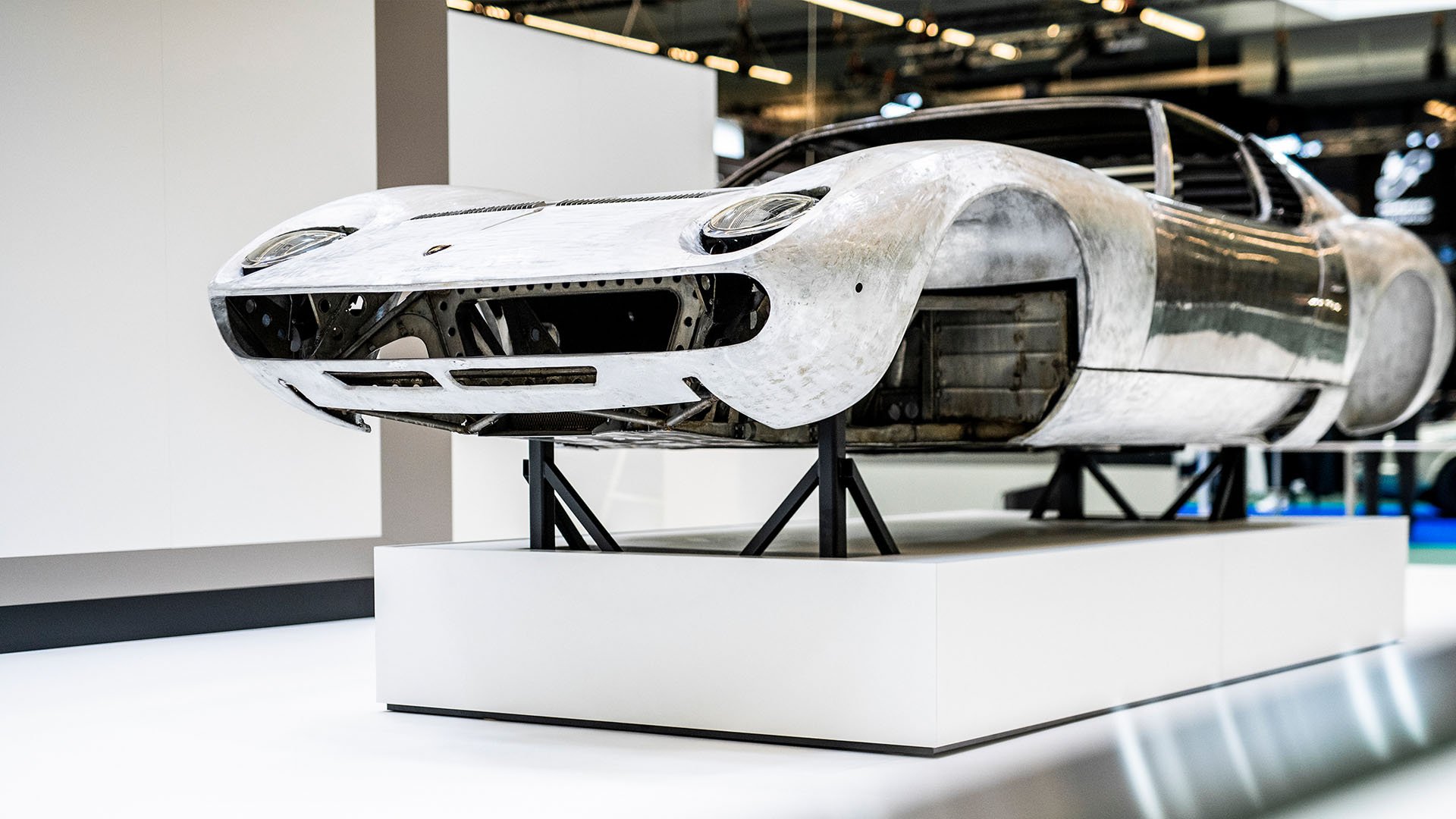 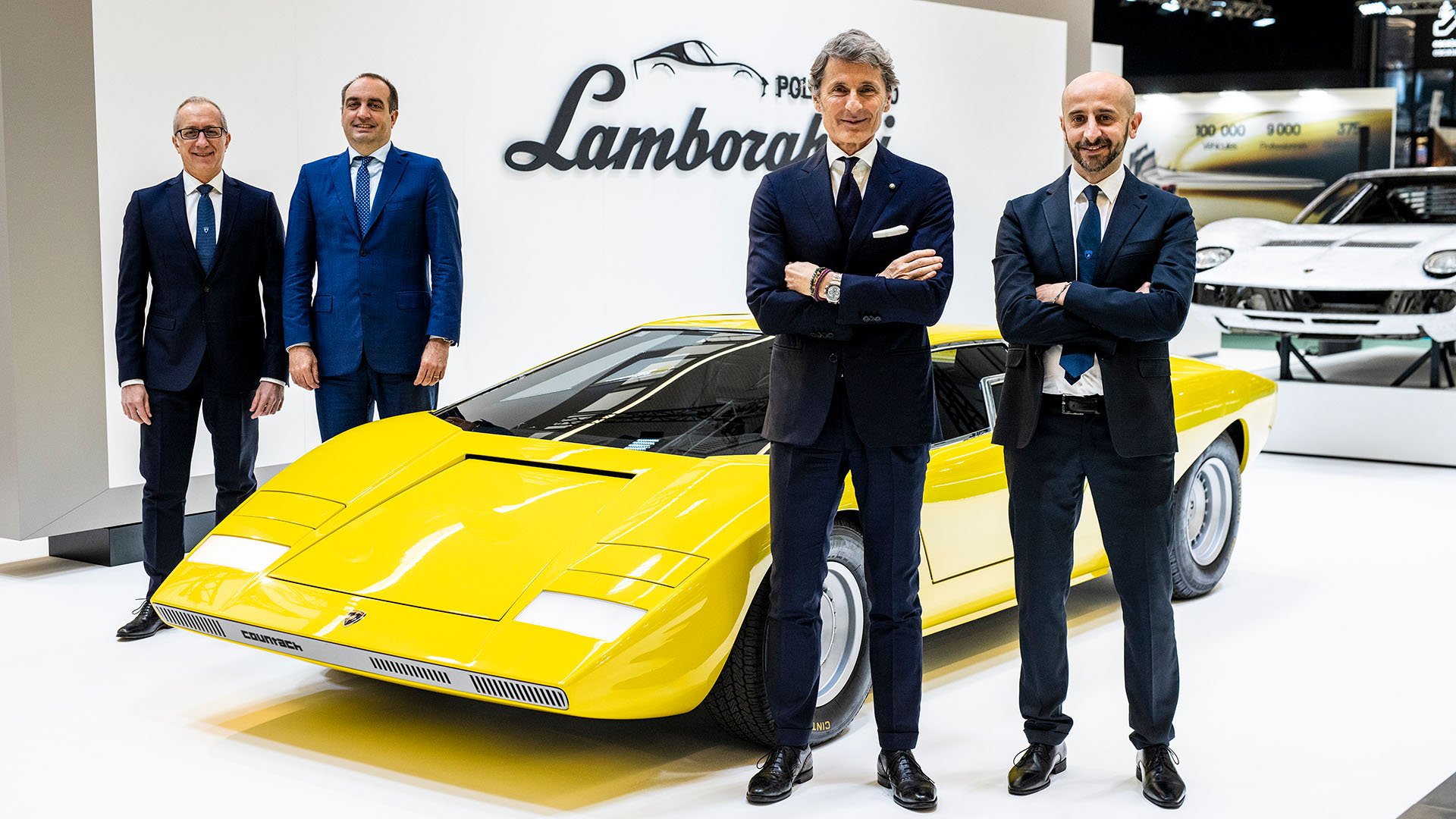 The post Lamborghini shows two icons at the 2022 Rétromobile in Paris appeared first on LamboCARS.