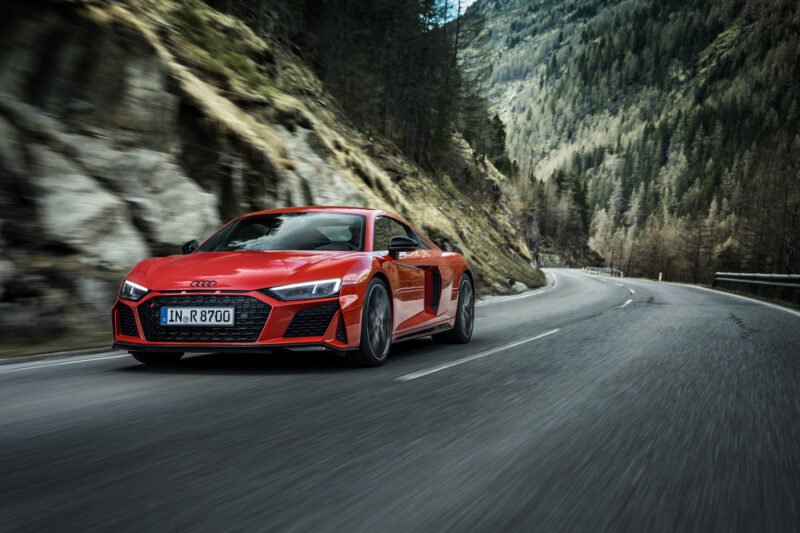 The Audi R8 isn’t quite dead yet but it’s not too far off. This current-generation R8 is on its last legs and it will spell the end for internal combustion R8s. However, while it’s still here, the R8 V10 should be celebrated, as it’s one of the very last naturally-aspirated supercars the world will ever see.

To celebrate the Audi R8 V10, and all of its 8,000 rpm fury, check out this video from Auditography. The video comes from Grand Canaria, a small, beautiful island off the coast of Spain. Audi brought journalists to Grand Canaria for the launch of the R8 V10 RWD (and its Spyder sibling) and we can see why — it’s breathtaking. The roads are pretty killer, too.

As great looking as the Audi R8 is, and how well it can handle a twisty canyon road, the star of the show is the engine. The 5.2 liter naturally-aspirated V10 makes 562 horsepower and 406 lb-ft of torque in Audi R8 V10 RWD Performance-spec. But even the power takes a back seat to the noise. Audi’s brilliant V10 revs to 8,250 rpm and makes the most delicious noise doing it. The R8 was never the fastest supercar in its price bracket but it’s always been among the most charismatic, all thanks to that screaming V10. Especially since almost all of its competitors have switched to turbocharged, downsized engines.

When the Audi R8 finally dies off, it’s most likely going to be replaced with something electric. Admittedly, that sounds awesome. A mid-engine-looking, all-electric supercar from Audi? Sign us up, please. Though, once that happens, we’re going to miss this V10-powered R8 and all of the 8,000 rpm anger that came with it. So while it’s still here, it needs to be celebrated. Watching this new video from Auditography is a good way to do that.