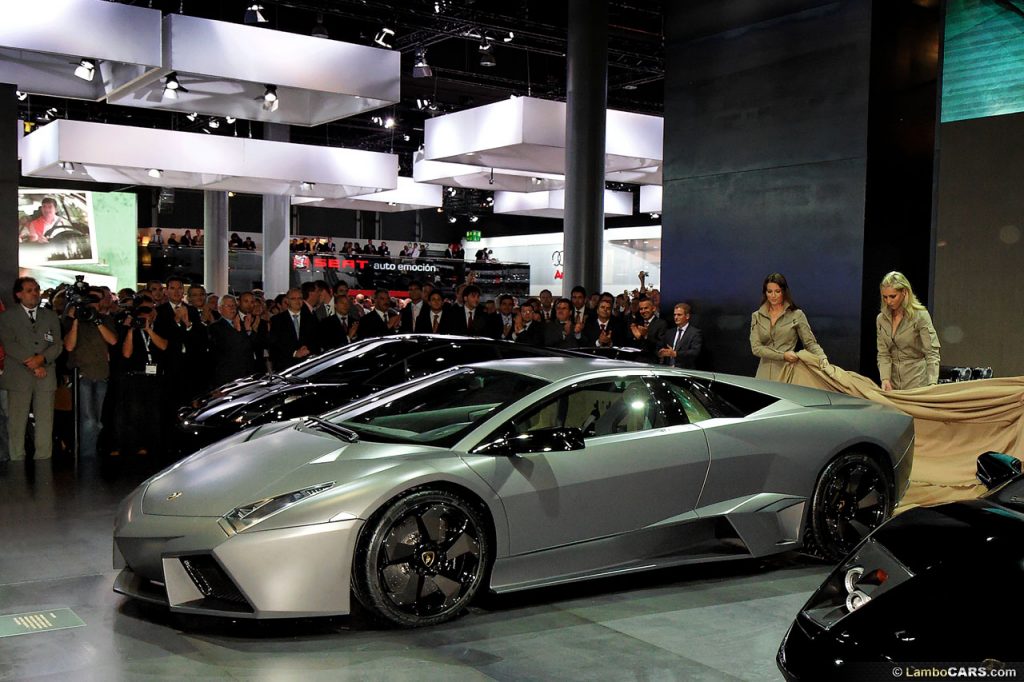 Lamborghini has made it a habit of creating limited-edition models, and we’re not talking about the likes of a Diablo SE30 or an Aventador SVJ that had 150 units and 900 units (SVJ Coupe), we’re talking about models with just a few units ever made, Lamborghini refers to these as few-off models, and it all started with the Lamborghini Reventon back in 2007, based on the Murciélago, only 20 were ever made, with an MSRP of exactly €1,000,000 before taxes. When the Lamborghini Aventador took over in 2011, it took them just one year to create a one-off based on this new flagship, the Aventador J, featuring no roof whatsoever, and totally unique as only one was made in 2012, with a rumored price tag of $2,800,000, exclusivity comes at a price, but things got really interesting in 2013, the year during which Automobili Lamborgini celebrated their 50th anniversary (being founded in 1963), and yes, there is the Aventador LP720-4 50th anniversary with 100 units of the Coupe and 100 units of a Roadster, but earlier in 2013, at the Geneva Motor Show, Lamborghini unveiled the extremely impressive Lamborghini Veneno. 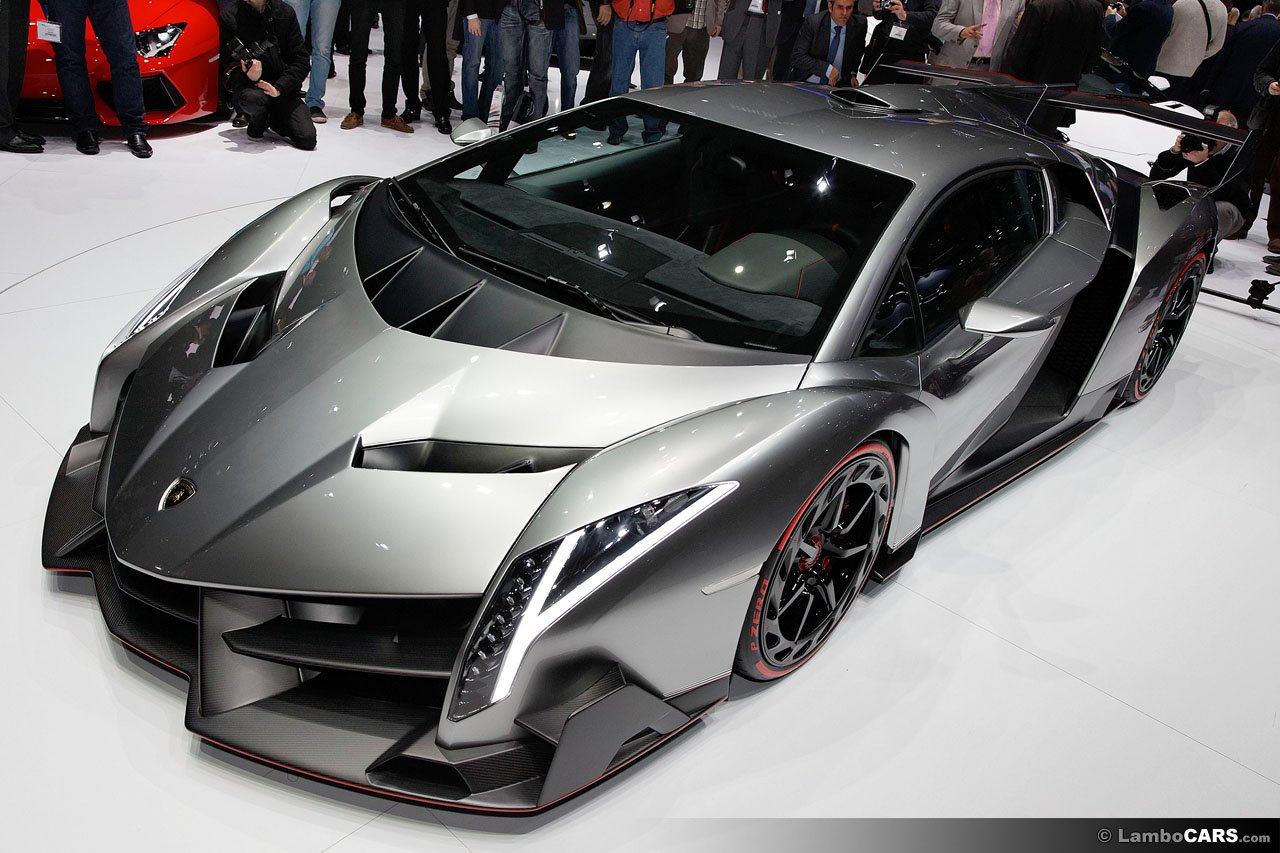 And here is where things get really confusing, various sources get the number of Veneno made completely wrong, and I admit, it’s a little confusing, but in the end, it’s quite simple, in 2013 Lamborghini unveiled the Veneno Coupe in Geneva, finished in a silver/grey metallic called Metalluro, the ‘show car’ was in fact a so-called production prototype, and it was kept by the factory, while a total of three Lamborghini Veneno Coupe were sold to clients, and yes, all three were also finished in Metalluro, you couldn’t spec a different exterior color on your €3,000,000 few-off Lamborghini, the only option were the thin stripes on the lower section of the car and the Pirelli livery on the tires, you had Rosso, Verde, and Bianca, and that’s it.

Automobili Lamborghini SpA had no problem selling these three Veneno, they were sold out in a heartbeat, the Veneno Verde became famous in Miami thanks to the owner Kris Singh who drove it a lot, the Veneno Rosso was bought by Dominic who would later buy a Roadster too, but more on that later, but sadly the Veneno Bianca, so the one with the white ‘livery’ traveled the world, changing owner regularly, rumor has it she’s currently located in Germany, and for sale. 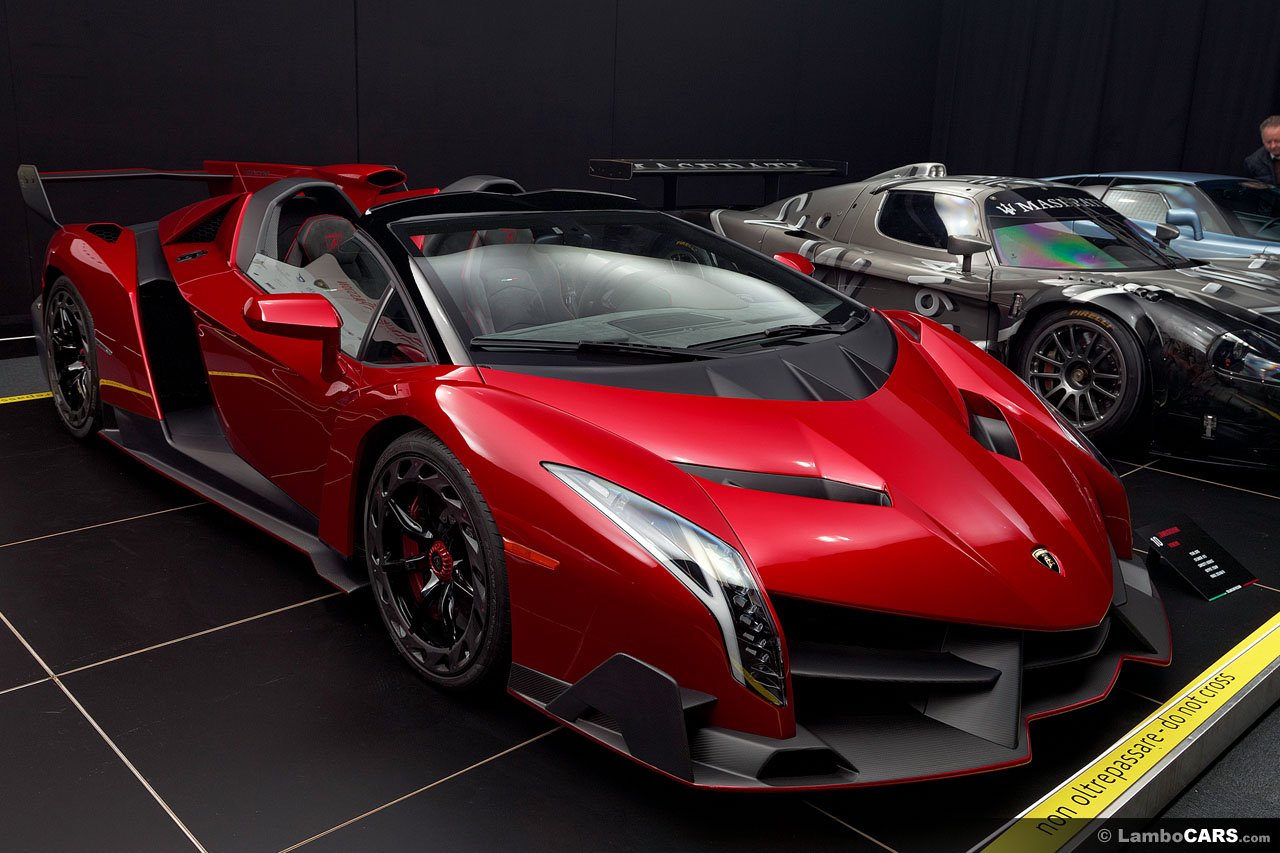 It is safe to say the €3,000,000 MSRP for a Veneno made some really good impression on the balance sheet at the end of the fiscal year, so management at Automobili Lamborghini SpA came up with a new idea, why not create a Veneno Roadster, ask for €3,300,000 and build some more? So by 2014, they unveiled a stunning looking, red metallic Lamborghini Veneno Roadster, and once again this was a production prototype that would remain the property of the factory, this time they offered 9 units for sale, and you could ask for any exterior and interior shade you wanted, no more restrictions.

It seemed in 2014 and 2015, Lamborghini struggled a little to sell nine units of the Lamborghini Veneno Roadster at €3,300,000 each, don’t get me wrong, they sold out, but just not as quickly as the Coupe, it seemed clients looking to add a Le Mans inspired race car based on the Aventador flagship were more interested in a Coupe version than a Roadster, but as I said, they all sold out, and in the end, none of the 9 customer cars would be finished in Metalluro, the bespoke shade for the Coupe, a client did order one in Rosso Veneno to mimic the show car, one was finished in bright green, one in satin black, probably Nero Nemesis, another one boasted Nero Aldebaran, while Dominic, remember the one with the Veneno Rosso, opted for a white Veneno Roadster to join his Coupe (check out this video to see these side by side).

One of the final units of the Lamborghini Veneno Roadster was ordered with a visible carbon fiber body, with a satin finish and red details, and this one is arguable the most valuable Veneno Roadster in the world, it showed up in the Middle East a while ago, priced at $12,000,000, but I’m not sure she’s sold already, while one of the strangest color combinations was undoubtedly the white on ivory Veneno Roadster, sold at auction in 2019 for a massive CHF 8,280,000, which converted to €7,633,447 or US $8,296,572 at that time. 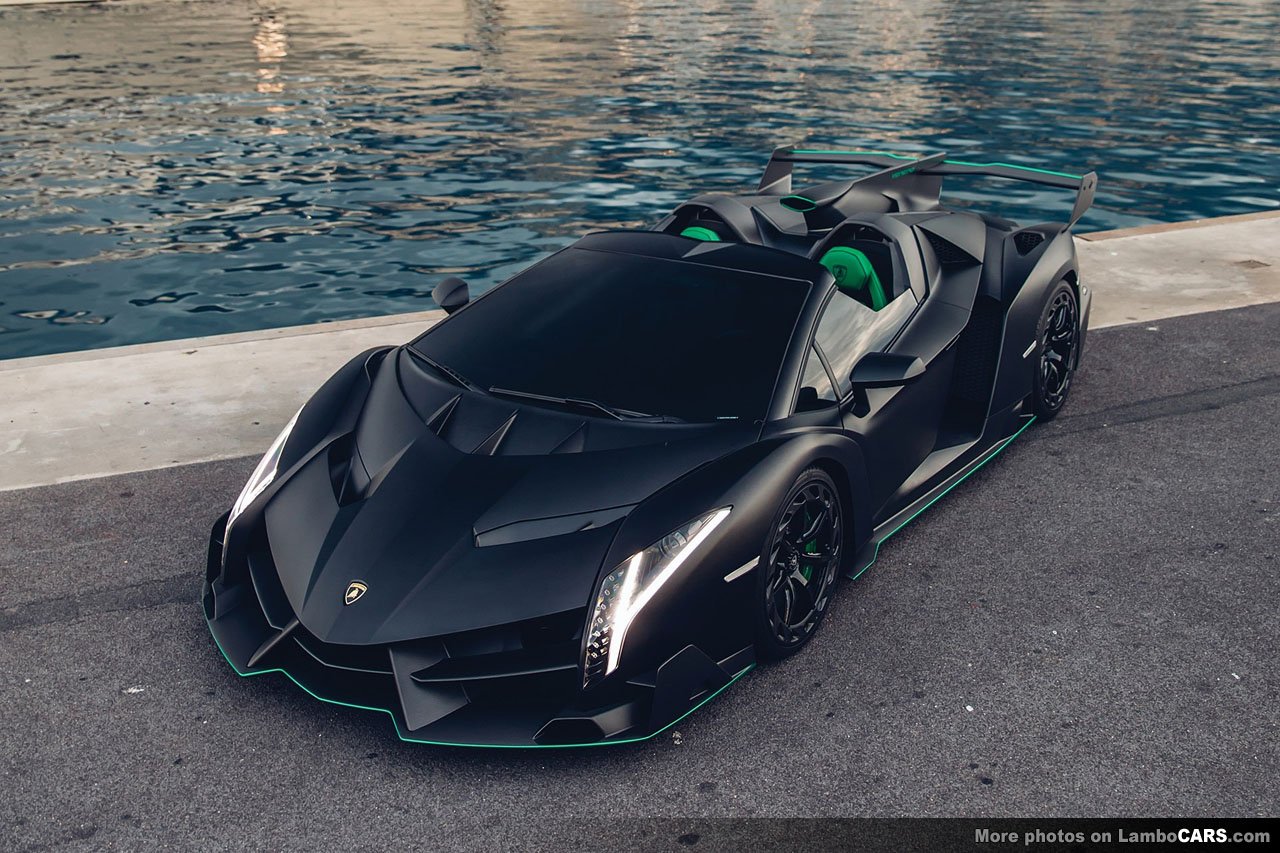 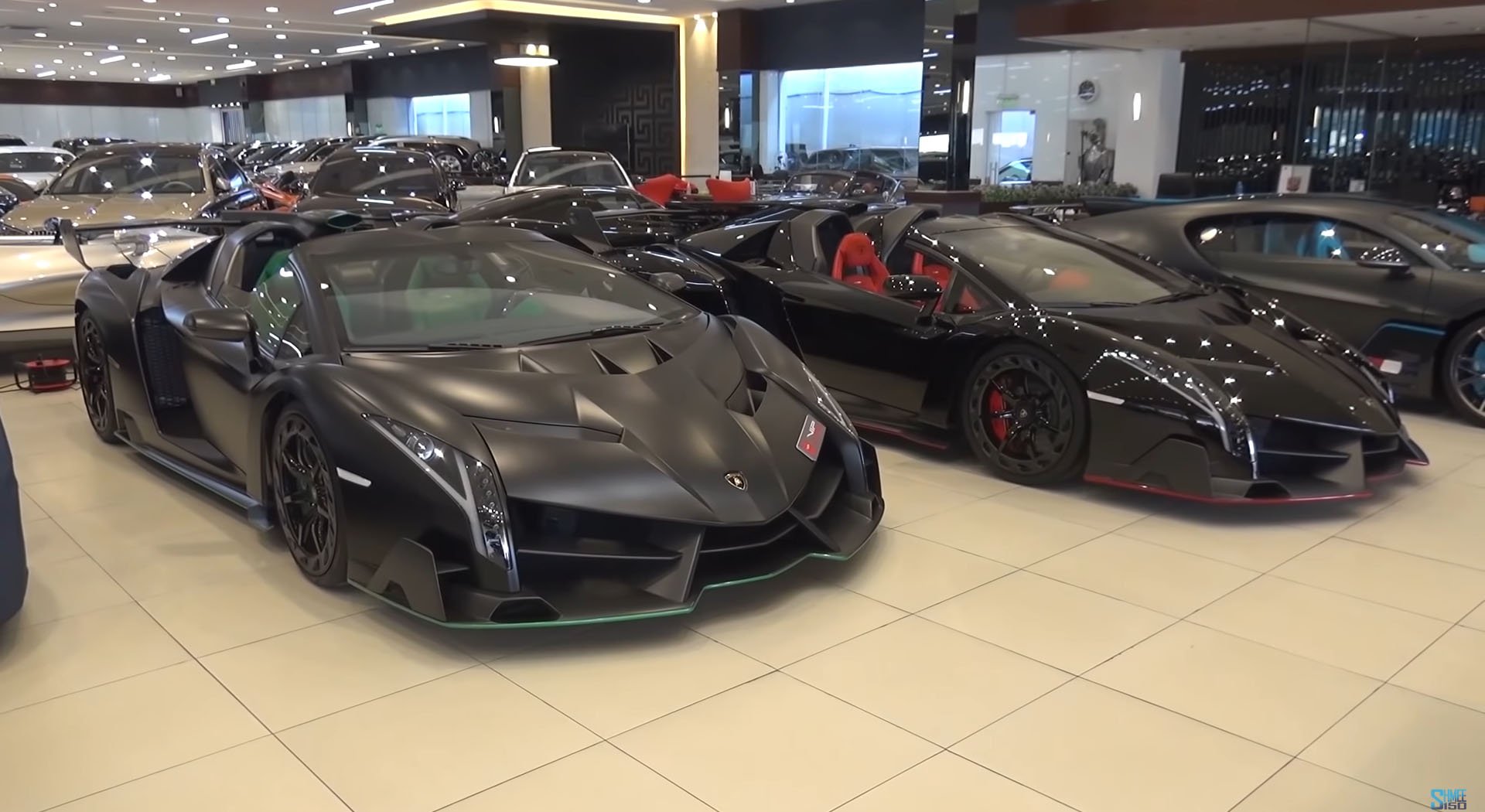 Enjoy this video from famous YouTuber Shmee150, or Tim, as he wanders into the VIP Motors showroom to find the first and the second units of only 9 Lamborghini Veneno Roadster, and he even starts up the number 1 car, which has just a little over 100 km on the counter, it seems none of these Veneno Roadsters were actually driven all that much.

I’m not sure if we’re looking at the same car, but a glossy black with red livery Lamborghini Veneno Roadster was delivered to the Hong Kong dealership Kingsway Cars Limited together with a possible white unit back in early 2016, sadly none of the photos show the interior at that time, and usually, the seats get covers during shipping, so perhaps there are two glossy black Veneno Roadster, or the car currently in Dubai was once sold in the Far East. 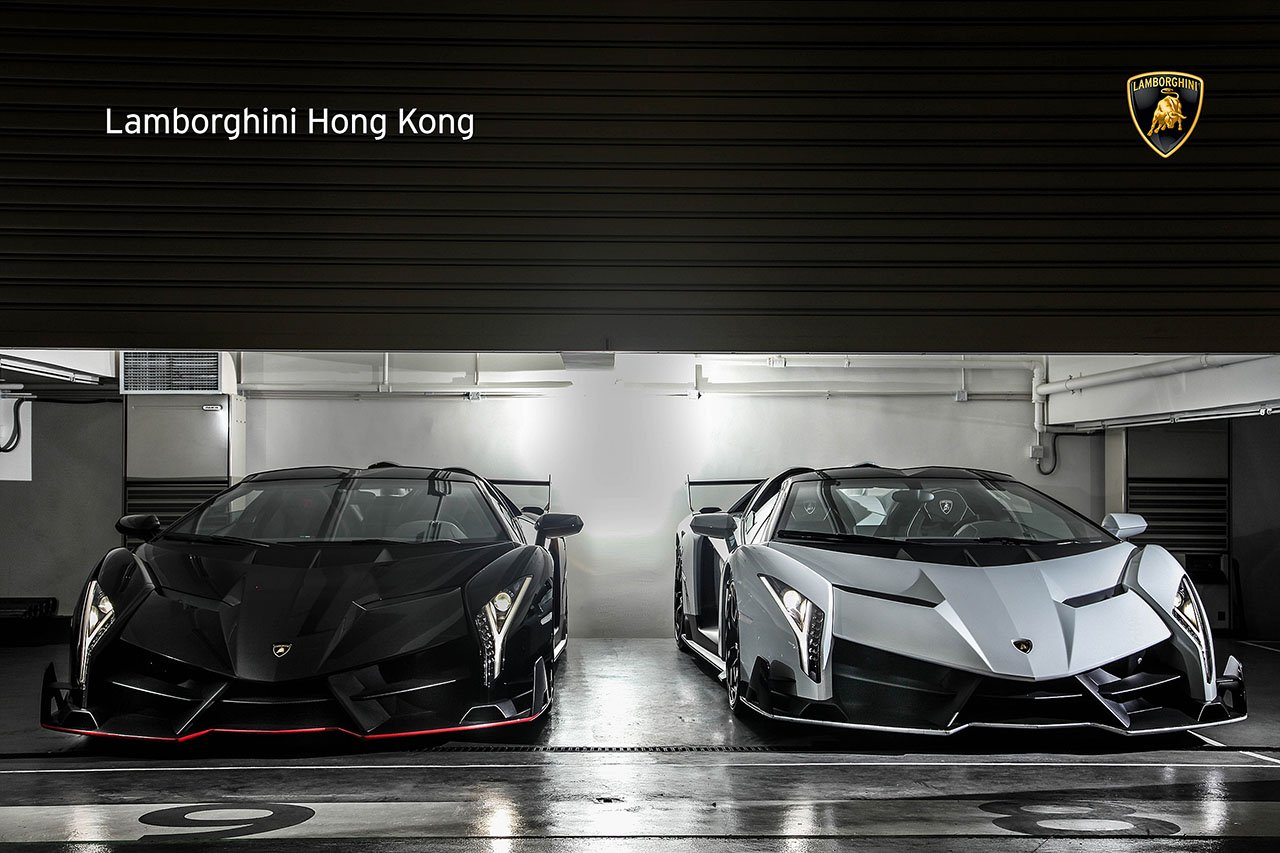 As a closing note, there are in total 12 Lamborghini Veneno that have been sold to clients, 3 Veneno and 9 Veneno Roadster, that’s it, if you add the two production prototypes retained by the factory you end up with a total of 14, I did hear a rumor of a guy in the Far East that created a Veneno Replica based on an Aventador, but I have yet to see detailed high-res photos of that one, so for now, I’ll keep it at 12 Lamborghini Veneno in the world.

The post Not one, but two Lamborghini Veneno Roadster for sale appeared first on LamboCARS.