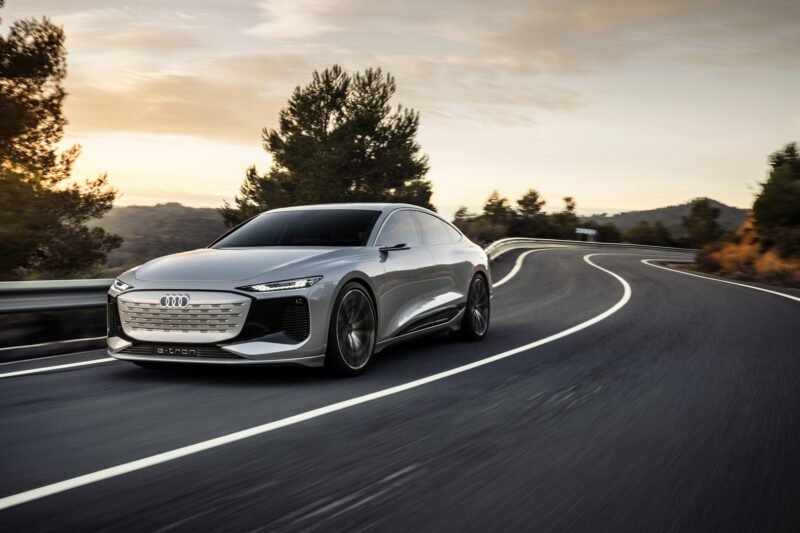 We recently learned that Audi filed for a trademark for the “RSQ6” name, indicating an RSQ6 e-tron might be in the works, built off of the upcoming Q6 e-tron SUV. It’s not entirely surprising, as we know Audi Sport is looking to make several high-performance EVs in the next few years. However, that same trademark may have tipped Audi’s hand at another upcoming EV — the Audi RS6 e-tron.

The upcoming Audi Q6 e-tron, which will be the basis of the aforementioned potential RSQ6, shares its PPE architecture with the upcoming Audi A6 e-tron. Which means that whatever is made for one car will likely migrate over to the other, just as it does with Audi’s current vehicles. The RS6, RS7, and RS Q8 all exist and all use the same powertrains, so the same will likely be true for Audi’s upcoming electric models.

Again, it wouldn’t be entirely surprising to see an Audi RS6 e-tron built off the A6 e-tron, as it seems like a natural progression of the model. Though nothing has been announced, we’d be surprised if an RS6 e-tron isn’t made, honestly.

Although, it does raise a question. If an Audi RS6 e-tron is on the way, will it be a sedan or an Avant (wagon)? At the moment, Audi hasn’t announced an A6 e-tron Avant, with the A6 e-tron Concept having only been showed as a sedan. We’d expect an Avant model to be made but it’s possible that it isn’t right away. If that’s the case, could this mark the return of the RS6 sedan, as the current gas-powered RS6 is only offered as an Avant?

The existence of an Audi RS6 e-tron in the brand’s plans isn’t shocking. However, it may have just been unofficially confirmed by the trademark leak for the “RSQ6” name. Audi also wouldn’t need an additional trademark for the RS6 e-tron, as it already owns both names, so you won’t see a similar leak. While not shocking, this news is exciting, as it gets us thinking about an all-electric RS6 e-tron with a monster electric powertrain and the gorgeous styling of the A6 e-tron Concept.

The post Is an All-Electric Audi RS6 e-tron on the Way? appeared first on QuattroDaily.