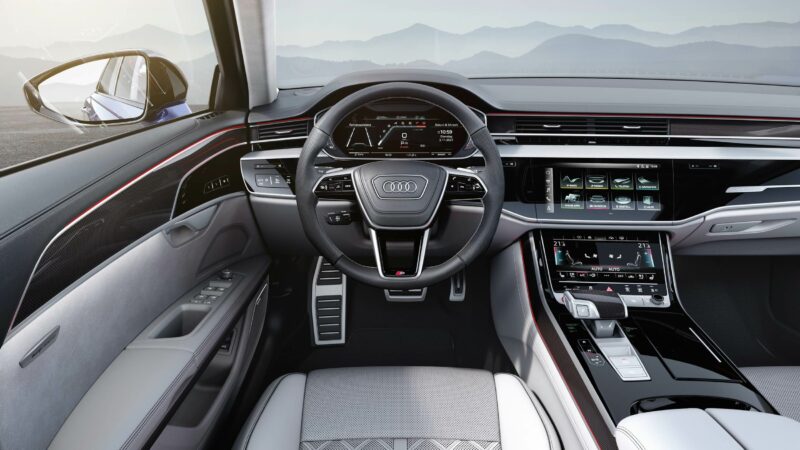 The Audi A8 has one of the most difficult jobs of any car in the industry — take on the Mercedes-Benz S-Class. With this new facelifted version of the Audi S8, Audi is hoping that it can do so. In this new video from Carwow, we get to see if the S8 has what it takes.

Taking on the S-Class, especially its higher-spec AMG models, is a tough job. It’s also a job that this current generation of A8 hasn’t been able to handle thus far. Though, to be fair, no other luxury car has been able to handle the new S-Class, either. In fact, the task is so tall, Audi is abandoning its efforts altogether with the next-gen car, instead focusing on being its own thing, rather than trying to be a better S-Class. While it’s still here, though, Audi needs to compete as well as it can and this newly facelifted S8 is its best shot.

Being the performance model, the Audi S8 takes on the Mercedes-AMG S63. Which means it packs some serious firepower. Under the hood is a 4.0 liter twin-turbocharged V8 that makes 571 horsepower and 590 lb-ft of torque. Audi claims it can get from 0-60 mph in 3.8 seconds but Carwow’s Mat Watson was able to achieve 3.59 seconds, which is seriously quick for an Audi that isn’t even an RS model.

But it’s more than just a performance sedan. The Audi S8 has a lovely interior with rich materials, a quiet cabin, and a comfy ride. It’s also brilliant at high speed, staying planted, comfortable, and stable, even at triple-digit speeds on the Autobahn.

But is it better than the S63? That’s tough to tell but it is a seriously impressive performance luxury sedan. Watson feels you should “Shortlist” the Audi S8, as it’s a great all-around performance sedan that also flies under the radar.