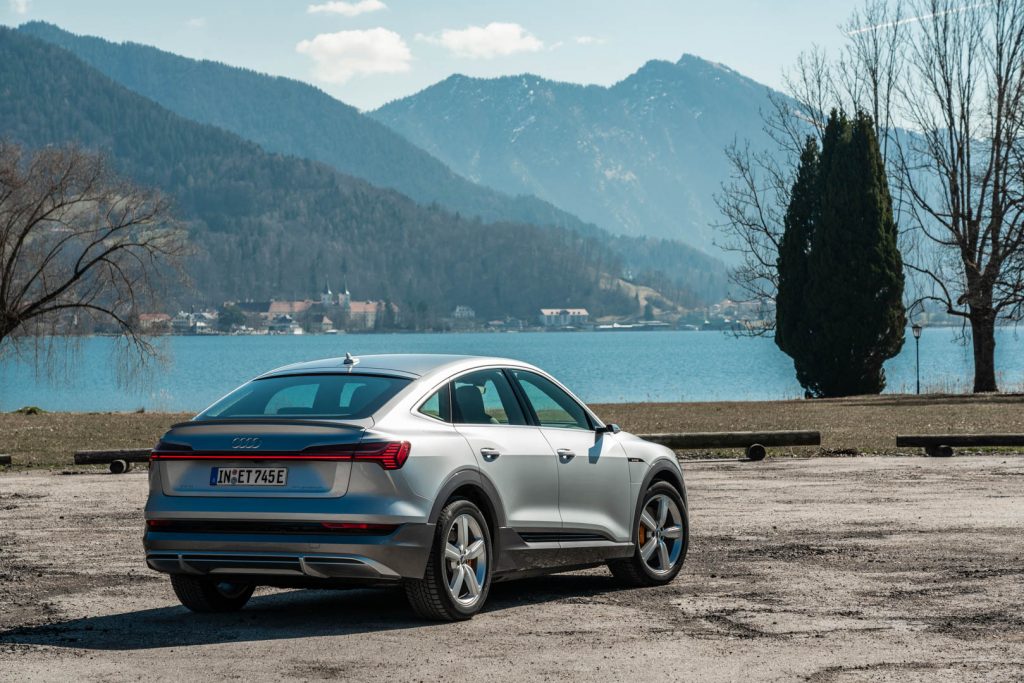 Audi is close to launching its updated version of both the e-tron SUV and e-tron Sportback, updates that are sorely needed. While good cars in isolation, both the Audi e-tron and Audi e-tron Sportback are drastically outgunned when compared to their newer competition and, in the case of Tesla, even older competition. Which is why both are in need of big upgrades. Thankfully, we’ve heard that both cars will be receiving some bigger updates than usual, though we can’t see that in these new spy photos. (We don’t own the spy photos but we can see them here)

In these new spy photos, we can see an Audi e-tron Sportback doing some winter testing in the snow. Judging by the camouflage, it should be getting a sizeable update to both the front and rear ends. Its headlights look similar but its grille looks different and its entire lower front bumper looks a bit different. The rear end is entirely covered with camouflage, so it could have some large changes.

None of these photos show the interior but it’s possible Audi made some big changes there, too. It wouldn’t be surprising if Audi did significantly update the interior, as the e-tron’s cabin is lovely for a conventional car but seems boring compared to other EV competitors.

Where we’re mostly concerned is under the skin, though. The Audi e-tron Sportback is a nice car to drive but it’s drastically outclassed in terms of range, powertrain efficiency, and performance. We’re hoping that Audi updates the battery pack, increases powertrain efficiency, and reduces weight somehow, though we’re doubtful all three changes are made. Though, it wouldn’t be shocking if Audi pulled some tech from the e-tron GT to make the SUVs a bit better.

We know that Audi is going to replace the e-tron SUV with an Audi Q8 e-tron somewhere down the line but we also know that this current e-tron has a few more years left in it. It will be interesting to see if Audi thinks it’s worth the investment to radically improve an aging car or not.