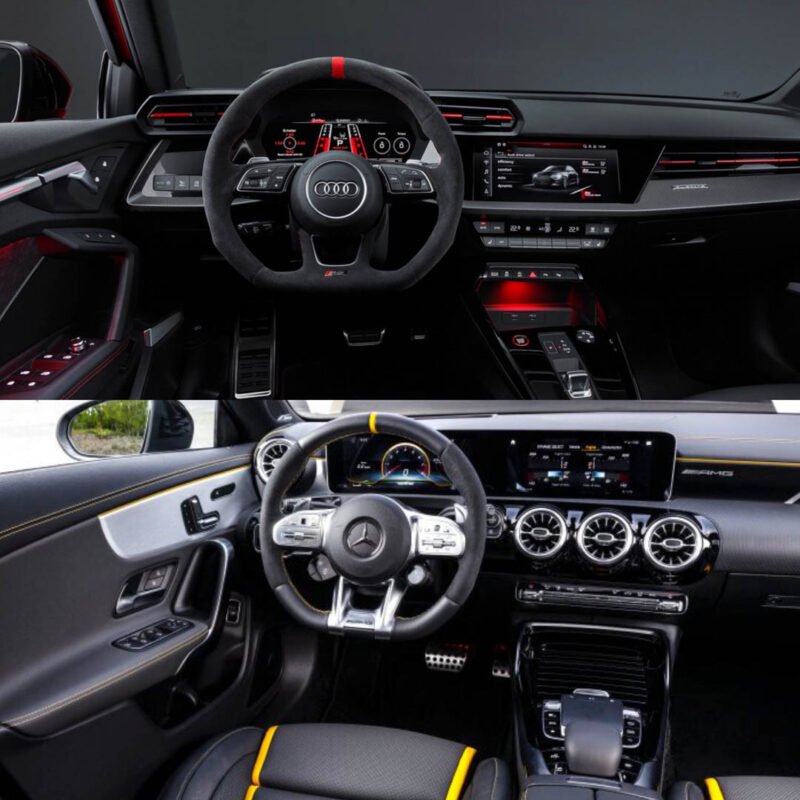 The Audi RS3 has never really been a true driver’s car. It’s always been fast, capable, and usable in all weather. However, it’s always lagged behind its competitors, in terms of driver engagement, specifically the Mercedes-AMG A45 S. Now, though, Audi claims the new RS3 is different, that it’s something for proper driving thrills. But is that true? Steve Sutcliffe recently found out.

In this new video from Auto Express, Sutcliffe puts both cars back-to-back on some fantastic UK twisty back roads, to see which is the better driver’s car. From previous tests, we know the Audi RS3 is a bit quicker in a straight line but we also know that the AMG is a delightful driver’s machine. So which one is best?

On paper, they’re pretty similar cars. The Audi RS3 uses a 2.5 liter turbo-five to make 401 horsepower (395 bhp) and 369 lb-ft of torque. While the AMG uses a 2.0 liter turbo-four to make 416 horsepower and 369 lb-ft. Both use automatics and both have all-wheel drive. But specs don’t matter as much as driving dynamics.

There’s no question that this new Audi RS3 is the best driving RS3 of them all. Its new clever all-wheel drive system and trick limited-slip rear differential make it far more rear biased and playful than ever before. It even has a drift mode, where it sends all of the engine’s power to the rear wheels, similar to AMG’s own drift mode. But is it enough to take on what is mostly considered the world’s best hot hatch?

Well, not really, no. The Audi RS3 is a brilliant overall car. Its bonkers fast, comfortable, supremely capable, and has an excellent interior. However, the Mercedes-AMG A45 is just more fun, more of the time and that’s more important than anything else. If you want a proper driver’s hot-hatch, it seems the AMG is still the one to get.