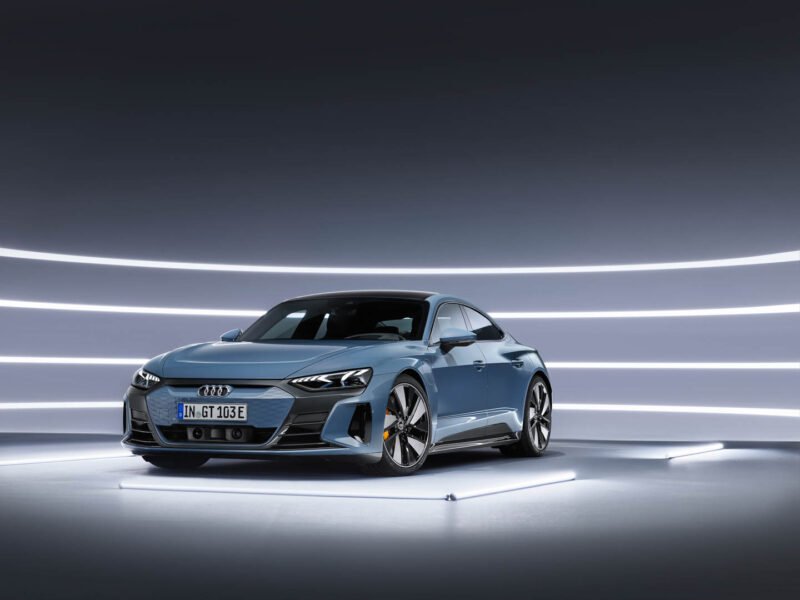 The current Audi e-tron is a great luxury SUV; it’s spacious, comfortable, luxurious, and packed with technology. But it isn’t a great electric SUV; it lacks range, power, and performance compared to its rivals from Tesla and BMW. Its biggest problem is with efficiency, as evidenced by this new list from Motor Trend.

MT just recently created a list of the least efficient EVs on sale in America and two Audi EVs made the list.

In its Audi e-tron S guise, the sportier version with three electric motors, it only gets 181 miles of range out of a 95 kWh battery pack, with the optional 22″ wheels. Admittedly, the e-tron S isn’t designed to be efficient, it’s designed to be powerful and fast. Even still, the Tesla Model X is powerful and fast and are far more efficient. Same goes for the all-new BMW iX.

The Audi e-tron GT also isn’t super efficient, being the sixth least efficient EV in America. While the e-tron SUV has a bit of an excuse for being inefficient, as it’s built on the same traditional architecture as the Audi Q7. However, the e-tron GT is built on a bespoke EV sports car architecture, the same J1 platform as the Porsche Taycan. So it should be lighter, leaner, and more efficient. Though, it is really fast, so that sort of makes up for it.

Audi should be bumping its efficiency up with its forthcoming EVs, such as the Audi A6 e-tron and Q6 e-tron. Those cars will be built on a far newer, bespoke EV architecture (PPE). Until then, though, Audis aren’t exactly efficient at the moment.