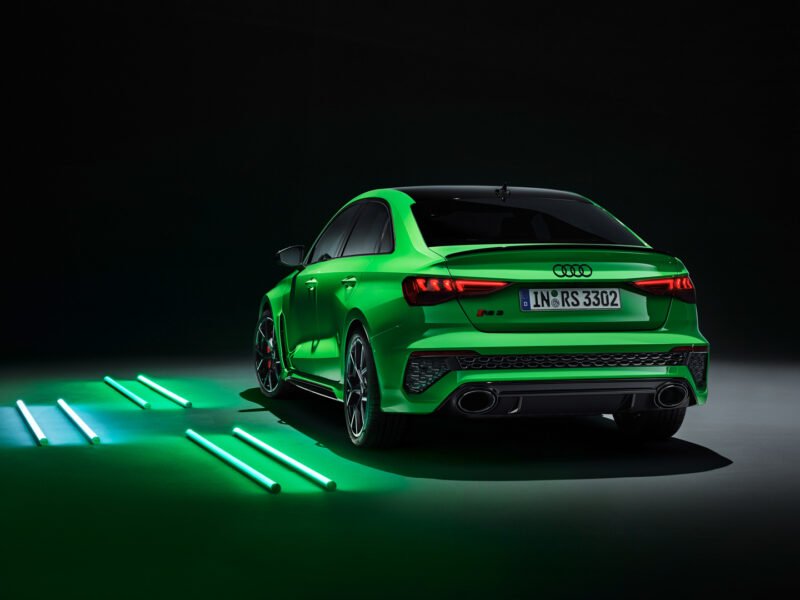 The biggest selling point for the Audi RS3 isn’t its all-wheel drive grip, sports car handling, or even its new trick differential with its own drift mode. Instead, the biggest selling point for any RS3 is its five-cylinder engine, mostly because of its charismatic engine/exhaust note. In Europe, much of that noise is muffled, due to both exhaust emissions particulate filters (OPF filters) and soft rev limiters. Which is why a lot of enthusiasts turn to aftermarket exhausts, such as the one seen in this new video.

Finding an aftermarket exhaust for the Audi RS3 is actually tricky. Because it sounds so good from the factory, even when muted by aforementioned OPF filters, sometimes aftermarket exhausts can actually make it sound worse. So I was curious to see if the LCE exhaust system seen and heard in this new video from AutoTopNL would improve on the sound or ruin it.

Thankfully, it seems as if it’s improved it, simply by amplifying it. From the cabin, all you hear is the warbly growl of the 2.5 liter turbocharged five-cylinder engine. It fills the cabin with five-pot rolling thunder and sounds so exciting. I can only imagine driving this car every day, it would make even the most mundane trips exciting and engaging.

Unfortunately, the exhaust system doesn’t change the soft rev limiter, so you can’t rev it up while at a stand-still. It might be worth tuning your RS3 just to remove the rev limiter and allow you to rev up your engine and enjoy it, even while in your driveway.

From outside the car, it sounds downright devilish and I love it. Few cars with such a small displacement can sound as good as this LCE-equipped Audi RS3. The lucky owner is going to enjoy it for many years to come and its exhaust is a huge reason why.