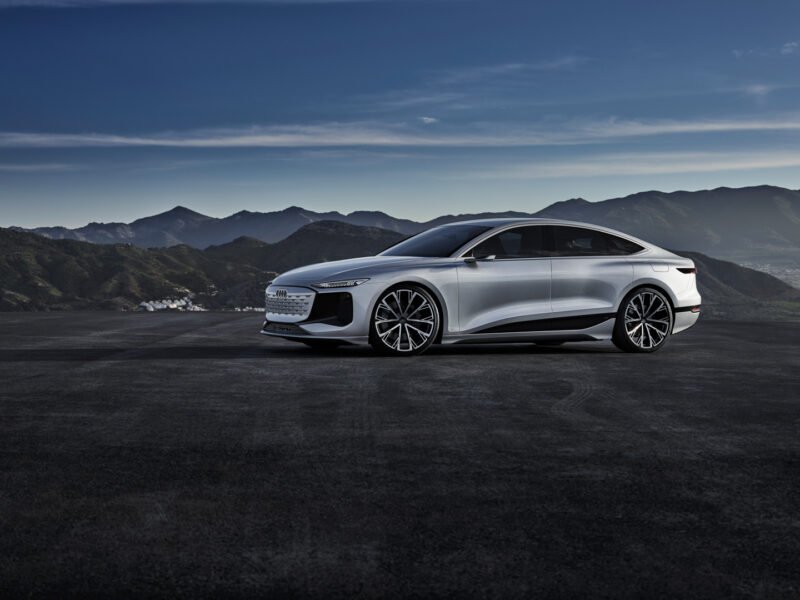 Audi’s next two big EVs are going to be the A6 e-tron and the Q6 e-tron, both of which will be based on the same modular PPE (Premium Platform Electric) architecture. The latter of which was just seen testing in the snow with new, interesting headlights. (We don’t own the spy photos but you can see them here)

Seen here in the spy photos, you can clearly see that the new Audi Q6 e-tron will have some sort of split headlights design. The bottom portion of the lights were blocked out by camouflage on the test mule in these photos but you can see light shine through the camo. The top portion of the lights are slimmer than on most modern Audis, which might indicate that the bottom portion does more of the lighting than just simple fog lights or anything along those lines.

Out back, it looks like it has some slim taillights, too, with some OLED lighting elements in them. Thought, that’s all we can see out back, as the test mule was too heavily camouflaged.

The interesting news, though, is the new split headlight design. What’s intriguing about that is the fact that its chassis sibling, the A6 e-tron, doesn’t share the split headlights, if the A6 e-tron Concept is anything to go by. It’s refreshing that both cars will have different looking faces, which can’t always be said about modern Audi models.

Overall, the Audi Q6 e-tron seems like it’s going to be a sporty looking SUV, sized in between the Audi Q5 and Q7. That the upcoming Porsche Macan Electric will share the PPE platform as well is no surprise, given the shape and size of the Q6. We’ll most likely see the Audi Q6 e-tron by the end of the year, along with the A6 e-tron.