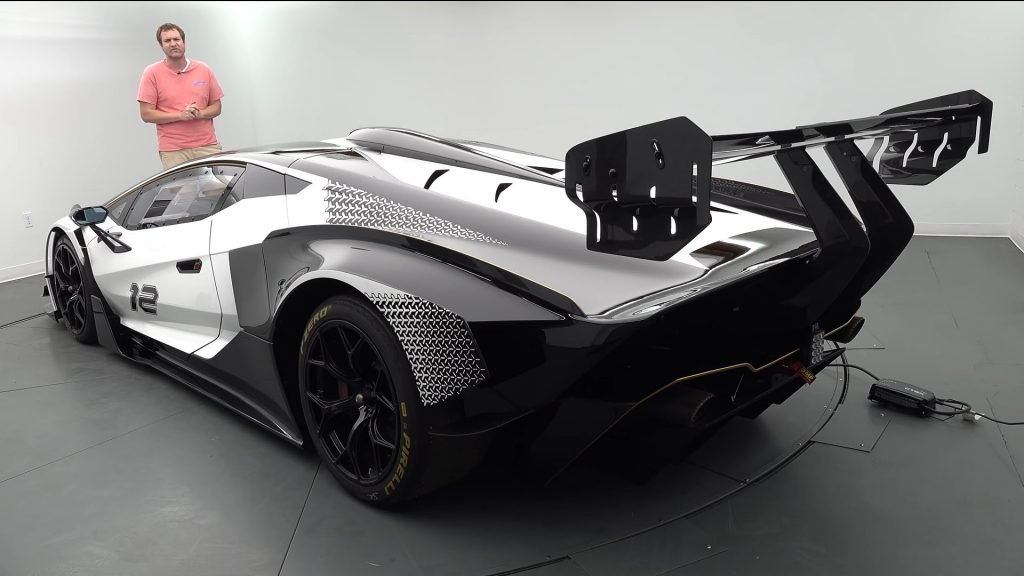 We have talked about the Lamborghini Essenza SCV12 before, a track-only derivative of the Lamborghini Aventador, pumping out a massive 830 hp from the original 6.5 liter NA V12 engine, no electric motors in sight here, this is power from fuel only, and she’s a limited edition model too, only 40 units will be made available for clients, at $3,500,000 each. While the Essenza SCV12, which stands for Squadre Corse V12, was unveiled in an amazing-looking green and black livery, I have to admit this white one famous YouTube star Doug DeMuro is reviewing in his latest video looks absolutely stunning, and while you might have some difficulties to recognize the original Aventador underneath this completely modified styling, you are forgiven, I don’t think anything has been taken from the base car itself, the interior is completely different, the car is much longer, and not only because of that massive rear wing. 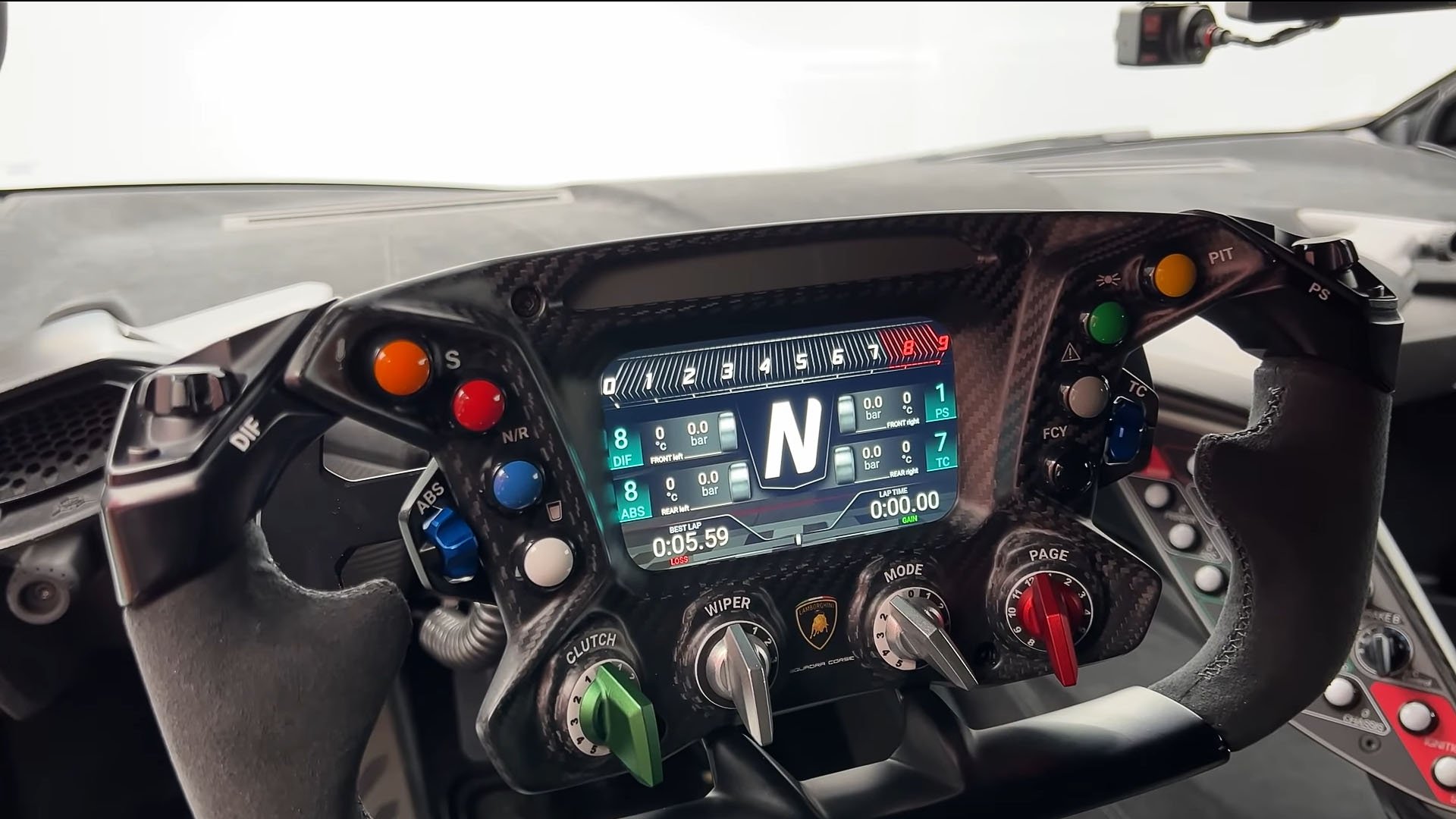 The engine’s 830 hp comes from a RAM system to lift power during high speed, the thundering exhaust has been created in collaboration with Capristo, power is transmitted to the drivetrain via an X-trac sequential gearbox in a rear-wheel-drive only setup, power to weight ratio of 1.66 hp/kg is achieved thanks to the use of a carbon-fiber tub without integrated roll cage … developed with FIA prototype safety rules in mind.

But let’s seen which ‘quirks and features’ Doug came up with when he took a closer look at the Lamborghini Essenza SCV12:

The post Doug DeMuro on the Lamborghini Essenza SCV12 appeared first on LamboCARS.