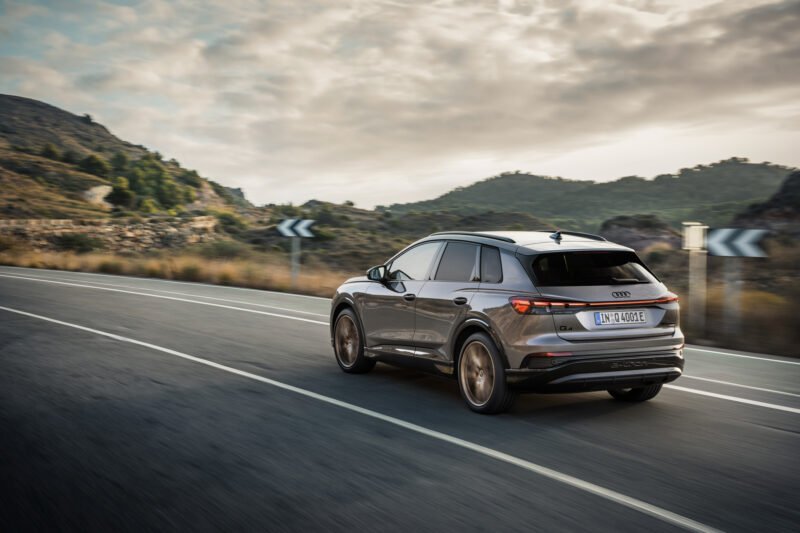 This past year was a tough one for most automakers. Chip shortages, supply chain issues, and Covid-19 crushing employment, led to many automakers losing sales. Audi, overall, only lost 0.7 percent of sales versus the previous year, which is quite good given the circumstances. However, despite the ever-so-slight drop-off in overall sales, Audi actually sold more EVs in 2021 than 2020.

Despite all of the obstacles in place, and the fact that most electric Audis lack the sort of range you’d expect from Tesla, Audi saw an increase in fully-electric vehicle sales of 57.5 percent. In fact, Audi sold 81,894 fully-electric vehicles worldwide in 2021, by far its highest figure for EVs.

EV sales were no doubt bolstered by Audi’s new offerings in the market. Cars like the Audi Q4 e-tron, and its Sportback sibling, certainly boosted sales among the mid-range Audi customer, who’d typically buy something like an Audi Q5. Additionally, the Audi e-tron GT, along with its RS e-tron GT variant, didn’t hurt. Not only did it add to sales, the e-tron GT provided a flagship for customers to look to. It brought desirability to the e-tron brand, as customers want to be associated with the same brand that makes it, just like the original Audi R8 did back in 2008.

Audi plans to increase its EV lineup even further over the next few years. In fact, by 2025, Audi wants to have 20 fully-electric models on sale, with more coming in 2026. At the moment, Audi has a total of eight EVs on sale, if you count the different variants of each (which Audi does). Which means Audi plans on launching twelve more in just three year’s time. Among those cars will be the Audi A6 e-tron, the Q6 e-tron, the Q8 e-tron (when it finally replaces the current e-tron SUV), likely something to replace the current Audi R8, and possibly an electric Audi TT successor as well.

After that, we don’t know what Audi has in store. What we do know is that it’s encouraging to see Audi EV sales increase even during a relatively down year.