One of the most frustrating aspects of being an Audi enthusiast in America is that we can’t buy any Avants. Because Americans are too obsessed with crossovers and SUVs, wagons just don’t sell well here in the ‘States. Unless, of course, you slap some fake rugged body cladding to the outside, lift the ride height by a smidge, and give it a name that implies an active lifestyle. For example, the Audi A4 Allroad, which is sold in America. However, if you really want an Avant, Audi now offers an option for the A4 Allroad that makes it the next best thing.

Audi now offers a “Full Paint Finish” option for the A4 Allroad, which paints the otherwise black fender cladding in your chosen body color. In doing so, the Audi A4 Allroad looks mostly like a slightly taller A4 Avant.

Of course, there are some other differences between the full body color A4 Allroad and an A4 Avant. The Allroad’s side skirts still get a bit of trim and the ride height is still too tall. However, the former really isn’t a big deal and the latter can be fixed with a set of lowering springs or coilovers. That way, the A4 Allroad is essentially just an A4 Avant that took a few more steps to get.

It’s not exactly cheap to get, though. For starters, the option to paint the body cladding in body color costs $1,000. Then, if you want a set of coilovers (which is preferred over lowering springs, as just lower springs can do damage to the stock dampers over time), it will set you back a few thousand dollars, depending on the set you get. Is that worth getting an Audi A4 Avant in the ‘States?

I think so, to be honest. It costs a few thousand dollars more but it allows you to own what is essentially an Audi A4 Avant — something almost all Audi enthusiasts would love to own — but it does so without any major modification. 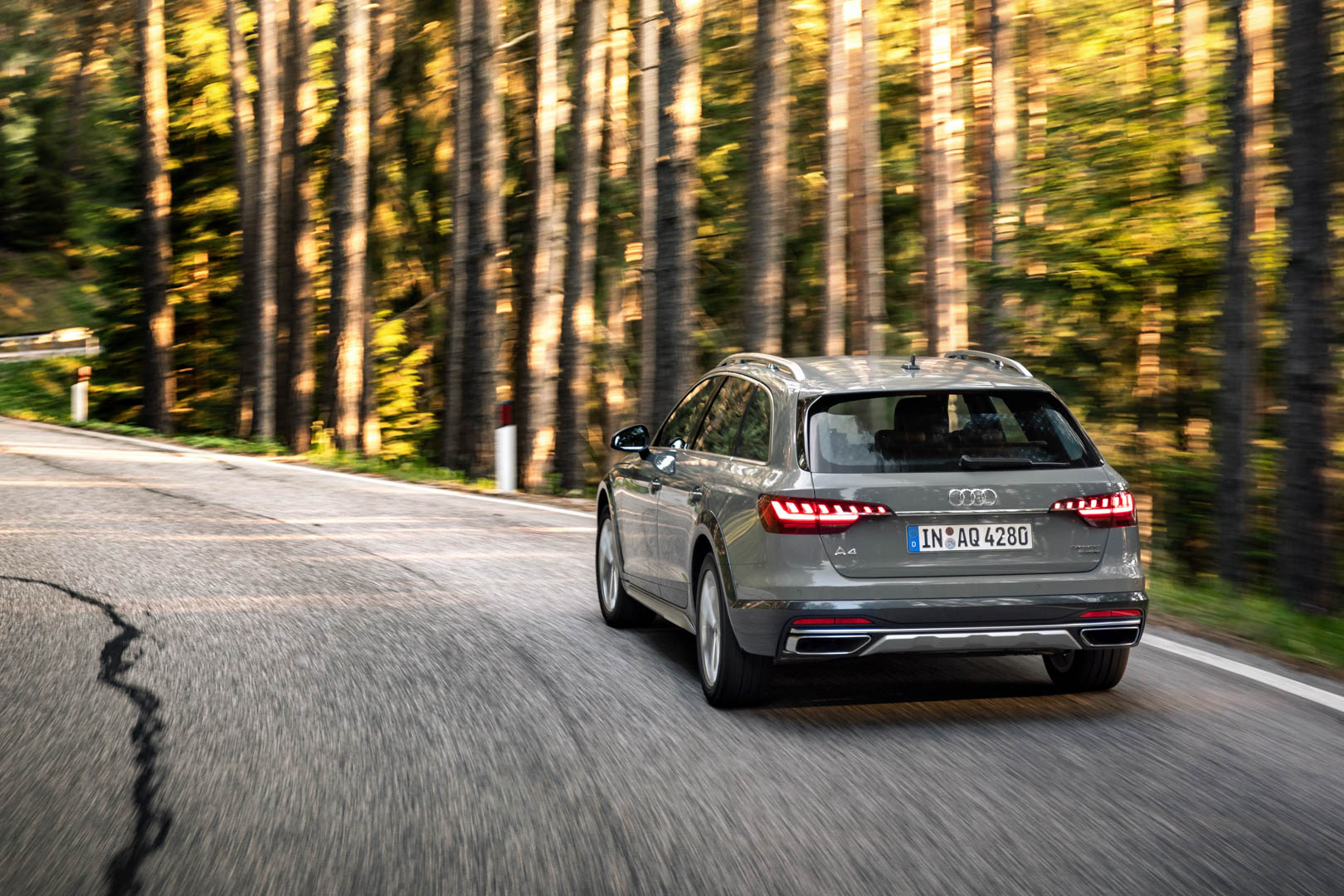 Could someone have had those body panels painted or wrapped in body color on the aftermarket before this new option? Of course. But there’s something about having them done from the factory that feels more special. If it were my money, I wouldn’t even look at the A4 sedan anymore. Instead, I’d go for the Audi A4 Allroad, with the full paint option, and put it on coilovers. Boom, instant Audi A4 Avant.

The post New Audi A4 Allroad Option Allows Americans to Make an A4 Avant appeared first on QuattroDaily.