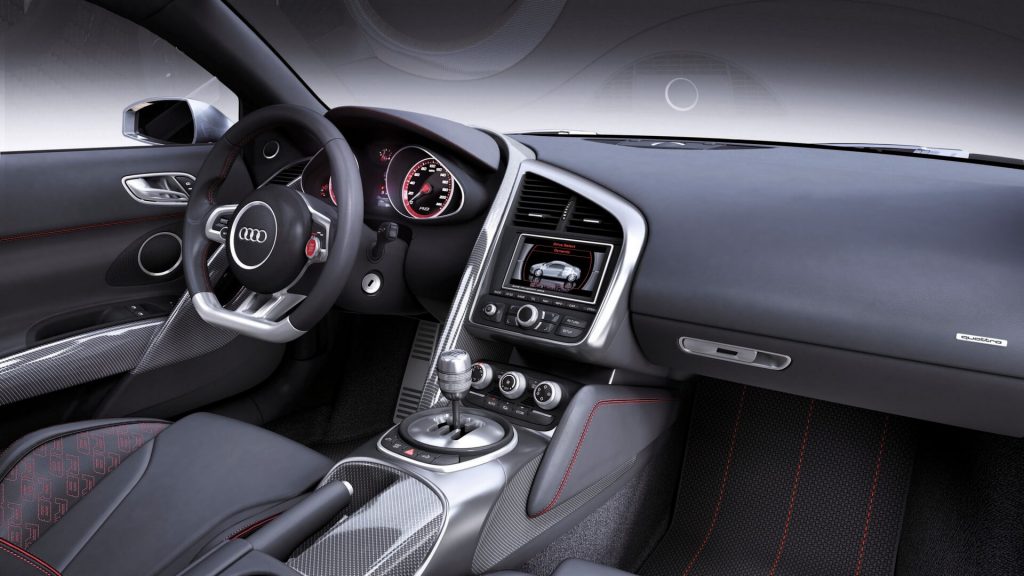 This new generation of Audi R8 is more powerful, faster, and sharper than the old, first-gen car. It’s better in every measurable way. However, most enthusiasts still prefer the first-gen car for one very specific reason — its gated manual transmission.

Hearing the clink-clank and feeling the mechanical action of each gearshift complimented the screaming sound of its high-revving V10 (or V8) engine in a way that’s impossible to replicate with even the best dual-clutch auto. With the new second-gen R8, Audi killed off the manual transmission, disappointing Audi enthusiasts everywhere. Thankfully, though, you an now fit your new Audi R8 with a manual transmission, thanks to Underground Racing. Though, there’s a catch.

Underground Racing, based in Charlotte, North Carolina, recently built a twin-turbo Audi R8 V10 and the customer requested a manual transmission be installed, replacing the existing seven-speed dual-clutch. So Underground Racing obliged and fit the new R8 with the six-speed manual from a 2012 R8. A lot of fabrication was done to get the manual to fit, and much software tuning was necessary to get it all running smoothly, but it not only fits and works but it even looks stock from the inside.

According to UR, they’ll do this manual transmission swap on future customers’ cars, with one caveat — they also need to get the twin-turbo kit. That kit costs around $49,000 by itself and get creep into the six-figures quite easily, so a manual swap won’t be cheap. However, the combination of the manual swap and twin-turbo kit is probably worth it, as it not only gives you the old R8’s excellent gated manual but it also bumps engine output up to 1,500 horsepower.

Someone that can afford an Audi R8 likely has the money for such a kit but that’s still a big sum of money to add on top of the already expensive R8. Is it worth it? Only if you already want to tune your car. If you’re just looking for a manual R8, spend the same money, or less, on an additional first-gen R8 to add to your collection.

The post You Can Now Get a New Audi R8 With a Manual Transmission From Underground Racing appeared first on QuattroDaily.