There are some rather controversial color combinations out there on the recent Lamborghini Huracán STO already, the street-legal Super Trofeo Omologata from Sant’Agata, and while customers have already received their STO by now, the Asian market didn’t get to see this V10 in action yet, so Automobili Lamborghini SpA organized a dynamic launch on the famous Fuji Speedway. Remember the original press release color combination on the Huracán STO was Blu Laufey with Arancio California details, and naturally, that version was present on the Fuji Speedway, but she was joined by several other finishes, like the Verde Citrea with Rosso touches, but Lamborghini also offers a decal set to mimic the actual Super Trofeo racecar, and those were present on the grey car for this Asian dynamic launch, now personally I wouldn’t add that option, but a lot of Huracán STO were ordered with these colored dots on the fenders. 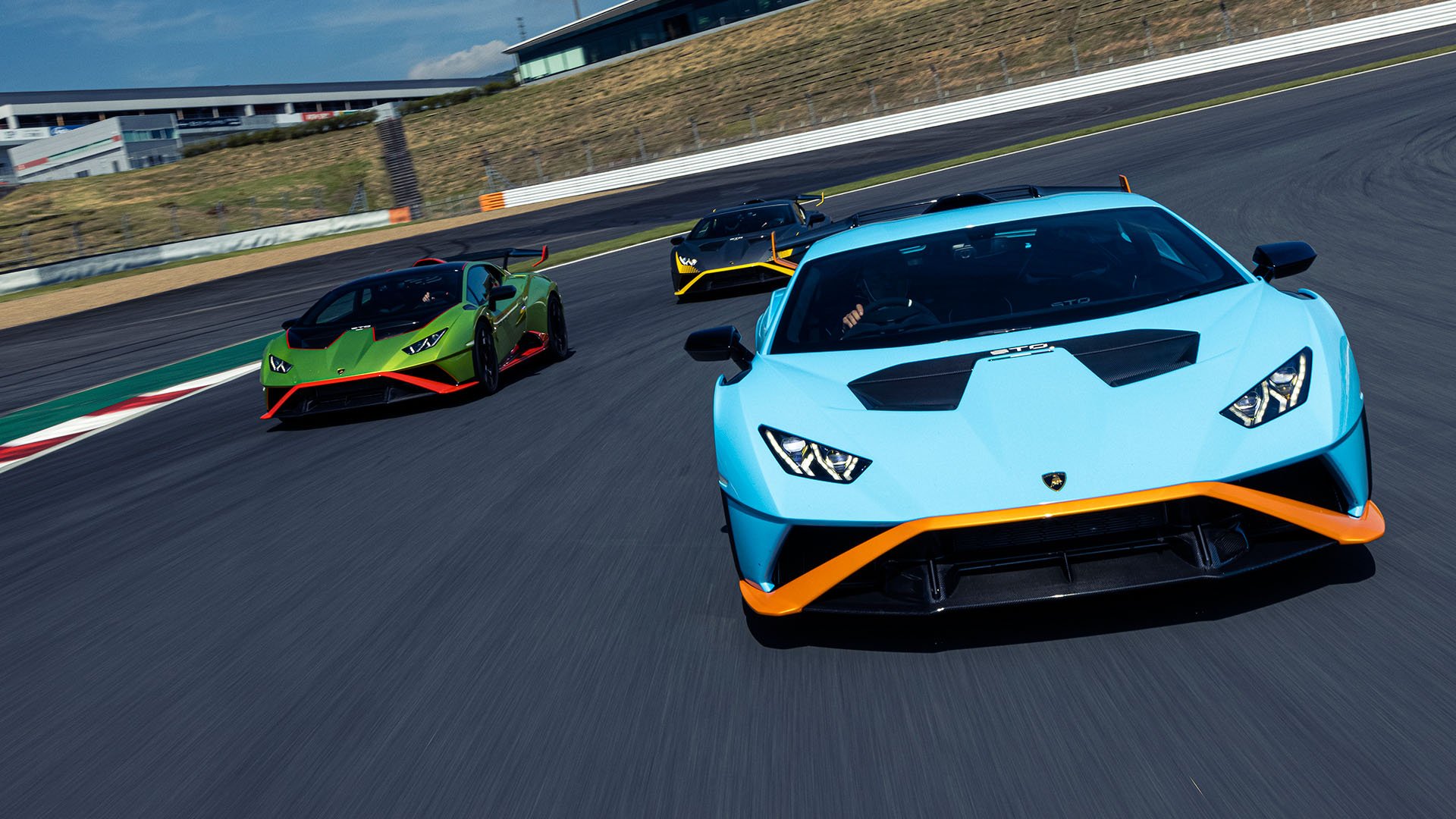 On the Huracán STO there is no front hood and fenders as on the normal Huracán EVO, instead, the entire front section tilts upward, hinged at the front, just as it did on the legendary Lamborghini Miura, apart from weight-saving, this also speeds up any work you might have under the front hood, during a track day for instance, and they gave this a really special name … the ‘Cofango’.

The rear wheel arches are wider too compared to the Huracán EVO, and inspiration was taken from the Countach this time with a nice NACA duct on top of the rear fenders, while the aerodynamic shape helps tunnel air onto the large, manually adjustable rear wing with outer stabilization fins. By changing the setting on the rear wing you can change the downforce by 13% it seems, note there is no ALA on the new Huracán STO.

But probably the most anticipated feature on the Huracán STO is that big air intake that pulls in cold air onto the engine from above the roof, people just love that, and the STO comes with that intake that blends into a vertical ‘Shark fin’ on the stunningly designed, new engine cover that boasts a total of ten air vents … keep in mind there are actual air deflectors integrated into this engine cover to regulate the intake of fresh air depending on how hot the engine is running.

By going through the Ad Personam studio, customers can create almost limitless combinations of exterior and interior shades, but that will raise the base price of €249,412 (Europe) or $327,838 (USA) before taxes considerably before the first deliveries have been going on for a few months by the time you are reading this, personally, I love the looks of this Huracán STO, which let’s face, will probably be the swansong for this V10 range as a successor is around the corner in 2023, 2024 at the latest, and it has already been confirmed to be a hybrid, what hasn’t been confirmed yet is the fact if the successor will be a V10 powered hybrid, or perhaps turn to a V8? 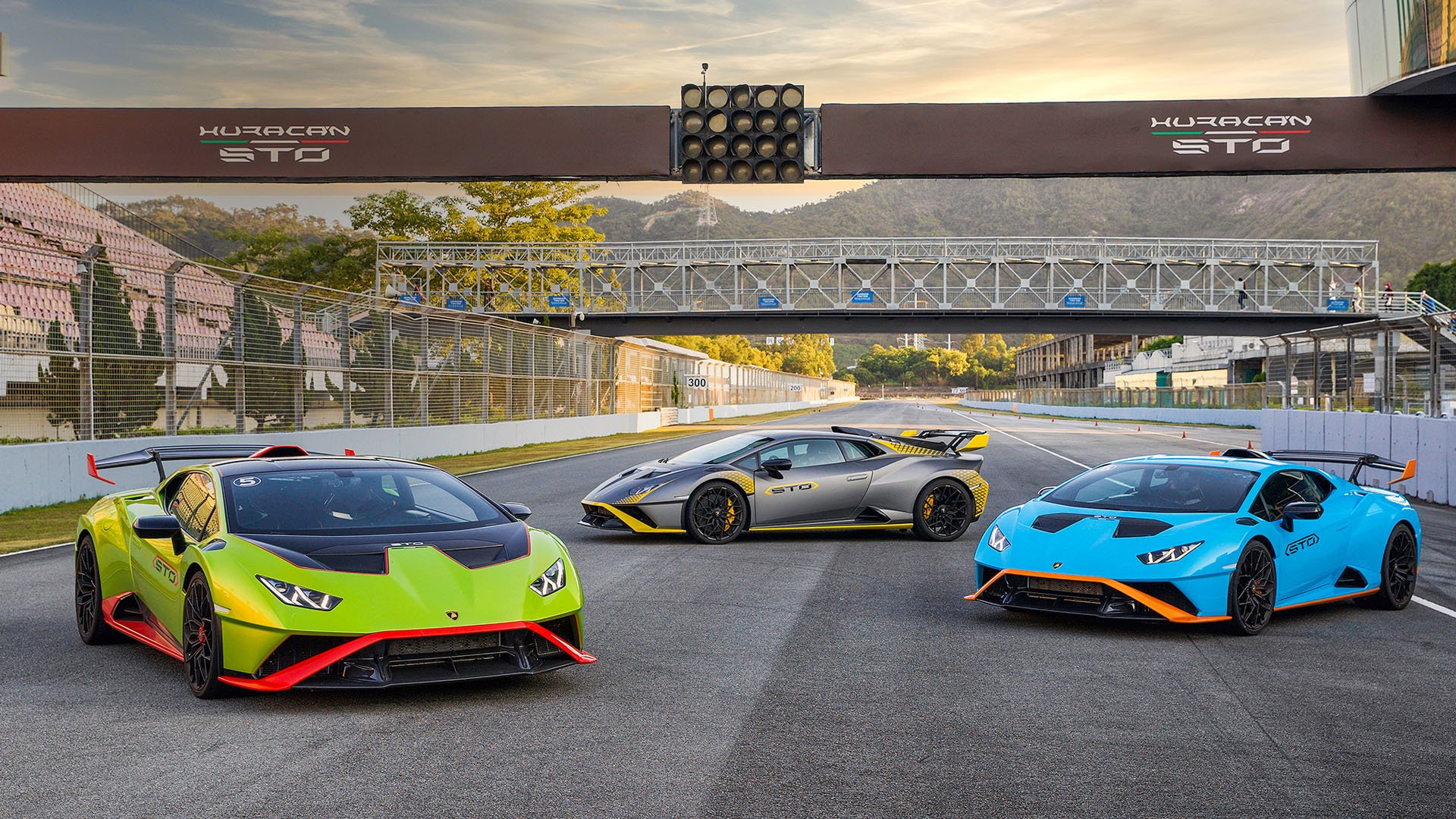 Let’s not forget you can create your own Huracan STO in our Virtual Configurator, going beyond some of the options that are available in real life perhaps, but it’s just so fulfilling to put together an STO to your liking, so head over to our LamboCONFIG virtual car configurator and have some fun, and when you’re finished with the Huracán STO you can try your hand at some other models too, including the Sian, Sian Roadster, and even the new Countach LPI800-4.

But let’s admire some more photos of these magnificent Lamborghini Huracán STO near Mount Fuji: 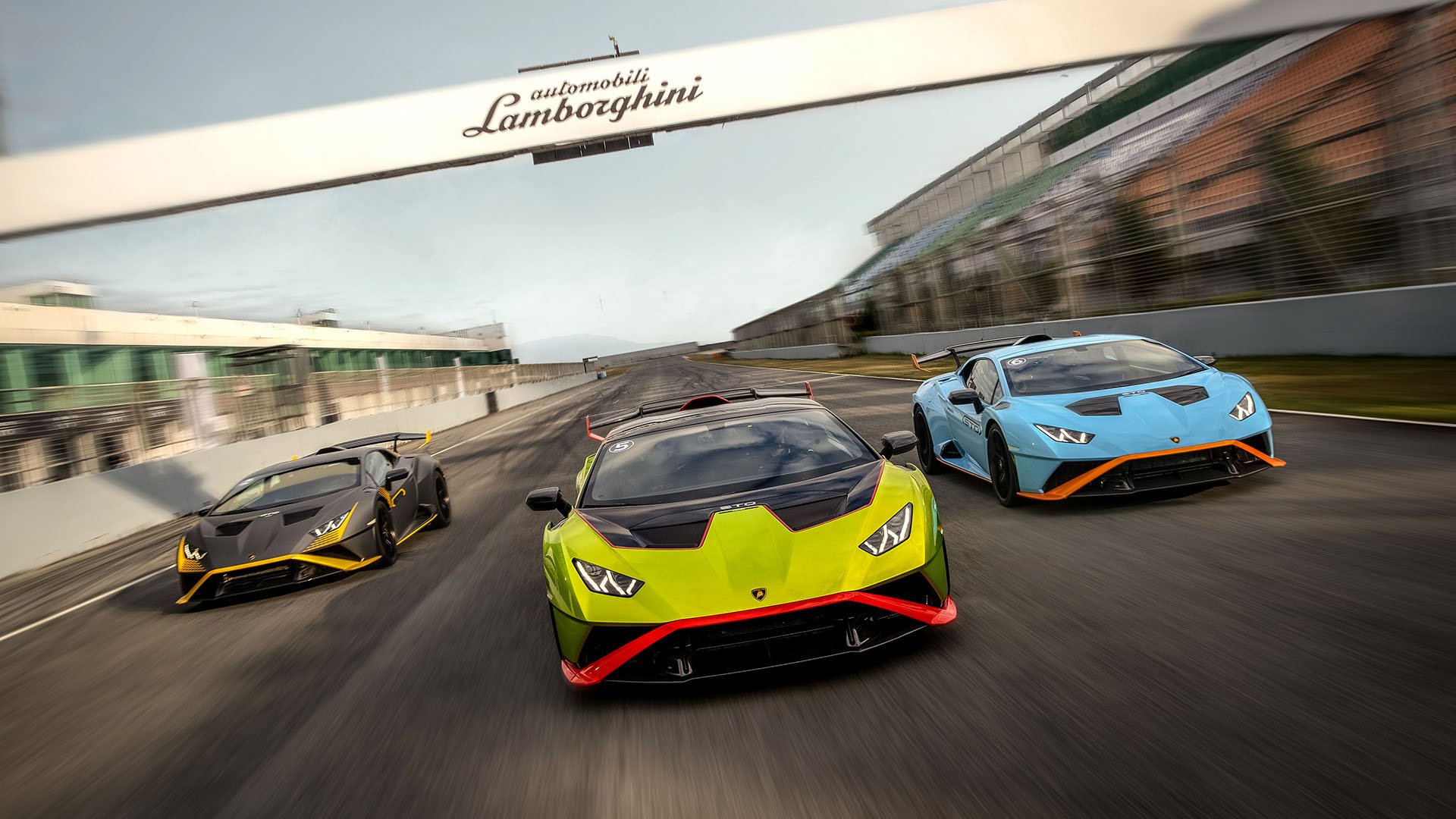 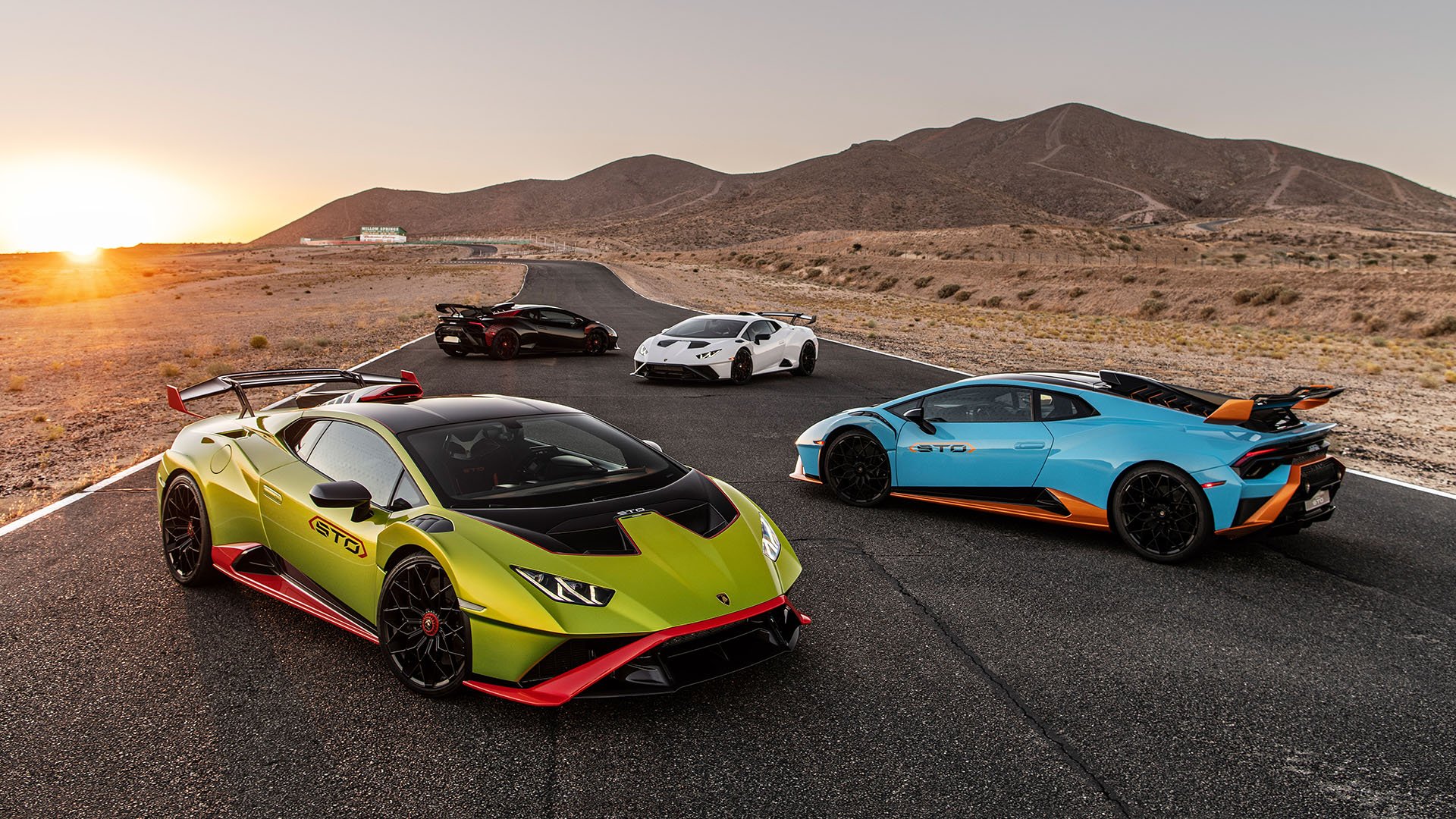 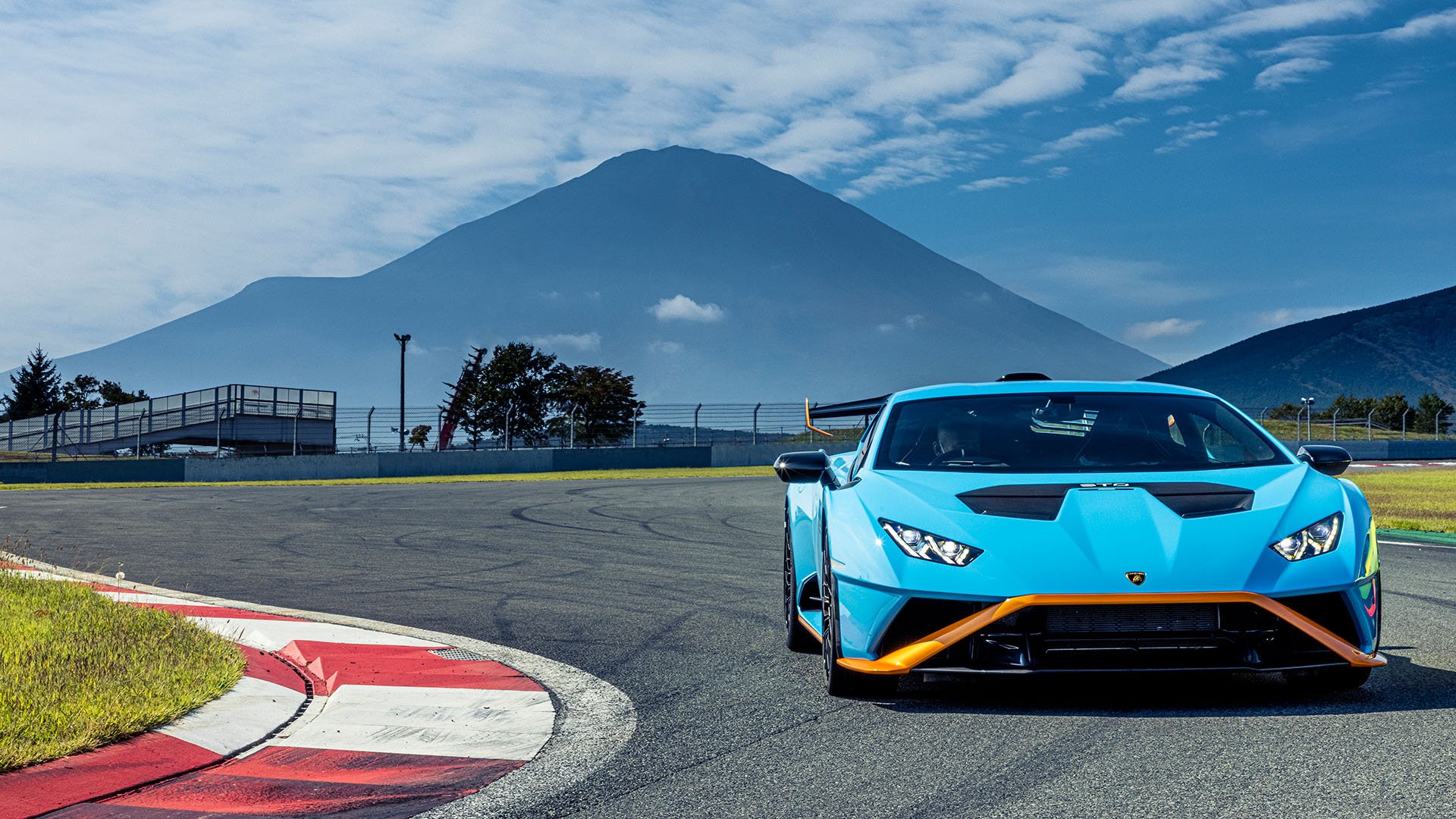 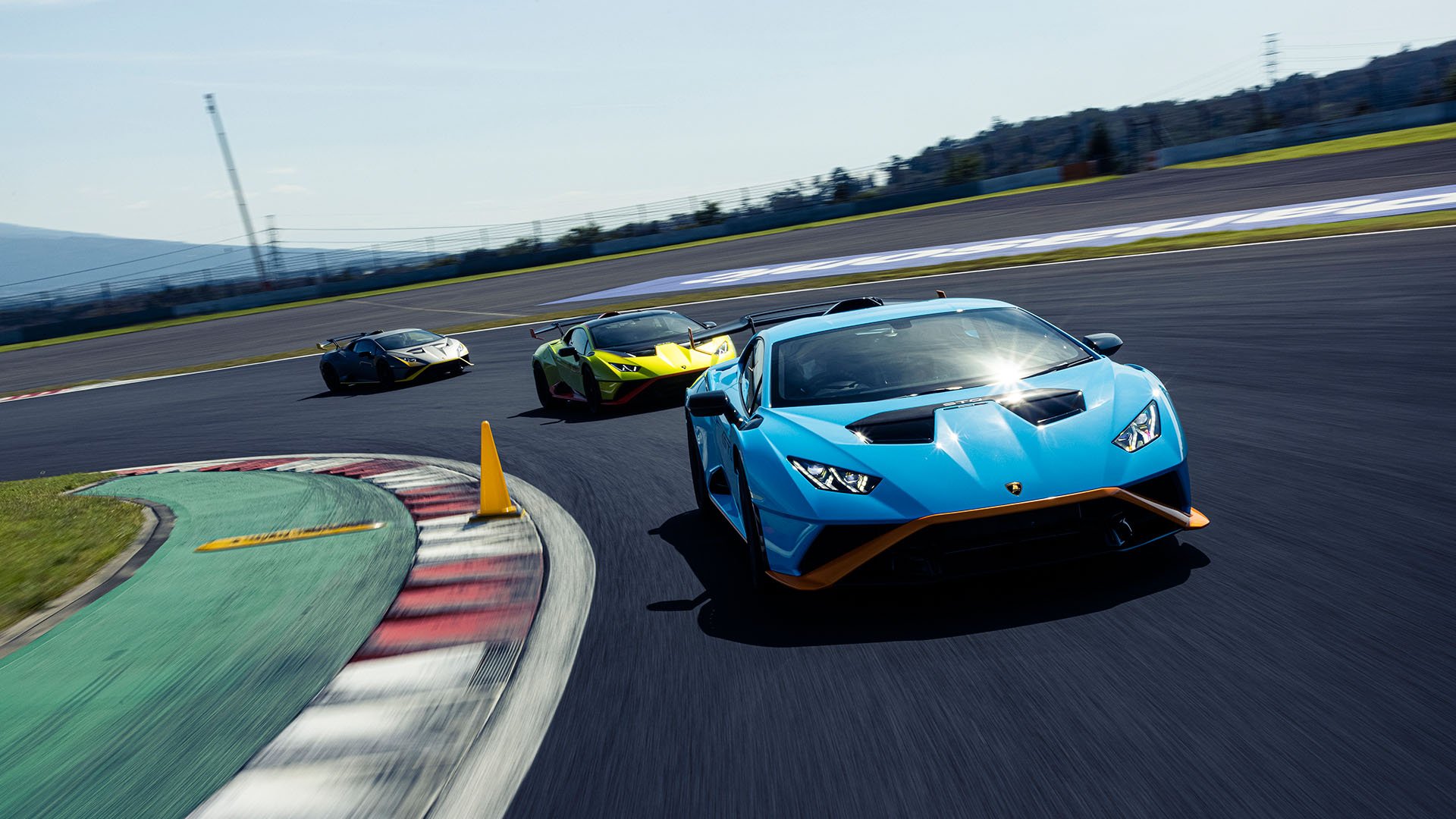 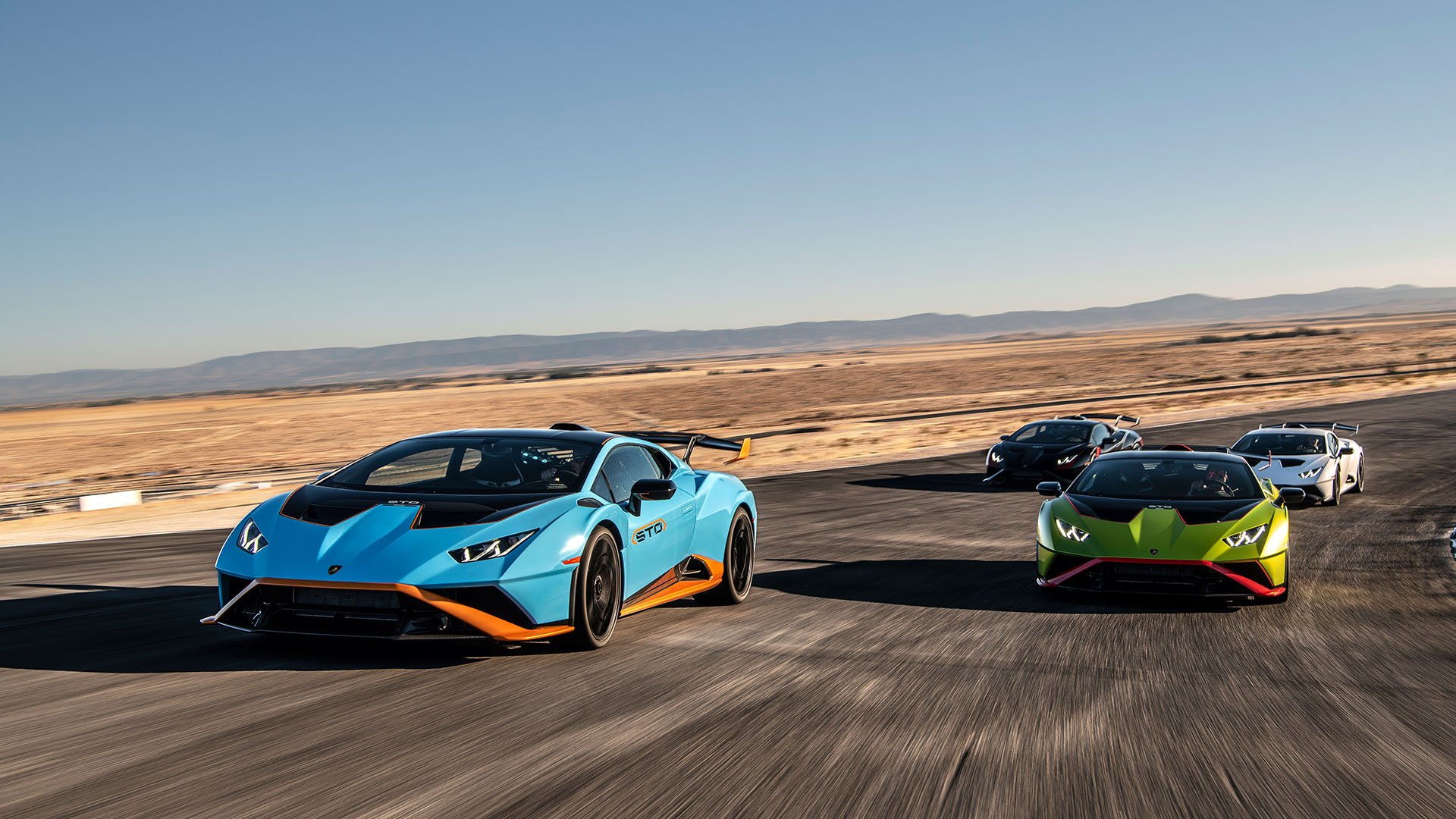 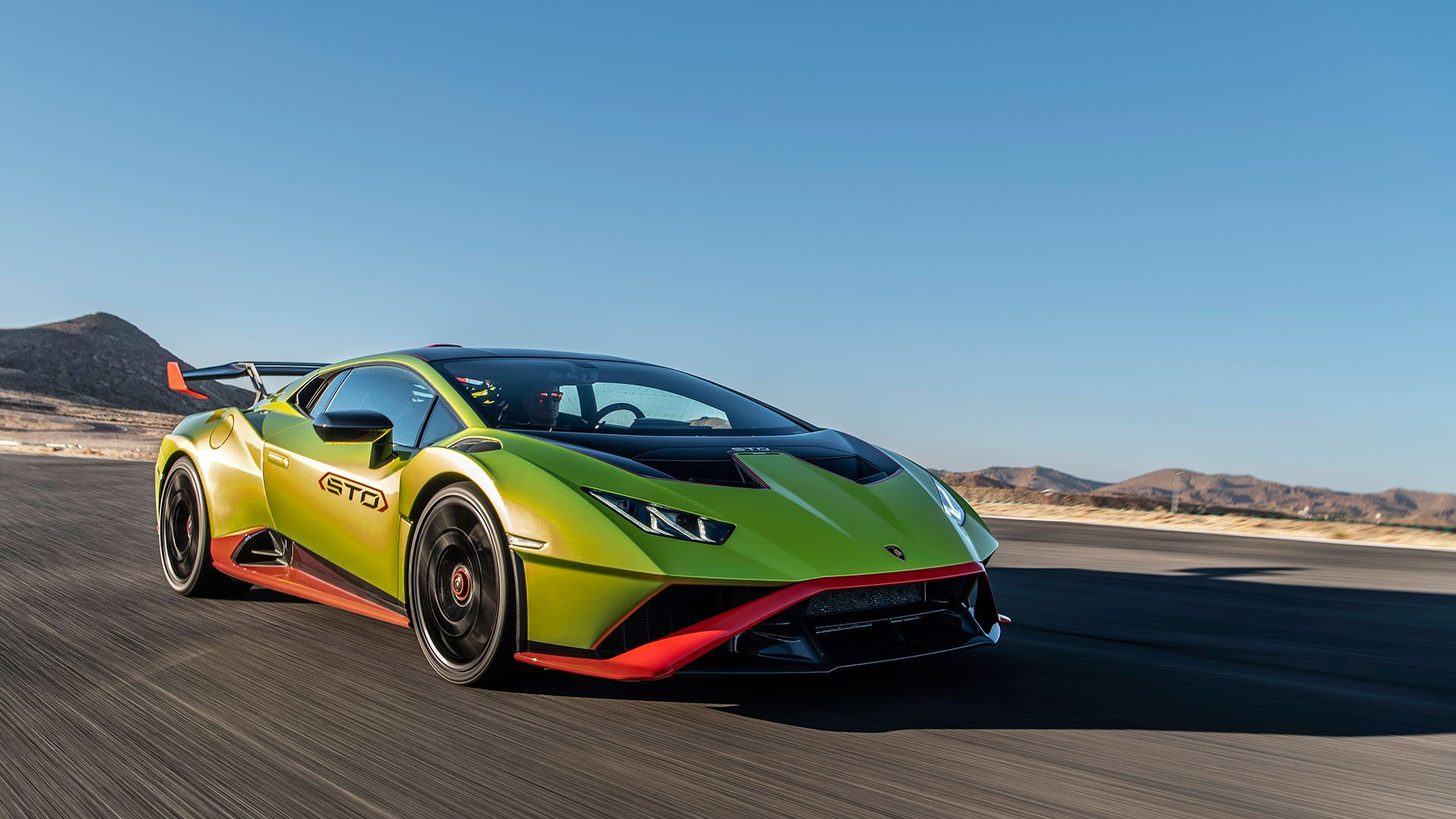 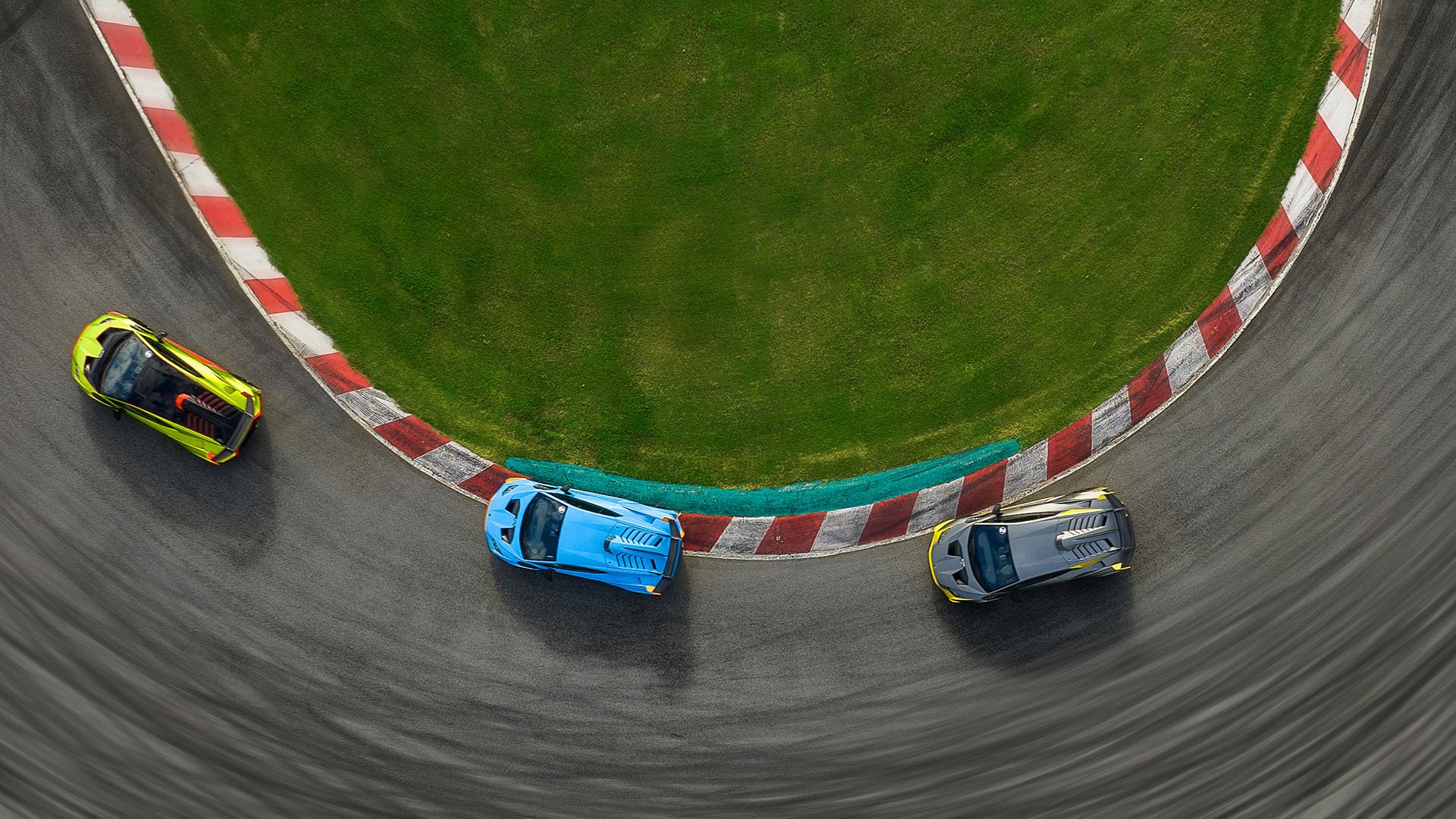 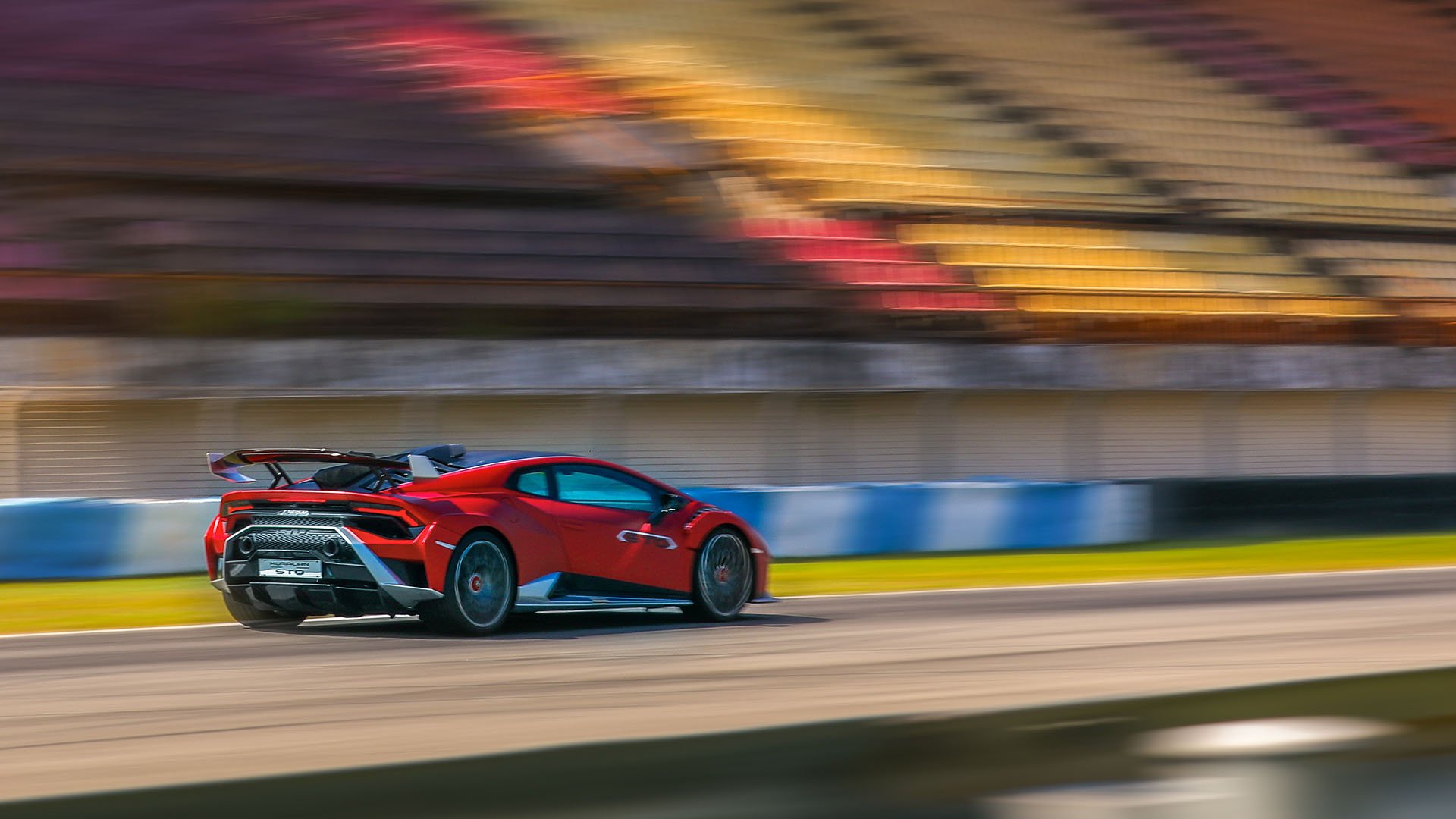 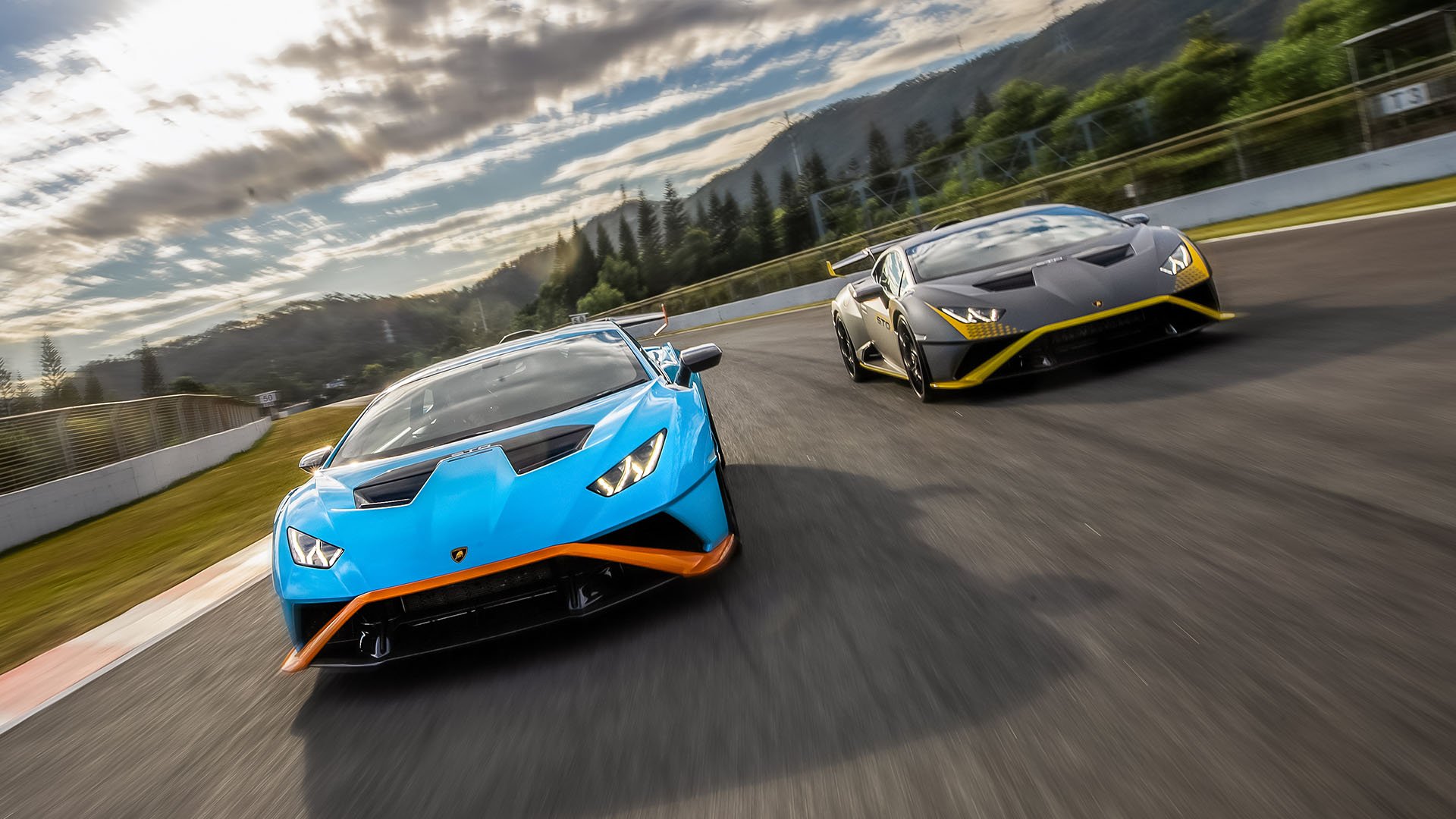 The post The Lamborghini Huracan STO is launched in Asia appeared first on LamboCARS.