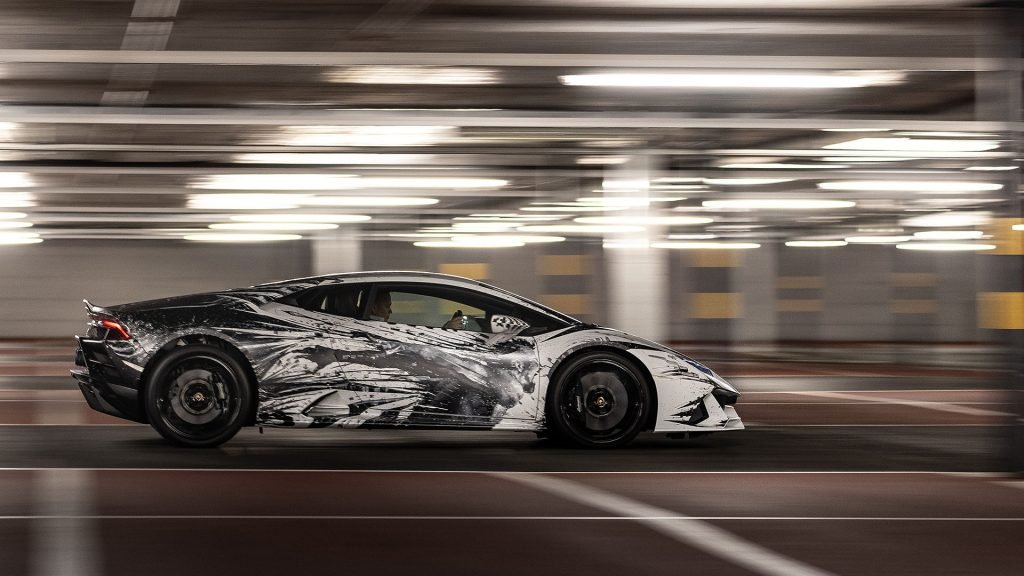 Minotauro, the Greek mythical creature, part man, part bull inspired Paulo Troilo to create a work of art using a Lamborghini Huracán EVO as ‘the Bull part’, while Troilo created the body of the man on top of this Raging Bull … with fingerpainting.

Yes, you are reading it correctly, the Lamborghini Huracán EVO Minotauro is a fingerpainted canvas, using a man’s figure on both sides of the car, while the front hood shows two clenched fists, reminiscent of the Bull’s horns, as an homage to the fusion between man, the Raging Bull logo, and the myth. “It was inspiring to meet Paolo Troilo and his artistic expressiveness. In our company we are accustomed to art and the way it has always influenced our cars,” commented Christian Mastro, Marketing Director at Automobili Lamborghini. “However, when our product and the emotions it brings come together with the sensibilities of an artist like Troilo, something different and exceptionally unique like ‘Minotauro’ is created, and we are very proud of this.” 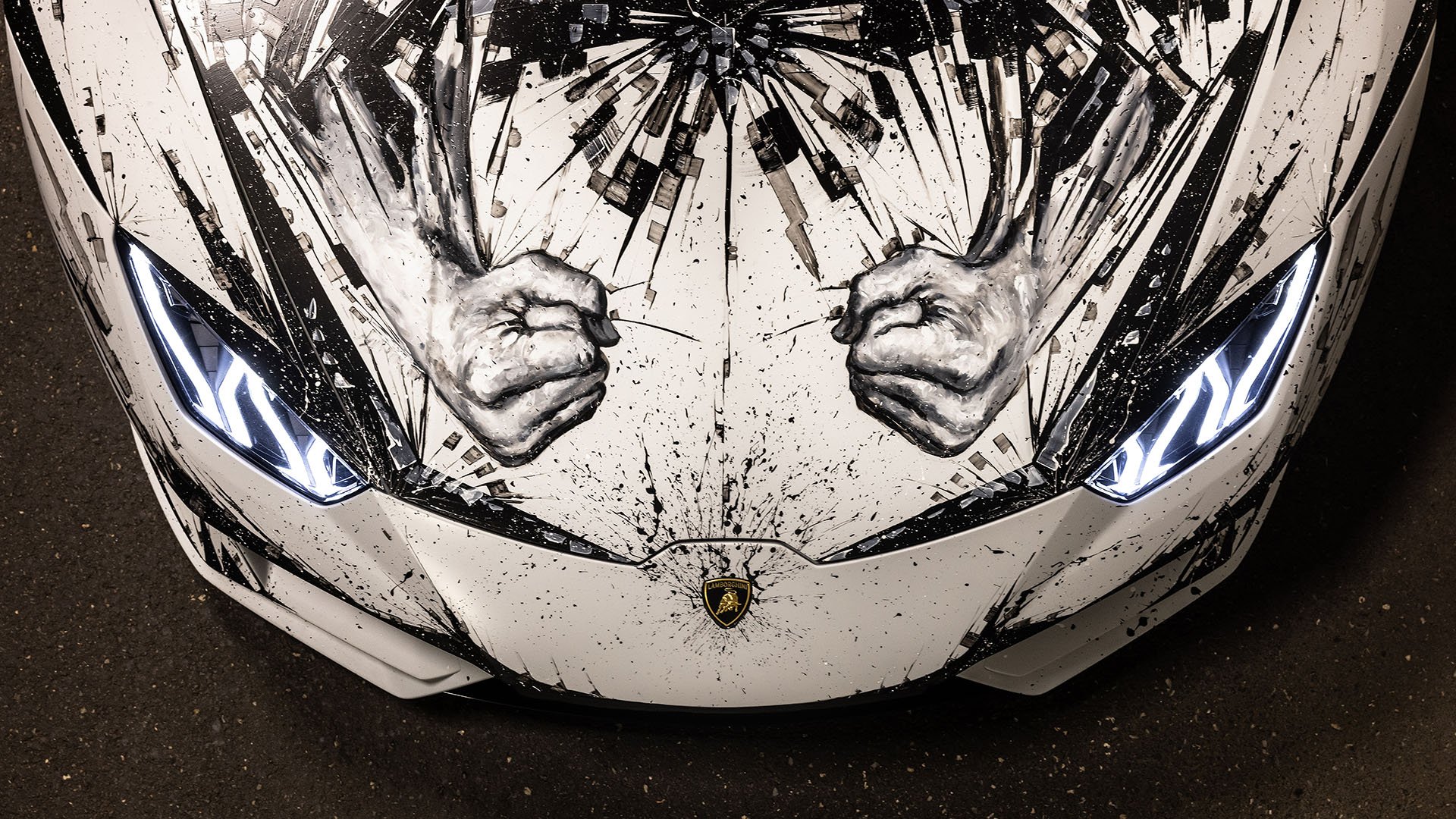 This unique Lamborghini Huracán EVO painted by Paolo Troilo was shown, accompanied by some of the artist’s other works, at Palazzo Serbelloni at Corso Venezia, 16 in Milan, as part of the “TROILO-MILANO SOLO ANDATA” (TROILO-MILAN ONE WAY) exhibition, curated by Luca Beatrice, from November 4 to November 13. 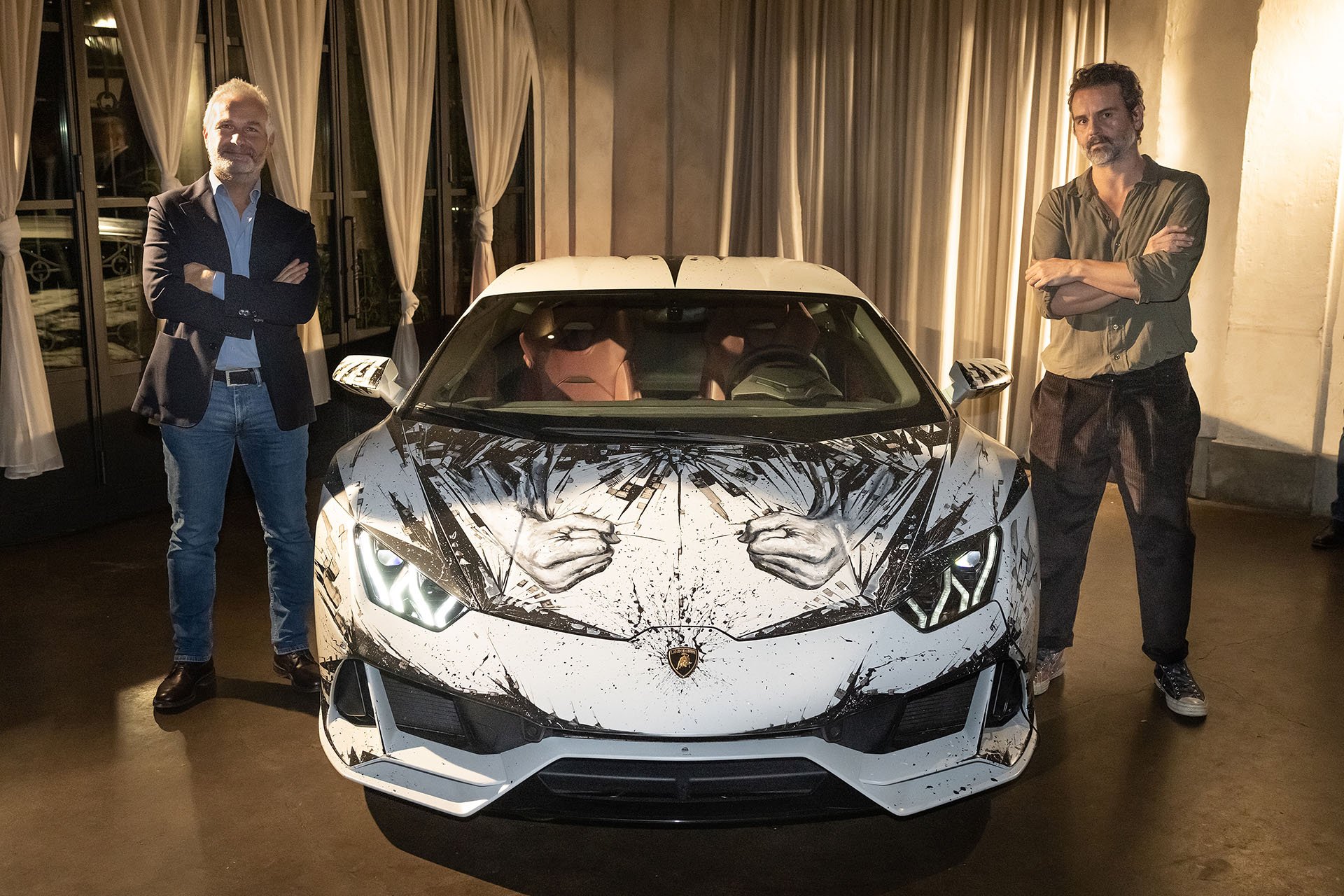 “Time. I am enamoured with the idea of slowness, and I have always championed it as a key to pleasure, culture, beauty and success. But there are some encounters that change you,” explained Paolo Troilo, creator of the work. “Seeing the Lamborghini Huracán EVO and trying it out suggested to me that there are also things capable of releasing the same energy with acceleration, with speed, with momentum. I heard the sound of the wind picking up as the space narrowed and time distorted: I felt a flowing wind and used it to paint on the muse itself, the inspiration of these emotions: the Huracán, my Minotauro.”

Check out the official Automobili Lamborghini SpA video about this unique work of art on wheels below: