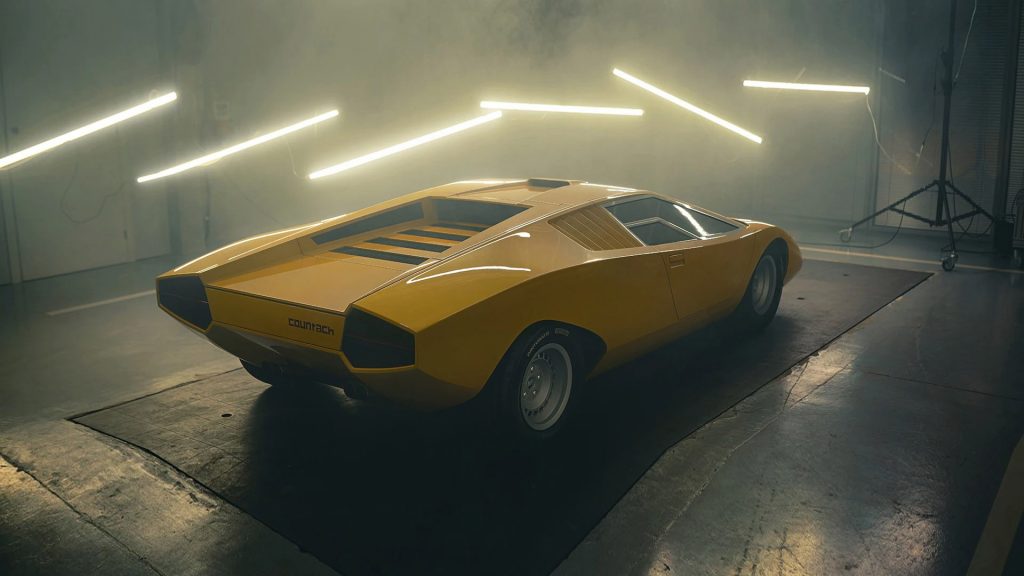 You’ve probably seen it in my previous articles already, I was certain only one Lamborghini collector would be able to convince Automobili Lamborghini SpA to recreate a prototype just for him and have the funds to back his idea … Swiss business magnate Albert Spiess, and this fact is just confirmed by Lamborghini in their latest video: Lamborghini Countach LP500: The Shakedown which you can view below this article on this page. I would be able to spend days admiring the cars Mr Spiess has in his collection already, how about the actual prototype of the very first Lamborghini car, the 350 GTV unveiled by the late Ferruccio Lamborghini himself in October 1963, or one of only two factory-made 350 GTS, the beautiful convertible version of the 350 GT, the latter being the first production Lamborghini ever. Spiess also managed to acquire the Marzal, a Bertone prototype that was sold after the Bertone museum got into trouble, Spiess bought it and had it completely restored.

And that’s just the start, the Spiess collection also holds the bespoke Zagato 5-95 based on the Lamborghini Gallardo, and a bright green Veneno Roadster, and even the one-off Lamborghini Egoista, built back in 2013 … rumor has it he also owns the unique Lamborghini Miura Roadster too, so it’s clear money wouldn’t be an issue, convincing Lamborghini to rebuild the 1971 Countach prototype from scratch might be, but somehow he managed, and from 2019 on it took a total of 25,000 manhours to create a perfect, down to the mm correct, replica of the prototype that would change the automotive world forever.

Please enjoy the official video below, where Mr Spiess himself explains he had a poster of the Countach on his bedroom wall and after seeing the bright yellow prototype in 1971, he fell in love with it … 50 years later he owns the recreation of that very car:

The post Taking the Countach LP500 to the track appeared first on LamboCARS.