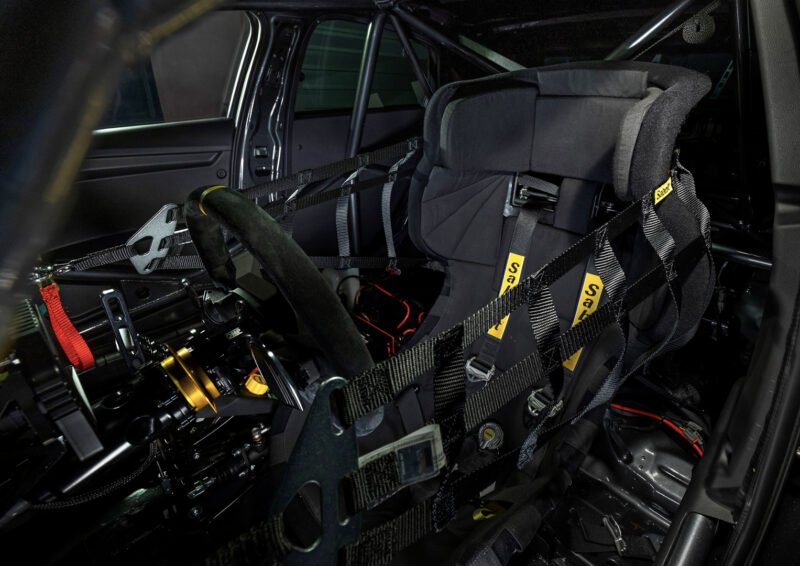 If you live in Europe and you want to go racing with something small, there’s an interesting race car for sale in the UK. This Audi RS3 LMS TCR is currently for sale and is eligible for TRC racing and endurance racing and it looks awesome.

The Audi RS3 LMS was developed for GT3-class endurance racing and, while it shares the same chassis and body as the RS3 road car, it’s actually quite a bit different under the skin. Rather than the RS3 road car’s 2.5 liter turbocharged five-cylinder, the RS3 LMS uses a 2.0 liter turbocharged four-cylinder. That four-pot makes 340 horsepower and 309 lb-ft of torque, all of which is routed through a six-speed automated-sequential gearbox and its front wheels. While the road car is all-wheel drive, the LMS car is front-wheel drive, as all-wheel drive isn’t permitted in endurance racing.

While the structure itself is made from steel, the body is made from carbon fiber and aluminum, so it’s obviously much lighter than the standard car. However, it does look a lot like the new RS3. Just with massive fender flares, an enormous rear wing, and a hood scoop the size of a pizza box.

Inside, it gets a full roll cage, fire extinguishing system, a single racing bucket seat, and all of the other mechanical racing fixings. Of course, this isn’t legal for road use, so it’s only for someone who wants to do some customer racing.

And you really need to want to do some customer racing, as this car isn’t cheap. At £109,950, you’d better be sure you’re going to do some proper racing. Admittedly, that’s actually cheap for a customer racing car and it’s because this car is used. If you do want to go racing, though, this Audi RS3 LMS will be quite the tool to do it with.