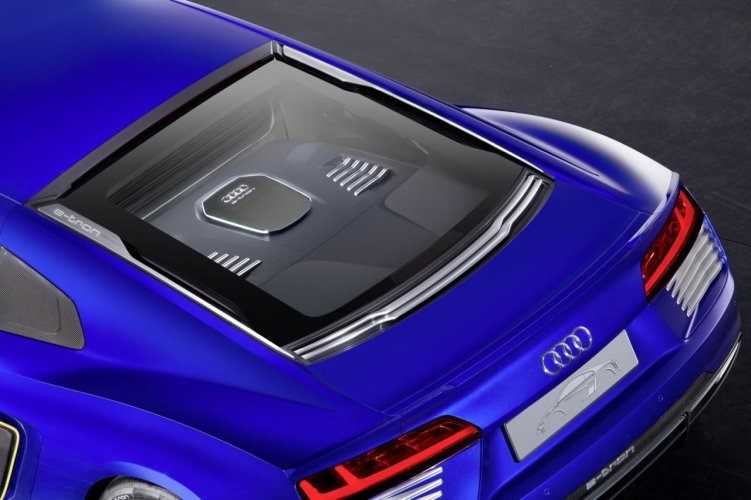 This current-generation Audi R8 is on its last legs. Not only is it nearing the end of its life cycle but sales are pretty dismal, when compared to other supercars in its price range. Unfairly, to be honest, as it’s a brilliant car to own and drive, but customers just aren’t buying enough of them. It’s gotten to the point where Audi isn’t sure if another R8 is a good idea, as we’ve heard whispers of Audi’s uncertainty to bring it back after this generation. However, according to this report from Auto Bild, the Audi R8 will return with an all-new model in 2023 and it could potentially use an electric drivetrain.

Admittedly, Auto Bild’s speculation is that the third-gen Audi R8 will use a 4.0 liter twin-turbo V8, the same one used in cars like the RS6 and RS Q8, with some hybrid assistance. They also speculate that around 700 horsepower is possible, too. That’s all reasonable, though, I’m not quite sure it would gel with Audi’s current direction and not as ambitious as plan Audi seems to have for it.

Earlier this year, Top Gear spoke with Audi global chief of sales and marketing, Hildegard Wortmann, about the possibility of another Audi R8. She said “The R8 is an icon of our brand. But icons of the past aren’t necessarily icons of the future. A successor to the R8 won’t just be an R8 with an electric motor. It needs to be an R8 but different.”

While that could mean anything, really, it sounds like Audi has ambitious goals for the future of the R8.

Audi also seems hell-bent on putting out as many EVs as possible but not just regular old EVs — exciting EVs. Cars like the Audi e-tron GT, the Sky Sphere Concept, and even the sexy A6 e-tron are all eye-catchers. Even the pedestrian Q4 e-tron has a more stylish Sportback model. An all-electric Audi R8 would not only excite the fanbase but it would give Audi something that no other reasonably priced brand offers — an all-electric supercar.

Sure, other electric supercars exist, from brands like Rimac and Pininfarina, but they cost seven-figures. If Audi could develop an all-electric R8 from around the same $150,000-$200,000 price range in just a couple of years, it’d be a groundbreaking achievement. Additionally, it would beat Tesla’s upcoming (but in reality nonexistent) Roadster to the punch.

We seriously hope a third-generation Audi R8 is made and that it’s entirely electric, with gobs of power, impressive handling, enough ride comfort to be used on a daily basis, and a price point similar to the current car’s. If Audi can do that, it will make big waves in the automotive world and that’s like what it wants to do.