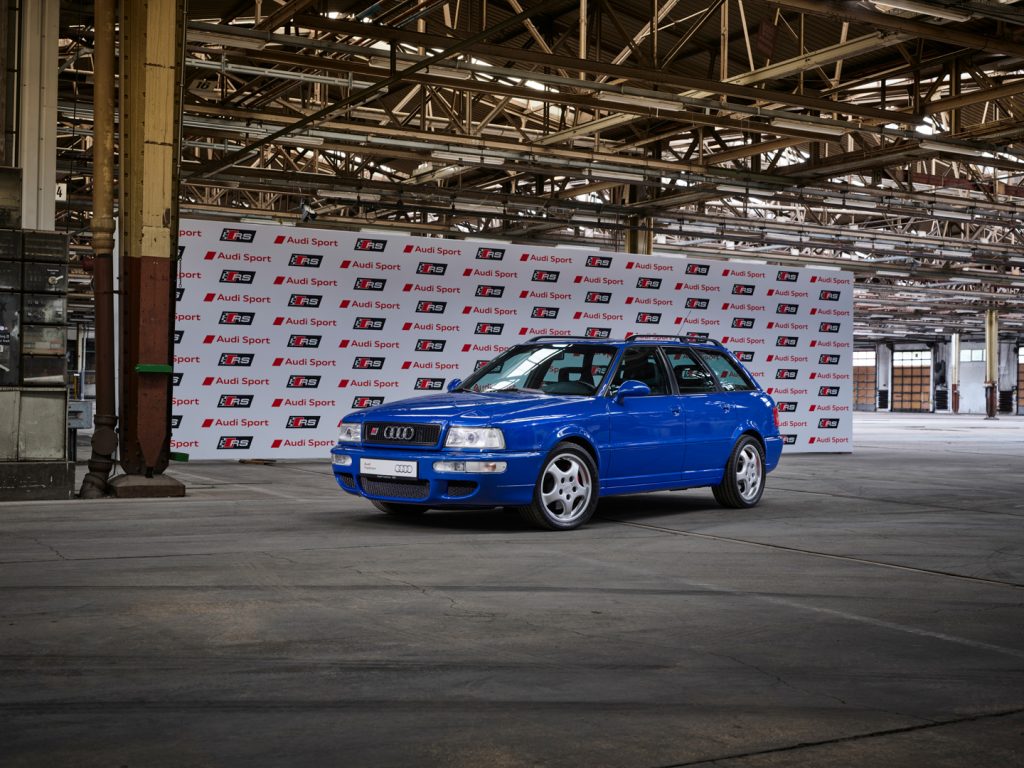 While the Audi Ur Quattro is the car that launched the four-ringed brand into the world of performance cars, it was the Audi RS2 Avant that created the “RS” line of cars. The RS2 Avant also forced people to take Audi as seriously as BMW M and Mercedes-Benz/AMG. In many ways, the RS2 was just as important to the brand as the Ur Quattro and every bit as rare.

In this new video from Auditography, we get to take an up close look at the Audi RS2 Avant, getting to see all of the details that typically only owners get to see.

Of course, the Audi RS2 Avant in this video is the classic color combo of Nogaro Blue paint over a black/Nogaro Blue interior. If you’ve ever dreamed of owning an RS2, it probably looked like this one in your head.

The Audi RS2 Avant was made in 1994 and 1995, as it was limited to just under 3,000 units worldwide. What made the RS2 so special, though, was that it was partially developed by Porsche. Its engine; a 2.2 liter turbocharged five-cylinder engine; featured a ton of Porsche tuning and made 315 horsepower and 302 lb-ft of torque. When paired with its six-speed manual gearbox, Quattro all-wheel drive and locking differential, the RS2 Avant was capable of 0-60 mph in around 5.4 seconds. In 1994, that was properly quick for a wagon.

Porsche’s influence extended far beyond the engine, though. The Audi RS2 Avant featured Porsche 964 Turbo wing mirrors and wheels. It also had Porsche brakes. In fact, Porsche worked so heavily on the RS2 that the car actually wears a “Porsche” badge on the back.

This specific car in this video isn’t stock, though. It features a Sportec ECU tune, that bumps power to 360 horsepower, a BN exhaust, and H&R lowering springs. According to the video, this car can hit 60 mph in 4.8 seconds.

Speed isn’t really the point of the RS2, though. Instead, it’s supposed to be a quick but fun family hauler; a car that can be used everyday, in any weather, and still be plenty of fun. The Audi RS2 Avant is a rare and special car and this video highlights that as well as any.

The post VIDEO: Check Out the Stunning Audi RS2 Avant Up Close in New Video appeared first on QuattroDaily.