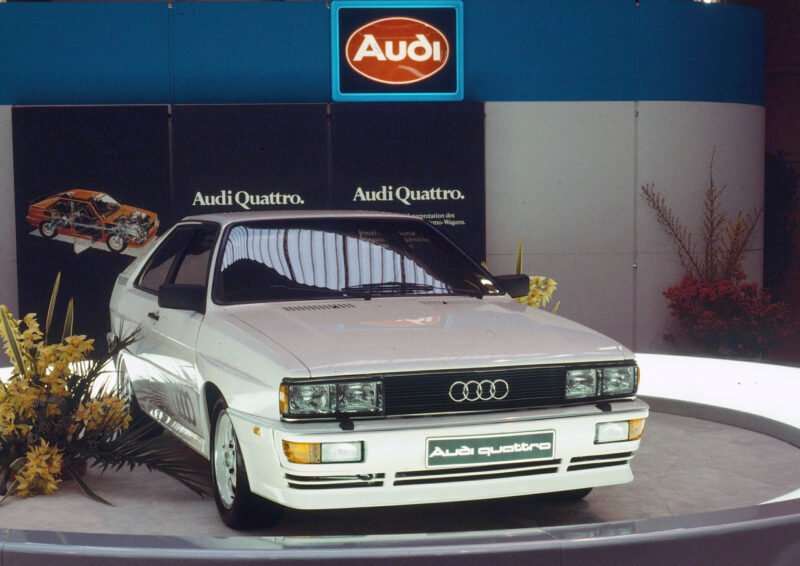 The Audi Ur Quattro is among the very most desirable classic Audis on the planet, with the only car more desirable being a variation of it — the Audi Sport Quattro. However, the original car, the Ur Quattro (“Ur” is a German prefix, meaning original) is the car that made Audi famous and it’s a car that’s becoming increasingly difficult to find in great condition for under seven figures. If you want one but don’t have gobs of cash lying around, this one on Bring-A-Trailer might just be the car for you.

Admittedly, this one isn’t going to cheap, either. However, it’s certainly going to be cheaper than the high-priced museum pieces seen at auctions. Reason being is that it’s not original and has been modified quite a bit.

While the car itself only has 126,000 miles, at the the time of writing this, its engine was swapped in 2008, for a 2.2 liter turbocharged inline-five cylinder from a later model 1989 Ur Quattro. It was then given a BlauSport “272” camshaft and 034 Motorsport Stage II fuel injection. It was dyno-tested back in 2009 and, at the time, made just over 200 horsepower and about 240 lb-ft of torque to the wheels, which is quite good considering the hefty drivetrain loss from an old-school Quattro all-wheel drive system. The engine probably makes closer to 250 horsepower at the crank.

The previous owner also fitted it with 2Bennett Audimotive adjustable coilovers, brakes from a Volkswagen Corrado G60, and a different dashboard.

It was also repainted, now wearing a Sherwin-Williams automotive-grade Galaxy Blue paint. Some of that paint isn’t in great shape, like at the front bumper and in the fuel door. But it mostly looks okay.

Considering all of the changes made, and how the paint is far from perfect, this could be an inexpensive way to get into an Audi Ur Quattro. Collectors aren’t going to want this car, so it’s one for the enthusiasts and it’s probably going to make one very happy. At the time of writing this, there are still seven days left on the auction and the starting bid is at $10,000. We’ll see where it goes from there but it could be interesting.

The post 1983 Audi Ur Quattro for Sale on Bring-A-Trailer appeared first on QuattroDaily.