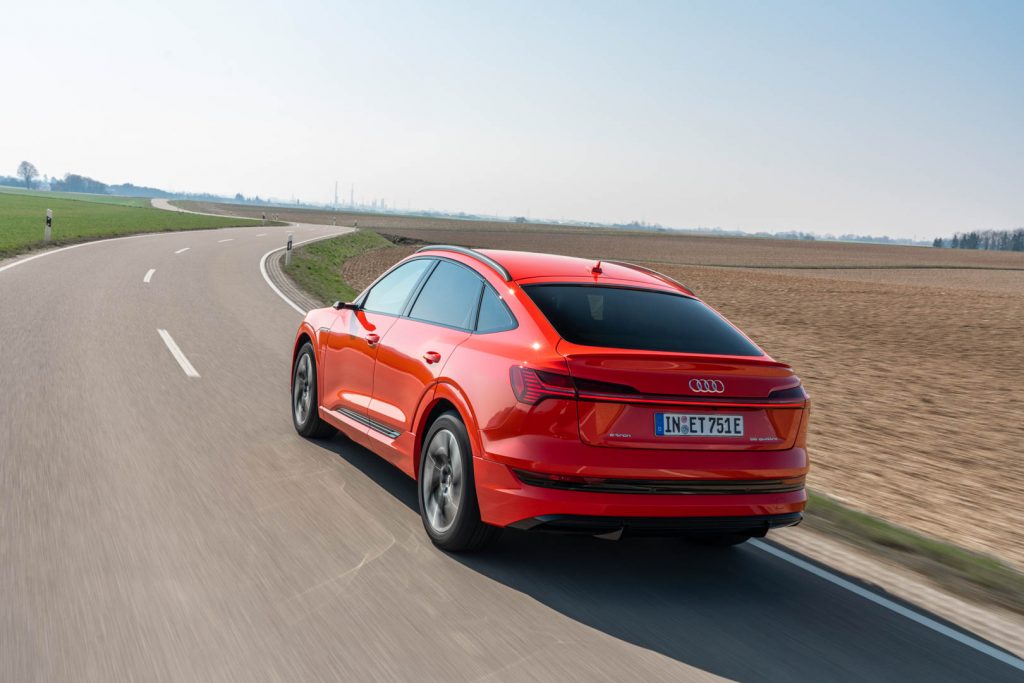 It’s almost hard to believe that the original Audi e-tron is already four years old, having debuted in 2018. It feels like yesterday that I was in Napa Valley, testing out the e-tron for the first time. Now, it’s time for a mid-cycle facelift, to freshen up its looks for customers looking to renew their leases. That facelift is going to apply to the Audi e-tron Sportback as well, as evidenced by these new spy photos. (We don’t own the photos but you can see them here)

In these new photos, the front end, rear end, and side skirts are covered in camouflage. The camo is heavy enough that it’s hard to make out any new details at all. Up front, the headlights seem mostly the same, as you can see the little notch at the bottom if you look carefully enough through the camo. The grille does seem a bit different, with what seems like little slim cutouts. Though, on a camouflaged car, it could be for testing purposes.

Out back, it seems that the taillight bar is relatively similar to what the current car has. The lighting elements may chance but the shape of the lights seems like it will stay the same. So don’t expect a ton of visual changes, if you’re an e-tron Sportback owner looking to replace your current car when its lease is up.

Though, my guess is that most of the updates will come under the skin. We know Audi is going to update the e-tron’s and e-tron Sportback’s battery tech a bit, adding some more range, and there could likely be some new interior changes as well.

At the moment, the Audi e-tron and e-tron Sportback are already a bit outdated. Cars like the Ford Mustang Mach E, Tesla Model Y, and even the BMW iX are all more high-tech, feature better batteries, further ranges, better performance, and fresher interiors. While both e-trons are good cars, they could do with some updates to keep them fresh.