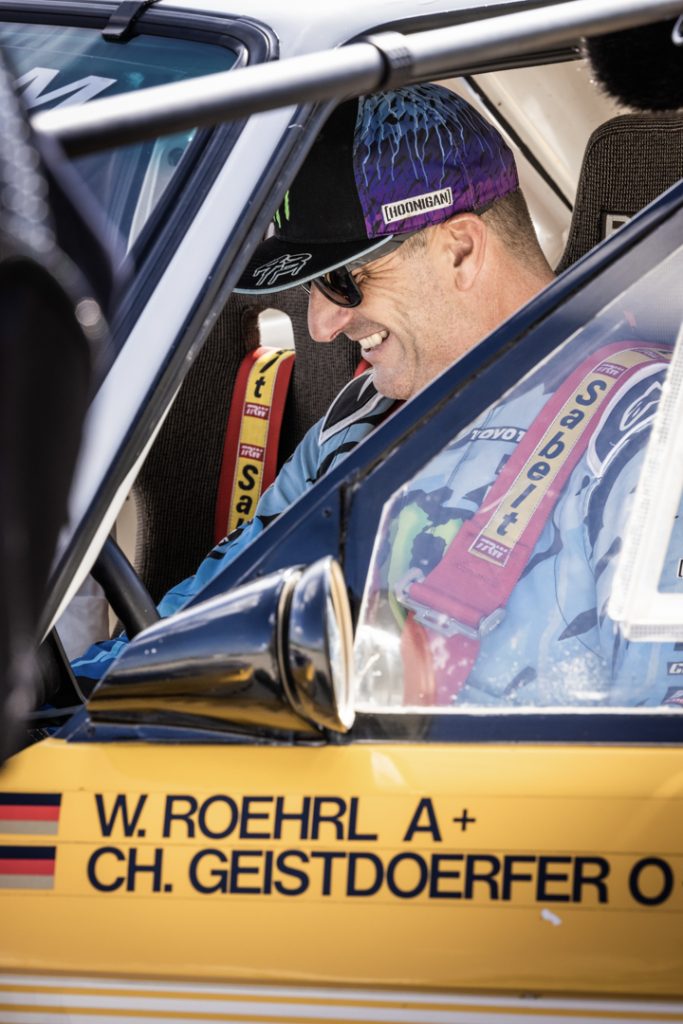 Ken Block is making the most out of his new partnership with Audi. Block has been in Ingolstadt, Germany, the home of Audi, to check out both its newest cars and its classic cars. In this latest video, Block not only gets to drive his childhood dream car — the Audi Sport Quattro S1 E2 — but a top-secret prototype racer that only five other people have driven before him.

At the Audi classic museum, Block and his team were given a tour of some of the brand’s most iconic rally racers of all time. The iconic Audi Sport Quattro S1 E2 was the car that inspired Block to get into rally racing and the Walter Röhrl-driven car was not only on hand for him to see but Block was actually able to drive in.

On a closed test track, he had the chance to hoon the S1 E2 and really explore what it’s like to drive. Admittedly his car was detuned, so as to preserve the engine and drivetrain on the extremely valuable and rare historic rally car. Still, Block had the chance to experience something very few people in the world have ever experienced.

After his drive in the S1 E2, he was also allowed to drive Audi’s top secret Group S rally car prototype, which was never actually used in rally racing. Only five people had driven it before Block and it was designed to be an even more extreme version of the S1 E2. It used the same turbocharged five-cylinder engine but was mid-engine, giving it better balance. It was also given a shorter wheelbase, far more extreme aerodynamics, and lighter weight. To be honest, it was a bit too scary to drive. Even Block admitted that it seems like it would be frightening with full power on an actual rally stage and he’s a professional rally driver.

Audi and Ken Block’s partnership has already been fruitful, even just from a marketing perspective. These videos are great and they seem like a dream come true for Block as well.