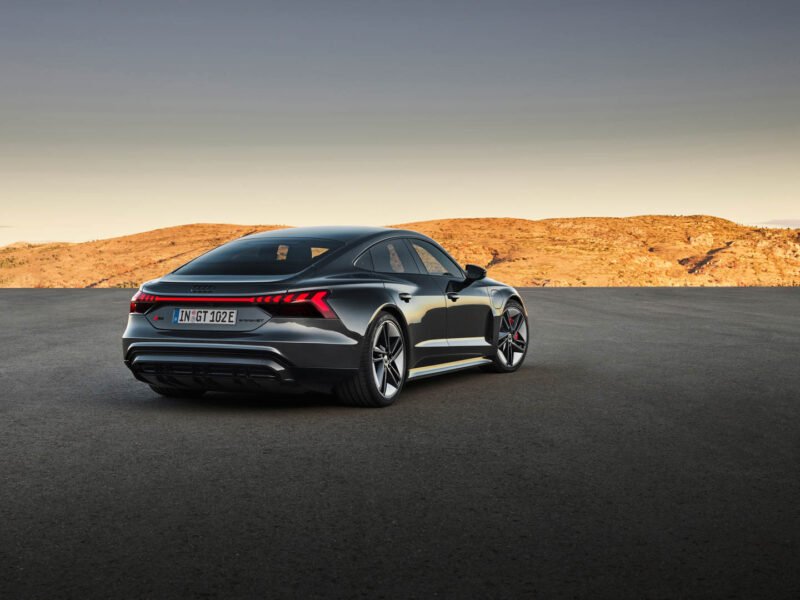 In certain Scandinavian countries, the Moose Test is one of the most important aspects of a car’s safety. The idea of the Moose Test is to simulate a car swerving suddenly, at speed, to avoid a moose — or an equivalently large animal — which is more common than drivers would like in those countries. It comprises of two relatively high-speed swerves, to simulate swerving around a moose, and then a slalom. The Audi RS e-tron GT was recently put through such a test and performed quite well.

First up was the swerving part of the test and the RS e-tron GT showed very little body roll, great control, and precise steering. It got a bit better in Dynamic mode, in which it seemed to perform a bit sharper. However, the driver clipped the first cone in almost every single test. Not sure if it was a car problem or driver error.

Next up was the slalom, which is where most cars fall down. While most performance cars can handle the first couple of swerves back and forth, only the best of performance cars can handle the final few. With most cars, they start to roll and slide too much after the first couple of swerves, as the inertia catches up with them. However, the Audi RS e-tron GT stayed flat and composed throughout the entire test, completing it without issue. In fact, it was one of the best slalom tests we’ve ever seen.

Credit the RS e-tron GT’s ultra-low center of gravity, due to all of its heavy batteries being in the floor, along with its wide, grippy tires, and all-wheel drive. The RS e-tron GT is often criticized for not being as fun as the Porsche Taycan but it’s clear that it has the capability to rival its Stuttgart sibling.