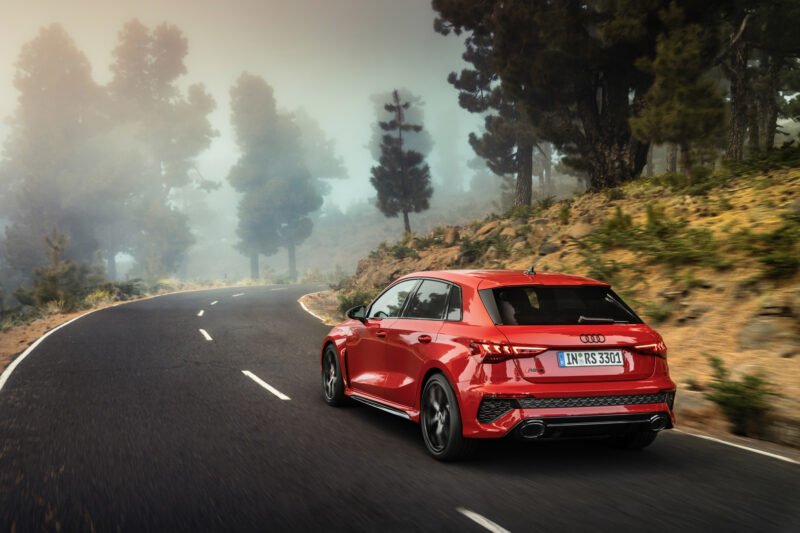 The Audi I’m most looking forward to isn’t some high-priced exotic, it’s not an uber-powerful electric car, nor is it some overly opulent luxury car. Instead, it’s a five-cylinder hatchback and I think it’s going to be among the best modern Audis of all time — the Audi RS3 Sportback.

My excitement isn’t without merit. For this newest generation, Audi ditched the previously used Haldex all-wheel drive system for a properly rear-biased setup that can send up to 100 percent of the engine’s power to not just the rear axle but a single rear wheel. The all-wheel drive system works together with a very clever rear differential to put the power down better than any transverse-engine Audi ever. Because of that, the front wheels are free from a lot of torque and, in combination with newly improve front suspension geometry, means the RS3’s front end grips better than any Audi since… maybe ever.

EVO Magazine’s Jordan Katsianis recently had the chance to ride shotgun in the Audi RS3, with Audi Sport factory driver Frank Stippler at the wheel. According to Katsianis, this new RS3 is the business.

Admittedly, Katsianis didn’t actually drive the car. But he was still able to take note of its steering precision, how well the front end reacted to inputs, how planted and stable it felt at speed, and how it reacted to corners. It seems, judging by this report, that Audi has finally figured out how to eliminate understeer.

“The new RS3 has so much front end grip it’s almost shocking, and this is despite less than ideal conditions and the Col’s slippery surface. Yes I’m sat in the passenger seat, and yes Stippler is a former Porsche Supercup champion, but the forces at work are enough to have me gripping at the seat’s side bolsters and bracing my feet against the firewall with what feels like all of my strength.” said Katsianis. 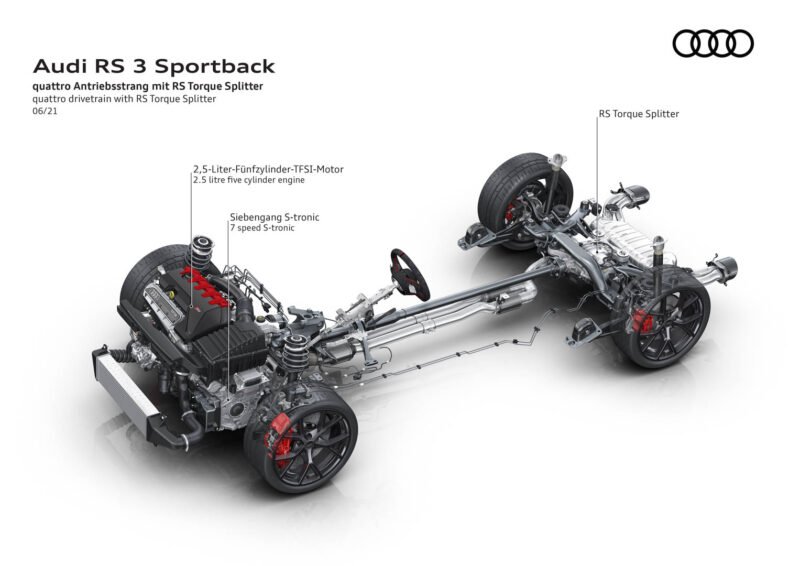 One of the aspects of this new Audi RS3 that’s very exciting is the choice of rubber. While Pirelli P Zeros are standard, there’s an option P Zero Trofeo R tires available as well. The Trofeo R is a far more aggressive summer tire, one of the most aggressive road-legal tires on the market, and that tells you all you need to know about the RS3. Check out EVO’s piece on the ride-along drive to get the hype train moving.

The post EVO Magazine Goes for a Ride in the New Audi RS3 Sportback appeared first on QuattroDaily.