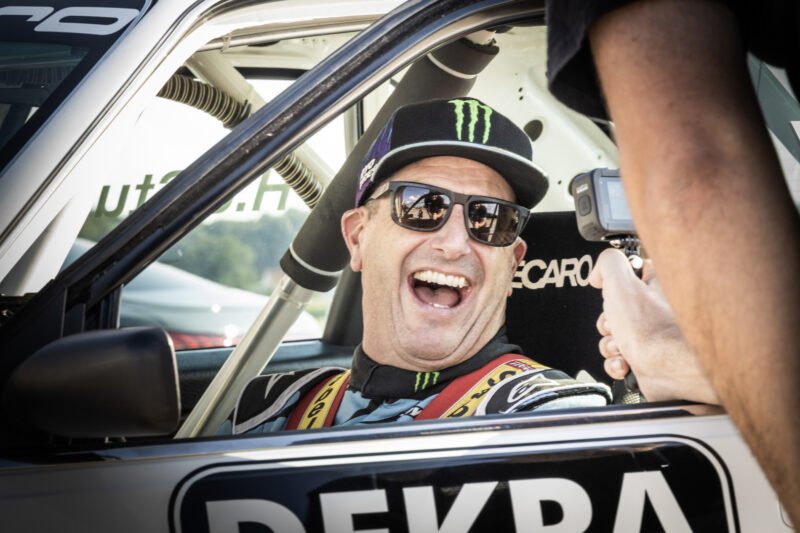 Audi recently announced its partnership with Ken Block, who will be working with the four-rings on future electrified projects. One of those projects was just announced on Block’s own YouTube channel. Audi and Ken Block will be making an electric Gymkhana video — Electrickhana.

For those not in the know (just in case you’ve been living under a rock for a decade), Block’s Gymkhana videos consisted of him tearing up the streets of different cities in stripped out drift cars. They were epic and thrilling, featuring some of the most exciting driving you’ll ever see. The next one Block makes will be with an electric Audi.

We don’t know what sort of car it will be but, according to Block’s recent video, it will be a car built using Audi’s electric racing tech. We’re assuming it will have something to do with the powertrain and technology from the Audi RS Q e-tron. After all, Block got his start in rally racing, so it’d make sense for him to use some of Audi’s latest electric rally tech.

In the video below, you get to see Ken Block take a tour of Audi’s museum, check out some of its iconic cars, and even drive some of them. On Audi’s Neuburg test track, Block had the chance to drive the brand-new Audi RS e-tron GT and the iconic Audi Sport Quattro. Admittedly, he was trying to baby the Sport Quattro, as it’s a rare, old car that’s in fantastic condition, so he didn’t want to damage it. But the RS e-tron GT he hooned. It seemed like the tires didn’t stop squealing at any point during his entire drive.

Ken Block has been a fan of Audi since he was young and the four-ringed brand is why he got into rallying in the first place. So it’s really cool to see him drive the legendary cars that he’s loved for so long. Check it out.