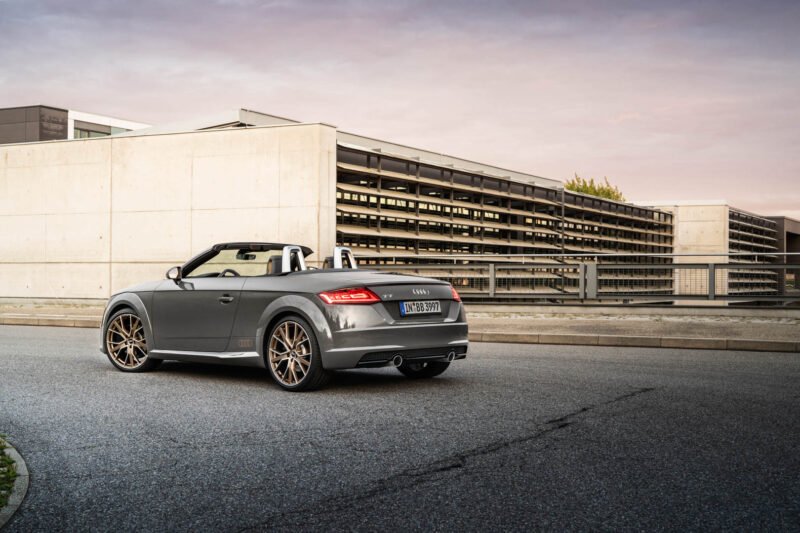 A recent report from Car and Driver claims that the next-gen Porsche Boxster is going fully electric. While there were rumors about such a switch circulating awhile back, C&D says it’s a sure thing and that Porsche will be ditching the Boxster’s mid-engine layout for full electrification. That’s awesome news on its own but now we’re wondering if an all-electric Audi TT could/should follow?

The upcoming electric Porsche 718, which will comprise of both an electric Boxster and electric Cayman, will be built on a shortened and heavily modified PPE architecture. PPE (Premium Platform Electric) is the same Audi/Porsche platform that will underpin the upcoming Audi A6 e-tron and Porsche Macan Electric. So Audi could clearly borrow the Boxster’s modified PPE platform or even assist in its development. The latter of which would be best, as it would split development costs between both brands.

According to C&D’s report, the electric Porsche Boxster will be rear-wheel drive, with the option of an additional front motor to make it the first all-wheel drive 718 in history. It’s also said that Porsche is aiming at a minimum of 250 miles of range, which is fine for a small sports car but Porsche is hoping for more, as are we. More importantly, though, Porsche is looking to shrink the curb weight drastically from its current electric car, the Taycan.

The Porsche Taycan weighs over 5,000, which is just far too much for a sports car. So Porsche apparently has a target curb weight of just over 3,600 lbs for the new Boxster, which will be great for an EV sports car but will take considerable work to meet. If Porsche splits that workload with Audi, though, it not only becomes easier but also cheaper. Additionally, both brands could profit off of the work with sports cars of their own.

Plus, it’s not like Audi and Porsche haven’t worked together in the past. In fact, there were really only two cars both brands worked on together — the Audi RS2 Avant and the Porsche Taycan/Audi e-tron GT and those cars came out pretty well, I’d say.

There’s no question at this point — Porsche is making an electric Boxster. Considering the homogenization of the modern VW Group, it only makes sense for Audi to develop some sort of TT Roadster off of the next-gen Boxster. I know Porsche would never traditionally allow such things but the main advantage the Boxster always had, and that Porsche always wanted to maintain, was its mid-engine layout. With an EV, that layout — and the handling advantage that came with it — is gone. So a potential electric Audi TT Roadster would just use the modified PPE architecture as a starting point and wouldn’t have to be a clone of the Boxster. 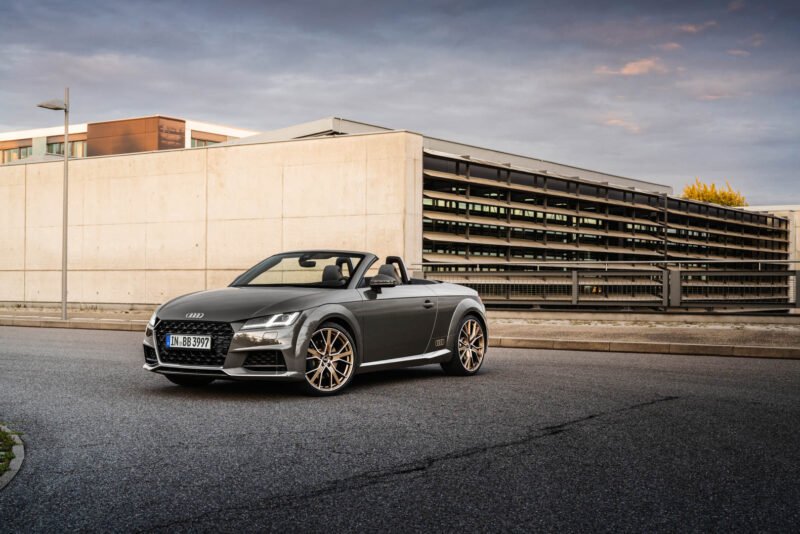 The post Next-Gen Porsche Boxster Will be Electric — Will the Audi TT Follow? appeared first on QuattroDaily.