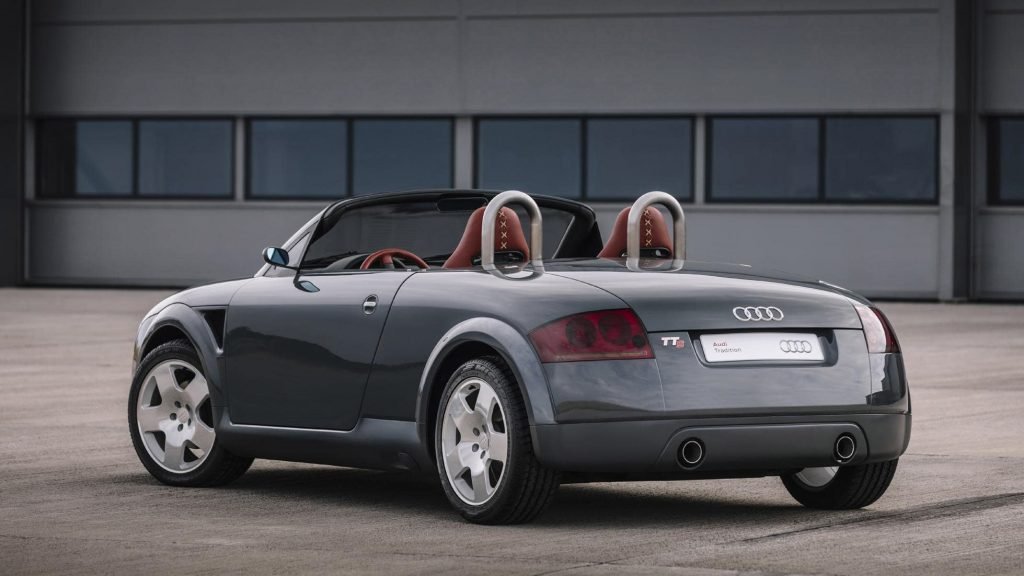 The Mk1 Audi TT went through a bit of a resurgence a year or so ago, with car enthusiasts remembering just how cool it actually is and gaining a newfound appreciation for it. Since then, buzz around it died down a bit, which is good for potential customers, as it allows them to get TTs for decent money. This one, though, could fetch a decent price, due to it being a limited-edition model.

This specific 2002 Audi TT American Le Mans Commemorative Edition is currently for sale on Bring-A-Trailer and it’s one of the coolest stock Mk1 TTs you can find, for a number of reasons. For starters, it’s the right spec; packing the upgraded 1.8 liter turbocharged four-cylinder model with 225 horsepower and a six-speed manual, with all-wheel drive. Secondly, it’s a great color combo; Avus Silver exterior over Red Silk Nappa leather interior. Silver over red is one of my favorite color combos and it looks great on the TT. For the American Le Mans Edition, the steering wheel rim is red and so is the shift knob. Rounding out the visual package, 18″ Ultrasport wheels were also fitted, which are among Audi’s best looking wheels of all time.

Only 1,000 of these Audi TT American Le Mans Commemorative Edition models were made and, of those 1,000, only 500 were painted in Avus Silver, which makes it quite special. The Mk1 Audi TT is becoming a cool classic among enthusiasts, due to its unique design, turbocharged tuning potential, six-speed manual, and all-wheel drive traction. It’s a cool little sports car that can be driven all year and it looks like nothing else.

This specific car only has around 90,000 miles on it and looks minty fresh. At the time of writing this, there are six days left on the auction and the current bid is $1,225. Whoever ends up winning this auction will get themselves a very cool car from a very limited run. Let’s just hope the price doesn’t get out of control, so all TTs don’t start shooting up.