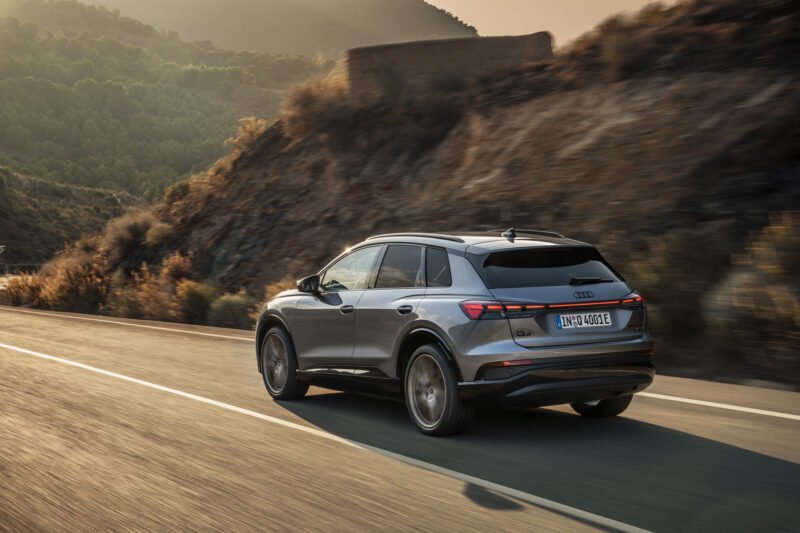 The online configurator for the Audi Q4 e-tron has officially gone live on Audi USA’s website, allowing you to build your very own electric Audi crossover. Why is that newsworthy? Because the Q4 e-tron is the first electric Audi to be affordable to the majority of its customer base. The Q5 is Audi’s best selling car and the Q4 e-tron actually undercuts its price while offering more interior space, a more modern cabin, and an all-electric powertrain.

For real Audi customers, this is a cool moment. It allows them to shop for an electric car that not only fits their budget but fits their lifestyle. So let’s take a look at the configurator and build our own Q4s.

The one I chose was the Audi Q4 e-tron 50 Quattro Prestige. That’s a bit of a word/letter salad, so let’s break it down. Being a “50” model means it gets dual motors, one at each axle giving it all-wheel drive (which is where the Quattro name comes in). Those dual motors give it 295 horsepower and 339 lb-ft of torque, which is about as much as an Audi S3. Range is 249 miles, from its 82 kWh battery, and 0-60 mph happens in a hot-hatch-like 5.8 seconds.

As the for the Prestige trim level, that brings Matrix LED headlights, a power tailgate, Audi’s Virtual Cockpit Plus, an augmented reality head-up display, and a SONOS sound system.

The Audi Q4 e-tron 50 Quattro Prestige is the most expensive version of the Q4, starting at $56,200. Normally, I don’t advocate buying the most expensive versions of any car because it’s usually not worth the money but in the case of the Q4 I think it is. Because the Q4’s powertrain is identical to that of the Volkswagen ID.4, it’s the interior, technology, and driving comfort of the Audi Q4 that will set it apart and you can’t get the Q4’s special interior tech until you jump to the Prestige trim. While $56k is expensive for a Q4 e-tron, it’s not that much more than a loaded ID.4 and, if you’re gonna spend any less and miss out on the Q4’s special options, you’d might as well get the Volkswagen.

After picking my trim level, I chose Navarra Blue Metallic paint, as it’s the only interesting color option for the Q4 in America. There’s only Pebble Grey (no cost option, the rest are $595), Glacier White, Mythos Black, and Navarra Blue. Being that I’m so sick of monochromatic car colors, Navarra Blue was the choice.

I also went with S-Line Package for $2,200 because I think it’s necessary. It brings sportier bumpers, black trim, black roof rails, sport seats, 20″ wheels, and a flat top and bottom steering wheel, which looks unique on the four-spoke design. To be honest, with all of that kit, the S-Line package is actually a good value and the best value on the entire car. A top-view camera is also $500 extra (even though it should come as-standard on the Prestige model) and is worth getting. 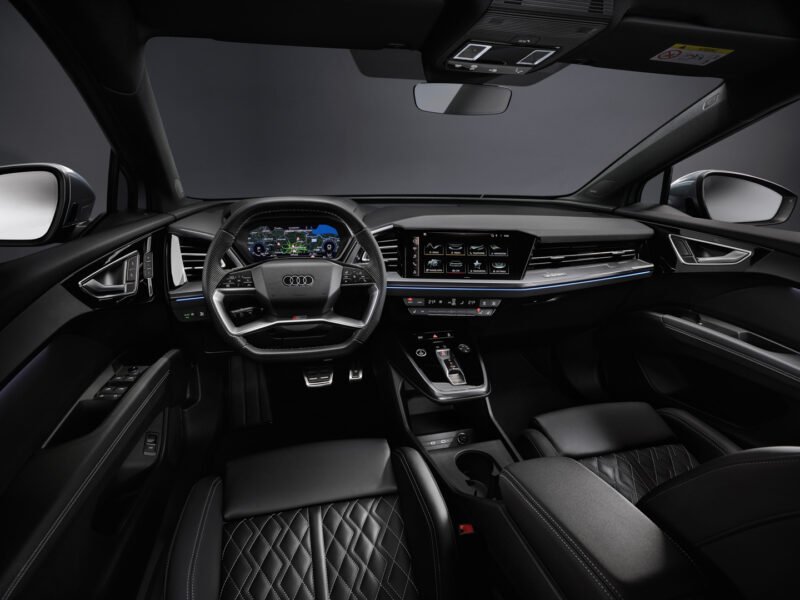 My total Audi Q4 e-tron came to $60,540, before taxes and fees. That’s honestly a bit too much for such a car, as the Audi Q4 e-tron isn’t some uber-premium EV crossover. Hell, it still has rear drum brakes at that price. Sure, it’s loaded and has some really nice features but the bits underneath seem a bit underwhelming for that price point. We’ll have to test drive one to see if it’s worth the money.