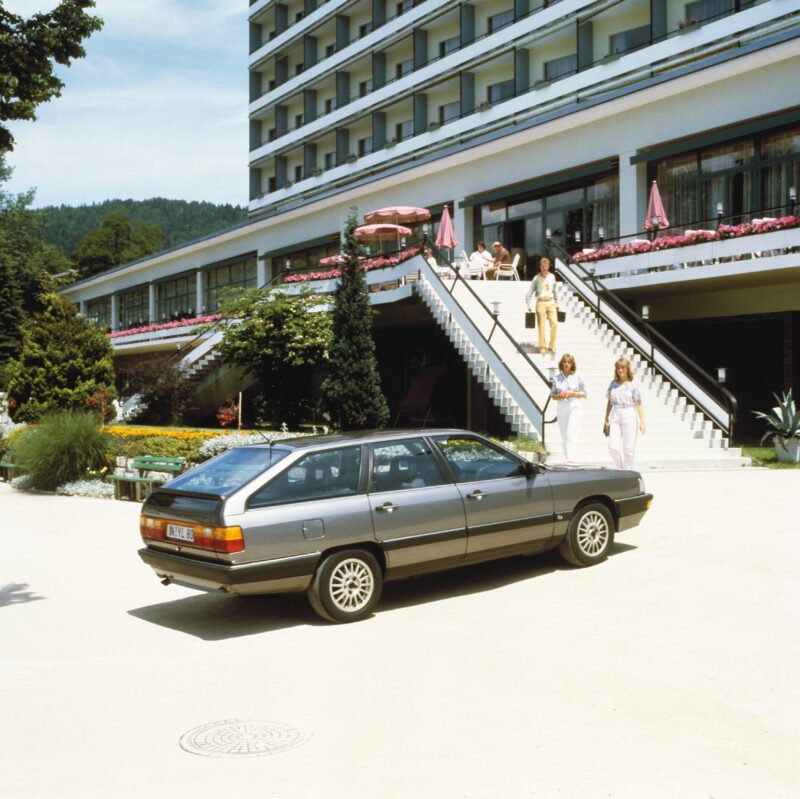 One of my personal favorite Audis from the 90s is the Audi 200 Quattro Avant. In fact, I have a little die-cast model of that very car that typically sits on my work desk. So when one goes up for sale on Bring-A-Trailer, I immediately take notice.

This specific 1991 Audi 200 Quattro Avant is especially tasty and is currently for sale in New Jersey (my home state, no less). It’s a particularly clean example with only 97,000 miles, a black exterior, a tan interior, and fantastically ’90s-looking BBS wheels. It’s in absolutely fantastic looking condition and should provide a ton off fun for whoever buys it.

Why is the Audi 200 Quattro Avant such a cool car. For one thing, it’s an Audi wagon with funky looks. For another, it packs a 2.2 liter turbocharged, 20-valve, five-cylinder engine, making 217 horsepower and 228 lb-ft of torque. That engine is paired with a five-speed manual and sends power to all four wheels, via Quattro all-wheel drive and a locking center differential.

The tan interior with wood trim also not only looks awesome but seems to be in excellent condition. I especially like the wooden shift knob, which is *chef’s kiss*.

Admittedly, the 200 Quattro Avant isn’t exactly a performance car. Its 0-60 mph time is around seven seconds, it doesn’t handle particularly well, and it’s never going to challenge sports cars. However, it’s still plenty fun to drive, has a ton of character and, despite not being a proper sports car, is still a lot sportier than it looks. Plus, it has a big back seat, plenty of cargo space, and a ton of practicality. For an Audi enthusiast with a family, this could be a very cool classic car to have.

At the time of writing this, there are seven days left on the auction and the current bid is at $3,000. I don’t know how high it’s going to go but it shouldn’t get too much higher than that, based on the typical value of the Audi 200. However, the current used car market is insane, so who knows.

The post This 1991 Audi 200 Quattro Avant For Sale is Peak ’90s appeared first on QuattroDaily.