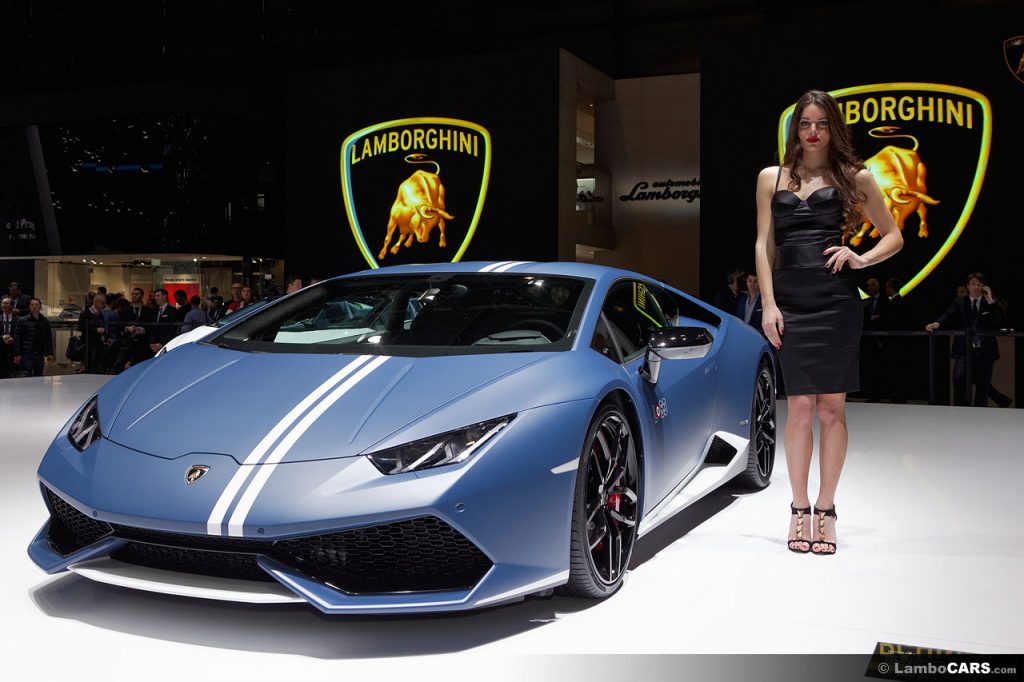 It started in 2015 already, when Lamborghini created a special series for the Chinese market, called the Huracán Zhong, limited to 50 units, and only available in either yellow or red, these were sold at the time for 3,500,000 Yuan (about US$550,000), but it seems this was only the start, as only a year later we got the first factory limited edition that was available worldwide, the Huracán LP610-4 Avio. This time production was limited at 250 units, and I have to admit one of the bespoke colors for the Avio looked rather nice, Blu Grifo, the other shades available for this series were Grigio Falco (glossy dark grey), Grigio Nibbio (matte light grey), Grigio Vulcano (matte grey) and the very special Verde Turbine (matte green), a selection of ‘livery’ contrast colors were available, either white, grey or bright orange. Other than some special treatment on the interior, the L63 logo, and contrast stripes, this was still a regular LP610-4 model.

The ‘mid-life’ facelift for the successful Lamborghini Huracán came in the form of the ‘EVO’ and subsequently the ‘EVO RWD’, and once again we got a new ‘special edition’ not too far behind the initial release, called the ‘Fluo Capsule‘, not limited nor numbered this time, the Fluo Capsule is a pack from Ad Personam that offers some really special, matt shades with one thing in common … it looks like they emit light in the dark.

For the exterior, you could opt for Giallo Clarus, a matt yellow, Verde Shock, which is a matt green paint, Celeste Fedra is a blue shade that looks really special, or opt for one of the two different orange shades, Arancio Livrea and Arancio Dac … all five shades available on the Huracán EVO Fluo Capsule were rather bright, to counteract that, they were all combined with a full-black interior. 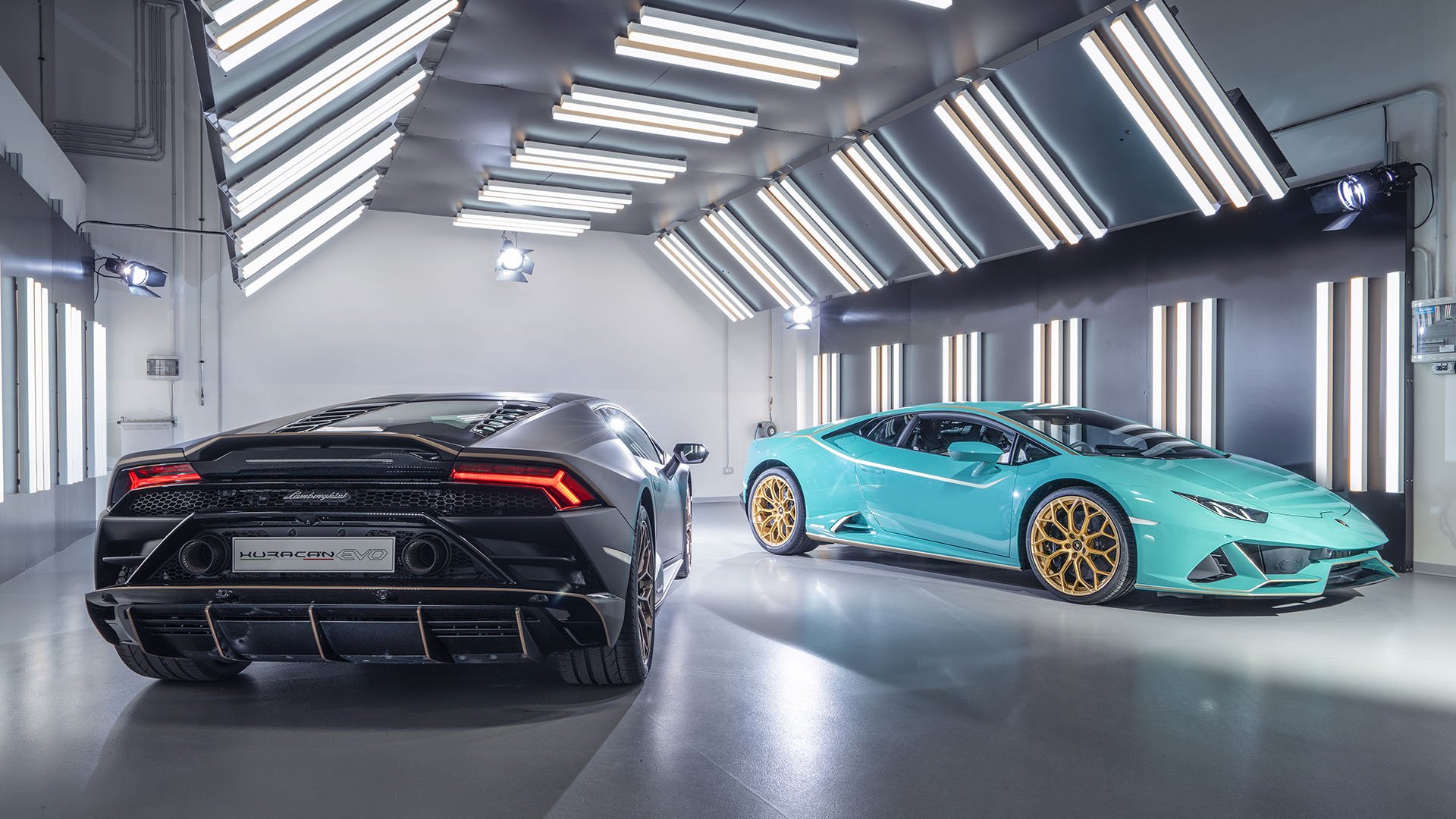 To celebrate the 10th anniversary of Lamborghini Mexico, the local distributor, Grand Chelem, commissioned four special edition Huracán EVO models, only available on the Mexican market, these represent the four key themes in Mexican culture: Vita (Life), Morte (Death), Sogno (Dream) and Tempo (Time). While the first Lamborghini showroom opened in Mexico City in 2010, today there is a second one located in Monterrey in northern Mexico too.

“Mexico has become an influential force for a growing automotive community in Latin America and we’re proud to celebrate this partnership with Grand Chelem,” said Federico Foschini, Automobili Lamborghini Chief Marketing and Sales Officer. “The four special edition models designed with the brand’s Ad Personam program present the endless possibilities available to clients when configuring their own Lamborghini vehicle.”

A look at the four different ‘themes’ for the Lamborghini Huracán EVO Mexico Edition: 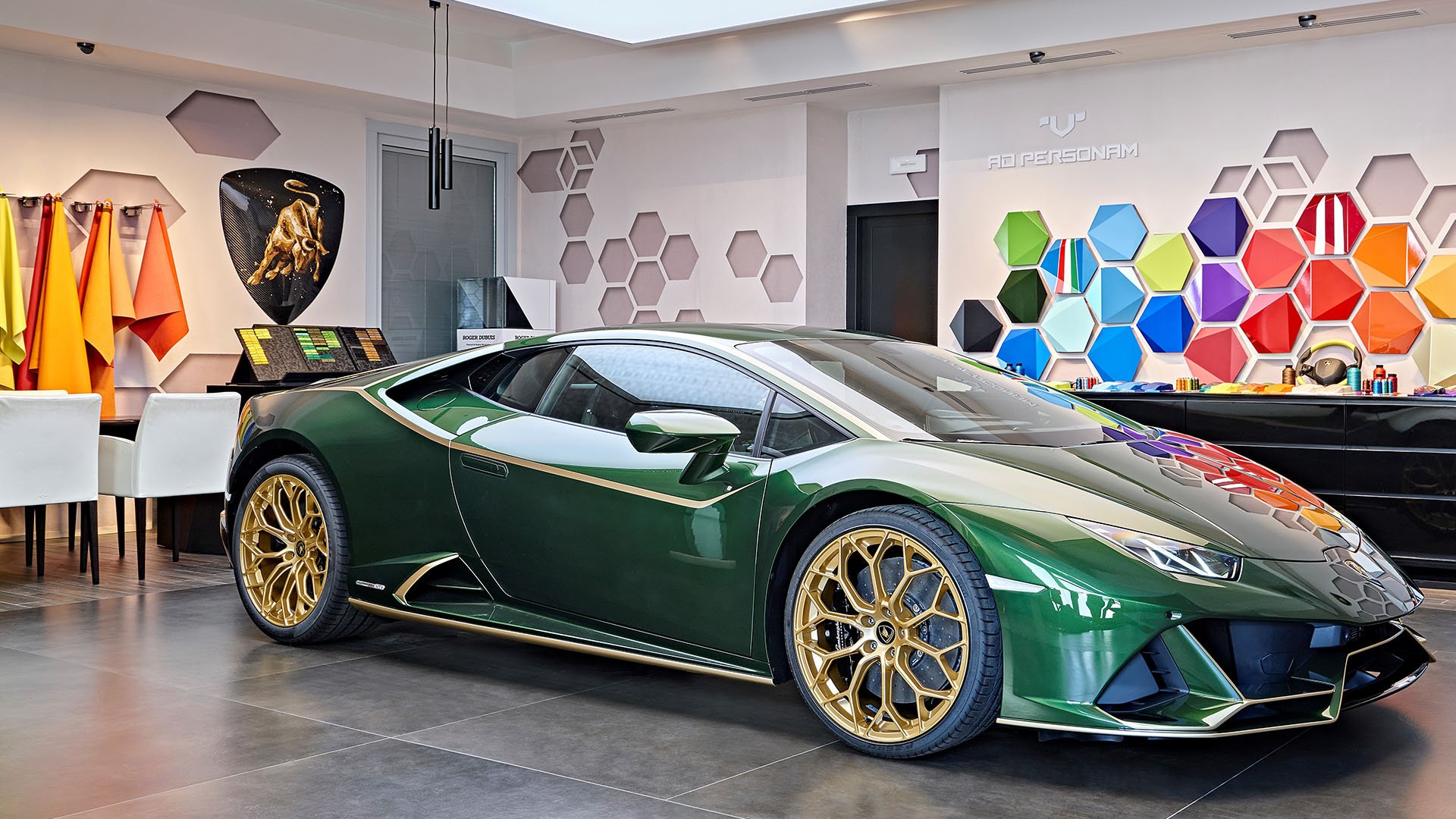 This will be the flagship version, using a combination of Verde Ermes and Oro Elios on the outside to represent life and nature, Oro Elios is as we know a special shade created to symbolize the sunrise, and gold accents are also used on the interior for trim and stitching. The firewall between the seats inside the Vita Edition shows an eagle, to celebrate freedom and the successes in life, and perpetuated in a motif that exalts the national values of Mexico and Italy. 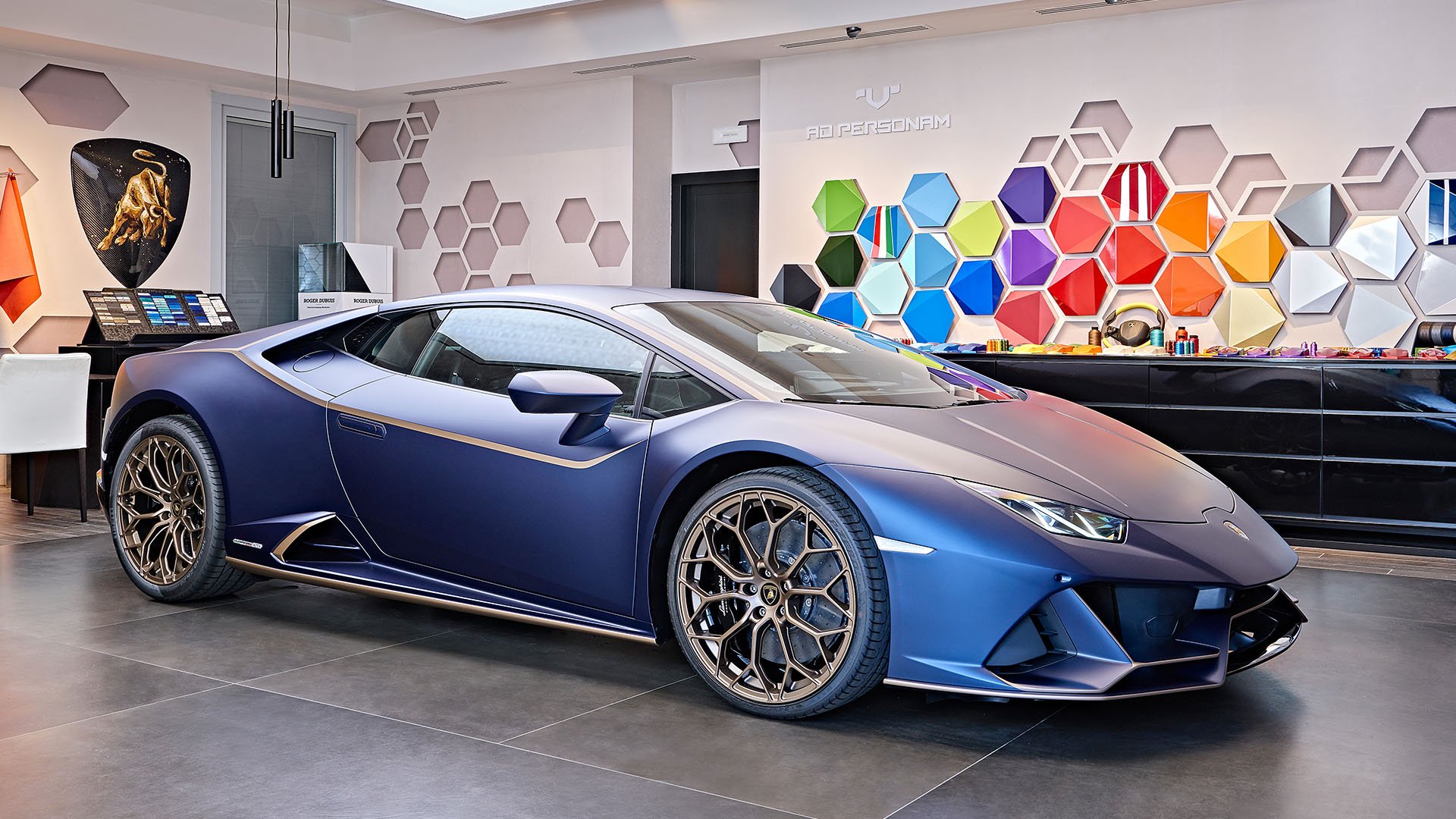 On the other side of the spectrum, we have the Morte Edition, symbolized by a skull, this reminds us to prepare for the journey between life and death, finished in Blu Astraeus with Bronzo Serse details for the outside while the interior sees an upholstery in Blu Teia Vintage (blue) and bronze stitching. 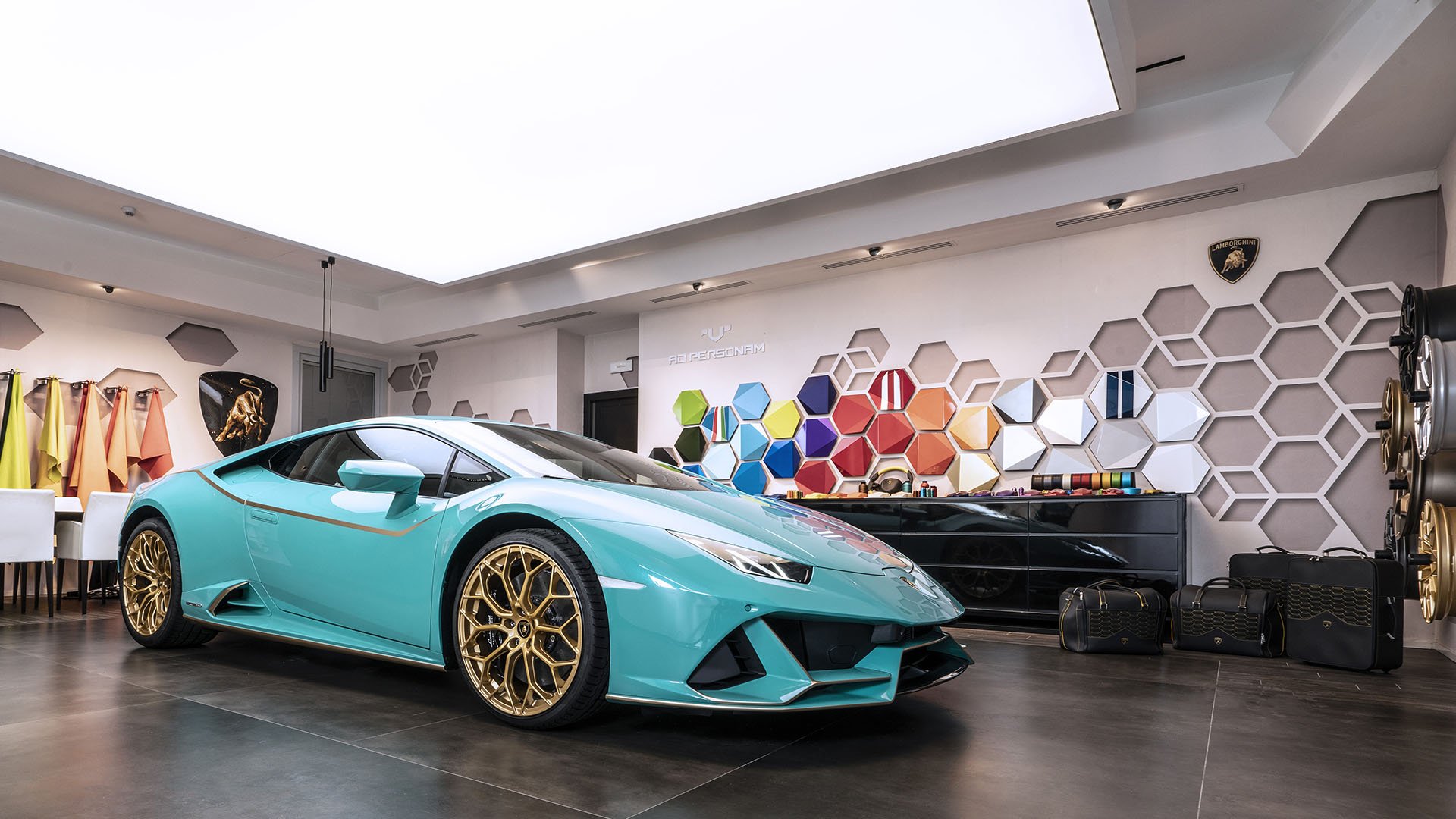 This might very well be the most distinctive edition of the four, Oro Elios is again used for the details, but this time on a Bly Symi body to get a vibrant color scheme to remind us of the mythical-like creatures seen in Mexican folk art, the interior combines black and white upholstery with gold stitching, the symbol between the seats is a two-headed dragon in this case, for our dreams with a mixture of fantasy and reality. 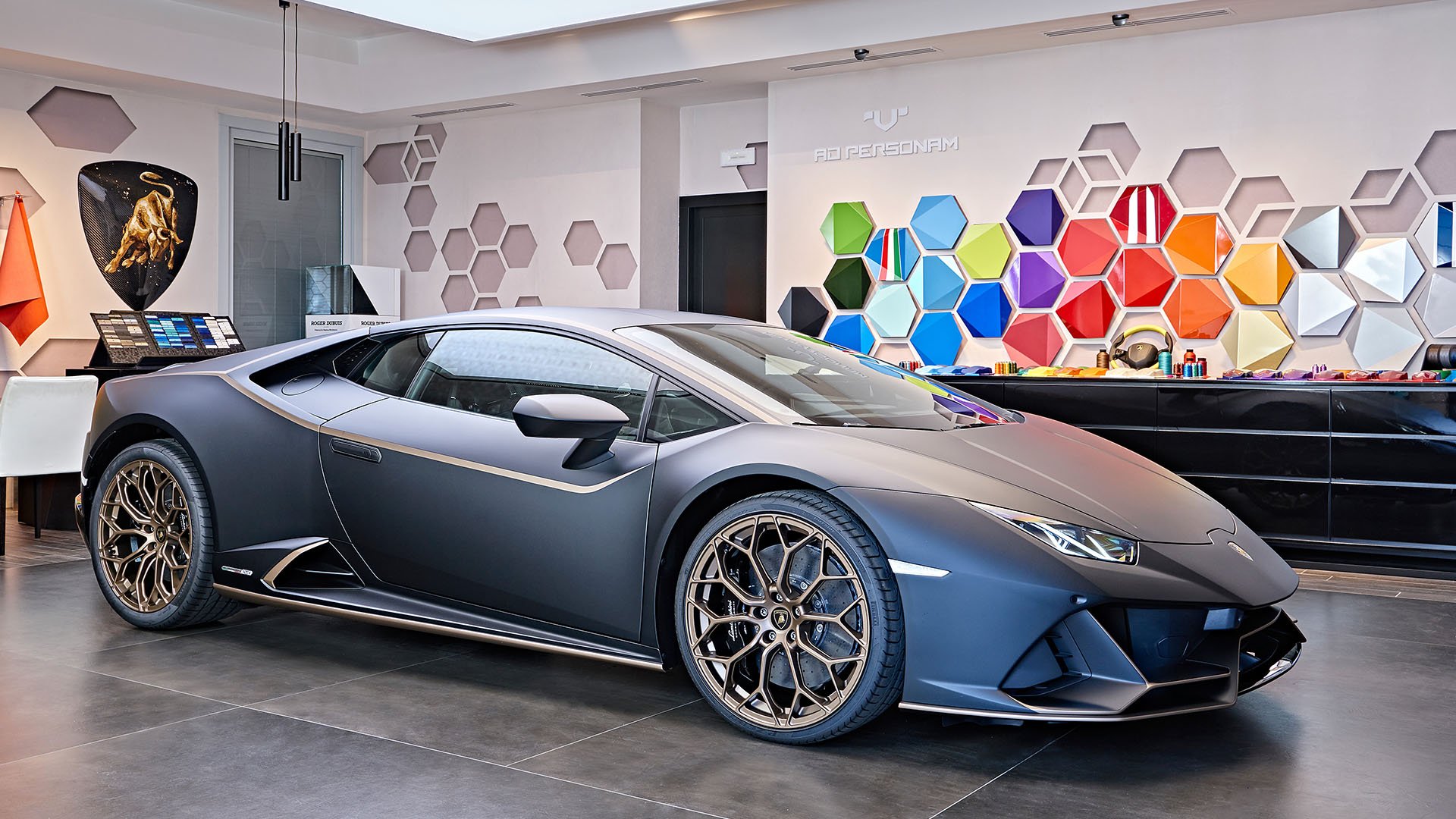 From all four Mexico Editions, this one might look the most intimidating, finished in Nero Nemesis, it does come with a few touches of Bronzo Serse, but it’s a dark, menacing-looking car, especially with an equally dark interior, sure there are bronze details on the inside, this version represents the decade-long partnership between Lamborghini and Mexico, symbolized with a plaque of a snake, representative of the reinvention of oneself by the shedding of skin. 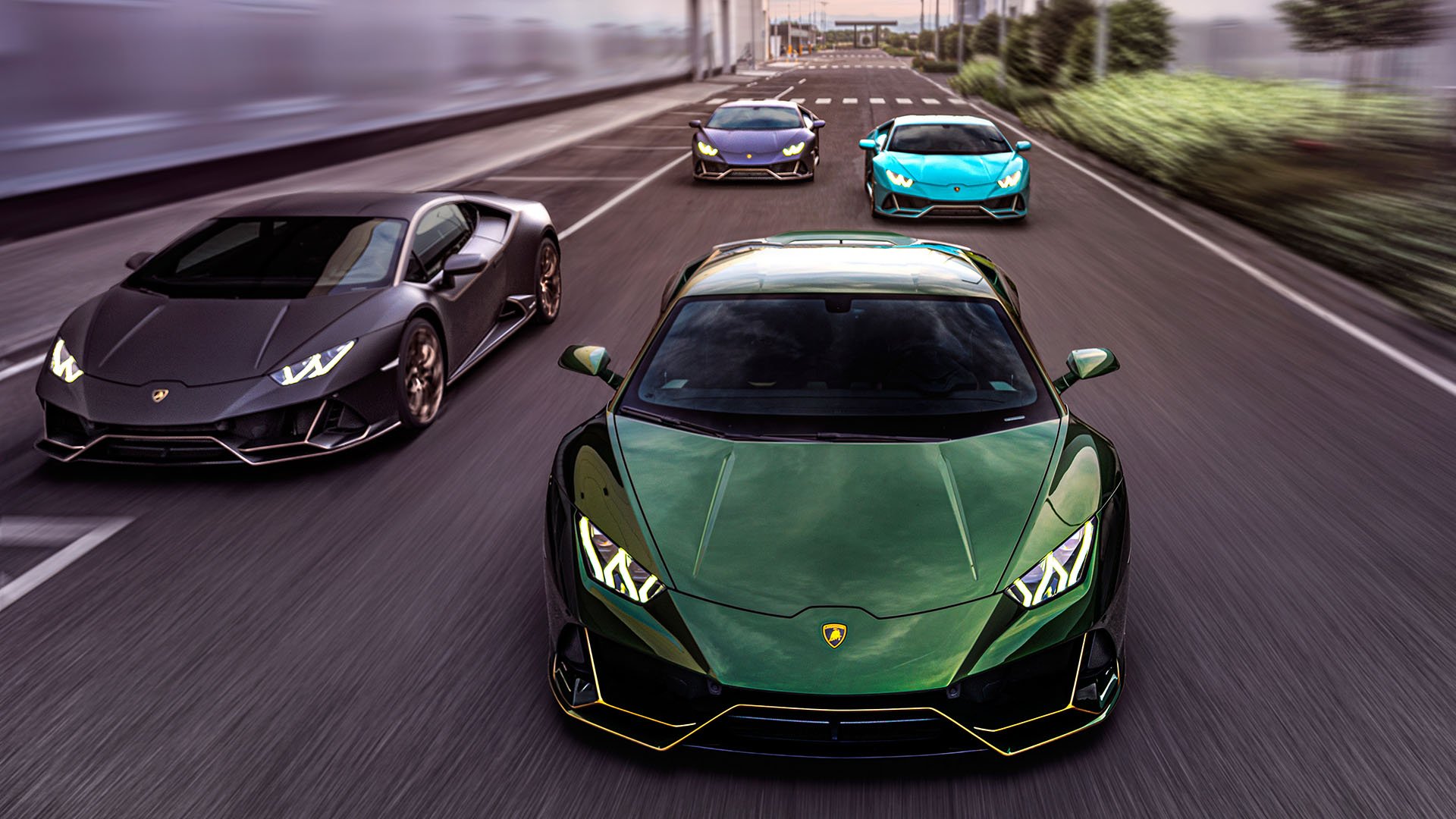 Once these special editions Lamborghini Huracán EVO arrived in Mexico, they will not be confined to a garage or the showroom, instead, these beautiful cars will go on display at some of the more important landmarks in Mexico City for the public to enjoy.

Don’t forget to take a look at our extensive IMAGE GALLERY on this Lamborghini Huracán EVO Mexico edition.