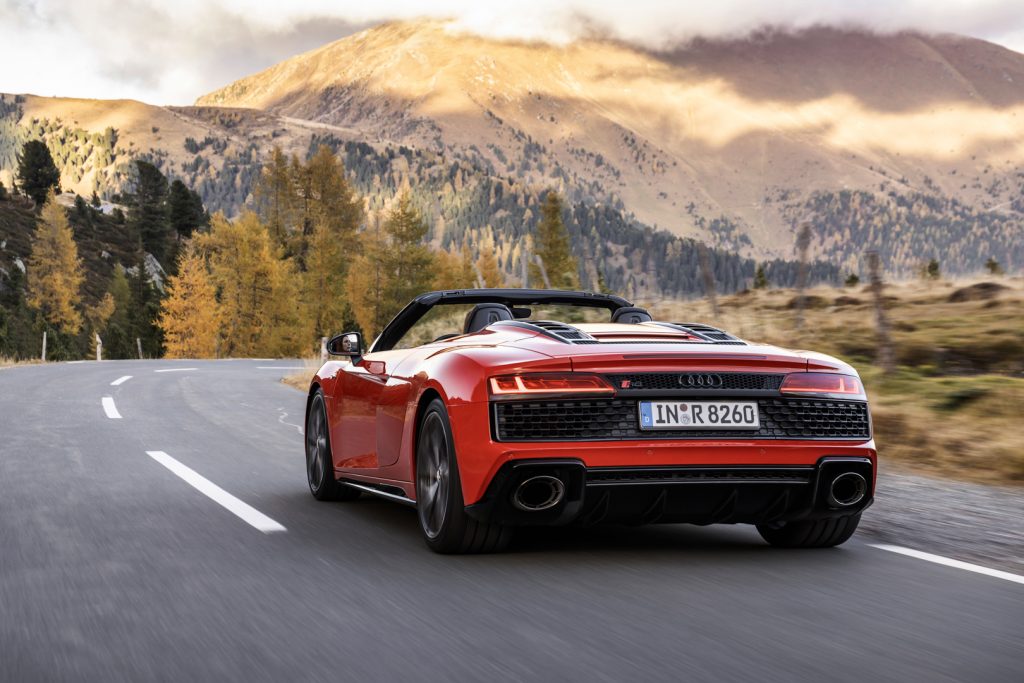 This current-gen Audi R8 is probably the most underrated supercar on the market. Not only is it bonkers quick, it makes one of the best noises of any car on the road, thanks to its screaming V10 engine, and it’s comfortable enough to drive everyday. Sure, it’s not as thrilling as a Ferrari F8 Tributo but it’s a helluva lot cheaper and can be used everyday, allowing you to enjoy its supercar goodness even more. As we see in this new video from The Straight Pipes, the convertible Audi R8 V10 Spyder is even better.

To be honest, it’s no surprise that it’s better. It doesn’t take a rocket scientist to understand that removing the roof on a supercar with a naturally-aspirated V10 is going to make it better. Ditching the roof rids you of the insulation between your ears and the engine’s noise. And with an engine like the R8’s 5.2 naturally-aspirated V10, you want all the noise. All of it.

In this video, the Audi R8 V10 Spyder used was the standard model, with 562 horsepower and 406 lb-ft of torque. That’s a bit less than the 602 horsepower and 413 lb-ft but it’s still seriously quick. Unfortunately, if you would prefer to save some money and get the less powerful model in the U.S., you’ll have to ditch Quattro all-wheel drive as well. While the rear-drive model is a bit more fun to drive, it loses some of that year-round usability. Although, the standard car is over $50,000 cheaper.

For similar money as the Audi R8 V10 Performance Spyder, you can get a McLaren GT, a Lamborghini Huracan Spyder, and three C8 Corvette Convertibles. While all of those are more thrilling than the Audi, the R8 V10 Spyder is the best combination of engine noise, ride quality, and daily usability. It also flies under the radar a bit more than the others, so if you prefer a bit of anonymity, it’s the one for you.