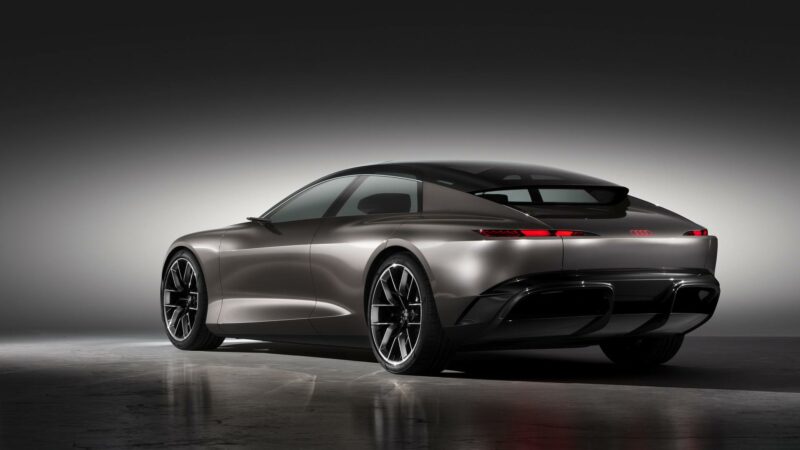 When Audi first unveiled the Grand Sphere, there were a lot of details in the press release that were hard to visualize and the press photos were a bit lacking. So it was difficult to see what Audi was talking about, when it came to certain design elements and technologies. In this new video, though, we get to see the Audi Grand Sphere in all of its high-tech, detailed glory and it’s one sleek looking machine.

Seeing the Grand Sphere in photos is one thing but seeing it in a video, watching the light dance around its body as the camera moves, shows off just how sleek and sophisticated it is. It looks like something Tony Stark would design. Or maybe that’s just years and years of a Audi/Marvel partnerships in my head.

Inside, though, is where the real mind-blowing tech is on display. Quite literally. Rather than any screens, the Grand Sphere projects its displays onto the gorgeous wood dashboard. That not only gives the displays a more elegant look but it also cleans up the cabin when the displays aren’t in use. Additionally, Audi gave the Grand Sphere physical controls, mounted on the interior door panels. They control the temperature, fan speed, what looks to be volume, and the door locks. There also seems to be a fingerprint symbol on the control panel, potentially indicating a fingerprint recognition system.

Even more interesting are the gesture controls. BMW first invented gesture controls for automobiles, for things like controlling the volume or answering phone calls. In the Audi Grand Sphere, though, they have more useful functions. For instance, you can summon the steering wheel by just ushering it to you with your hand, which causes the dashboard to open and the steering wheel to fold out. You can also pantomime the act of turning the physical temperature dial, which will then actually physically turn the temperature dial. That actually seems more difficult than actually grabbing the dial and turning it yourself but to each their own, I guess. 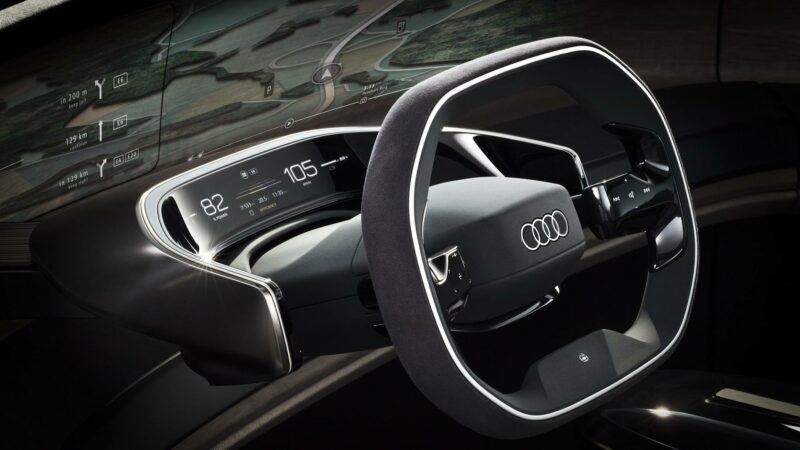 The center console also opens up to reveal glasses, though the Grand Sphere better have one smooth ride or drinking from those glasses while on the move will be tricky. Still, it’s pretty slick tech.

Obviously, not everything seen here will go into production when the Audi Grand Sphere eventually becomes the replacement for the Audi A8. However, it’s awesome to see that Audi is looking into interesting new ideas for its future luxury car.