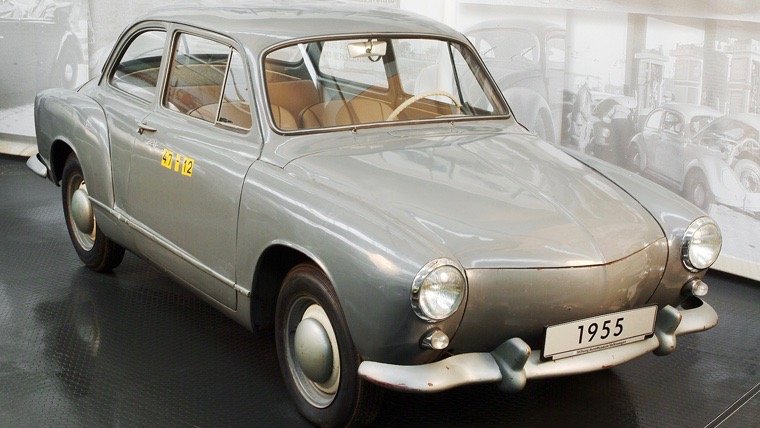 In 1974, the Volkswagen Golf launched as the replacement for the Beetle, but prior to that, several other attempts were made to replace the iconic Bug. VW recently put together a press release showing the Beetle successors that never were.

More than 70 potential replacements or variants of the Beetle were considered, including the EA47-12 prototype. It was number 12 of 15 prototypes built between 1953 and 1956 as VW’s first attempt at a Beetle replacement. It featured bodywork from Italy’s Ghia and a 1,192-cc air-cooled boxer-4 engine, rated at 30 hp and enabling a 50-mph top speed. Other notable features included a transverse-link front axle, a torsion-bar rear suspension, and a synchronized transmission, which was unusual for the time.

Around the same time the EA47 series was under development, VW also considered a new model slotting below the Beetle in size. In 1955, it completed a prototype called the EA48, which featured front-wheel drive, a front-mounted 0.7-liter air-cooled flat-twin engine producing 18 hp, and a McPherson strut front suspension. This prototype was actually faster than the EA47-12, with a 60-mph top speed.

While these early projects only resulted in one-off prototypes, VW actually built 200 hand-assembled pilot versions of the EA97 in 1960, indicating this potential Beetle replacement was much closer to production. It was reportedly killed off as workers were preparing assembly lines, in part because it was positioned too close to the Beetle and Type 3, according to VW. It seems executives weren’t fully committed to replacing the Beetle at that time.

VW also considered a Type 3 convertible as a more upmarket alternative to the Beetle convertible. A single prototype was completed in 1961, but that role was ultimately filled by the Beetle-based Karmann Ghia.

Next came the 1963 EA128, a four-door sedan with seating for six, powered by a 2.0-liter 4-cylinder engine from the Porsche 911, which debuted the same year. Three years later, VW completed the EA142, a rear-engine hatchback powered by the 1.7-liter 4-cylinder that would later be used in the Type 4, which launched in 1968.

By 1969, VW was getting closer to what would ultimately become the Golf. Like the Golf, the EA276 was a boxy front-wheel-drive hatchback, but it was powered by a Beetle-sourced air-cooled engine. Its styling was also decidedly less elegant than the Giugiaro-penned Golf. That same year, a team led by future VW chairman Ferdinand Piëch completed the EA266, a mid-engine hatchback with a longitudinally-mounted, water-cooled 1.6-liter 4-cylinder under the rear seat.