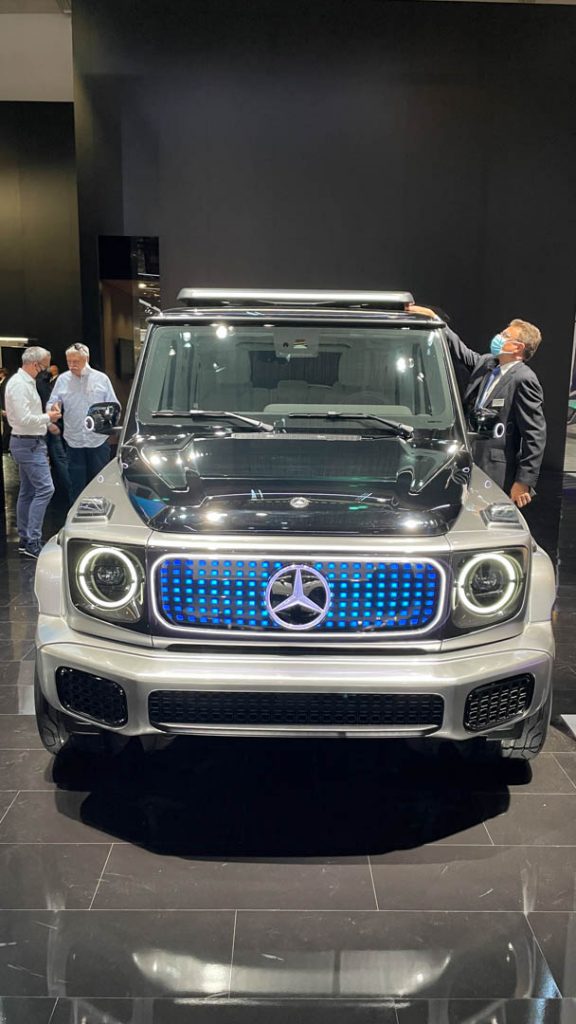 The Mercedes-Benz G-Class is one of the most interesting cars on the market. It’s a super premium SUV, with mountains of leather and wood, but it’s also one of the most capable off-roaders on the planet. It also retains the shape of the original G-Class from the ’60s and ’70s, yet costs more than almost any luxury SUV on the market. Clearly, it’s in a relatively niche market. Despite that, though, the folks in Stuttgart decided to make an electric one — the Mercedes-Benz EQG.

There might not be a more straightforward EV at the 2021 IAA. Mercedes-Benz just took a G-Class and swapped out its engine for some electric motors. Four of them, in fact, with an electric motor powering each wheel. No word on power but, without four motors, it’s bound to be a lot.

While it looks mostly like a standard G-Class but with some futuristic bits added on. For instance, it gets a closed off front grille with blue accents, snazzy 22″ wheels, small lights in the side mirrors that mimic the headlights, a roof-mounted light bar, and a square, lockable box on the tailgate that replaces the old spare tire. That last bit seems really silly. Do electric cars not get flat tires?

As with all G-Classes, the Mercedes-Benz EQG will be beastly off road. In fact, it could be even better than the standard car, which will be sold alongside this new electric one. The EQG’s prime advantages over the standard G-Class are the fact that all of its weight is low down in the belly of the car, because batteries, and its four electric motors, which will give it real-time torque vectoring. Rather than send power from an engine, through a driveshaft, to a transmission, then to a differential, which will then route power to whichever axle needs it more, the EQG can just apply power to whichever individual wheel needs it, in real time, and far quicker than the internal combustion alternative. 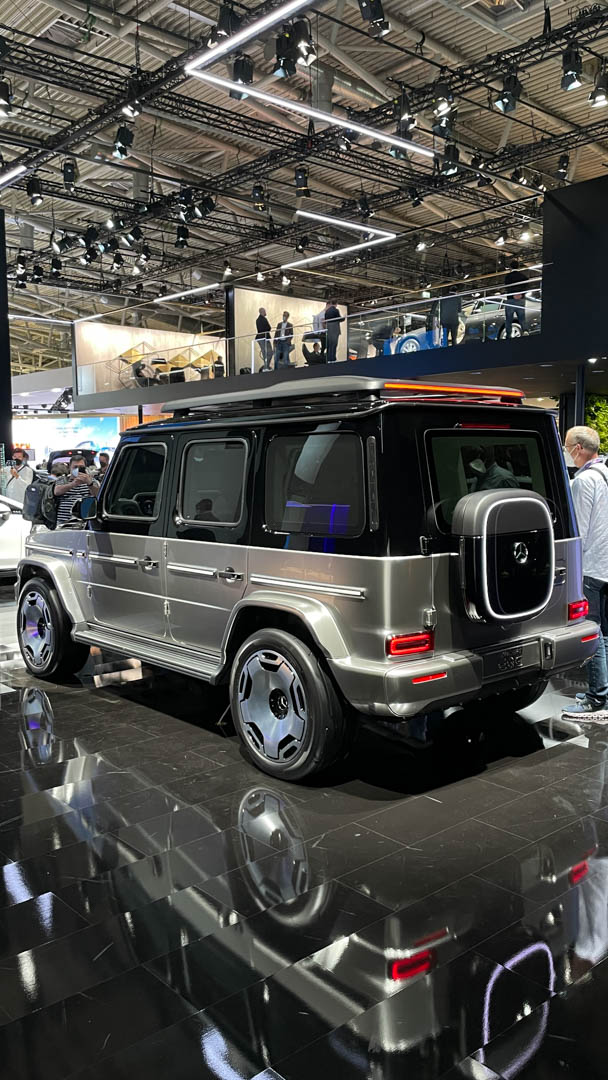 However, as with normal G-Class SUVs, an almost nonexistent percentage of customers will ever use the Mercedes-Benz EQG off road. Instead, they’ll cruise around Beverley Hills, with their drivers’ noses stuck to the headliner. 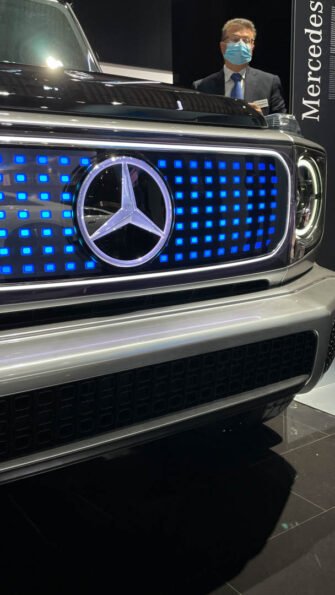 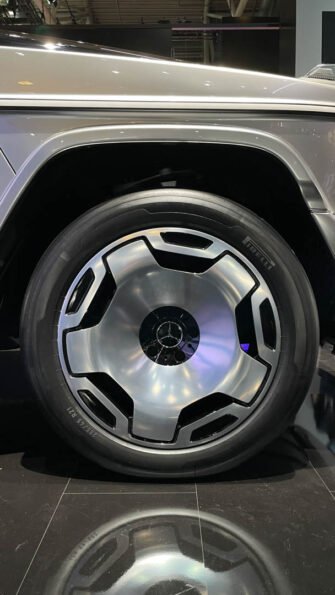 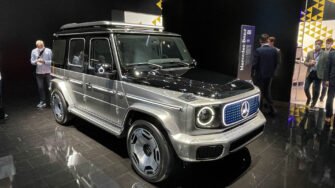 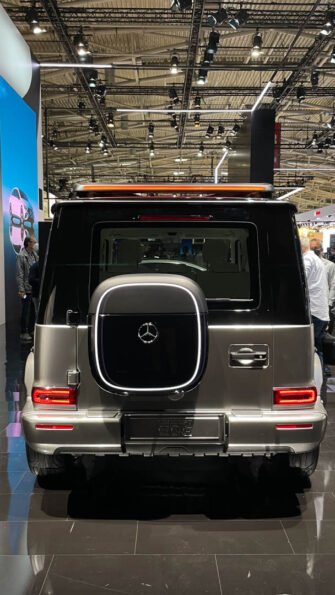 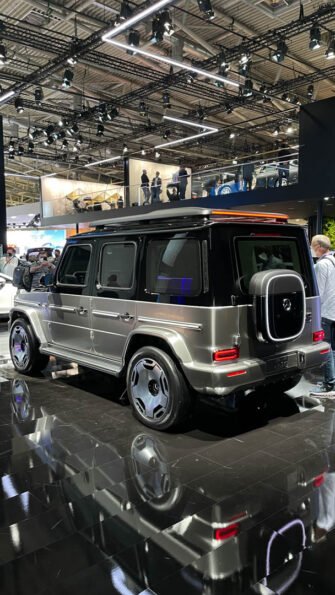 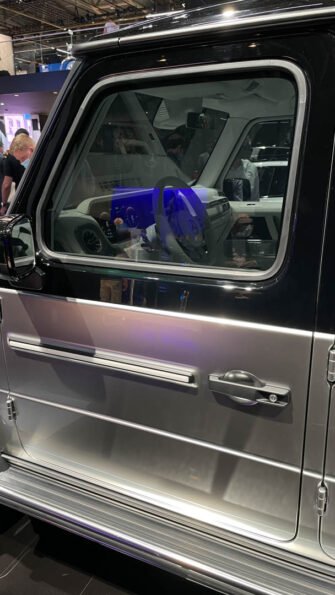 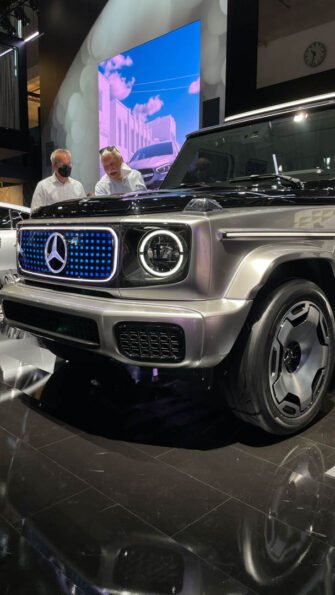 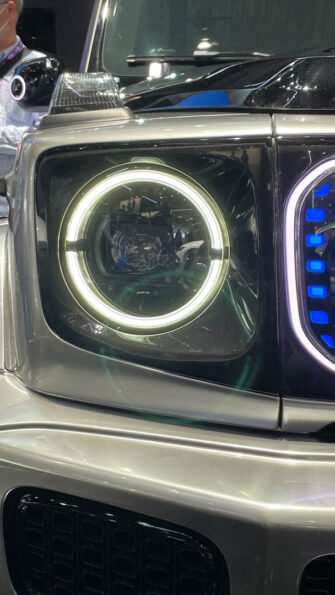 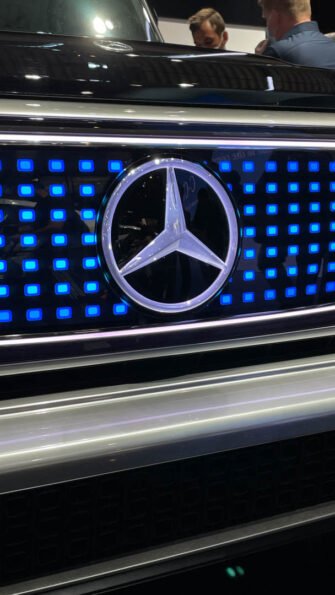 The post 2021 IAA: The Mercedes-Benz EQG is a Rugged EV Off-Roader appeared first on QuattroDaily.