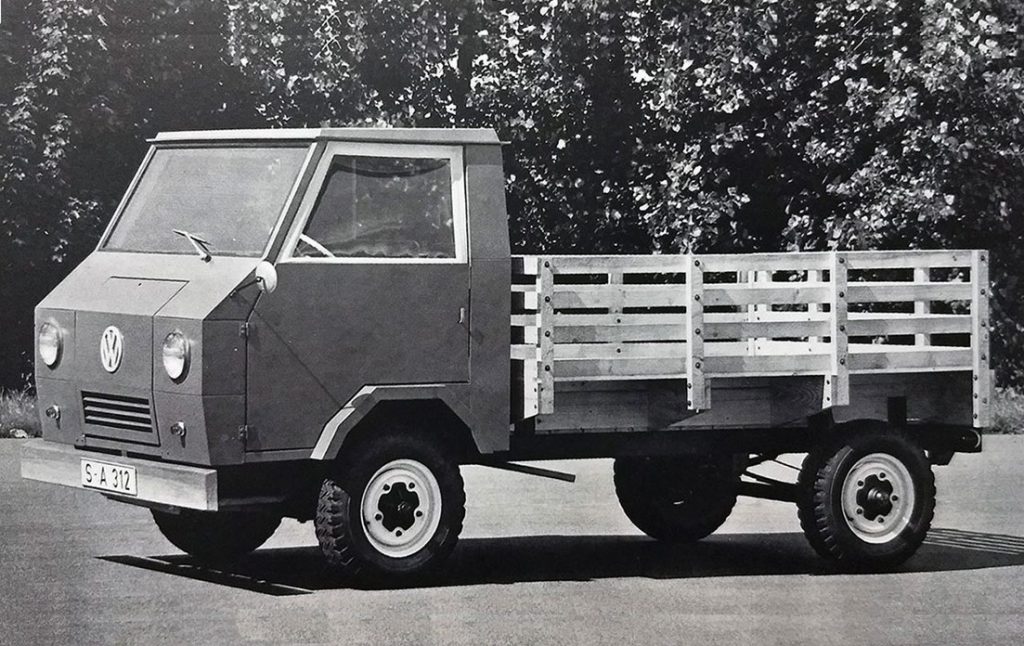 Volkswagen has made some of the most recognizable vehicles in automotive history, from the iconic Beetle and Microbus to the Karmann-Ghia and GTI. But there are a few VW vehicles that don’t hold the massive fame and recognition its peers do – like the Basis-Transporter.

This odd-looking boxy work truck was only produced and sold in developing countries, including Mexico, Turkey and Pakistan, and between 1975 and 1979, when the spike in gas prices created the demand for affordable utility vehicles.

Perhaps one of the rarest VW models ever, only 6,200 of these Basis-Transporters were produced.

“Volkswagen already had a foothold in the countries, thanks to the ever-popular Beetle, so demand for the bare-bones vehicle was particularly high,” Volkswagen explains in a story about the truck. “It also helped that they were inexpensive, easily fixable and sturdy.”

The truck used a Beetle powertrain, although the engine and transmission were fitted underneath the cab to drive the front wheels.

Speaking of the engine, these vehicles were powered by an air-cooled, 50-horsepower 1.6-liter engine linked with a 4-speed manual.

“About the size of a modern-day Volkswagen Jetta, the vehicle was able to reach 40 mph and the bed of the vehicle could carry up to 2,205lbs., making it perfect for utilitarian purposes.”

Different countries gave the Basis-Transporter nicknames. In the Philippines, people called it the “Trakbayan,” which translates to “country truck” and in Indonesia, it was sold at the “Mitra” meaning “partner.”

“Due to its limited run and distribution to select countries, intact Volkswagen Basis-Transporter examples are rare worldwide. If you see one moving on the streets, you’ve spotted something special,” VW says.